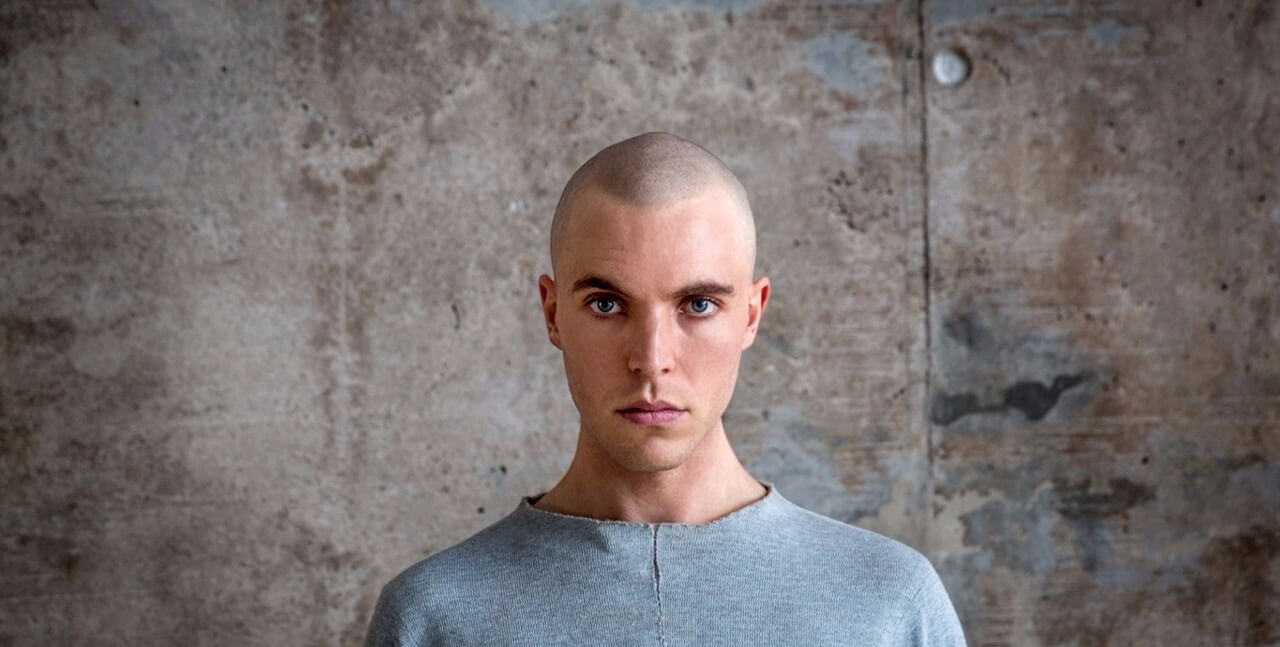 Part one of this list was an absolute hit, so it seemed natural to produce a second part. It’s pretty easy to do so considering the fact that obscure sci-fi movies are surprisingly common. That’s because Hollywood movies take precedent while the low-budget movies get dumped into VOD hell. Everybody’s going to see Captain Marvel because Disney has the money to advertise the hell out of it, but there are honestly so many other science fiction movies to see.

The criteria is the same as before. Basically, the movies on this list actually need to be relatively obscure. “Not as popular as The Martian” doesn’t cut it. Also, “recent” means within the past five years. Beyond the Black Rainbow is a wonderful sci-fi movie, but it’s also nine years old

There’s something for everybody here, but there’s no guarantee everybody will leave with something to watch. Of course, that’s the goal, but there are going to be people who go out of their way to see every movie released. Still, the ten films listed below should satisfy most readers. 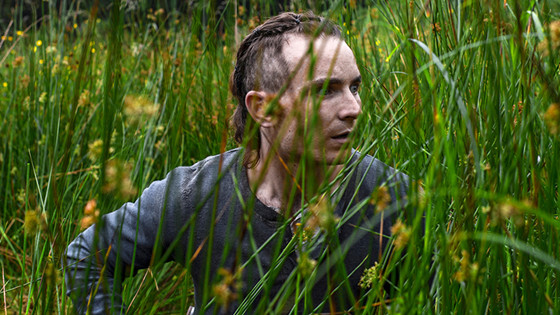 If you have the patience for it, The Survivalist is a must see. The snail-like pacing limits its mainstream appeal, but this poetic post-apocalyptic story wipes the floor with so much of the competition. It presents an authentic dystopian world without the frills audiences have gotten so used to seeing. This stripped-down approach results in movie that’s nothing short of alluring.

On the surface, it’s a movie that appears all too common. A lone-wolf survivor of a post-apocalyptic world comes into contact with two additional survivors. The viewer is then made to figure out who can be trusted. It’s made evident early on that this newly established relationship is bound to cause problems, but who will cause the problems and what will those problems be?

The cherry on top is the cast. The director isn’t the only one who subverts expectations. While this is a relatively dialogue-free movie, the three leads all know how to enchant the audience. Martin McCann’s performance as the gruff survivalist is filled with emotion. Meanwhile, Olwen Fouéré gives a performance that she has yet to top. Everybody is phenomenal.

The movie as a whole is phenomenal. There are an awful lot of post-apocalyptic movies on this list. Somehow, The Survivalist tops them all. That’s not to say that the rest of the movies are bad. It simply means that this one stands out as a groundbreaking feat that stands tall even among the big budget hits. It’s a must see.

At first, High Life appears to be another variation of Interstellar, The Martian, or any one of the recent “lost in space” movies that have been gaining traction. To some extent, it can be categorized as such, but that’s not giving it enough credit. Those kinds of movies are, by comparison, straightforward. Claire Denis’s English-language debut features some people trapped in space, but it’s not as simple as the aforementioned movies. High Life chooses to forgo genre conventions in favor of something significantly stranger.

This isn’t to say that Interstellar or The Martian are formulaic. Rather, they stick to Hollywood conventions. They both tell straightforward stories that have a beginning, middle, and end. The conflict and character motives are both easy to figure out, and the stakes are relatively high from the start. These movies have mainstream appeal.

High Life doesn’t really care if it appeals to everyone. It takes its time telling its nonlinear story. In fact, the central conflict is a giant question mark until later into the sub-two-hour runtime. Denis isn’t interested in satisfying everyone, and that’s perfectly okay. It’s okay because, at the end of the day, this is a confounding rumination about humanity and sexuality that rewards patient viewers willing to sit through some of the more experimental aspects.

It’s not just about standing out though. It’s important to note that High Life is more than just “different.” It’s a challenging cinematic experience featuring expert direction and brilliant performances all around. Its willingness to laugh in the face of Hollywood norms only makes it better. 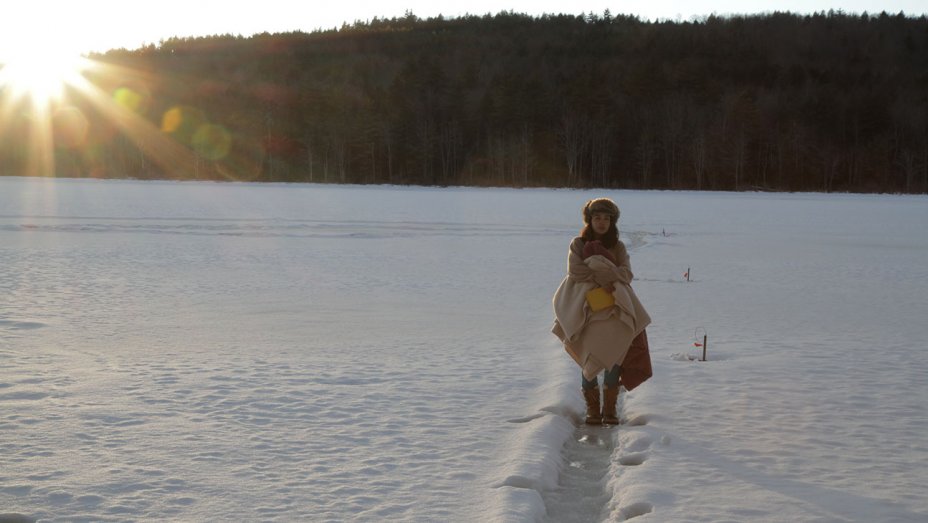 If you missed Astraea, you’re not alone. This is probably the definitive “good sci-fi movie you didn’t see.” With fewer than 100 votes on IMDb, it’s safe to say that pretty much everyone missed out on this hidden gem. It may not have a giant budget, but Astraea deserves to be seen because it has heart.

For the most part, the plot seems straightforward. In North America, most of the population has been wiped out by a deadly disease that people refer to as “the drop.” Following the drop, a telepathic girl named Astraea and her brother go on a quest to find their lost family members in Nova Scotia. Along the way, they encounter two new people who offer to help them. From there, the film focuses on the relationships between these people.

Character development is the overwhelming focus of Astraea. This is not an action movie. This is a character study about four people with different motives. Viewers are likely to be enraptured as a result of the interactions between these people. Astraea doesn’t need action to keep viewers engaged. It’s difficult to be bored throughout the film. On the contrary, you’re liable to be glued to your screen because of the unpredictability that comes from how these characters communicate with one another.

Strong character development would be nothing without an equally strong cast. Technically, this is a cast made up of nobodies, but it doesn’t feel that way. Dan O’Brien’s performance as the antagonistic James is astounding, and his performance is only made better alongside everyone else.

At first glance, Astraea appears to be a run-of-the-mill story, but that’s quickly proven false. In reality, it’s a complex character study featuring a cast of skilled actors. Don’t let the lack of viewership deter you. There’s more than meets the eye here.

Not to be confused with the 2001 David Duchovny movie, 2015’s Evolution is a completely different animal. It’s a French sci-fi/horror hybrid about an island of young boys living alongside older women who act as mother figures. In other words, it’s not about Sean William Scott saving the world and making vaguely sexual innuendos. Contrary to popular belief, that’s actually a good thing.

As much fun as it would be to compare the two movies for several paragraphs, that’s not really the point of this list, so let’s just say that the two movies basically only have a title in common. One is a contemplative coming-of-age story about prepubescent boys and one has jokes aimed at prepubescent boys. To sum it up, 2015’s Evolution is the superior movie.

The previously mentioned premise is about all you need to know going into the movie. Evolution doesn’t feature as many twists and turns as something like Mission Impossible, but it is a movie that rewards people who go into it blindly. Too much information will no doubt ruin an otherwise one-of-a-kind experience.

The predominant mystery unravels itself slowly, but the haunting atmosphere makes the slow pacing excusable. Evolution is reminiscent of the recent output of A24 horror flicks. It’s a film that largely relies on dread rather than edge-of-your-seat thrills. It’s not terrifying, but it will make you feel uneasy. Obviously, not everyone will enjoy this kind of approach to storytelling, but director Lucile Hadžihalilović has an obvious grasp on how to keep certain viewers both intrigued and tense.

Anybody who has sat through Evolution could probably explain why it’s not a giant success. This is not the type of movie that mainstream audiences flock to. While the story is relatively uncomplicated, the approach to storytelling is unusual. This will be a positive for sci-fi fans looking for something fresh, but it’s easy to understand why some people may not fall in love. 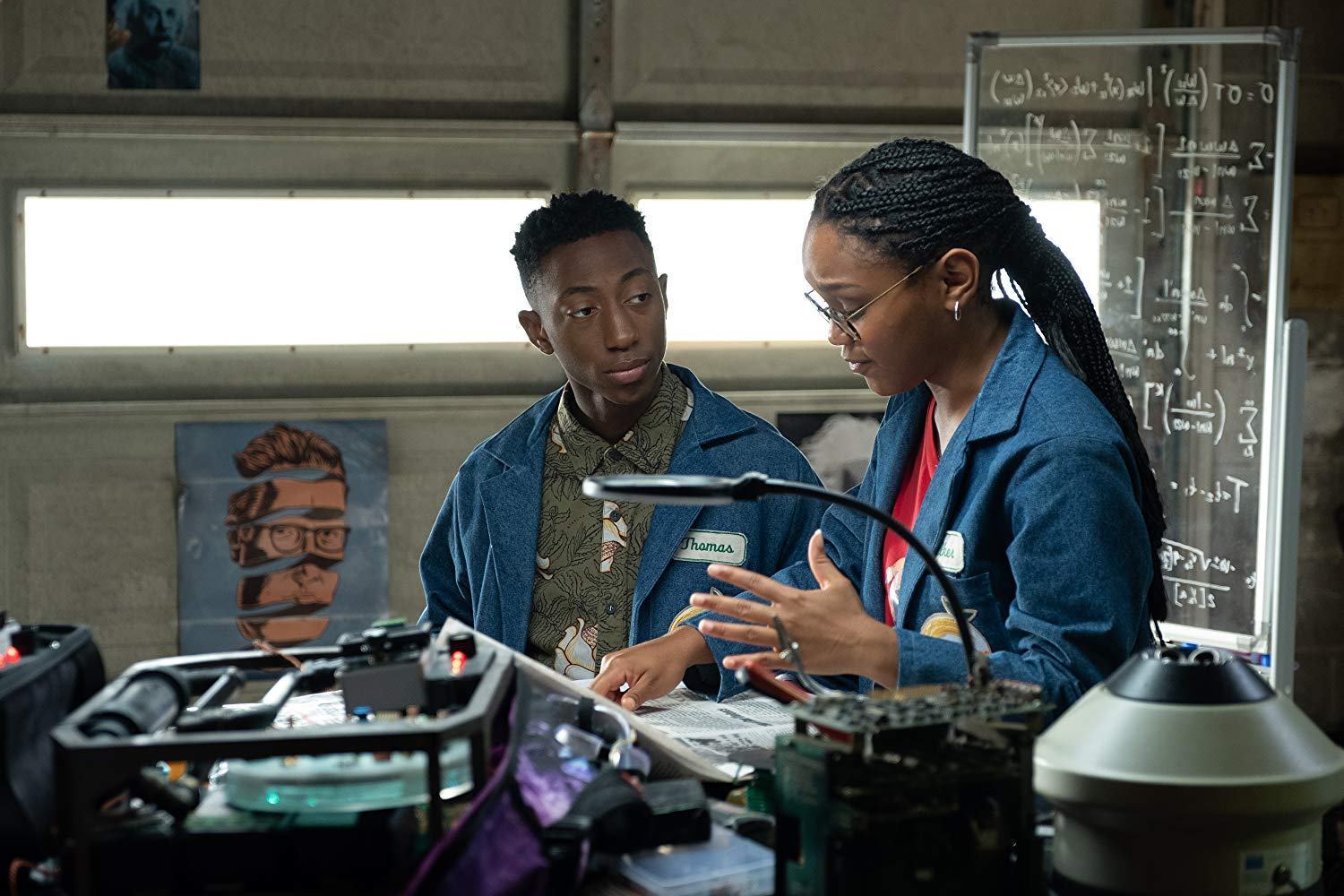 Netflix has made an active effort to release a slew of original sci-fi movies. Some of them, like Okja, are able to find an audience pretty quickly. Others, like See You Yesterday, get buried beneath countless other original releases. A lot of Netflix movies deserve to be forgotten because they’re not particularly good. Other movies, however, simply fail to find the right audience. That seems to be one of the reasons why See You Yesterday stumbled.

In See You Yesterday, two gifted high school students find a way to travel back in time. They use this technology in an effort to save the protagonist’s brother, who died at the hands of a corrupt police officer. Most of the runtime is dedicated to exploring the relationships between these characters rather than exploring the fallout of the shooting, but there is a political message here.

Luckily, it’s a political message that takes a backseat to character development. Politically charged movies can be excellent, but this material has been explored so frequently lately. Time travel can only do so much to freshen up an otherwise stale premise. It’s refreshing to see a movie that takes police brutality and approaches it in a more subtle manner.

To a lot of people, See You Yesterday is a heartwarming and funny little movie with some big ideas and lovable characters. Others won’t have the same reaction because of the film’s political leanings. This is a movie for a certain type of person, and you need to be that type of person to enjoy it. Then again, that can be said about a lot of movies, so maybe this one deserves some attention.