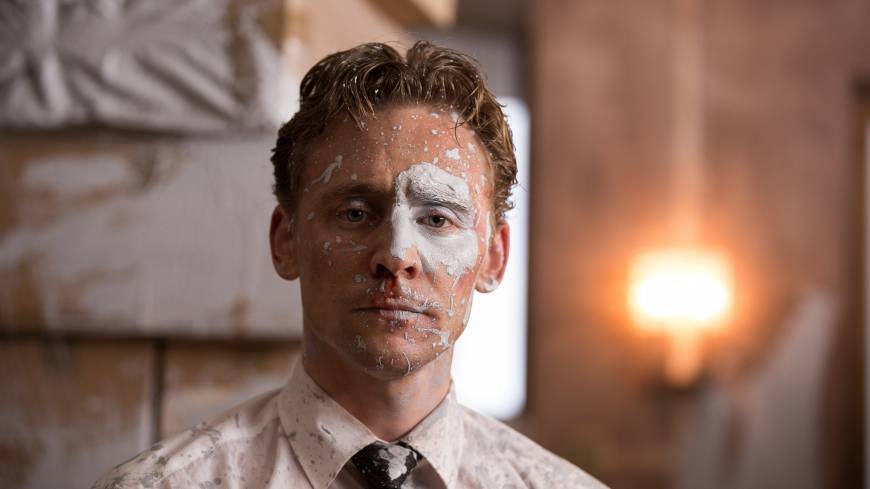 With so many films released every year, it is natural that a few slip by the wayside and don’t get quite as much attention as they deserve. Whether they were unlucky enough to be released at the same time as a record-breaking blockbuster, or the marketing didn’t quite trickle down to the right people, or they simply couldn’t afford a wide release schedule; the fate of some movies can be ruined depending on how they’re received on release. But that doesn’t mean they can’t be saved.

This list will recommend 10 fantastic films that just slipped under the radar but are definitely still worth your time.

Animation legend Satoshi Kon is best known for Perfect Blue and Paprika, and rightfully so; they are visually impressive, dramatically engaging and they’re both owed a great debt from pretty influential western directors. However, Kon’s entire career is amazingly consistent so even his lesser-known films are worth visiting.

Tokyo Godfathers takes place over one day, Christmas Eve, and follows three homeless Tokyoites (Gin an alcoholic, Hana a trans woman and former bar singer, Miyuki a teenage runaway) as they try to return an abandoned baby to its parents. This may be the most accessible of Kon’s work: he is known for fast, frenetic editing and stories that connect multiple people through dreams, television or time.

Tokyo Godfathers, with its straightforward narrative, finds a simpler way for Kon to develop his usual themes, with everyone the Godfathers’ meet on their adventure, no matter how significant, being in some way connected to them or the child. The script advances character development and plot development often in the same moment, so by the end every character is richly detailed and multiple storylines are each clearly drawn.

Tokyo Godfathers is a sweet Christmas fairy tale that manages to explore wider themes of family and parenting. It’s well-structured script, arguably, makes for a more satisfying overall story than the likes of Love, Actually which was originally released just ten days later.

Three boys decide one summer to run away from home to go live in the woods. Tired of being told what to do they go on a pursuit of adventure to prove to the world that they are little kids no longer. This debut from Jordan Voigt-Roberts is a genuine delight.

The three leads are each likable and funny in their own way and it’s really fun watching them build a dream tree house and argue about how to hunt food and the best ways to fight off creatures living in the woods.

Voigt-Roberts seems to be full of creativity flipping the film from adventure story one minute to a fighting video game the next. His unique voice makes such an impact with this film that it allowed him to go on to make Kong: Skull Island and the upcoming Metal Gear Solid adaptation. Kings of Summer is full of really cool visuals and laugh-out-loud dialogue.

But, like all good coming-of-age films, it gets the balance between the world of kids and adults right. Scenes in the woods cut between the parents searching for their boys, parents who genuinely believe that they may have been kidnapped. It’s a really clever way of making the audience look at the same thing with two different perspectives; the boys having the time of their lives and their parents tearing themselves apart with worry. The film makes running away to the woods seem unbelievably fun and deeply irresponsible, it will have you crying with laughter as it slowly breaks your heart.

Cult author J.G.Ballard is notoriously difficult to adapt to screen. His novels often balance body horror with cultural satire and exist in an alternative, but nearly identical reality. For example, High Rise is a critique of the present day, set in a 1970s that belongs to an alternate future. But screenwriter Amy Jump and director Ben Wheatley combine a clever script with interesting visuals to make one of the most original films in recent years.

Jump and Wheatley’s trick is in making the familiar seem surreal. With an all-star cast of Tom Hiddleston, Jeremy Irons, Siena Miller who each seem to behave normally and live ordinary lives, it appears that we are on familiar ground.

However, High Rise is set entirely in one giant apartment building that contains each level of a micro-society along with any supermarkets, swimming pools or offices they need. Seeing different branches of society living together in an increasingly claustrophobic space has the surreal effect of suggesting that they don’t belong together when common morality would surely argue otherwise.

The opening scene of Short Term 12 works as a microcosm for the rest of the film: a few adults are standing outside swapping work stories, they’re laughing and having a good time when suddenly a kid bursts out of the door behind them screaming and they have to chase him down, tackle him and hold him until he calms down.

Short Term 12 follows the kids and adults who live and work at a group home for teenagers. The film flips between the kids at the home having fun and playing together to moments when they burst out in anger, fighting their friends and trying to escape.

Based on director Destin Daniel Cretton’s own work experience Short Term 12 is very sweet and sympathetic film and perfectly shows that for the kids at the home, emotions, and stress runs so high that in a second it could feel like their whole world is collapsing.

Short Term 12 is also one of those magical films that seem to cast major talent just before the rest of the industry realises who they are. With a cast that includes Brie Larson, Lakeith Stanfield, Rami Malek and Kaitlyn Dever, all as relative unknowns, this film is in part made on the sheer strength of the acting talent.

While the plot follows a very simple path the emphasis is instead put on the characters all of whom, by the end, are well developed and incredibly empathetic. A film that doesn’t shy away from the darker or the lighter sides of life and proves that no matter what, there will always be someone who is willing to look after you, no matter how broken you think you are.

One of those films that has all the calibre to be an Oscar contender but got overlooked come awards season. Widows is a very well made crime thriller set in a contemporary Chicago and has an incredible amount of talent behind it.

A cast lead by Viola Davis, Colin Farrell, Bryan Tyree Henry, a script from Gone Girl writer Gillian Flynn and directed by 12 Years a Slave’s Steve McQueen. After a bank heist goes wrong and each of the robbers are killed in the process the debt they owe is passed on to their widows who are left to finish the job their husbands failed.

Balancing crime drama against a contemporary political setting (the target in the crime is a candidate for Chicago’s mayor) the film is simply bursting with ideas and themes. Steve McQueen, who often uses long shots to make his audience feel as uncomfortable as the characters on screen, instead uses the same technique to fill almost every shot with information.

In one particularly memorable scene a car, in one take and in real time, travels from an area of poverty to an area of extreme affluence. It’s an excellent way of visually explaining the massive divide in Chicago’s society and McQueen fills the film with moments of genius like this.

World building is not something that normally gets much attention when talking about crime films, but it’s a key part to Widows success. The film balances a lot of settings and many, many characters but manages to properly develop everyone, in a feat that is akin to Michael Mann’s Heat. Widows is an expertly well-realised film that uses everything within its power to develop high stakes and drama, nit just relying on plotting and the script.