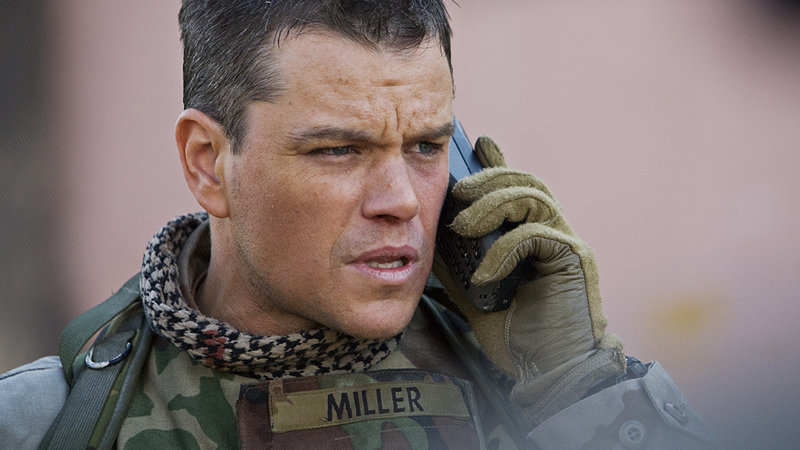 There are directors who at first look seemingly have a perfect career, but if you take a closer look at their filmography you will find a few stinkers.

Because if you make films for long enough then it doesn’t really matter how great you are, eventually everyone makes a bad film.

Alfred Hitchcock is easily the most productive director on this list as he directed 55 films, and the fact that about 80 percent of those films have gone on to become highly respected classics that are still repeatedly rewatched just proves how perfect his career really was.

Out of 55 films there are obviously going to be a few films that are lesser than others. But even his lesser works are still absolutely worth watching, except for “Family Plot.”

“Family Plot” was sadly his last film and was an absolutely atrocious note to go out on. This disaster of a film became his swan song, even though it’s more accurate to describe it as a pig squeal.

“Frenzy” was a perfect showcase for everything that made Hitchcock a great director, but instead of ending things there, he decided to make this unbelievably messy and unfocused comedy thriller that lacked both laughs and tension and ended up being the most lifeless and meandering slog that Hitchcock ever directed.

The sad part is that this wasn’t even planned as his last film as he had already started production on a spy thriller named “The Short Night,” but that film fell apart after his health started to decline.

Which is tragic, because Hitchcock deserved a better swan song than “Family Plot.”

David Fincher was the victim of bad luck when he was handed the job of directing “Alien 3,” because it was ruined by studio interference, and because of that, the Theatrical Cut is complete garbage. The Assembly Cut, on the other hand (which is as close to David Fincher’s original vision for the film as we’ll most likely get), is a masterpiece.

The Assembly Cut adds in all of the missing atmosphere, tension, character development, and thematic complexity that was missing from the Theatrical Cut.

It’s almost as if the producers saw his original cut and then decided that the best course of action was to cut out all of the best parts and then release a much shorter, shittier, emptier version into theatres that everyone would obviously hate.

The production was a complete mess and almost drove Fincher away from filmmaking altogether, which would have been a shame because every film he has made since has been either great or a masterpiece, and frankly he has yet to make a terrible film on his own.

The fact that he was somehow able to get anything close to a functioning movie out of the hellish production is a miracle, and the fact that we even have the Assembly Cut is a blessing.

Fincher has gone on to disown the film all together and it’s easy to understand why; he went through hell and had to sit back and watch the producers tear apart his movie, and then he ended up with all the blame for its awfulness.

Who wouldn’t disown a film after that? 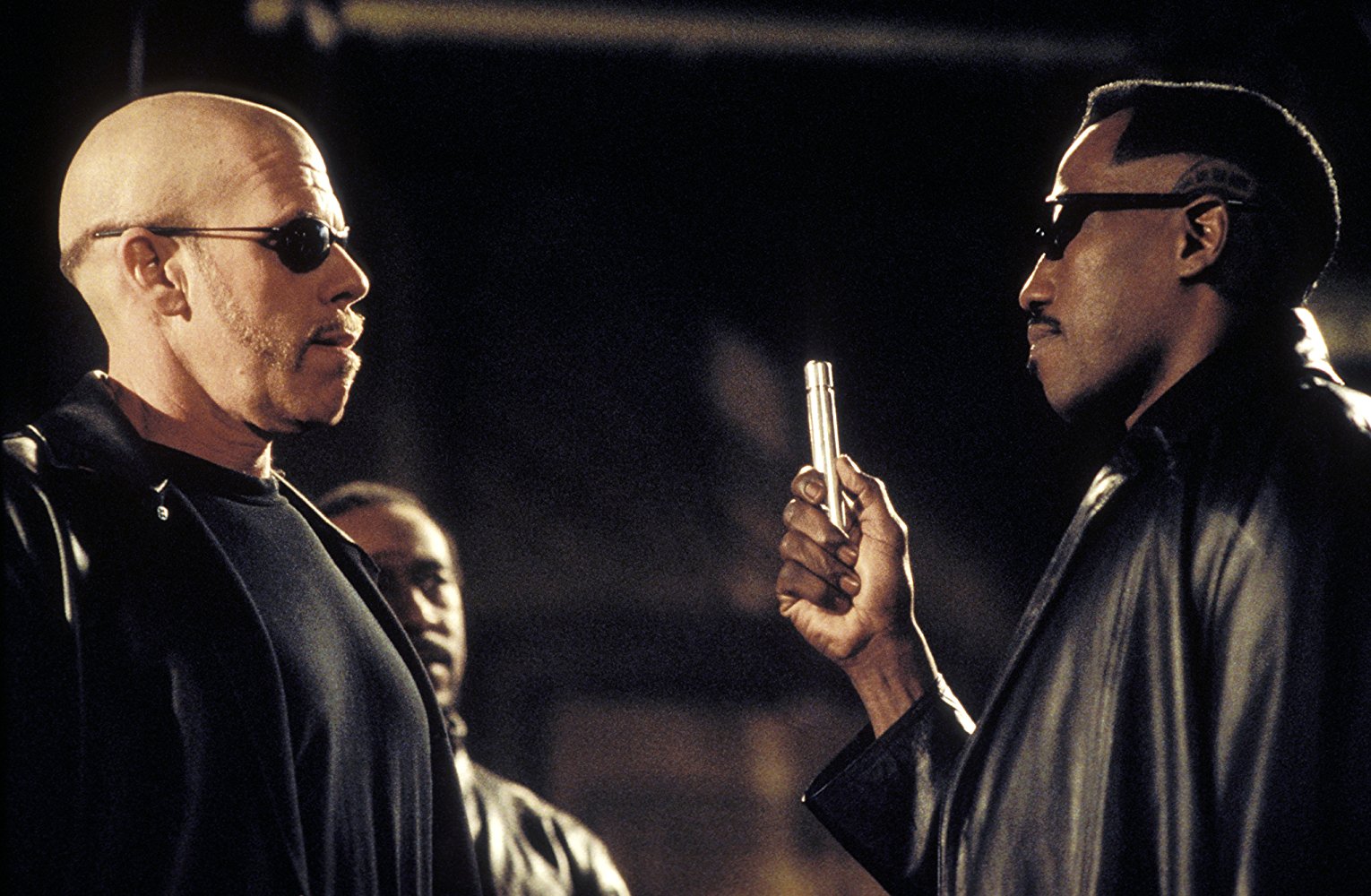 Guillermo del Toro is a great director with a unique style that seeps through in (almost) every single film he has made.

His style came out seemingly fully formed in his great directorial debut “Cronos,” which he followed up with the highly underrated “Mimic” and his first masterpiece “The Devil’s Backbone.” But then in 2002, he took the first misstep of his career when he agreed to direct the sequel to the hit superhero flick “Blade.”

The trouble with “Blade II” is that instead of doing his own thing and making a del Toro film, he instead decided to bend and distort his vision to fit with the style of the first film. The style established by Stephen Norrington just didn’t fit comfortably with del Toro’s sensibilities, and the end result is a awkwardly assembled mess.

It’s also the first and only time that del Toro was working with a script that he didn’t either write or co-write; the screenplay is absolutely awful and is easily one of David S. Goyer’s worst scripts to date.

But thankfully this film was a hit, because otherwise it could have killed del Toro’s career, and then we wouldn’t have gotten “Pan’s Labyrinth” the Hellboy duology, “The Shape of Water,” “Crimson Peak” or “Pacific Rim.”

Which is literally the only good thing to come out of this terrible movie.

Terry Gilliam is a great director who, like Fincher, has never made a terrible film on his own, and the only film in his filmography that’s actually bad is bad because the clash between Gilliam and the Weinsteins ended up destroying the film.

While filming, Gilliam had countless arguments with the Weinsteins over pretty much every aspect of the film; they even fired his cinematographer six weeks into shooting and hired one that they preferred.

At one point it got so bad that filming was shut down for two weeks. Of the situation main actor Matt Damon said, “I’ve never been in a situation like that. Terry was spitting rage at the system, at the Weinsteins. You can’t try and impose big compromises on a visionary director like him. If you try to force him to do what you want creatively, he’ll go nuclear.”

The trouble continued into post-production and led to the film’s release being delayed by 10 months as they fought over the final cut.

The end result is an ugly film that’s utterly devoid of all the charm and manic energy that makes all of Gilliam’s other films so great. It’s a Frankenstein’s monster that has been assembled in heated arguments and distorted into some monstrous shape that no one would ever want to watch more than once. 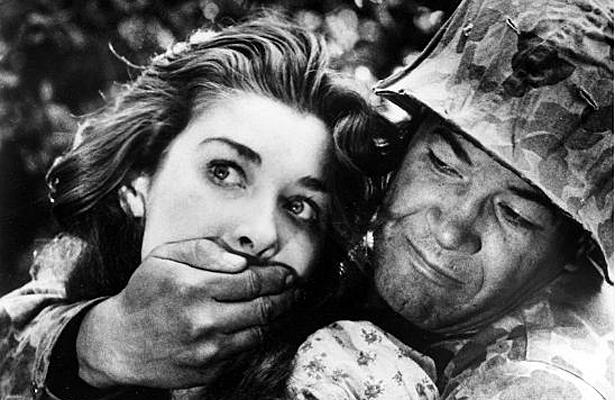 Out of his 13 films, there is only a single film that isn’t considered either a masterpiece or a classic, and that is his directorial debut: “Fear and Desire.”

A film so bad that Kubrick spent most of his later years trying to bury and hinder people from seeing it, because he himself considered the film “a bumbling amateur film exercise” and pretty much wanted people to forget its existence.

Frankly, we should honour his wishes and forget this amateur turd and consider “Killer’s Kiss” as his true directorial debut.

It’s what he would have wanted.