The HBO series “Chernobyl” was a major success in every way possible. This retelling of the massive explosion of the nuclear power plant in Ukraine on April 26, 1986 is currently the highest ranked TV series of all time on IMDb. The show gained attention around the world.

Obviously it had its detractors as well, some criticizing historical inaccuracies and a lack of character development, among others. However, most audiences were impressed by its haunting, gripping atmosphere, grim tone, powerful acting performances, and its disturbing subject matter. If you watched the series and liked it, maybe you would love to give some of these films below a chance as well if you haven’t seen them already.

Once Nicolas Cage was asked about his politics, he said he prefers to not talk about them, instead delivering the messages he wants to give through his movies. He added, “I learned more about the disaster of nuclear power from the China Syndrome.”

Even though it was met with backlash from the nuclear power industry, “The China Syndrome” was a major commercial and critical success for its time, with a lot of praise for its subjects, thrilling tone, and the acting performances, particularly by Jack Lemmon and Jane Fonda.

Based primarily on a 1970 accident at the Dresden Nuclear Power Station in Illinois, the film follows a reporter, portrayed by Fonda, and cameraman (Michael Douglas) after they witness an accident while reporting at a California nuclear power plant.

The film was notable for bringing attention to possible accidents and cover-ups in the industry, and can be noted for starting a cycle of films in the 1980s about atomic bombs and nuclear warfare, which was followed by films like “The Manhattan Project,” “WarGames,” “The Day After” and “Testament.” Nuclear experts also had a debate about the film.

Even though the film is set on the opposite side of the ideological spectrum, the movie, like “Chernobyl,” also dealt with the subject of powerful organizations covering up disastrous mistakes made in the name of cost efficiency. In fact, that was why Douglas was attracted to the script, and he compared it with the film he also produced, “One Flew Over the Cuckoo’s Nest,” as a story of a man vs. a powerful institution. 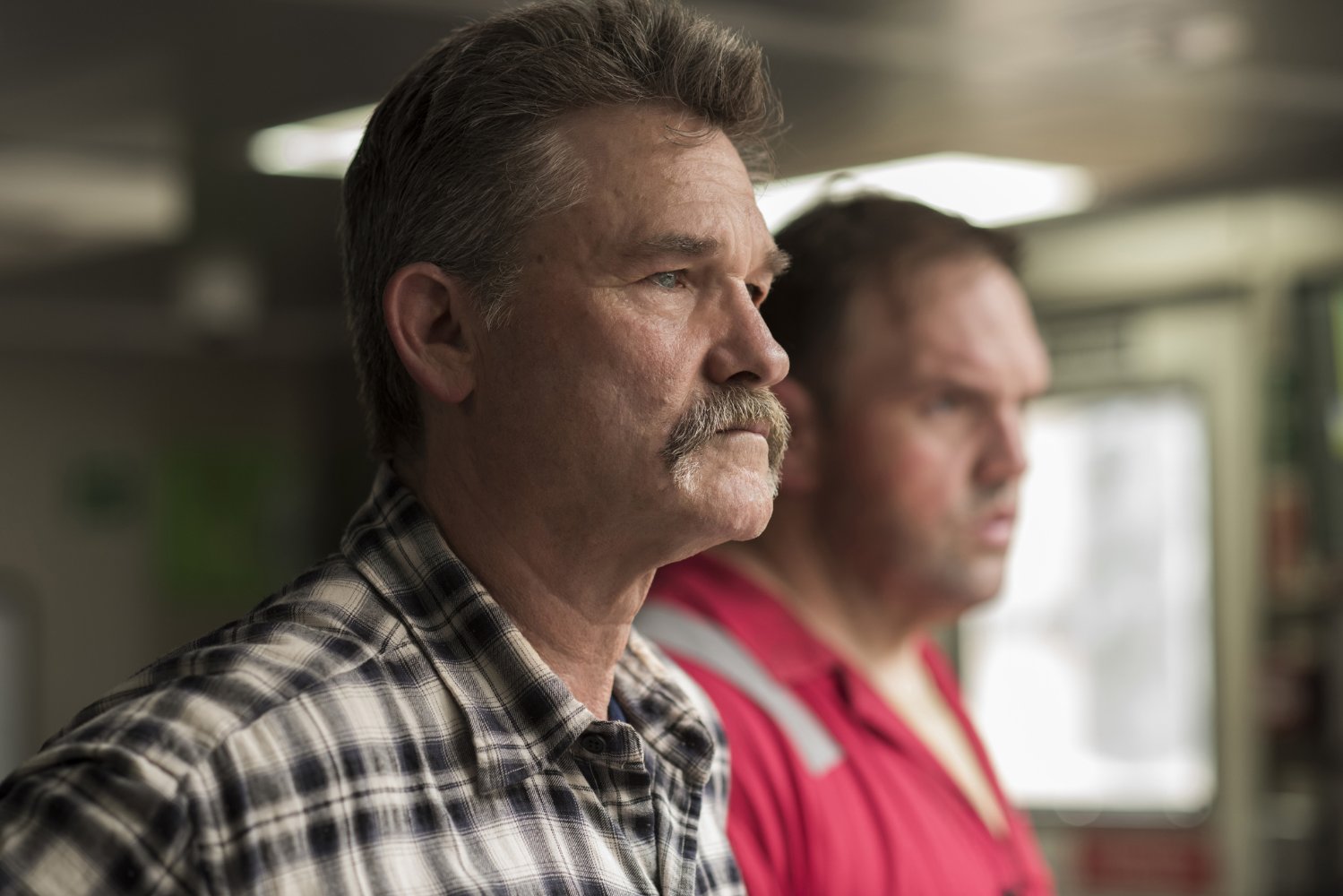 Those who would like to see more of real-life human disasters can check out “Deepwater Horizon.” The collaborations between Mark Wahlberg and Peter Berg are almost always surprisingly delivering very impressive films, with the exception of their last one.

Berg is not exactly a subtle director, but he’s no Michael Bay either. He may have directed some big-budget blockbusters, but he knows how to add human elements into his works, which is why this movie is dramatically effective and a thrilling ride with some exceptional acting as well, especially by Kurt Russell and Gina Rodriguez.

The film makes you feel the anger and feel the tragedy. The movie is based on an industrial disaster that began on April 20, 2010, in the Gulf of Mexico on the BP-operated Macondo Prospect, considered to be the largest marine oil spill in the history of the petroleum industry.

The movie got praise for being historically accurate and some said the film does a remarkable job at making audiences angry for BP. However, some also criticized it for “simplifying the blame,” and obviously BP itself attacked the film as “not an accurate portrayal of the events that led to the accident, our people, or the character of our company.”

The movie didn’t do well enough at the box office, but it was a strong film with also some impressive technical work that earned two Oscar nominations for its sound editing and visual effects. A gripping, intense film with so much tension that certainly deserved more attention. 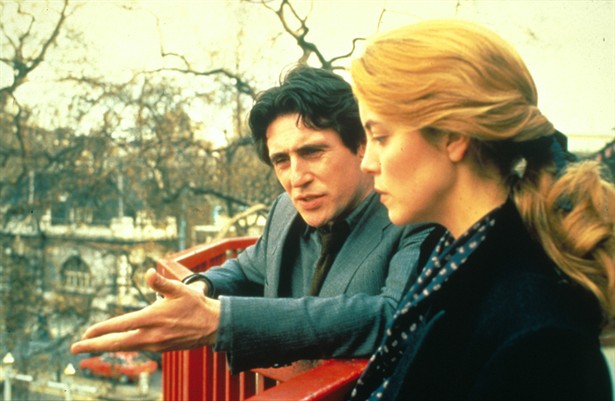 Legendary film critic Pauline Kael was highly impressed by this David Drury film that she described it as “probably the closest English equivalent to ‘All the President’s Men,’ but the atmosphere is much darker and more oppressive.” There are indeed similarities to that one, or another Alan Pakula classic “The Parallax View.”

The movie takes its title from the 1914 Defence of the Realm Act in the U.K. which gave the government wide-ranging powers during the war, such as the power to requisition buildings or land needed for the war effort, or to make regulations creating criminal offences.

The movie is about the cover-up of a crash of a nuclear bomber at an American Air Force base in the U.K. and the subsequent events. A member of the Parliament who wants to raise the issue finds himself in a media-hounded position for other reasons, but two reporters – impressively played by Gabriel Byrne and especially Denholm Elliott – investigate it further.

Byrne’s character finds evidence of a cover-up about the nuclear plane incident; however, government forces are out to stop him. Yet another film about cover-ups on nuclear incidents; sadly the movie didn’t get enough attention, but with the distracting score aside, the movie will sure to please those who enjoy old-fashioned political thrillers. 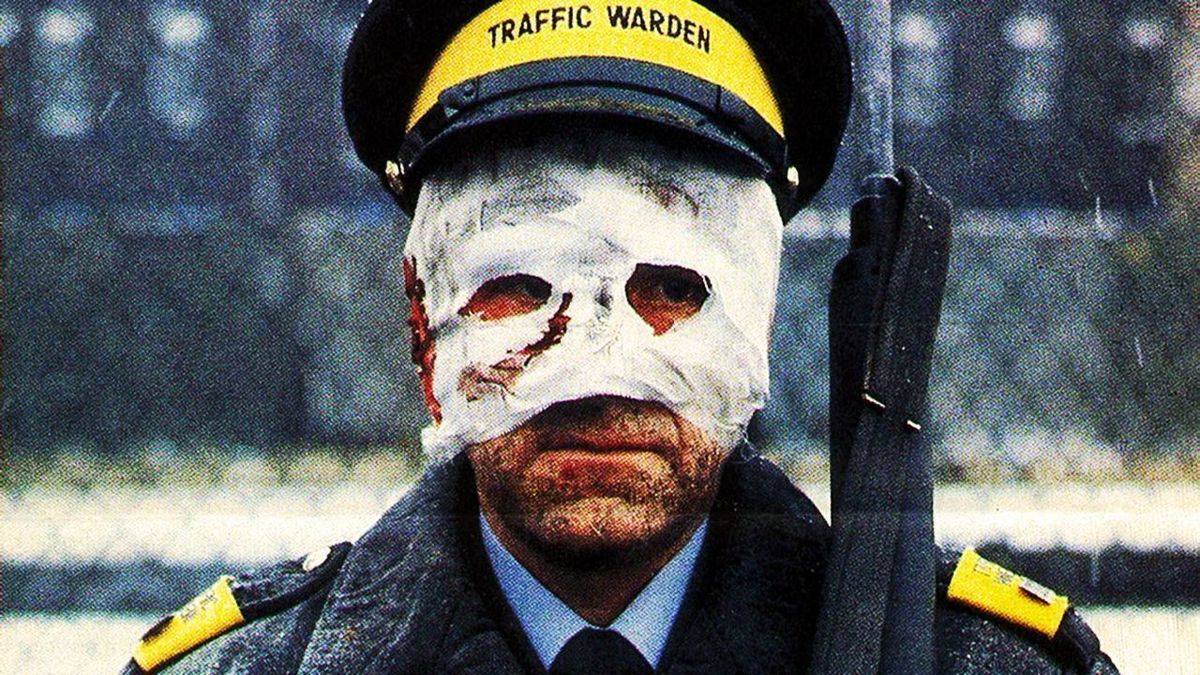 The early ‘80s brought up some disturbing films like “The Temptations” and “The Day After” that portrayed the shocking nature of a possible nuclear war and its effects. “Threads,” which some called Britain’s answer to “The Day After,” is possibly better than both of the aforementioned films.

Depicting the medical, economic, social and environmental consequences of nuclear war, “Threads” has that grim atmosphere and gripping narrative that “Chernobyl” had. Possibly the most visceral and disturbing docudrama about nuclear winter, the film is gritty and scary.

One of the most acclaimed television films of all time, this amazing film takes a documentarian’s approach to the daily and unending suffering a nuclear exchange would perpetuate on the average person. The style gives gives it realism and authenticity. The build-up scenes are compelling and realistic, the attack itself is shocking, and the whole film is raw and memorable.

Nominated for seven BAFTAs, the filmmakers also consulted various sources in their research, including the 1983 Science article Nuclear Winter: Global Consequences of Multiple Nuclear Explosions, penned by Carl Sagan and James B. Pollack. “Threads” may give you nightmares, but it’s an unforgettable film worth checking out. 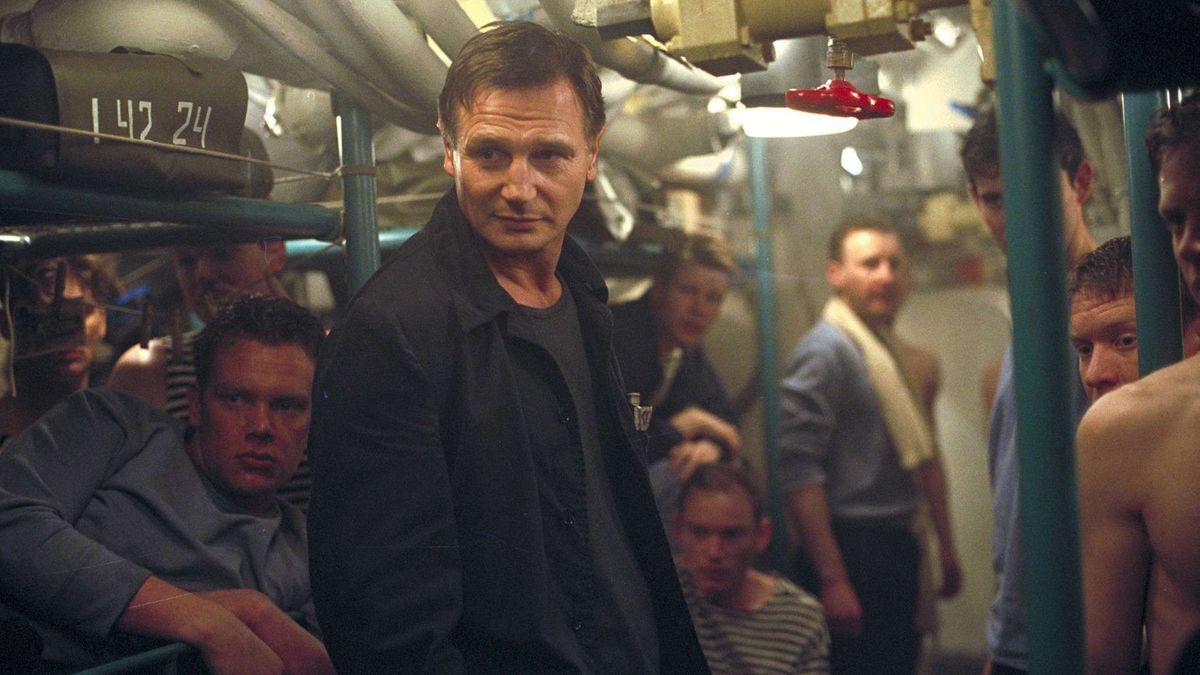 Yet another film about a Soviet disaster. The Soviet Union began building their first ballistic-missile-equipped nuclear submarine in 1958, and named it the K-19. It was one of the first two Soviet submarines of the Project 658 class, the first generation nuclear submarine equipped with nuclear ballistic missiles.

The boat was hastily built by the Soviets in response to American developments in nuclear submarines as part of the arms race. Before it was launched, 10 civilian workers and a sailor died due to accidents and fires.

This underrated Kathyrn Bigelow feature takes on submarine malfunctions on its maiden voyage and how the crew must race to save the ship and prevent a nuclear disaster. Unfortunately, the film flopped at the box office in 2002, but it’s an entertaining and thrilling – if little overlong – ride.

Harrison Ford uses his trademark movie star charisma, but it’s also one of his more complex roles and he manages to find interesting layers. So does Liam Neeson, who also has an interesting, compelling arc. The interactions between the characters are engaging and the music is also good. Overall, the movie is yet another intense work based on a chapter of Soviet history, and was one of the finest summer blockbusters of its years that unfortunately got overlooked.