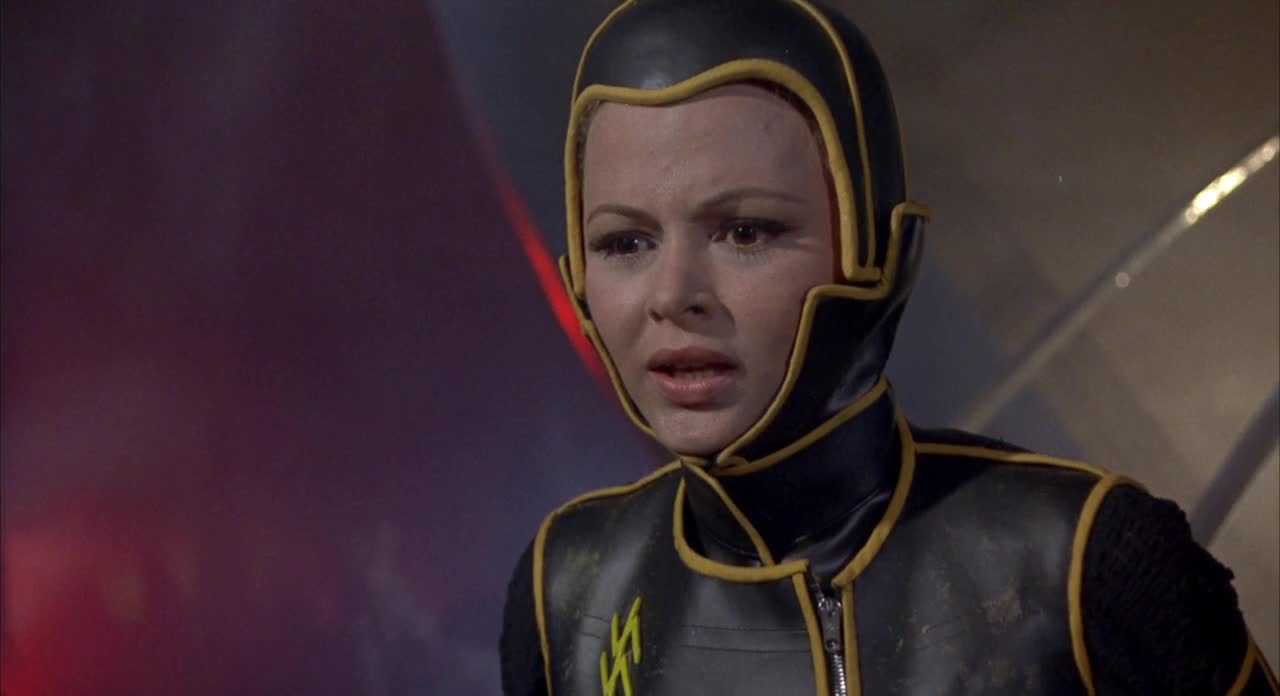 Ah, the sci-fi movie. Most of us know it now as being the genre which costs boatloads of money and features either long, ponderous scenes of religious-level rumination, or else showcases epic battles of good against evil on a galactic scale. We know it from Star Wars, Primer, Interstellar and 2001: A Space Odyssey, and we know its creators by names like Christopher Nolan and Stanley Kubrick.

But it wasn’t always this way. At one time science fiction was largely relegated to the grindhouses, where it was derided as being silly, childish and not worthy of serious attention. Some modern movies retain this aesthetic, and are featured here.

Here they are, drawn from the dark bowers of cinematic history. 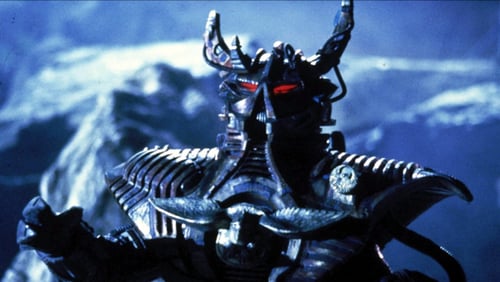 Ozploitation is roughly defined as, appropriately, an exploitation movie made in Australia. That’s not necessarily important, but it’s a fact, and now you know.

The Time Guardian, an Ozploitation picture, is essentially a Terminator rip-off in which a group of revolutionaries who have survived the dreaded Neutron Wars travel through time to escape the Jen-Diki, a nefarious species of cyborgs who are hellbent on turning humanity into a stain on history’s wheels. No matter where or when the revolutionaries go, the Jen-Diki — who look much like the bad guys in Battlestar Galactica — seem able to find them. All of that’s about to change, when the Time Guardian and an historian travel to the Australian outback in the 1980s in order to prepare the landing site for their time travelling city.

Sex happens; mayhem ensues; humanity’s future is at stake, and only the Time Guardian can save us now. Also, it stars Carrie Fisher and Dean Stockwell from Quantum Leap. I’d even go so far as to call it “dope as hell”. 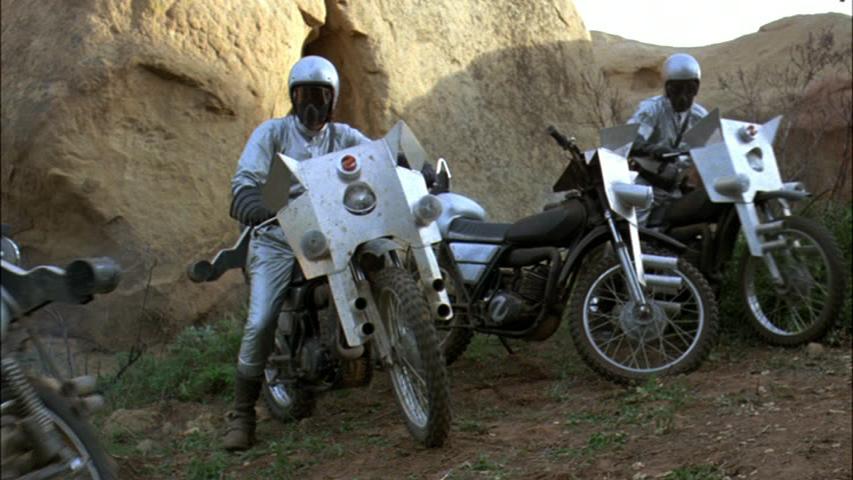 Roger Corman is still the best in the exploitation business, but from the 50s to the 80s he could almost do no wrong. Allegedly, he never lost money on a movie. How’s this possible, you ask? One of his techniques was to take one of his successful movies and, instead of giving it a sequel, take the concept (or the title or whatever) and do a different take on it, essentially repackaging the same movie twice. In this case, he took elements of his hit movie Death Race 2000 and made Deathsport, both starring David Carradine.

Another film that takes place in the aftermath of the dreaded Neutron Wars, this one features a number of surviving city states which are at war with one another, one of whom has opted to put criminals into a game called Deathsport instead of using the death penalty, gladiatorizing the legal system and allowing the survivors their freedom. David Carradine is given a Death Machine — a motorcycle with a laser on it — and forced to compete.

But that’s not all. This movie’s got the sex, the violence, the insanity, but it’s also got cannibals and looks and feels exactly like you’d hope a grindhouse movie would. Plus, you get to see the movie in which, as one of the directors, Nicholas Niciphor, put it: “the crew and the cast were largely sodden with drugs.”

3. Planet Of The Vampires 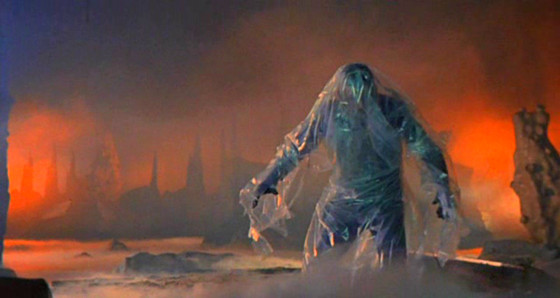 Although the exploitation picture is known largely as the type of movie which is made cheap and looks cheaper, there are gems which pop out as truly inspired moments. The Texas Chainsaw Massacre, Halloween and Mad Max are some of the better-known ones, but somehow, for some reason, Planet Of The Vampires doesn’t have the same pedigree. For the life of me, I can’t understand why.

Based on an Italian short story, Planet Of The Vampires is about a group of astronauts on the planet Aura who are haunted by alien spirits which have possessed the corpses of the humans’ dead compadres. Its aesthetic was a notable influence on Alien and Prometheus, which becomes particularly obvious in a chilling moment where the crew discovers the remains of a long-dead alien species, members of whom were killed fighting the same menace facing the humans. And when I say chilling, I’m not doing so because it’s hard coming up with adjectives: it’s genuinely scary. (See also the moment when the possessed corpses come to life in slow motion. Mario Bava was a genius.)

Now, as a word prior: the beginning of the movie is no indication of what’s to come. It looks like an aborted pilot for a Star Trek rip-off, and even induced a moment of laughter in me. Imagine my surprise when the rest of the movie turned out to be a beautiful, surreal, horrific space story worthy of consideration alongside those which it influenced.

4. Prisoners Of The Lost Universe 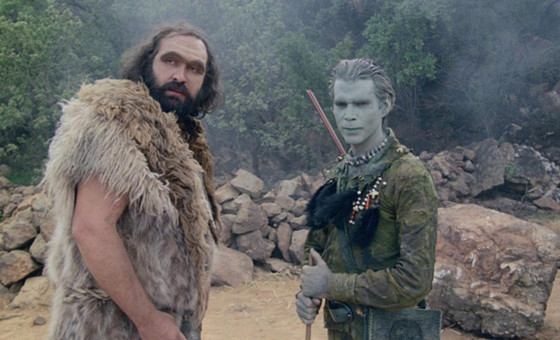 Star Trek had some great stories about the heroes being whisked off to a parallel world, only to solve that world’s political issues by virtue of their wits or their fists. In fact, science fiction writ large has often been enamoured of the parallel world, whether through time travel or some interdimensional portal thing.

Prisoners Of The Lost Universe is cut from that old school cloth. It has a mad scientist, who’s got a grudge against those in “the halls of science” — whatever that means — and so makes a machine that acts as a transporter to another world. When a TV personality specializing in the bizarre shows up at his house to investigate, the two of them and a truck driver are teleported to another dimension teeming with cavemen and barbarism.

Although made in 1983, it could have very easily been made thirty years prior and nobody would have thought it out of place. In fact, much of the story feels like a more light-hearted extension of The Time Machine by the H.G. Wells, such is its adherence to the classic science fiction tale.

The best way to watch it, by the way, is with the RiffTrax commentary, also on Shout Factory TV. So stop wasting time and do it already. 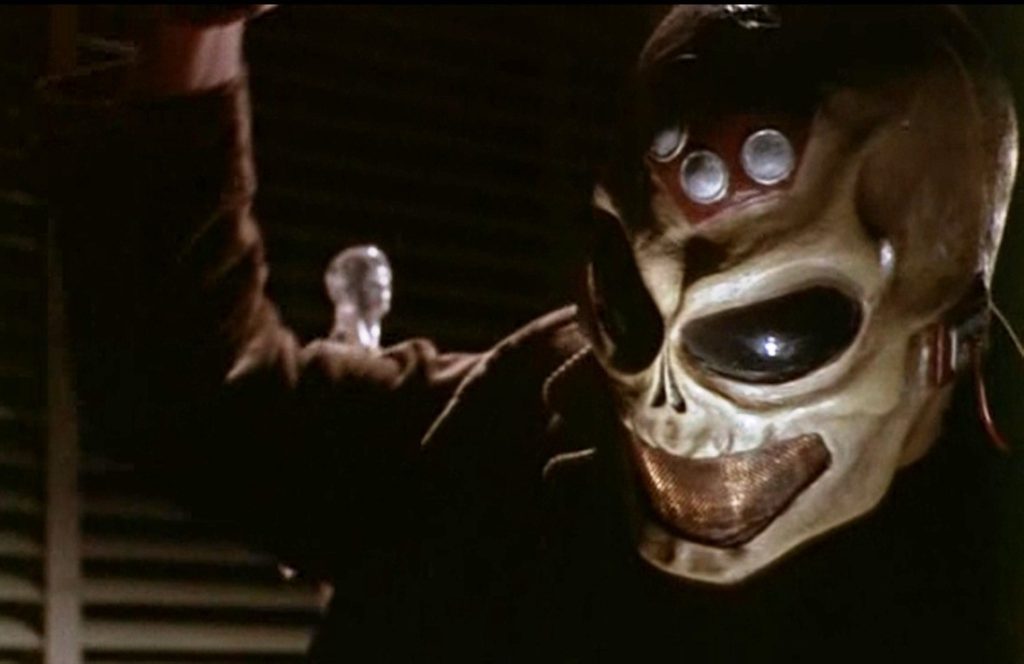 This is how Wikipedia describes The Astro-Zombies: “The plot follows a disgruntled scientist who, having been fired by the space agency, decides to create superhuman monsters from the body parts of innocent murder victims. The creatures eventually escape and go on a killing spree, attracting the attention of both an international spy ring and the CIA.” While technically accurate, it doesn’t really describe the film in any meaningful way.

In fact, the movie is so off-kilter, so bizarre in its structure — or lack thereof — that it can only be best described as a home video in which some people are killed by a vicious monster while some other people talk about it and John Carradine explains how his experiments work. There’s also a shootout with the CIA and it all ends with the Astro-Zombie going to town on everyone with a machete. Not exactly a logline, but then The Astro-Zombies was probably sold on its title, anyway.

Now, I know I said about Montroid that nobody comes to see a movie to watch people talk about the plot, and that’s true. However, the exciting bits of this movie are so cool, and the monster so unique and campy, that whatever padding the director needed to throw in there to keep John Carradine employed and maintain a saleable runtime are well worth it. And seriously — the machete. It’s a great weapon for an astro-zombie.

Punk rock fans will remember that this movie inspired a classic song by The Misfits, which was written from the perspective of John Carradine’s mad doctor. (Nobody has better taste in movies than Danzig.) So whether you’re in the Fiend Club or enjoy low budget sci-fi from the 60s, you’ve done it: you’ve found the genre’s Platonic ideal.