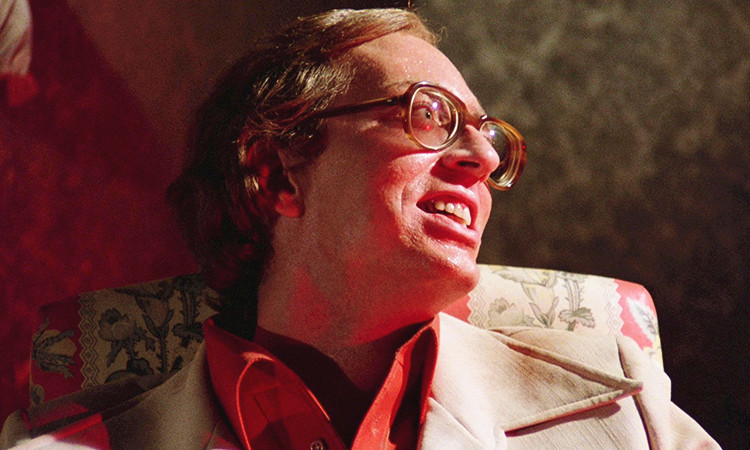 There are many ways to celebrate Halloween. For some, it’s an excuse to dress up; for others, an opportunity to spend the evening in the drunk tank. For others still, it’s an excuse to go on a shameless horror movie bender. That, at least, is my plan.

Now, as it is in all things, it’s easy to take the road oft-travelled. Sure, you could watch Halloween and The Exorcist again — but you’ve done that already. Why put yourself on autopilot? Maybe it’s time to do something different. Maybe this year it’s time to change things up by digging through the vault and grabbing a hold of some of the lesser-known, forgotten and misunderstood gems from the annals of exploitation.

In no particular order: 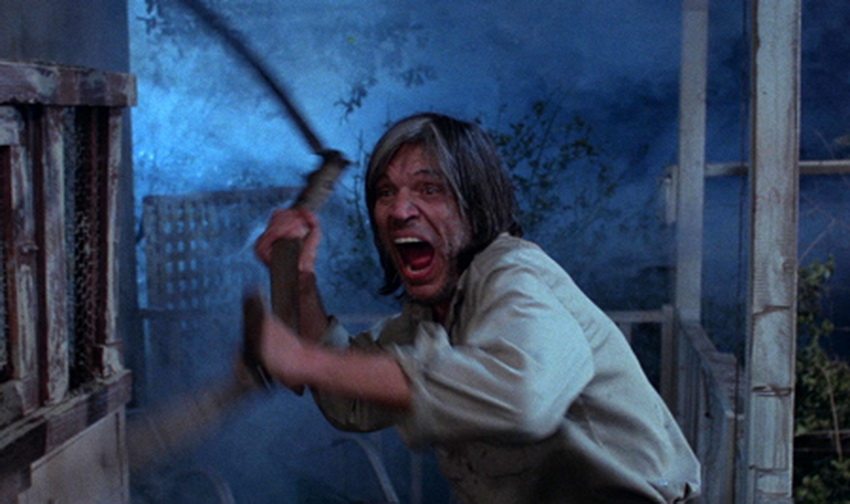 Tobe Hooper’s third feature gets understandably lost amidst his two better-known game changers, The Texas Chainsaw Massacre and Poltergeist. In fact, much of the conversation around Eaten Alive centres on it (allegedly) not even being a good movie. But this, I submit, is wrong: it’s an excellent movie, and unlike anything you’ll ever see.

The plot centres around a hotel owner in the Texas swamp, who kills people with a scythe and then feeds them to his pet crocodile. Admittedly, what follows is pretty slight: people cross into his domain and find themselves tied up to a bed, brutalized, cut up with a scythe, fed to a crocodile or some combination of the above.

But not only is Eaten Alive genuinely disturbing (the entire Marilyn Burns plot, for example), and not only does it feature some genuinely creative deaths, but the whole thing takes place in a bizarre, surrealistic world — something Hooper accomplished by filming the entire movie on a sound stage. Some of you might enjoy it, then, as an answer to Chainsaw’s realism, but rest assured, if you’ve come for good old fashioned mayhem, Eaten Alive is bursting at the seams with blood, carnage and people screaming for mercy. 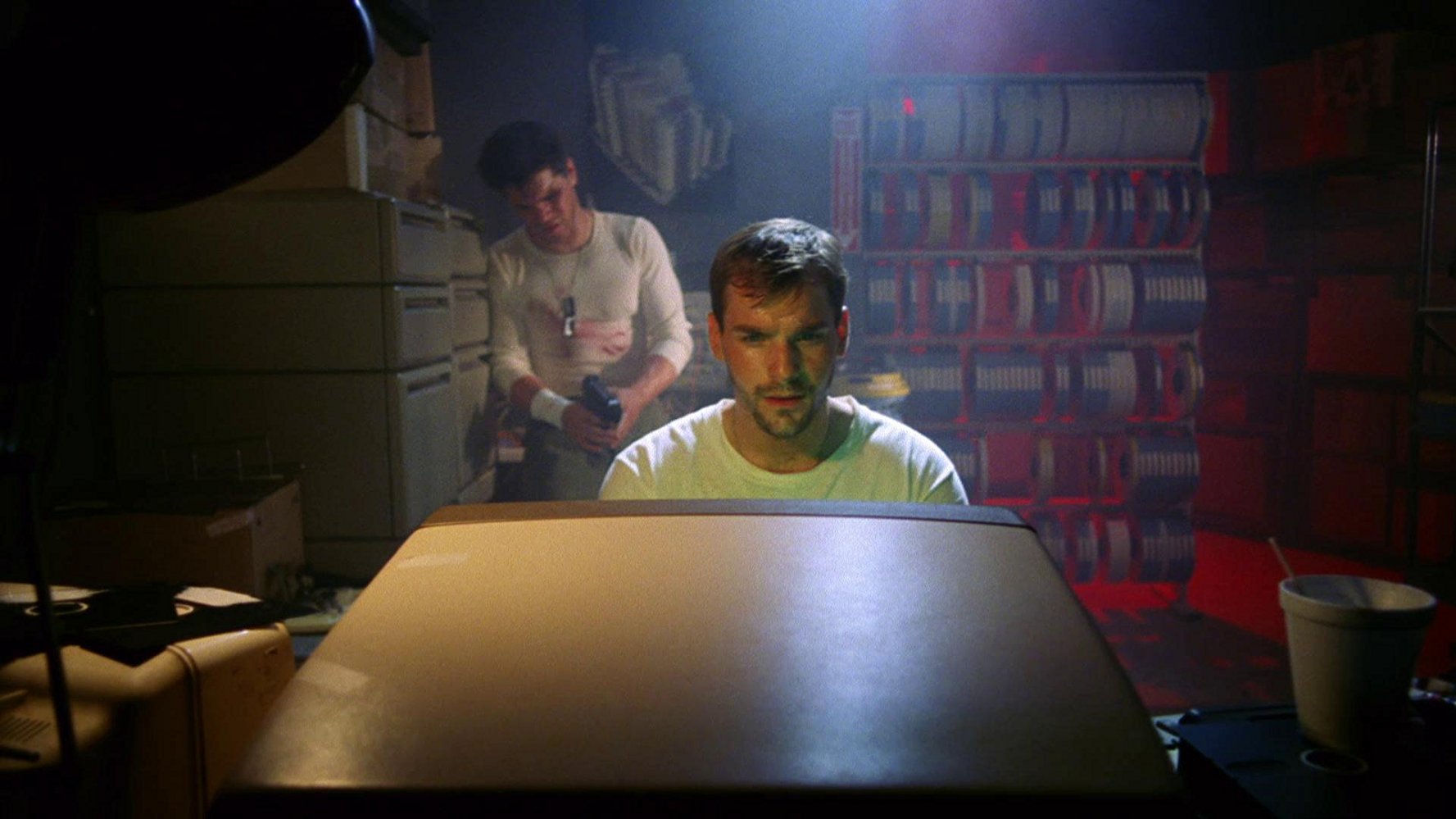 David DeCoteau, a former Roger Corman alumnus, is one of the most impressively prolific directors in the modern age. His IMDb page includes 158 director credits as of this writing, including twelve in 2017 (only one of which is a short). He works cheap, he works fast, and he’s great.

Creepozoids is by no means, then, atypical for him: it runs at only 72 minutes, was made for 75K and features one of the most shameless sex scenes you’ll ever see. It is, in many ways, the Platonic ideal of video-era exploitation. And because of that, it’s also unique, inventive and, in some regards, batshit crazy.

It takes place in 1998 when, as we all remember, a series of nuclear wars has not only reduced civilization to dirt, but also gifted us with lethal and continuous acid rainstorms. A group of military deserters takes shelter from one of these storms in an old government facility, only to find themselves hunted by an experiment that was meant to eliminate human reliance on food but has, unfortunately, gone horribly awry. 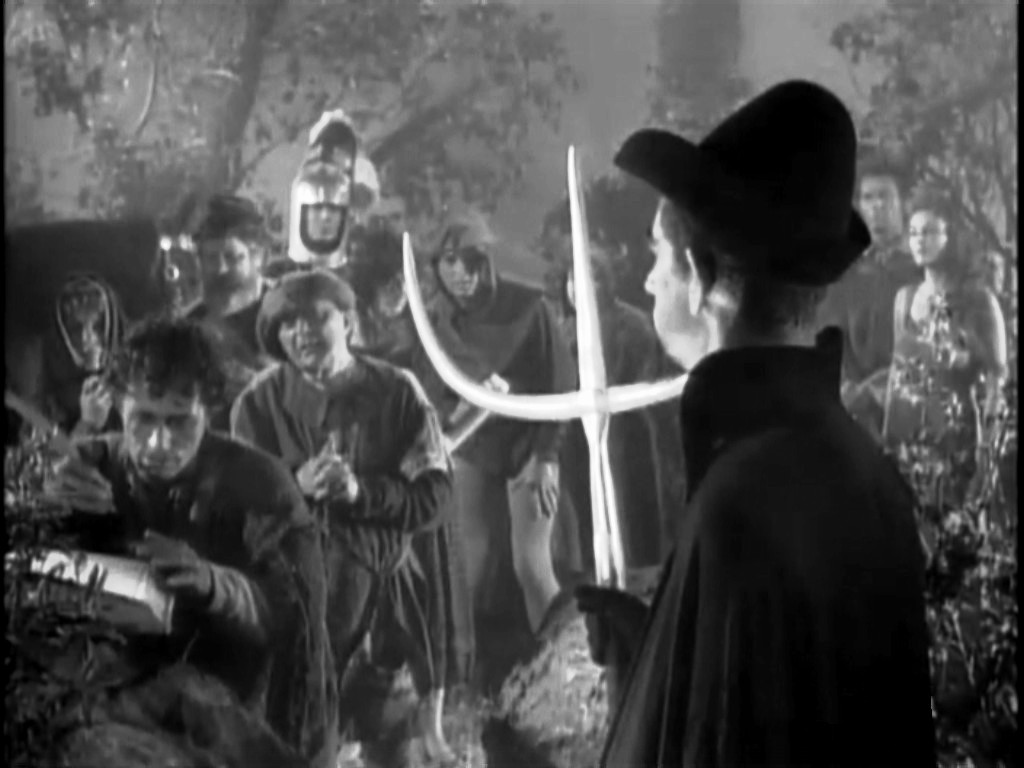 The ’50’s brought us the first golden era of exploitation. It was during this decade that the young Roger Corman teamed up with Sam Arkoff and Jim Nicholson at AIP to produce some of the craziest movies ever made. There was Attack Of The Crab Monsters, Not Of This Earth, Swamp Women… But amidst all these well-known properties is The Undead, which doesn’t get near the credit it deserves.

Inspired by a national interest in reincarnation that would eventually give rise to past life regression, The Undead is about a prostitute named Diane who’s hypnotized into occupying the body of a past self named Helene. Unfortunately for both Helene and Diane, however, is that Helene is a resident of the Middle Ages wrongly accused of being a witch. To make matters worse, if Diane alters history —which she can do — and has Helene proven innocent, then Diane will cease to exist in the present. An innocent woman may have to die in order that Diane will live.

The script, written by Corman regular Charles Griffith, is filled with the wacky, weird and campy material that’s typical of this era of Corman’s work. As if psychic time travel wasn’t enough, there’s also witchcraft, an imp, shapeshifting… There’s even a leftover prop from It Conquered The World. Of all the movies on this list, it’s the most fun. 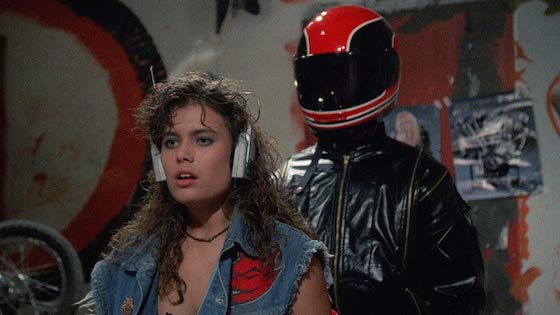 For those interested in exploring Italian exploitation, this is like the Al Capone of those movies: definitely Italian, but also definitely American. Made by Umberto Lenzi, who’s best known for initiating the cannibal movie craze in the ’70’s (including the brutal and brilliant Cannibal Ferox) this ’80’s slasher has one of the coolest plots in exploitation history, a great soundtrack and possibly the most beautiful colour palette of any of its competitors.

Nightmare Beach begins with the execution of a member of a motorcycle gang with the innocent-sounding name Diablo. The police know he’s guilty; the mayor knows he’s guilty; but Diablo goes down proclaiming his innocence. Some time later, during spring break, somebody appears in the same Florida town riding a motorcycle, wearing a helmet and leather, and electrocuting people to death. What’s more, Diablo’s grave is now empty. Has the man come back from the dead for revenge? Or was Diablo innocent all along?

Featuring great performances by John Saxon (Nightmare On Elm Street) and Michael Parks (Red State, Kill Bill), it also has a bizarre background story: the way Lenzi tells it, he began to worry before shooting that the plot was too similar to his Seven Blood-Stained Orchids, and decided to pull out. In his place, he assigned a man named Harry Kirkpatrick, who he said helped him co-write the film, and then stayed on himself as a technical advisor. The problem is that nobody’s ever been able to determine just who this Harry Kirkpatrick is and if he even exists; in fact, there’s still speculation that Kirkpatrick is an alias of Lenzi’s.

For my money, as exciting as the Mystery of the Director’s Credit is, the greatest mystery is why Lenzi felt the need to distance himself from this movie. Nightmare Beach is a brilliant, fun and exciting mix of the spring break teen movie with the insanity of the slasher genre that’s visually stunning, bizarre and utterly in its own category. 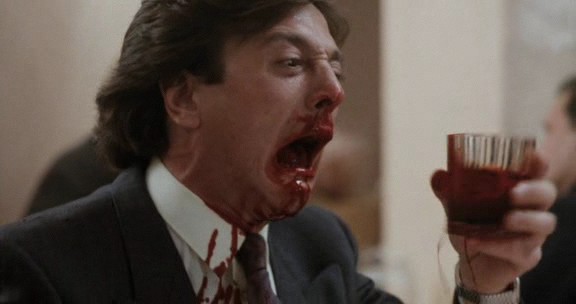 A guy I know named Steve Paps once called slugs “living boogers”. It’s true: they’re disgusting, which makes it interesting that they’re such an under-utilized villain in monster movies. You’d think that an industry which gave us The Blob and The Giant Claw would have latched onto the slug much sooner, but, alas, it was not to be.

Slugs focuses on a small rural town which is besieged by a larger, mutated version of the titular mollusks, and follows the attempts of a health worker to convince the town that the bloody murders of several citizens were because of these things. In typical monster movie fashion, this takes some doing, and the journey is nothing if not memorable.

Produced by the inimitable New World Pictures, this ’80’s monster flick has everything you could ever want in a movie called Slugs: a naked woman torn to shreds by slugs which have literally covered her entire bedroom floor; a man beset by headaches, only to have his head explode during dinner from having been filled with molluscal parasites; and a man who chops his own hand off with an axe to stop one of the things from eating him — a sequence which ends with his house exploding. It’s everything a movie like this should be, and if that’s not enough to convince you that it’s worth putting on, then you and I will probably agree on nothing.