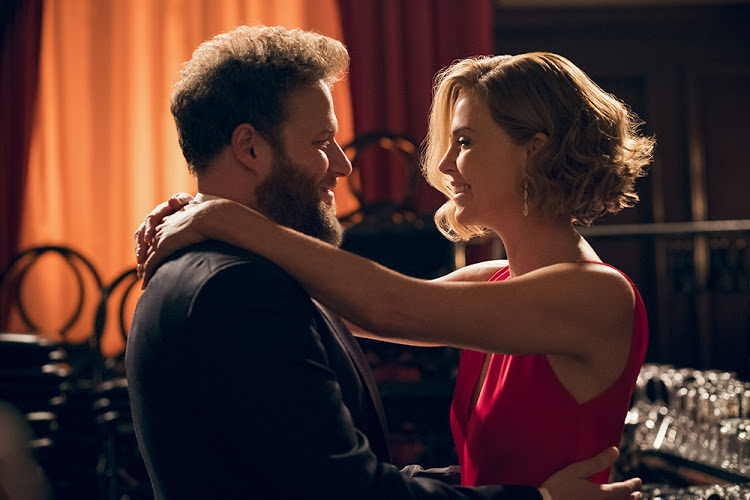 One of the best romantic comedies of the past few years, Long Shot proved to be a financial disappointment, despite its strong reviews. The premise turns the typical rom-com formula on its head, as it tracks the relationship between an idealistic journalist (Seth Rogen) and a Presidential candidate (Charlize Theron) over the course of her campaign. While these are two actors with very different sensibilities, they make for a surprisingly engaging onscreen duo, and the film is able to explore the difficulties of retaining one’s integrity in both journalism and politics.

Theron is clearly one of the best actresses of her generation, and in Long Shot she gets to show her comedic chops by playing a character who is forced to put on a public persona and goes on a journey to rediscover her initial love of politics. Rogen is often typecast as a bumbling fool in comedic films, and while he gets the chance to do a lot of physical comedy gags, his character is much more intelligent and has a genuine passion for democracy. The satire of media and politics is pointed and clever, but it never distracts from the charming romance at the center of this story. 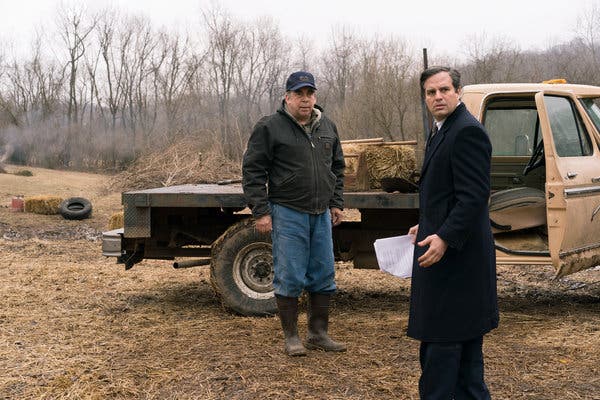 Todd Haynes didn’t seem like an obvious choice to helm this true story about activism, but his history of telling detailed period pieces made him the perfect person to helm this real whistleblower story. Mark Ruffalo stars as Robert Bilott, a Cincinnati corporate defense attorney who discovers the leaking of lethal chemicals by DuPont. Haynes is a patient filmmaker who knows how to escalate tension throughout, and he is incredibly detailed in exploring how Bilott is drawn into a community feeling the effects, and eventually risks his life and career to expose the malpractice within this corporation.

The process of sifting through research could easily grow dull, but Haynes breaks down the legal minutiae in an engaging way, and shows the real ramifications that the poisoning has on generations of people. Ruffalo is an extremely empathetic actor, and is completely believable as a noble lawyer who becomes obsessed with uncovering the truth. A strong ensemble that includes Bill Camp, Anne Hathaway, William Jackson Harper, Tim Robbins, and Bill Pullman helps to support Ruffalo’s great performance. An instant classic within the whistleblower genre, Dark Waters should not be discounted when talking about Hayne’s filmography.

There’s perhaps no filmmaker who is as consistently innovative and willing to take risks with new technologies as Steven Soderbergh; Soderbergh shoots things quickly to capture the zeitgeist, and he ironically shot a film that centers around distribution and streaming on an iPhone and released it on Netflix. High Flying Bird follows sports manager Ray Burke (Andre Holland) through a tumultuous 72 hours during an NBA lockout, and explores his attempts to wrangle his players and provide an alternate means of distributing sports content. It’s obviously self-aware in that it reflects the means by which Soderbergh created and distributed the film, and the savvy script from Moonlight scribe

Tarell Alvin McCraney is very clever in its deconstruction of modern sports. Holland is an engaging actor who is able to carry the entire weight of the story on his shoulders, and his performance is able to hide the various plot twists that Soderbergh saves for the latter half of the story. The iPhone cinematography isn’t distracting, and in fact it helps the film reach a greater level of intimacy and relentlessness as the pressure is put on Burke to solve the situation. Complete with entertaining side performances from Zazie Beetz, Zachary Quinto, and Kyle MacLachlan, High Flying Bird is the perfect sports movie for this current moment.

Unquestionably one of the greatest filmmakers of all-time, Martin Scorsese is renowned for his work with many crime and biopic stories, but he’s also made some of the best and most influential music documentaries of all-time. Rather than covering Bob Dylan’s infamous 1975 tour in a traditional way, Scorsese crafted a strange mix of fact and fiction that includes real footage and interviews alongside actors performing in many fictional roles. It’s not a mockumentary and the fictitious elements aren’t always immediately clear, and it is fascinating to examine how Scorsese and Dylan worked to trick their audience.

By playing the imagined elements completely straight, Scorsese has found a new way of engaging with history; it’s a film that challenges the audience to look deeper into how stories are retold and how legends are misconstrued into facts. The footage of the tour itself is just stunning, and allows for an intimate understanding of Dylan’s captivating performances. Quirky and thought provoking, Rolling Thunder Revue: A Bob Dylan Story by Martin Scorsese is unlike anything else that’s been released this year, and audiences should remember that Scorsese directed not one, but two instant classics in 2019. 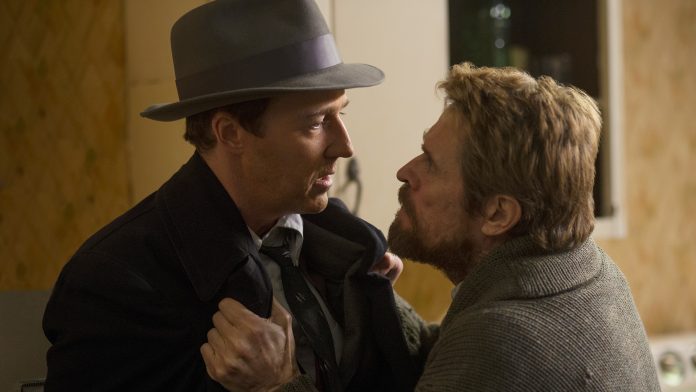 A passion project for Edward Norton, Motherless Brooklyn is his first directorial effort since 2000’s Keeping the Faith. Based on the 1999 novel, Motherless Brooklyn is a deconstruction of the typical noir genre through its untraditional narrator Lionel Essrog (Norton), who gains a greater appreciation for New York as he explores how generations of power have impacted the city’s people. While the novel was not a period piece, Norton made the smart decision when adapting it to set it in the 1950s, which better reflects his intentions to do something in the neo-noir genre.

Beautifully shot by Dick Pope and featuring a terrific score from Daniel Pemberton, the film allows Norton’s character to take in the beauty of the city as he uncovers the conspiracies that are inherent to it. Lionel’s investigation is sparked by the death of his employer Frank (Bruce Willis), which gives the character a more emotionally grounded reason to take on the case, and Norton does a good job at reflecting noir tropes with his direction. The mystery goes in unexpected places that still feel earned, and the runtime never drags because of the gorgeous craftsmanship. Norton worked for nearly twenty years to complete his vision for this story, and it is a shame that the film has been overlooked by audiences.