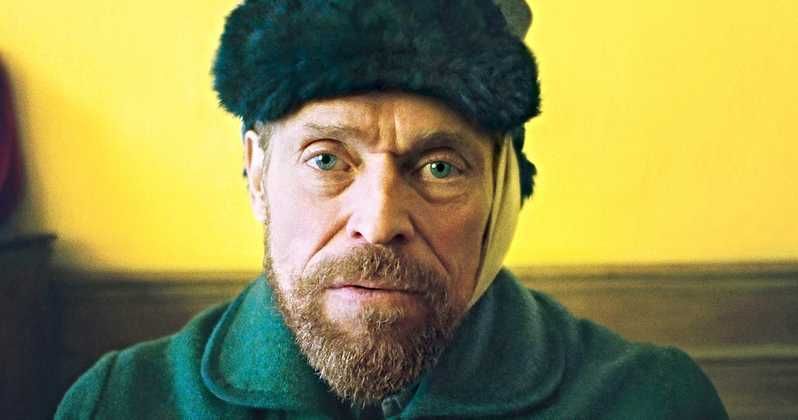 Also, most of the chosen films did extremely well in Cannes’s Film Festival most recent edition. 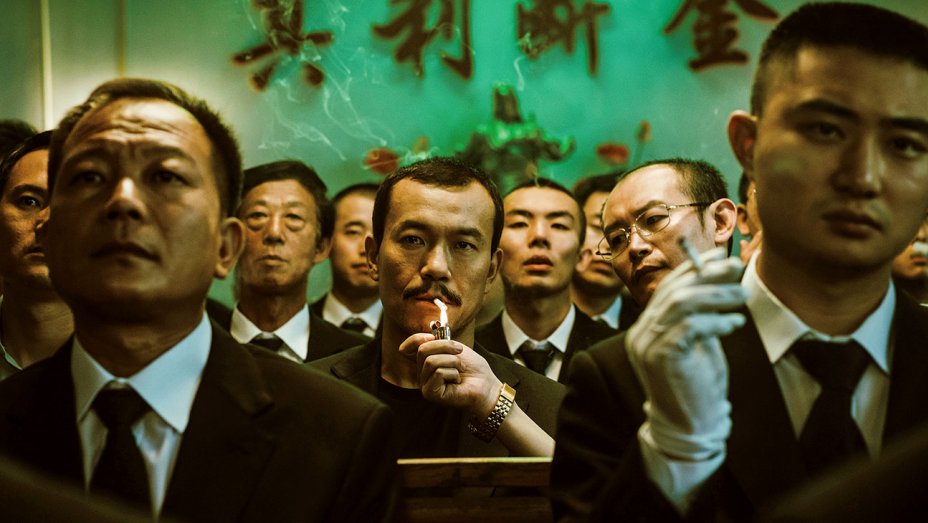 A captivating melodrama. A spectacular saga of small-time criminals in industrial northern China, and ultimately a tragic love story. Zhang Ke’s fourth film spans cover a 16-year period, from 2001 to 2017 and it is composed of 2 major sections and an epilogue.

Bin, a small-time crook, embracing with naiveté “Jianghu”, the seemingly anachronistic moral code of the Chinese mob, is catapulted to the gang’s leadership by the sudden death of the clan’s leader. Qiao – the female protagonist – loves Bin and her passionate dancing, coupled with an Umma Thurman-like haircut from “Pulp fiction”, seems to indicate both her initial happiness as well as an attraction to Western pop culture.

Despite always questioning mob tough rhetoric and Bin’s corny adherence to underworld moral code almost obsolete – most lucid mobsters make tremendous efforts to turn legit real estate developers in contemporary China – Qiao fulfills much more than a decorative role. If she’s not de facto part of “Jianghu” up to a certain point – being a typical case of “guilty by association”, she crosses the threshold on a night when Bin is attacked by a gang on motorcycles.

Initially, Bin’s guts and physical dexterity succeeds in fending off a bunch of attackers for quite some time, in what is the most dynamic and spectacular scene of the film. As Bin finally falls victim to the mob’s rage and brutality, Qiao emerges with a gun from a taxi and shoots in the air intimidating the attackers and presumably saving Bin’s life, or at least saving him from mutilation. Qiao’s capture with a gun, without acknowledging whose weapon it was during police interrogations, gets her a 5-year jail sentence.

On a quest to find and rejoin Bin’s after release from jail, in 2006, the disenchantment and the emotional estrangement from a volatile Bin are rendered by Director Zhang Ke through elegiac, sensual, and quiet traveling shots in which the characters are never synchronized emotionally.

Either Qiao walks ahead of Bin or Qiao is alone in the frame. In one shot, Bin takes Qiao’s hand, but they never hug or kiss nor seem emotionally calibrated. Ultimately, Bin’s tragedy is ending up in a wheelchair following a cardiac problem and devoid of any physical power and robustness which is the core value in the criminal underworld.

Without his physical dexterity, Bin loses his status and becomes a tragic and peripherical figure even within the already marginal and dismal world of a town’s small-time mob.

An idyllic family in a bucolic Austrian mountain village at the beginning of World War 2.

Franz Jaggerstatter, a saintly peasant in love with a life that includes his wife, 3 kids and surrounded by the sublime Alps, is the only one in his village to vote against the Anschluss, Austria’s annexation by Nazi Germany.

In real life, it appears that the protagonist – despite being an obstinate opposer of WW 2 and having indeed refused to swear a loyalty oath to Hitler, was considerably more complex and at least in his youth, a wilder character than the mystical and pure protagonist of Malick’s film.

Besides Malick’s distinct signature – meditative voice-over, delirious lyricism, some sort of profound spiritual communion with nature, love as the central value in life, there is a dramaturgical empty space in the center of the story. Franz, as a member of the Catholic Church, seeks spiritual support from the local priest who refers him to his superior. When the Bishop simply tells Franz that “he has a duty to his country”, the protagonist moves to the next stage of his resistance to the Nazi regime – obstinate silence.

While the wife supports her husband’s uncompromising idealism, there would be ample time in an almost three-hour film for some sort of philosophical or theological antiwar argument or exploration of personal faith; or at least the reasons for the admirable complete lack of adherence to dominant values at that time in Austria.

However, strangely Terrence Malick chooses to eradicate any psychological insights or even further theological stance, except for incipient bits of conversation with the lawyer who tries to get Franz to compromise or at least simulate some sort of benign indifference for the regime, that could fool the Nazi Establishment and save his life. (However, not his soul, as would probably argue an equally uncompromising Malick).

The spiritual communion with nature or any hints of transcendental meaning piercing through the veil of the physical world seems a superb approach for some elegy or poem. However, when the protagonist antagonizes the whole village, embarrasses the clergy, absorbs with calm mysticism the resentment of the court – except for the somewhat levelheaded and reasonable Judge played by Bruno Ganz – one expects there to be at least a degree of intense drama than drama-sublimation, through sublime visuals.

No flamboyant superlative is excessive, undeserved or suspect when used to describe the absolutely sensational film of Colombian directors Cristina Gallego and Ciro Guerra! Comparable with the discovery of Fellini’s cinema, this film can revolutionize one’s life, the scheme of perception and aesthetics.

In the remote, northernmost part of Colombia, the Guajira Peninsula, a teenager girl, belonging to the Wayuu, a local ethnic group, is kept in confinement as she’s prepared to become a woman and be ready for marriage once she rejoins society.

The Wayuu tribes were pretty much closed off to the world in the ’60s before the tragic change of paradigm and the explosion of the worldwide marijuana traffic. The colossal demand for marijuana equals an unprecedented opportunity for acquiring in a short-term massive wealth.

The arrival of savage capitalism with the awakening some tribe members’ latent greed, propels the whole archaic and traditionalist microcosm into something like a Greek tragedy, but treated with psychedelic-magic realism touches.

When Zaida emerges from the isolation imposed by the rite of passage into adulthood and the whole tribe celebrates her imminent wedding to Rapayet, a pretender to Zaida’s hand from another tribe, the dowry requests imposed by the autocratic matriarch of the tribe – Ursula, Zaida’s mother – seems excessive or even impossible to meet.

When the American hippie students formulate their demand for marijuana, Rapayet, along with his future mother in law, seize the ”once in a lifetime opportunity” and quickly turn into efficient and large-scale entrepreneurs capitalizing on this precious commodity – marijuana. The fast enrichment leads to crime and other transgressions which alter tragically and irreversibly the tribe’s serenity, traditional values, and lifestyle.

The fascinating hybrid of amazing anthropological perspective, amazing Garcia Marquez-like magic realism (the superb and masterful photography is built quite organically upon an amazing chromatic richness of the Wayuu tribe’s costumes and complex textiles), the Greek tragedy aspect, and a Sergio Leone-like alternation of epic and intimate through the flair combining  extreme long shots of the haunting desert and the evocative close-ups on intimate emotions of the characters make for a formidable, unique and addictive masterpiece. 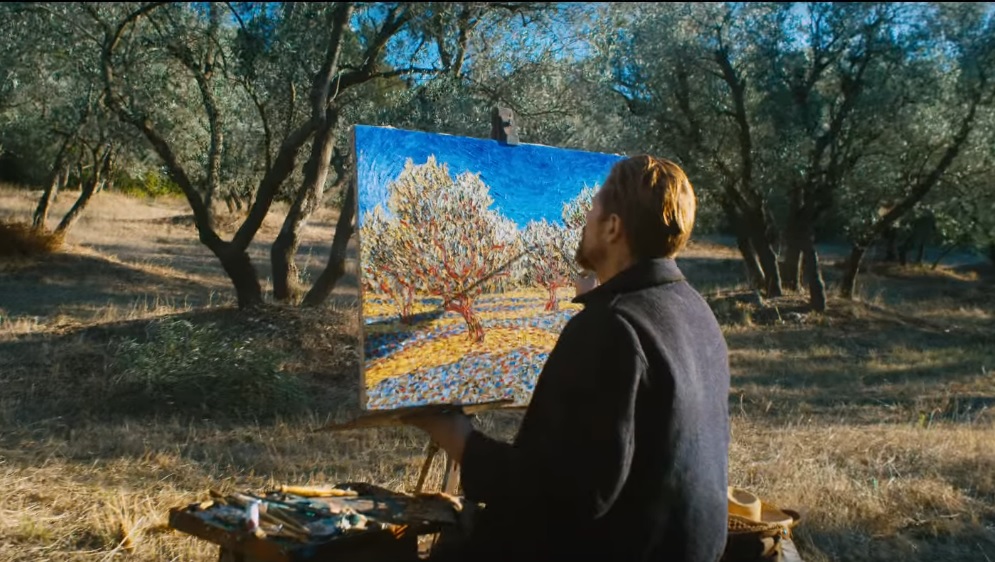 Van Gogh is brilliantly played by Willem Dafoe. Not only does Dafoe become Van Gogh, but his facial features resemble those of the Dutch painter, which may place him in an extraordinarily privileged casting position.

The film starts with Van Gogh in Paris, confessing to the camera his aspiration to live with a vibrant community of artists and fraternize with them. That will prove to be very difficult due to his difficult temper and mental troubles. Following Gauguin’s suggestion, Van Gogh moves to Provence.

An ultra-mobile mise en scene, for the most part, haunting and exciting attempts to place the audience inside Van Gogh’s scheme of perception and the artist’s amazing eye for the evocative Provence light and lush nature, as well as a keen capturing of morbid poverty inside precarious homes.

The same handheld camera work serves to catapult onto the screen the anguish concerning his destiny as an artist (“Maybe God made me a painter for people that aren’t born yet”), his rage over his perpetual catastrophic financial situation as well ultimately his mental instability.

Although the film is a visual feast, the performance of an eerie Van Gogh-looking Dafoe couldn’t get any more nuanced and the period costumes and design are rigorously authentic.  One regrets that the Priest who has an intuition of Van Gogh’s unique capacities, played with the usual guile by Mads Mikkelsen has very little screen time. 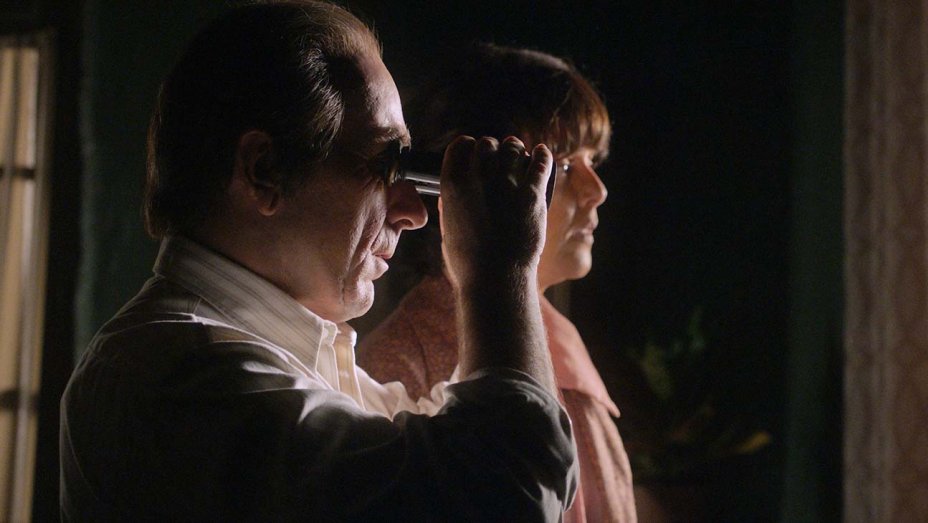 Higienio, a Republican running for his life during the Civil War in Spain finds refuge behind a fireplace in the same house with Rosa, his recently married girlfriend.

Something that is supposed to be a temporary subterfuge meant to outwit Franco’s fascist Establishment ends up being 30-year imprisonment in one’s own home.

The civil War drama is done to the death in Spain, kind of like a World War 2 drama. It requires either some new twist, a very ingenious new angle or some amazing mise en scene in order to outwit the genre’s more or less conventional codes.

In this Triumvirate of Basque directors’ film, the subject matter seems to be fear itself and the way in which the captivity affects the relation. Antonio de la Torre, one of the best Spanish actors from his generation, has an amazing arsenal of extremely nuanced reactions that catapult the tension and the anguish to the screen. A tortured grimace when he’s in danger of being discovered, the twisted torso, a terrorized glance. All these reactions sustain a vivid existential threat.

In the meantime, the relation with Rosa gradually fades away. First, she’s courted by other male characters as she’s considered to be a young widow by the whole community. Because she can’t buy male clothing, her husband starts wearing female cardigans which further amplifies the uneasiness between the two.

The three Basque directors seem to find some delight in the logistical and space restrictions imposed by default by an imprisonment drama (kind of a Dogma provocation in the mid-’90s). Very few locations appear in the film which sustains a sense of persecution and psychological claustrophobia.