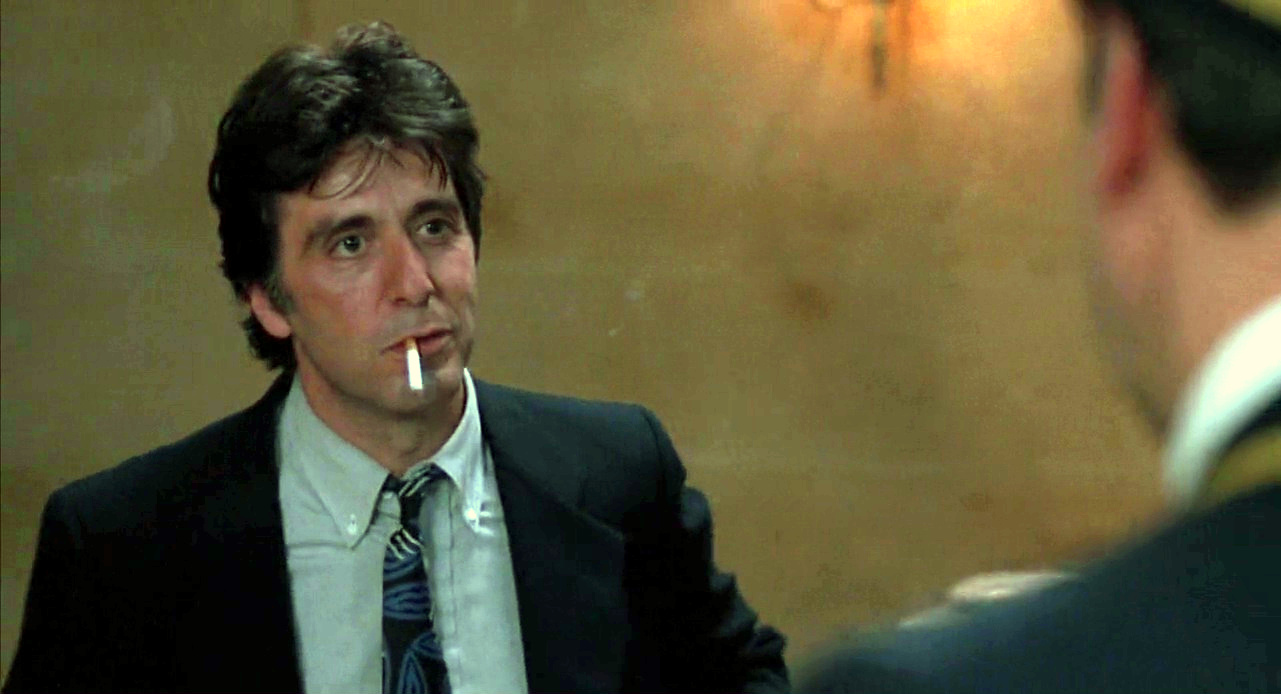 The 1980s was a decade full of underrated thrillers. Even the famous filmmakers had films that didn’t get the traction they deserve; Polanski’s “Fracture” or Roeg’s “Bad Timing” could make good examples. De Palma’s thrillers are well aknown in cinephile circles, but even they deserve much more recognition, especially “Blow Out” (1981). While the decade had some major hits like “Fatal Attraction” (1987), many of the very entertaining ‘80s films hardly get a mention these days. Here are 10 of those that deserve to be remembered and mentioned little more: 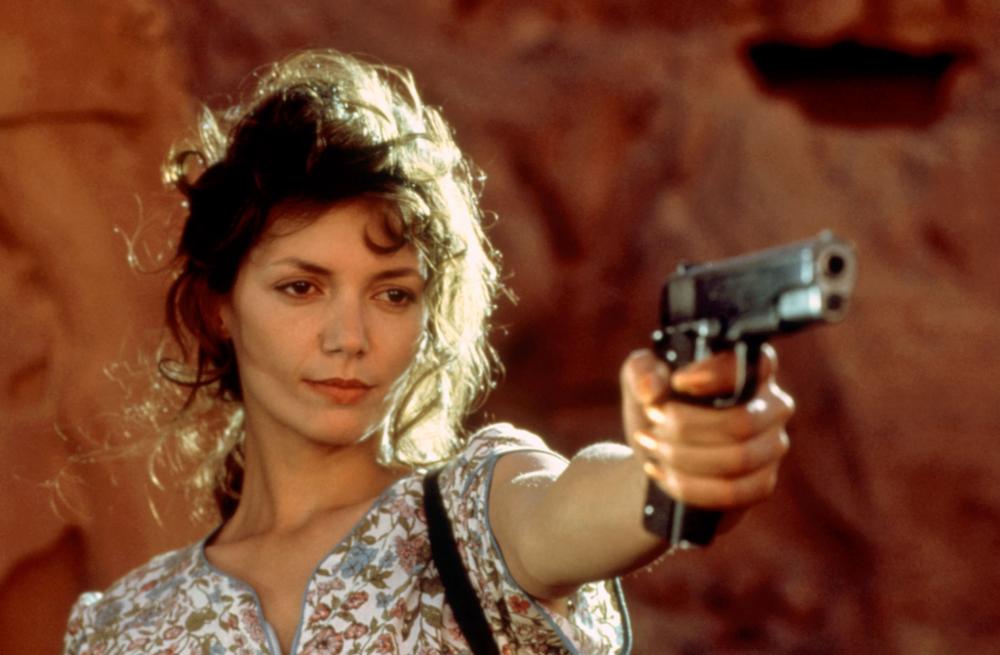 A young intrepid private detective is dragged into a whirlwind of danger by an obscure beauty with a suitcase of money until the world is hot on their heels: the police, the woman’s vengeful friend, and the mafia who owns the money.  If you look at the filmography of director John Dahl, nearly all of his filmography is kind of underrated. The guy is one of the best neo-noir directors who unfortunately didn’t make enough of movies.

“Kill Me Again” is even little more underrated than the rest. Maybe understandably, it’s not as strong as “Red Rock West” or “The Last Seduction,” but Dahl’s feature film debut is full of surprises, great performances, and is just pure fun. Val Kilmer is often a great lead but Michael Madsen’s over-the-top performance is likely what makes the film.

The movie is conceptually dark and gives neo-noir thriller fans what they want with many of the great trademarks of the genre. Even if you’ll find the twists and turns predictable, somehow it’s still enjoyable because it uses the familiar elements of the genre so well that you just lay back and enjoy. It’s not without flaws, but is still crazy entertaining. 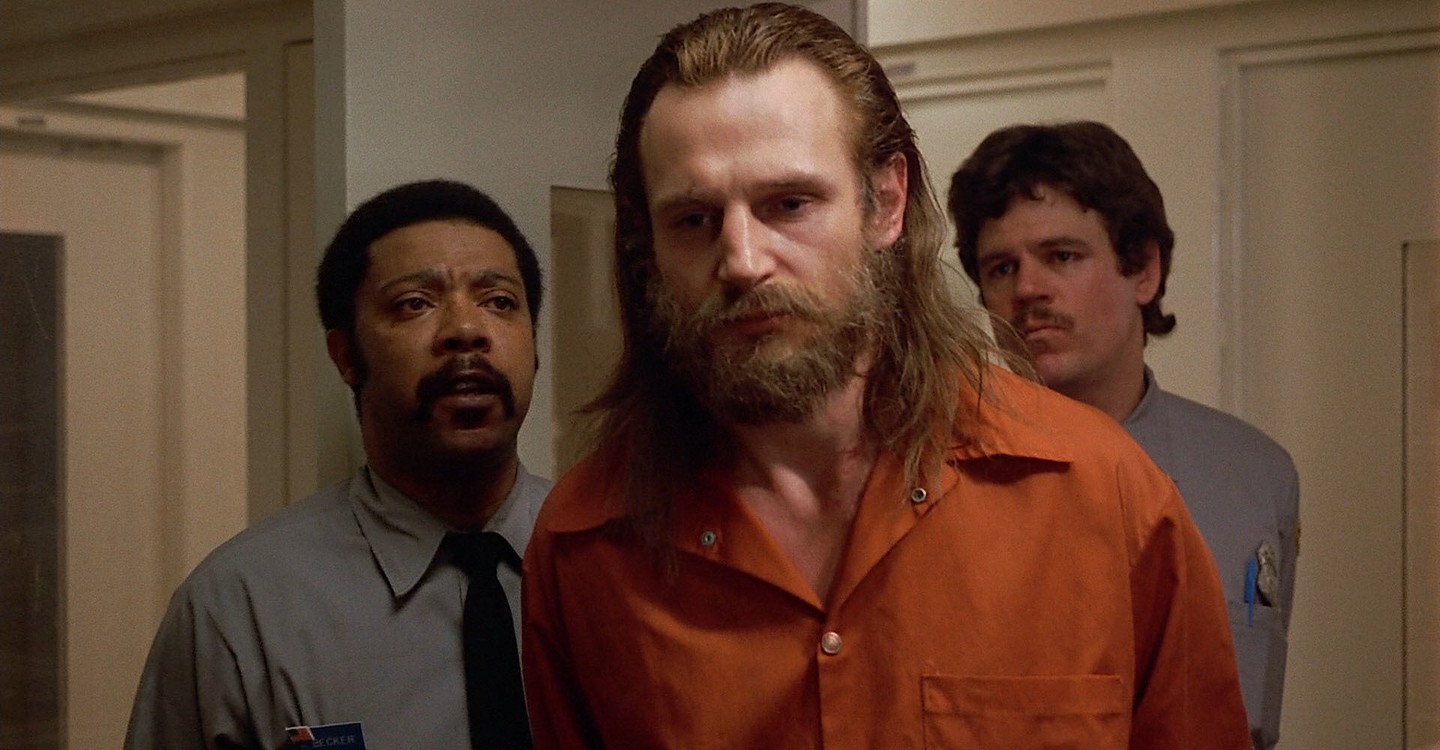 A U.S. Supreme Court Justice commits suicide and shortly after, the body of a file clerk at the Justice Department is found. Deaf-mute, homeless Vietnam veteran Carl Anderson (Liam Neeson) gets arrested just because he was sleeping in her car on the night of the murder. DC public defender Kathleen Riley (Cher) is beleaguered and assigned to represent Anderson.

Despite a well-known cast, “Suspect” didn’t make much of a splash and is hardly remembered these days. However, it’s a very well-made sure to please those who love their courtroom dramas with the right amount of suspense and thrills. The movie is full of exciting moments and a well-built mystery. Surprisingly intense, its suspenseful tone keeps you engaged and the performances also elevate the already very fine material.

Despite having a multi-layered story, “Suspect” handles the plot and narrative very well and everything comes together in a good way. Not without its flaws, maybe; the writing could have been tighter and some critics were a bit mixed on the reveal of the mystery in the end, but it’s an entertaining suspense from the ‘80s that is sure to make the genre fans enjoy. 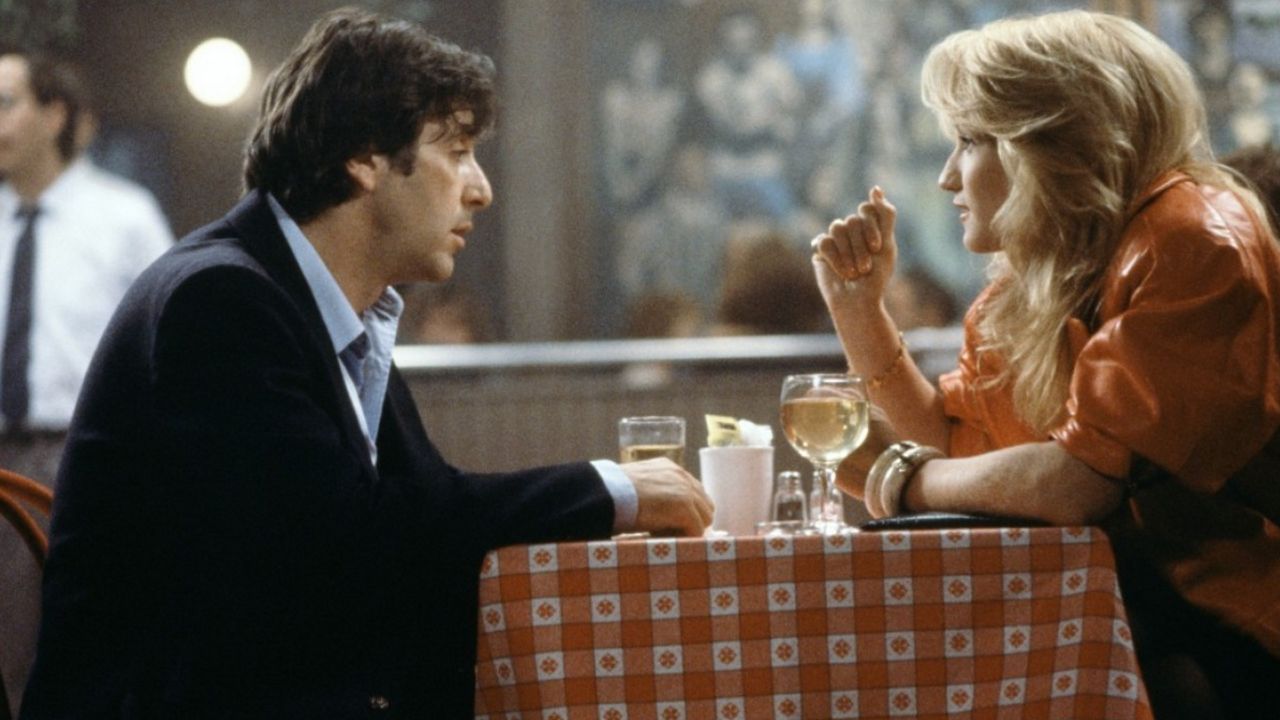 After the massive critical and box office flop “Revolution” (1985), Al Pacino made a comeback after four years with “Sea of Love.” Luckily the film was a box office success for its time, but its popularity is not on the same level anymore. Sure, it’s not something to be considered among Pacino’s very best considering his career, but it’s still a very good film that should be seen by more.

Director Harold Becker has made some other underrated and overlooked good films like “Taps” and “The Onion Field.” And in this one, he gives us a hypnotic, moody thriller story about a serial killer. Two men using poetry in personal ads from the New York Weekly have turned up dead and our detectives create a two-man taskforce to bait a woman that they feel is responsible. But the relationship between the detective and the woman becomes dangerously close.

Al Pacino shines as a quirky, alcoholic detective, but Ellen Barkin gives a strong support as well – even though years later she said she didn’t enjoy the filming that much – and their chemistry is one of the best things about the film. The story itself is also interesting and never stops to make you guess right until the end. Meanwhile, the script delivers some very fine, memorable lines. The soundtrack is also exceptional. 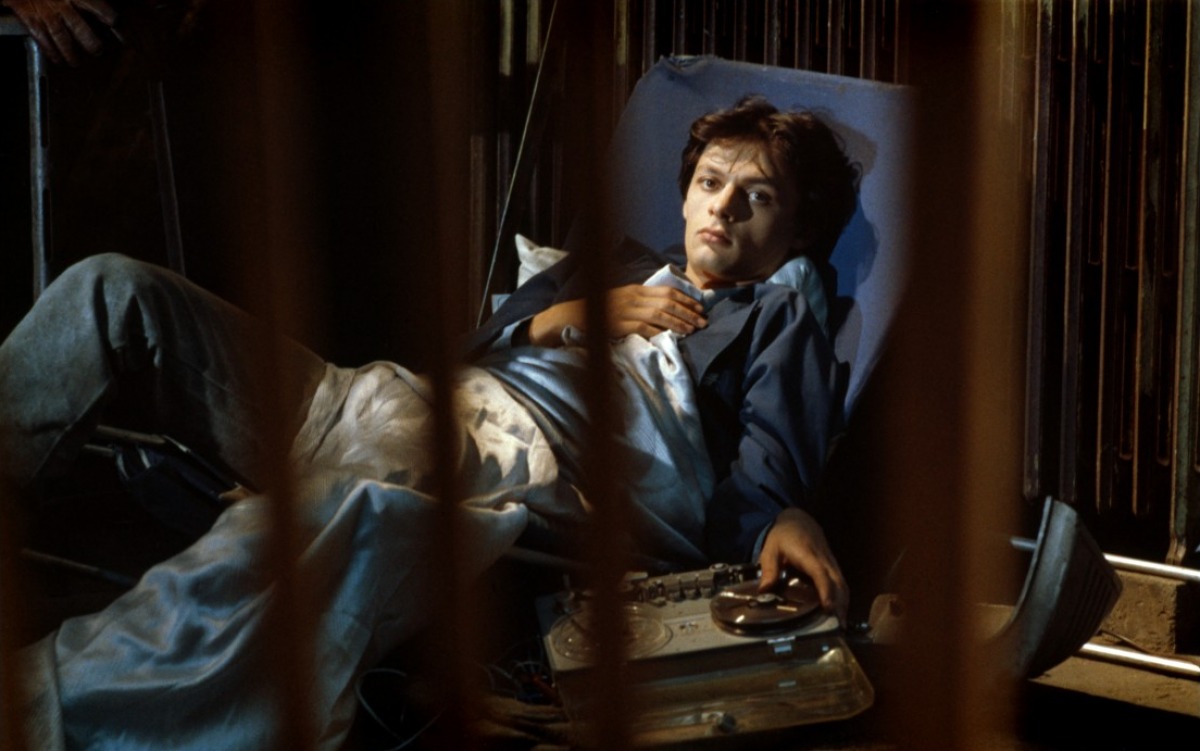 Jules, a young Parisian postman, adores the world-famous American opera singer Cynthia Hawkins and misses none of her performances. There are no records of her because she relies solely on the live performance and direct contact with the audience. At a concert by the artist, Jules secretly picks up her voice, records a bootleg, and steals a gown from her wardrobe. Then he flees. The next day he witnesses a crime; before his eyes, two crooks kill the former prostitute Nadia Kalensky on the street. Nadia drops the cassette in the bag of the postman’s moped moments before she is killed.

“Diva” is a hard film to describe in general. Its initial reaction in home country France was quite negative but after American critics championing it, the movie started to get more attention. It’s visually striking and stylish work. The soundtrack is also amazing, but the film is actually more than just great visuals and a really cool soundtrack. Of course, they were the first things that made it distinctive to some of the audiences, but the movie also has an interesting story, some worth-watching chases, and of course, the romance angle. Flawlessly constructed and gorgeously shot, “Diva” is an experience sure to remember. 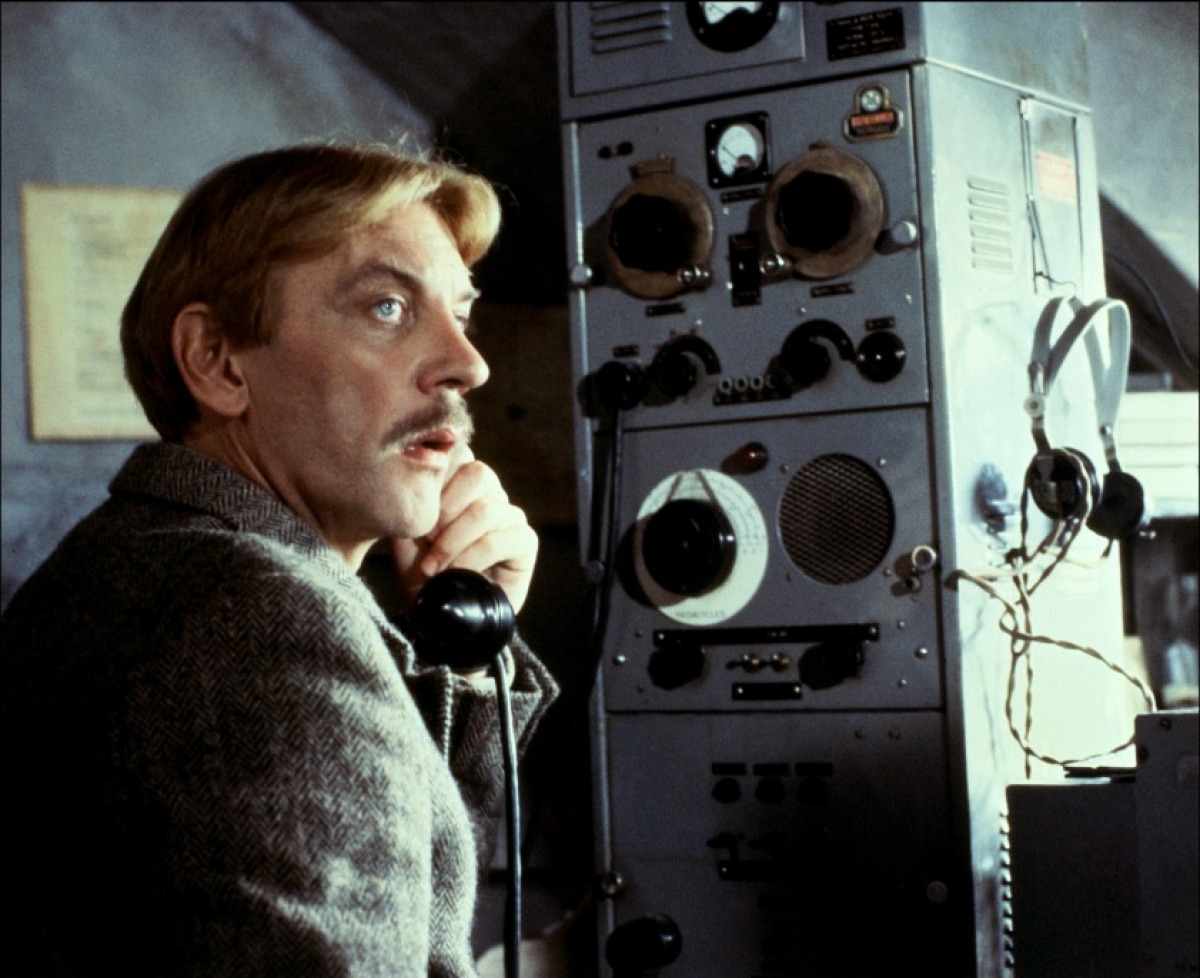 In one article by Patch, “Eye of the Needle” was chosen as one of the favorite spy films of former spies themselves. However, don’t think of it as some kind of hard-to-follow spy thriller or John le Carre adaptation. It’s old-school filmmaking with romance involved.

This engaging thriller is about a German Nazi spy, nicknamed “The Needle” as he commits his assassinations with a stiletto. This cold and emotionless man usually uses the name “Henry Faber.” In an attempt to not get caught in England, he tries to reach Germany, but bad weather causes him to stay on Storm Island, in a place occupied by a woman named Lucy, her disabled husband, their son, and a shepherd. Then after some point, a romance starts to blossom between our spy and Lucy. The island scenery is gorgeous, as is the cinematography.

The alienated atmosphere is also really strong through the film, and the viewer is kept lost in the suspenseful tone. Donald Sutherland is terrific in the lead role, portraying a very dark, a very cold human being who you know that he has a menacing side, but also feeling uncomfortable to see how he manages to hide it. One of the most underrated World War II thrillers, “Eye of the Needle” is probably also one of the more underrated ‘80s British films.