Whilst comedy in itself is a massively subjective genre – what one person finds funny, another person may not and vice versa. One thing that most of us can agree on is that when you see that a film is labelled as a comedy movie, you expect to laugh or at least find it mildly amusing. Of course, comedy is a difficult genre to master as it is virtually impossible to appeal to every viewer, but many comedy films do succeed to a mass audience.

On the flip side there are a number of films that are labelled as comedies which do not succeed in being funny at all. Be it due to bad acting, bad writing, bad directing or simply the misuse of humour, there are a number of comedy films which fail in their genre and end up universally panned and criticised.

Movie 43 features a collection of stories and spoofs – contributed by twelve different directors. Superheroes attend a speed dating event, two people on a blind date play truth or dare to break the ice and a perfect man has an unusual blemish on his neck in just some of the stories in Movie 43.

Starring an ensemble cast of some of Hollywood’s biggest names, including Academy Award nominees, Movie 43 has been called the “biggest waste of talent in cinema history.” As such, many critics and audiences were baffled as to how the film managed to get so many actors to sign up to it. It is thought that the answer lies in the domino effect – an effect which sees stars sign on once their peers have done so.

As Hugh Jackman and Kate Winslet were reportedly amongst the first actors to sign on, this encouraged many of their peers to do the same. Not everyone approached was keen however, Colin Farrell managed to get out of his contract and George Clooney was reported to have told producers to “F**k off.”

Although not considered a box office failure, the film made $32.4 million against its $6 million budget, Movie 43 has been hailed as one of the worst films of all time. It was widely panned by critics and audiences and won three awards at the 34th Golden Raspberry Awards including Worst Picture.

A group of twenty somethings find themselves bombarded by a series of natural and man-made disasters and must find a way to safety as they battle everything from twisters to earthquakes to rabid chipmunks.

Directed by Jason Friedberg and Aaron Seltzer, who are well known for their spoof movies, Disaster Movie is one of the worst reviewed films of all time. It received a 1% score on Rotten Tomatoes and is currently at 1.9/10 on IMDb.

The film received six nominations at the 29th Golden Raspberry Awards and grossed $35 million against its $20 million budget. Disaster Movie has featured on numerous worst films of all-time lists including Empire’s 50 Worst Movies Ever and Total Film’s 66 Worst Movies Ever.

Friedberg and Seltzer, whose other credits include films such as Epic Movie, Meet the Spartans and Vampires Suck, have a history of their films being named as terrible comedy films and called seriously unfunny. Their highest Rotten Tomatoes score to date is 6% for Date Movie. As such they have been victim to a lot of criticism and refuse to give interviews. 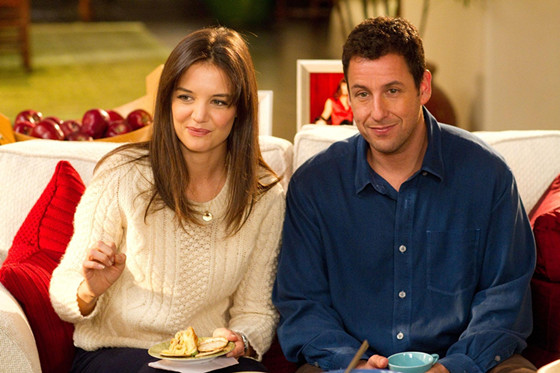 Successful advertising executive Jack has a perfect life with a beautiful wife and kids. He only dreads one thing – the annual Thanksgiving visit of his twin sister Jill, who is needy and passive aggressive. But this year things take an unexpected turn when Al Pacino, who Jack desperately needs to star in a commercial, takes a shine to Jill and Jack is forced to extend his sister’s visit.

Jack and Jill received twelve nominations in ten categories at the 32nd Golden Raspberry Awards and became the first film to sweep the Razzies, winning in every category that it was nominated in. Receiving terrible reviews across the board, Jack and Jill has been called Adam Sandler’s worst film of all time.

When confronted by the slew of bad reviews and criticisms of the film, Sandler simply said “I didn’t get into movies to please the critics. I got into it to make people laugh and have fun with my friends.”

Cartoonist Tim Avery lives a peaceful existence with his wife, son and dog until one day a mystical mask is uncovered which sees both baby and dog battling to control the mask. The matter is complicated even further when mischievous Norse God Loki comes searching for the mask, causing even more chaos and incurring the wrath of Loki’s powerful father Odin.

Son of the Mask was a box office bomb earning $57.6 million against its $84 million budget. It was also widely panned by critics and currently holds a Rotten Tomatoes score of 6%. At the 26th Golden Raspberry Awards, Son of the Mask was the most nominated film with eight nominations. It won Worst Remake or Sequel. Son of the Mask also won several awards at the Stinkers Bad Movie Awards including Worst Actor and Worst Sequel.

Star of Son of the Mask Jamie Kennedy stated in an interview that he had a lack of control over the project and that he had been put off further projects following the numerous bad reviews and personal attacks against him. Kennedy’s experience of the negative reception of Son of the Mask led him to co-create the documentary film Heckler which examines hecklers and professional critics. 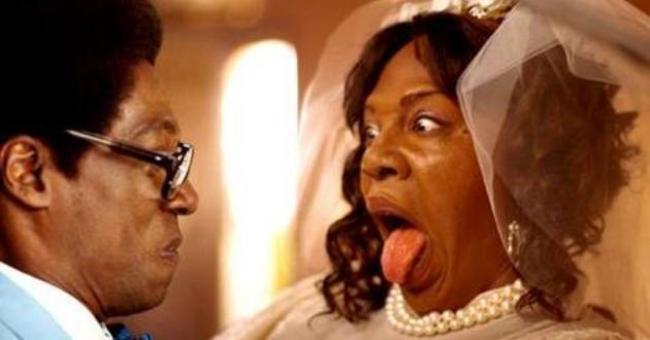 Quiet and meek Norbit was left abandoned at a Chinese restaurant/orphanage and has grown up being constantly picked on and bullied. He was even forced to marry the tyrannous Rasputia against his will. When Norbit meets a woman who he falls madly in love with, he has to find a way to stand up for himself if he is to ever live the life that he dreams of having.

Norbit was the first of three collaborations between director Brian Robbins and Eddie Murphy. They would later collaborate on Meet Dave and A Thousand Words. Although Norbit was a box office success earning $159.3 million against its $60 million budget, it was widely panned by critics. Norbit also received criticism for its portrayal of stereotypical characters and attracted criticism from black activist groups for the character Rasputia.

186
SHARES
FacebookTwitterSubscribe
Subscribe via Email or RSS Feed
Pages: 1 2
Comments (8)
Comedy Movies That Are Not Funny At All