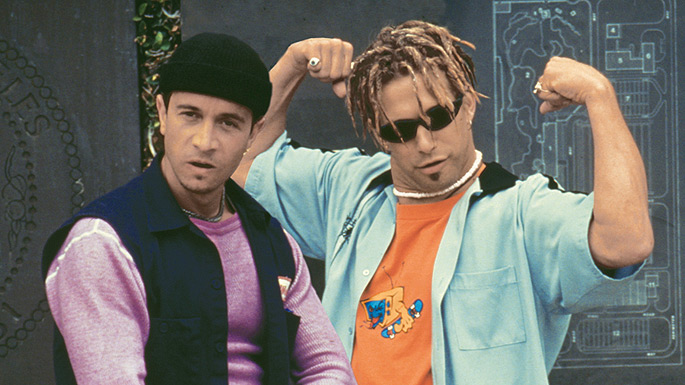 After being dumped by their eco-conscious girlfriends in the middle of the desert, Bud and Doyle enter a bio-dome mistaking it for a bathroom and end up trapped. Confined with scientists for the year long experiment, Bud and Doyle must face up to their bad behaviours and recklessness.

Directed by Jason Bloom, Bio-Dome was a box office flop grossing $13.4 million against a budget of $15 million. It also received widely negative reviews and currently holds a 4% score on Rotten Tomatoes. Criticisms include “inept in almost every respect,” an affront to the gods of cinema” and “the gold standard of crap in Shore’s oeuvre.”

At the 17th Golden Raspberry Awards, Pauly Shore co-won a Razzie award for Worst Actor tying with Tom Arnold for his work in Big Bully, Carpool and The Stupids. In the years since the films’ release, Bio-Dome has gone on to gather a small cult following who believe the film to actually be one of Shore’s best. There is the possibility of a sequel with reports that both Shore and Stephen Baldwin are on board and eager to make the film, and that they are currently seeking studio approval. 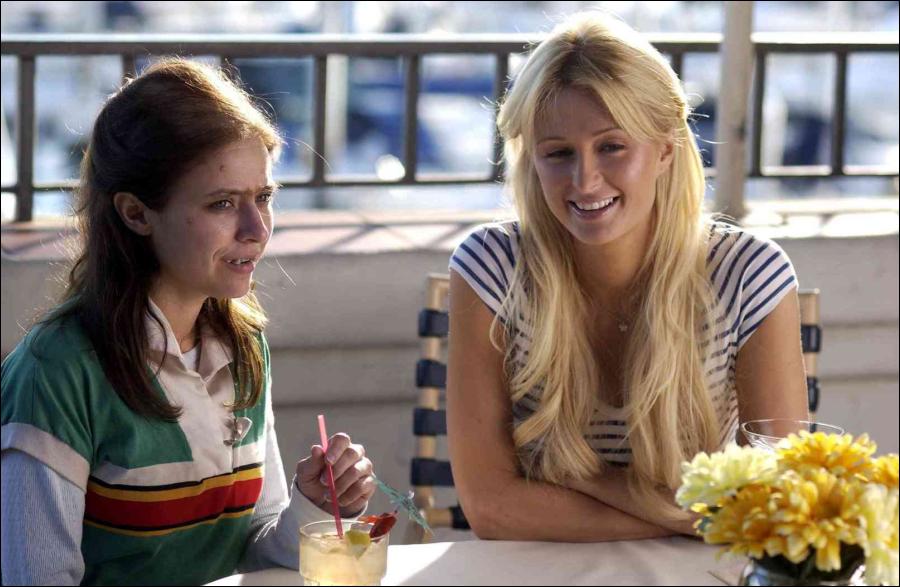 When Nate meets his first crush Cristabelle in his twenties, he realises that he has never stopped loving her. But Cristabelle refuses to go on a date with him unless her severely ugly friend June has a date as well. When June gets a makeover and is transformed, Nate begins to wonder who it is that he is truly in love with.

The Hottie and the Nottie was critically panned universally. At the 29th Golden Raspberry Awards, Paris Hilton matched Eddie Murphy’s previous record by winning three awards including Worst Actress. Critics called the film “excruciatingly, painfully, horribly, terribly awful,” “very, very unfunny” and “one of the worst movies ever made.” The film also appeared on several worst of 2008 lists.

Gathered at the lake house where they celebrated their biggest victory, thirty years after graduating from high school, five former basketball teammates meet to mourn the passing of their late coach. Spending time together, the five friends realise that just because they now have families and jobs, it doesn’t mean that they have truly grown up.

In spite of its box office success, Grown Ups was panned by critics and currently holds a Rotten Tomatoes score of 10%. The main criticism levelled at the film was its obnoxious and unfunny nature, and the fact that it only appeared to act as a vehicle for Sandler and his friends. The Telegraph called Grown Ups “like being sat on by all your least favourite school bullies.” Nevertheless, a sequel to Grown Ups entitled Grown Ups 2 was released in 2013. Again, the film was a box office hit but was received poorly critically. 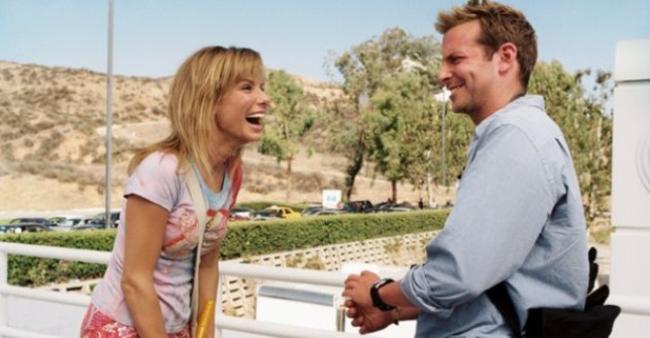 After going on a blind date with a CNN cameraman called Steve, Mary a crossword-puzzle designer falls head over heels in love believing that Steve is her true soulmate. Encouraged by reporter Hartman Hughes, Mary decides to follow Steve across the country in a bid to win his love. Along the way she meets an assortment of misfits who make her begin to reassess how she feels about herself.

Sandra Bullock showed up to receive her award, giving out a copy of the film to every member of the audience. When an audience member thanked her for the copy, she said “You say that now.” Ironically Bullock won an Academy Award for Best Actress for The Blind Side the next day.

Directed by Phil Traill, All About Steve made $40.1 million at the box office against a budget of $15 million. Since its release, Bullock has said that the film was “widely misunderstood.” 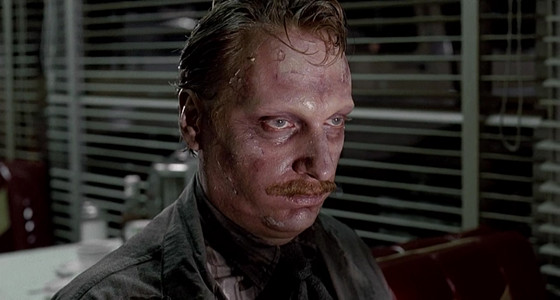 Based on the Marvel comic book character, Howard the Duck follows Howard from the planet Duckworld after he is beamed to Cleveland. In Cleveland, Howard makes friends with Beverly after saving her from thugs and together they attempt to evade government agents who want to capture Howard before he can return to Duckworld.

Directed by Willard Hucyck, Howard the Duck was originally supposed to be an animated film but became a live action one due to a contractual obligation. Previously several television adaptations of Marvel characters had been aired but this was the first theatrically released feature film after the serial Captain America. The film was produced by Lucasfilm Ltd. after Lucas proposed adapting the comic book following production of American Graffiti.

Upon its release, Howard the Duck was a box office bomb and a critical failure. It earnt $15 million domestically and $38 million worldwide against a budget of $37 million. The film was nominated for seven Razzies at the 7th Golden Raspberry Awards and won four. The film was described as a “hopeless mess” and “as bad as you’ve heard. Actually, it’s worse.”

Despite its many criticisms, the film has since gone on to amass a cult following amongst fans of the comic book series.

186
SHARES
FacebookTwitterSubscribe
Subscribe via Email or RSS Feed
Pages: 1 2
Comments (8)
Comedy Movies That Are Not Funny At All