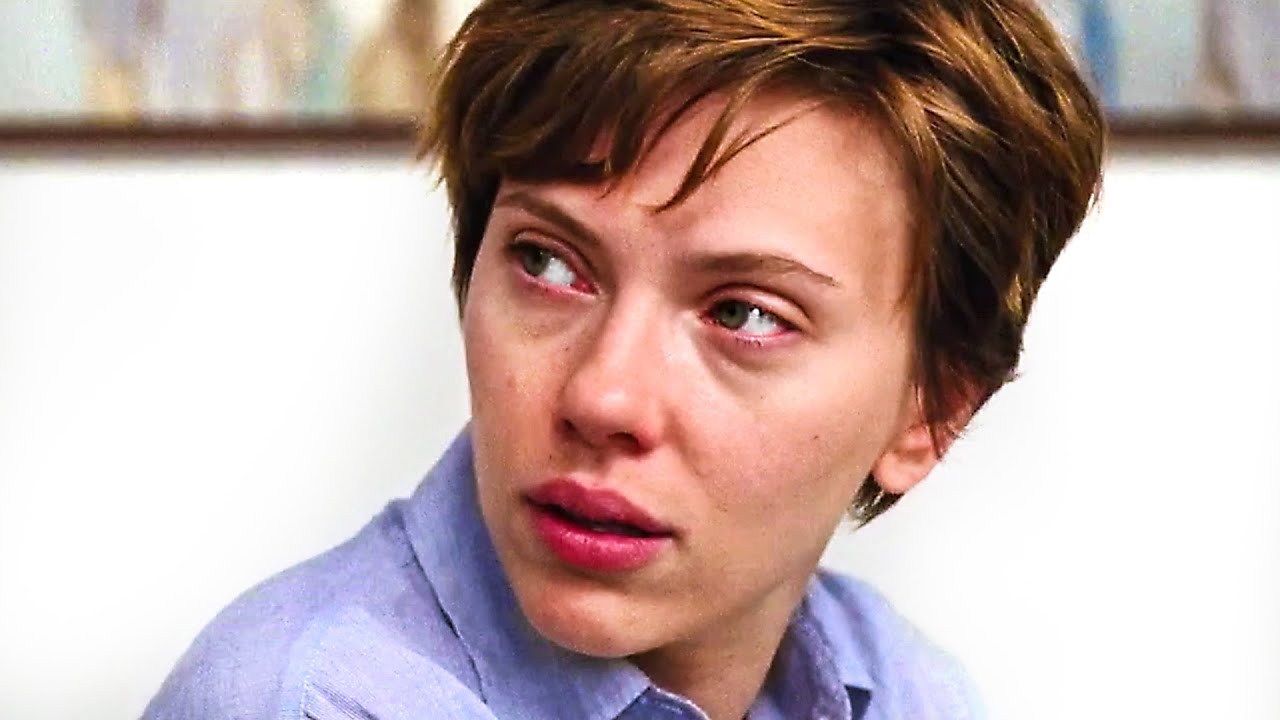 2019 has been a year filled with great performances, and many of the industry’s greatest actors have done exemplary work. Any performer with a renowned track record of choosing good roles will find it hard to live up to the expectations of delivering more great work, and it’s truly impressive when someone can give a performance that rivals the roles they are best known for. What’s even more impressive is when a great actor or actress can rise above everything they’ve previously achieved and deliver the strongest work of their entire career.

It’s not always immediately evident which roles will go down in history as the best that someone has given, but these performances allow these legendary actors and actresses to show a new side of themselves. These are ten characters that leapt off the screen and become iconic due to the performers that brought them to life, and they show that the best artists are the ones that continue to challenge themselves. Here are the top ten actors that gave their best performance in 2019. 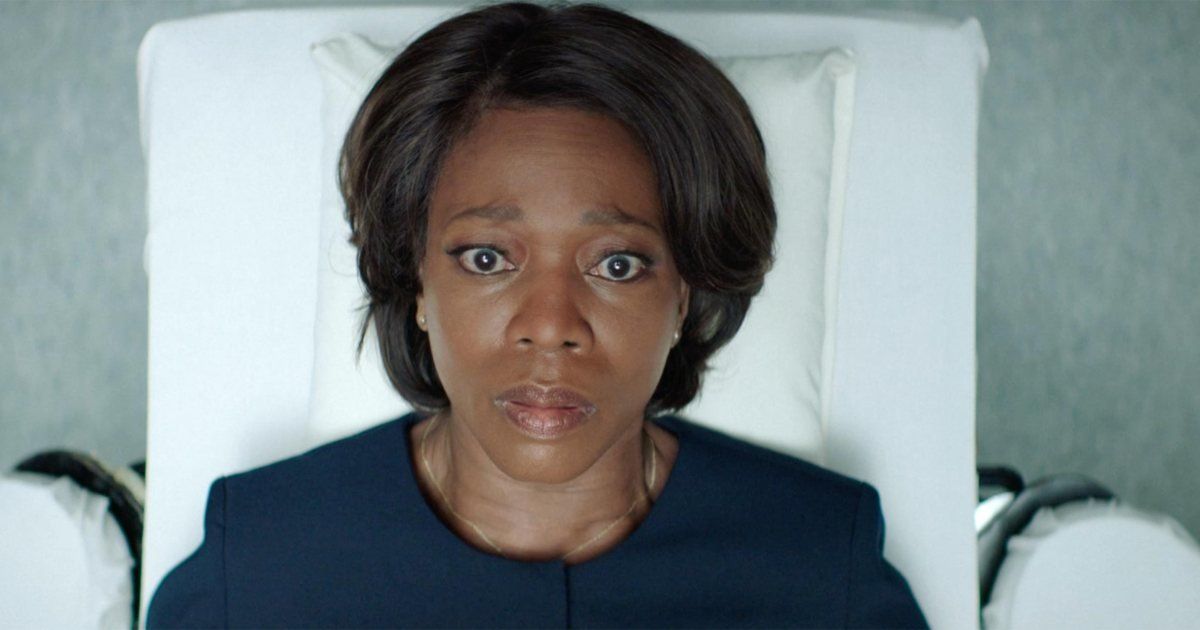 With an extensive career that includes stage, television, and film roles, Alfre Woodard has delivered many memorable performances, but she’s never played a character as nuanced as Bernadine Williams in Clemency. As the warden of a Death Row prison, Woodard shows the intense scrutiny and moral decisions that are made throughout the midst of a criminal trial and execution of one of her inmates. The entire legal process is seen through the eyes of this character, and Woodard does an incredible job at showing how her past experiences impact her decisions and viewpoints.

Much of the film deals with how Woodard’s character is unable to adjust to a normal life, and many of the strongest scenes in the film revolves around her failing to reconnect with her husband (Wendall Pierce); even if he wants to help her, he’s never had an experience that is even remotely close to what she deals with on a daily basis. Woodard’s performance is one of restraint, as a prison warden must impose authority as she interacts with those that look up to her, but when Woodard finds the cracks in this personna and makes herself vulnerable, she elevates the entire film with her gripping work.

9. Andrew Garfield, Under the Silver Lake

Between films such as The Social Network, 99 Homes, Silence, Hacksaw Ridge, and even the short lived The Amazing Spider-Man series, Andrew Garfield has proven to be a likeable young actor who can bring a signature charisma to his performances. With Under the Silver Lake, Garfield is forced to shed his nice guy persona and play a character that is obsessive, creepy, and clearly delusional at points. His character Sam is unhealthily obsessed with pop culture and doesn’t have any real meaning in his life other than the search for a girl he’s in love with, but Garfield is able to make Sam interesting to watch because of his idiosyncratic behavior and strange interests.

Under the Silver Lake is such a layered and complex film that it needs a strong lead performance to keep the story grounded, and Garfield does a great job at using his wacky antics to draw the viewers into this crazy world. The role requires a lot of physical comedy, and Garfield shows a lot of bravery with his commitment to the off-beat style; he’s also able to reflect the same wide-eyed confusion that some viewers may relate to as they’re caught up in this strange conspiracy adventure. Even if he started off his career playing likeable leads, Garfield showed with Under the Silver Lake that he can give a different type of performance.

Ever since his breakthrough performance in Terry Gilliam’s Brazil, Jonathan Pryce has shown a great range with the types of roles he chooses, appearing in as wide ranging films as Glengarry Glen Ross, The Wife, The Age of Innocence, and the James Bond film Tomorrow Never Dies among others. Pryce excels at playing characters of authority and experience, and he uses both of these skills in his performance as the future Pope Francis in The Two Popes. It’s often challenging to take an iconic historical figure and see them as a real person, but Pryce grounds his performance as one of a humble community leader who isn’t interested in the church politics of his peers.

Key flashbacks to Francis’s life as Jorge Mario Bergoglio do a great job at exploring the character’s regrets and inspirations, and Pryce carries an entire history in his performance as Francis unexpectedly becomes one of the most influential people in the world. While Pryce has often played villains, he does a great job at bringing a warmth and compassion to someone who cares deeply about others and wants to both honor traditions and modernize the church. Pryce’s interactions with Anthony Hopkins as Pope Benedict XVI bring a surprising amount of comedy to the film, and seeing these two very different men come to terms with their differences makes for a heartfelt character study.

After her breakout Academy-Award winning performance in 12 Years a Slave, Lupita Nyong’o has appeared in many popular blockbuster films, including Black Panther, The Jungle Book, and the new Star Wars trilogy. Nyong’o topped all of her past work with her role in Jordan Peele’s Us; not a typical horror lead in any way, Nyong’o simultaneously carries all the strength and emotion of a mother desperate to protect her children and the sinister side of her dark doppelganger. Us is a film that explores the class divide through two different societies that feed off of each other, and Nyong’o has the unique challenge of playing two characters that are on opposite sides of the equation.

Nyong’o did considerable work to change her voice for the doppelganger character, and she brings a sense of animalistic intensity to this manipulative and conniving force that won’t stop in her pursuit of the core family. Nyong’o is equally convincing as Adelaide, a mother whose anxiety over a traumatic event during her childhood fuels her desire to protect her children and avoid the Santa Cruz beach that has haunted her life. Peele’s screenplay is filled with twists and turns, and Nyong’o makes sure that none of these plot developments overshadow the emotion of the story.

An absolute screen legend, Willem Dafoe has delivered countless memorable performances in his over thirty years of experience, including Platoon, The Florida Project, Spider-Man, Wild at Heart, At Eternity’s Gate, and many Wes Anderson films among others. Dafoe is one of the most iconic character actors of his time, and is unparalleled in his ability to play peculiar and strange characters. It makes sense that Robert Eggers would seek someone like Dafoe to play a crotchety lighthouse keeper in his surrealist masterpiece The Lighthouse, and it’s impossible to look away from this crazed character as he ventures further into insanity.

Dafoe takes all the stereotypes of an old lighthouse keeper and fleshes them out; his backstory is rife with contradictions and questions, and the enigmatic nature of this character makes him consistently interesting to watch. Dafoe is required to do a lot of things, including farting on command, chasing Robert Pattinson with an axe, and singing drunken sailor songs, and virtually no other actor could play this role without falling flat on their face. While Dafoe was also excellent in this year’s Motherless Brooklyn, it’s his performance here and his chemistry with Pattinson that will go down as his strongest work to date.