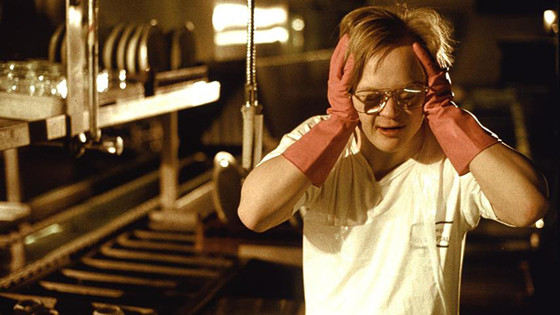 And in-betwixt these two, he directed another masterpiece, 2003’s The Five Obstructions, a remake of Jørgen Leth’s 1968 Det perfekte menneske (only 1,927), one of the most emotionally-profound statements recorded-on-film on the spiritual-depth of art. 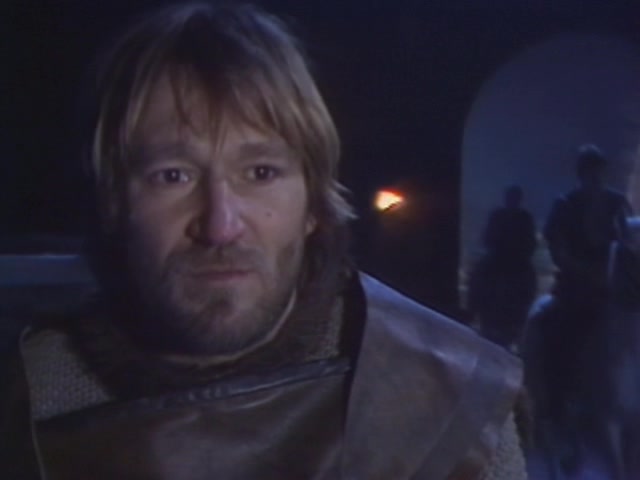 With only 241 IMDb votes, this “talky/non-cinematic-merely-filmed-literature/theatre-without-any-utilization-of-cinematic-gaze/devices/expression/language” (i.e. actually-emotionally-profound, in this case, about important sex-differences) is-indeed-just-what-dudebros-would-expect, though, what-a-“talky/non-cinematic-merely-filmed-literature/theatre-without-any-utilization-of-cinematic-gaze/devices/expression/language”-it-is! Stripped-down to the bare-essentials on a nearly-empty sound-stage à la Hans-Jürgen Syberberg, it was shot in merely two-shots, one lasting-five-minutes, the second, fifty-seven. 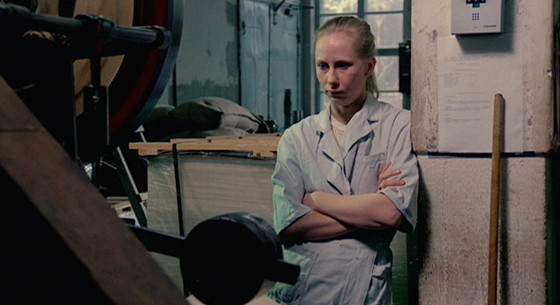 Robert Bresson’s more-humorous-heir Aki Kaurismäki’s criminally-underseen work – 1986’s Varjoja paratiisissa has only 3,770 IMDb votes – was described by Michael Koresky, in his Criterion Collection DVD insert, thusly: “Shadows in Paradise [could] be considered his rendition of a romantic comedy—although one that opens with an image of a blank wall[, s]oon enough that wall is revealed to be a garage door, through which en-ters a procession of less than gregarious garbagemen[, s]cenes of physical labor even-tually give way to the story of a charmingly cheerless love affair that serves as an un-expected lifeboat for its down-and-out principals[, t]he romance between direct but directionless trash collector Nikander [and] cynical supermarket checkout girl Ilona [Rajamäki in] gutted streetscapes and sparse, ramshackle apartments of Helsinki’s less fortunate areas, is hopelessly tentative, depicted as a series of minute gestures, timid and lovely[, 1988’s Ariel] begins with a still frame into which workers march—this time, it’s a group of coal miners on demolition duty, ascending a staircase, with his mine shut down, Taisto [Kasurinen] accepts some final words of wisdom and the gift of a used [convertible] from his father and co-worker, who then shoots himself, and leaves his Lapland home for Helsinki, with the vague hope of something better[, l]uck would have it differently, however, and Taisto finds himself a small fish in a big, muddy pond[, y]et Kaurismäki gives Taisto a saving grace, an amusingly blank love interest, divorced single mom Irmeli [Pihlaja]. Taisto and Irmeli are at opposite ends of the employment spectrum: while the former can’t maintain a job, the latter is living off a hilariously endless series of them, from meter maid to housekeeper to bank guard. Kaurismäki himself comes from a working-class family and has his own comically long list of trades from his youth—forty in all, he claims, including port storeman, maintenance worker, and dishwasher, not to mention his eventual work as a film critic and screenwriter—making the plights of Taisto and Irmeli more than a little autobio-graphical[, a]s with [Varjoja paratiisissa], Kaurismäki directs Ariel with a mix of aus-terity and warmth that results in an almost inexplicable poignancy and frankness, de-spite its characters’[s] emotional reticence[, t]he opening sequence of [Tulitikkutehtaan tyttö] brilliantly illustrates this notion of working-class superfluousness[, i]n a series of short, terse shots, a machine chugs along at a swift pace, breaking down tree logs into packets of matches[, Iris,] although she has the mien of an automaton, check[s] the boxes as they are conveyed by. Iris’s obsolescence is reiterated in her drab home life, where her mother and stepfather only acknowledge her to tear her down, and in her stabs at dating, which mostly consist of not being asked to dance at a local nightclub.” 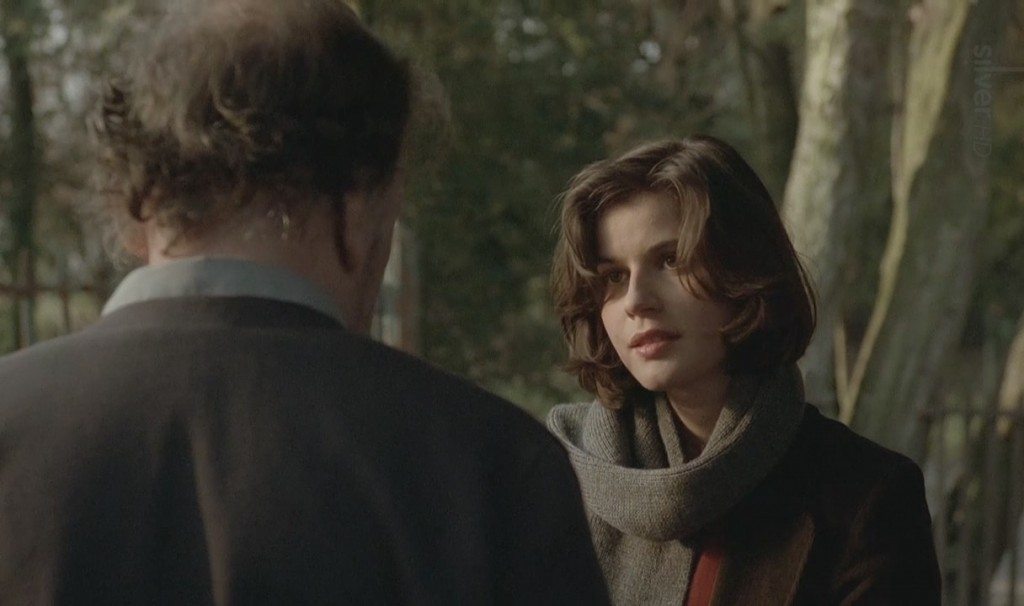 1993’s Three Colors: Blue/Trois couleurs: Bleu is about liberty, it tells of a woman (Juliette Binoche) coping with the death of her husband-and-daughter in a road-accident she herself survived, initially-attempting to rid-herself-of-all-memories-of-her-past-life, finding-out who her husband’s mistress was (and she is carrying his child), she becomes more engaged in her former-life, arranging for her to have her husband’s house, finally-letting-go.

Rouge is about fraternity, it tells of a woman (Irène Jacob) hitting a dog during a traf-fic-accident, locating the owner (Jean-Louis Trintignant), a former-judge who eaves-drops on his neighbors’s telephone-conversations via illicit-technology, challenging her to inform on him, teaching her that her actions of telling/not-telling-as-well-as-her-spying/not-spying make no-difference to eventual-outcomes.

With only 44 IMDb votes, this is a tale of several persons trying to take-control of the inheritance of a recently-deceased English film-magnate, travelling to Papeete, French Polynesia, to look for the heir, only-to-give-up (and-settle-the-island) when not-finding him.

Another great portrayal of the soul/psyche of a child, 김기덕’s 春夏秋冬そして春 deals with a Buddhist apprentice-boy, living in a Korean monastery, tormenting a fish, a frog, and a snake by tying a small-stone to their bodies with strings and laughing at their struggles-to-move. His master quietly-observes on all three occasions, and that night, ties a large/smooth rock to the apprentice as he sleeps. In the morning, he tells him that he cannot take-off the rock until he unties the creatures he tormented. If any of them die, “he will carry the stone in his heart forever.” The master watches as the boy begins to cry-heavily at seeing what he has done to the snake/frog/fish. 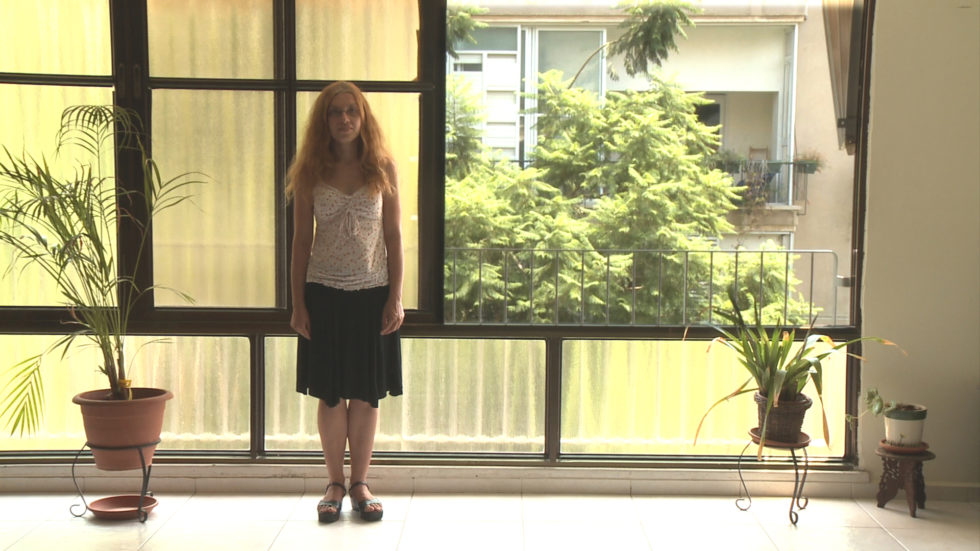 In 2004’s From Language to Language/משפה לשפה, which only has a puny IMDb 15 votes, she talks to Israeli writers who write in Hebrew, even-though it is not their native-language, about the importance of language and asks how the struggle between their mother-tongue and Hebrew affected them, in 2008’s Langue sacrée, langue parlée/לשון קודש שפת חול, she speaks with Israeli writers (e.g. Yitzhak Laor) about what became, religiously-wise, of Hebrew, the sacred-language of the Jews for two-millennia, when it became a living-language upon Israeli independence, and, in Traduire, which only has 9, she converses with translators of Israeli/Hebrew works (e.g. Shmuel Yosef Agnon’s novels) into different languages. More-moving-than-it-sounds-like.