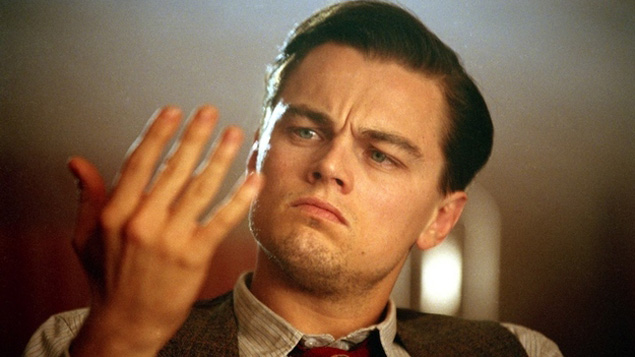 This is a ranking of Leonardo DiCaprio’s films, not his performances, although I do try to take the quality of his performance into account when assessing the quality of the film in question. I’m leaving out “Poison Ivy” (1992) because DiCaprio only appears on screen for a few seconds and has no lines. 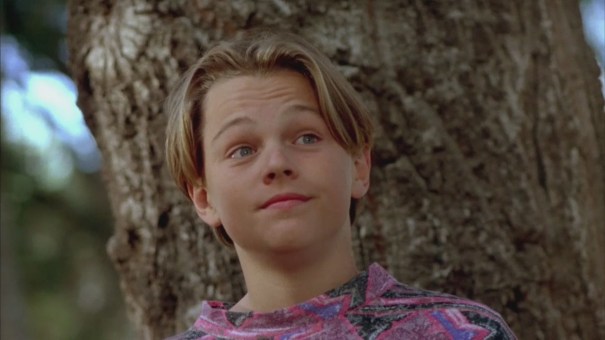 Though Stephen Herek denies that the “Critters” franchise took inspiration from “Gremlins,” it seems undeniable that the series rode on the success of “Gremlins.” The third entry is unmercifully not even the end of the series, with the primary setting this time around being a Los Angeles apartment complex.

To say that DiCaprio is one of the most skilled actors in this movie is not saying much. This is far from DiCaprio’s best work, of course, but he still stands out a bit from the mediocrity of the rest of the cast. But despite the lackluster acting and hokey special effects, “Critters 3” is never lackluster or hokey enough to warrant cult classic status.

Like any movie about poets, “Total Eclipse” gets something of a free pass for overly lyrical dialogue because the characters speaking it are, well, poets. But just because we accept the cheese factor of the screenplay a little bit more than usual doesn’t make the characters any less irritating.

DiCaprio and David Thewlis star as Arthur Rimbaud and Paul Verlaine, two nineteenth-century French poets who engage in a romance that defies the laws of their time. Rimbaud is manipulative, Verlaine is habitually drunk, and both are selfish, with Verlaine’s selfishness seen most clearly in his persistent maltreatment of his wife. The subject matter is intriguing enough; too bad the execution is exasperating. 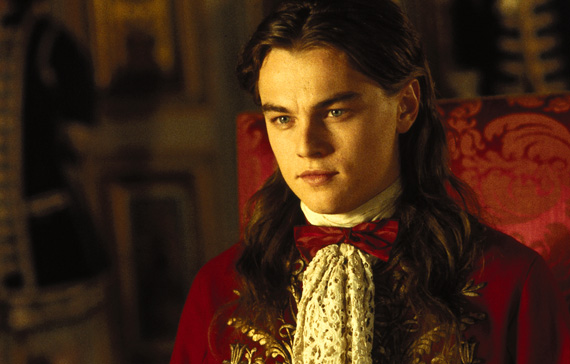 If you’ve ever wanted to see two Leos fighting each other, this is your movie. He plays both King Louis XIV of France and his imprisoned twin brother Philippe. DiCaprio is less suited for this dual role than for most other roles in his career; he’s not bad in either part, but he fully embodies neither King Louis’s villainy nor Philippe’s tortured heroism.

DiCaprio got top billing due to the success of “Titanic,” but let’s not forget that this is also a Three Musketeers – well, Four Musketeers – movie. Gabriel Byrne is convincing as D’Artagnan, and the trio is played by a seasoned set of actors: Jeremy Irons, John Malkovich, and Gérard Depardieu. None of the relatively good acting is enough to cover up the corny script, bland direction, and rambling, improbable plot though.

Clint Eastwood has proven he can make a good biopic (“Bird,” for instance), but this one is just a slog. The film never quite decides which angle to view Hoover from, and so it ends up wandering around in a variety of directions, neglecting to develop any of them in particular.

DiCaprio is characteristically good as Hoover, but the movie squanders his talents with its scattered plot and ends up hiding him in laughable age make-up. In his more engaging films, Eastwood’s subdued directorial style accents the dynamism of his subjects; here, it just serves as a dull frame for a dull picture. 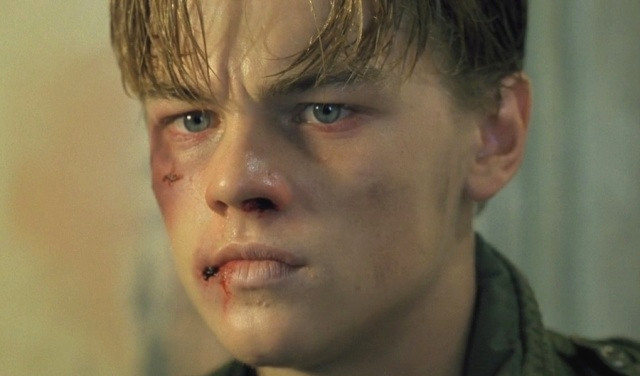 From the hyperbole of DiCaprio’s performance as Jim Carroll, you might think he’s addicted to chewing scenery rather than shooting up heroin. That said, the sheer desperation of his character merits a little scenery-chewing, and his acting is one of the only remarkable aspects of the film. In certain scenes (as in the scene where he pleads with his mother), he manages to seem authentically pathetic instead of simply whiny.

The other pieces of the film are less engaging. The overdramatic cinematography and editing make it difficult to take Carroll’s plight too seriously, with his first time shooting up filmed as a dreamy romp through a field of flowers that says nothing especially intelligent about the perils of drug use. 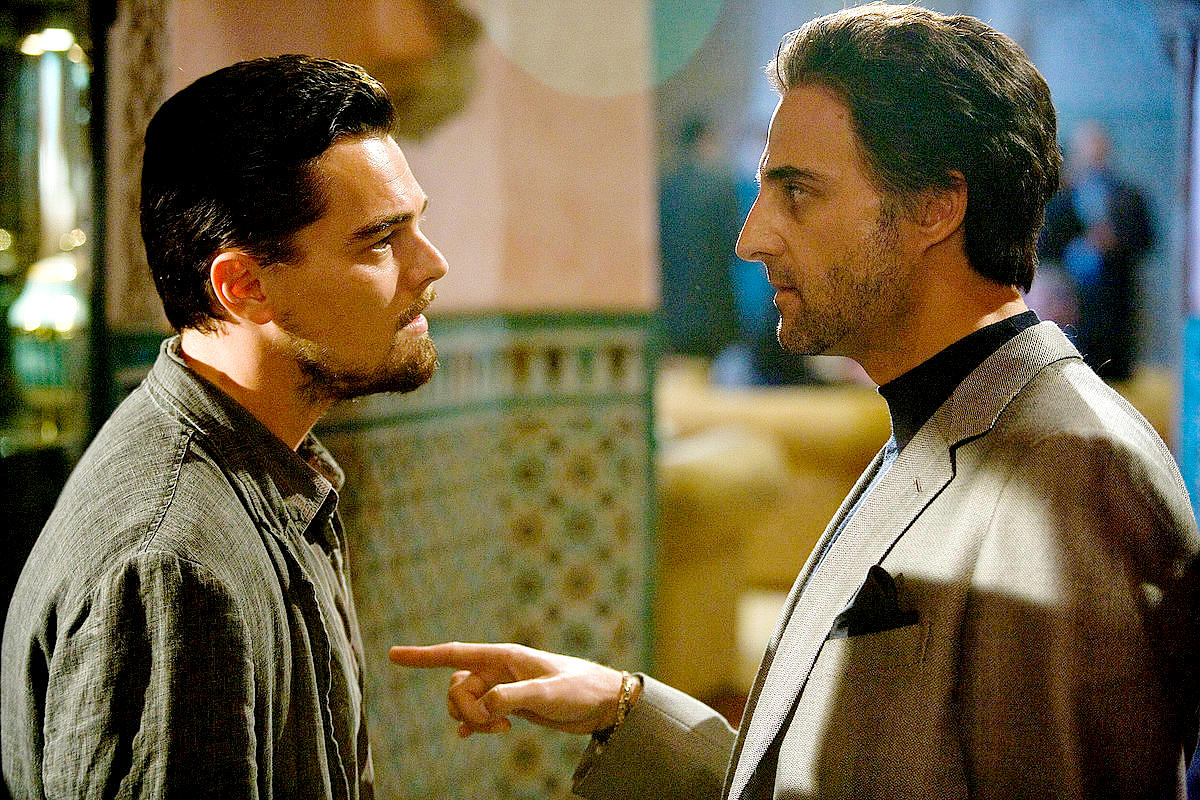 Ridley Scott knows how to make sci-fi classics and award-winning sword-and-sandal flicks, but he also knows how to make extremely run-of-the-mill thrillers. DiCaprio stars as Roger Ferris, a CIA officer operating in Iraq and eventually Jordan, and Ridley Scott regular Russell Crowe plays his boss. The plot revolves around their counterterrorist efforts, although any attempt to tap into post-9/11 anxieties feels tired at best.

The central performances by DiCaprio, Crowe, and Mark Strong – as well as the supporting work by Golshifteh Farahani and Oscar Isaac – elevate the film slightly, but the formulaic plot turns and mostly generic action sequences prevent “Body of Lies” from being anything more than passable.

Woody Allen’s disjointed take on celebrity culture tracks a man and woman who veer off in different directions following their divorce. Kenneth Branagh plays Lee, a failed novelist who decides to try out celebrity journalism, and Judy Davis plays Robin, who lands a job interviewing celebrities for television.

DiCaprio plays one of the celebrities around which Lee and Robin orbit. He is spoiled, abusive, and one of the most dynamic characters. The rest of the film feels like Allen wearily repeating himself; he seems to feel obligated to turn out a movie every year or so, and this is one of the more average ones.

Filmed in 1995-96, “Don’s Plum” was not released until 2001. Its stars, DiCaprio and Tobey Maguire, attempted to prevent its release, as their fame had increased significantly since the film was shot. Despite their counter-efforts, the film premiered at the Berlin International Film Festival. While it’s neither DiCaprio nor Maguire’s best work, it’s also not as embarrassing as they seem to think.

Any plot is largely irrelevant. “Don’s Plum” is a spontaneous hangout movie in the tradition of indies like “Clerks,” structured around conversations more than events. It’s never great, but as you can see from its place on the list, it’s not DiCaprio’s worst either. Maybe he was just self-conscious about the scene where he wears exaggerated buck teeth and picks his nose.

The makers of “The Great Gatsby” adapt Fitzgerald’s novel without seeming to fully understand it; the film is all surface, and any substance feels like a sleek imitation. The gaudy cinematography captures the exorbitance and flashiness of Gatsby’s parties but is ill-suited to quieter moments of human interaction and emotion.

That said, DiCaprio really does nail Gatsby’s mysterious charm. His presence provides a gravity that almost every other aspect of the film lacks, and his smile actually manages to hint at the rare “quality of eternal reassurance” Fitzgerald describes. Too bad the movie itself plays like a CliffsNotes guide covered in glitter.