Perfection is subjective when it comes to art. A mathematical equation can only have one answer, no matter what those Facebook shareable quizzes tell you. When it comes to art, it is all about your interpretation. For action buffs, a perfect film may be the one that exhilarates them the most. For comedy enthusiasts, the perfect comedy may have to do with the greatest one-liners, the best timing, or the goofiest characters (or all of the above).

For many critics, the perfect film has more to do with two certain facets. Firstly, how well does a specific film check off all of the fundamentals that a film requires (rather than just doing the bare minimum in each field)? Secondly, how many boundaries has this film broken in a progressive way (rather than bad films, which regress with their mistakes)?

Once again, all of these matters are subjective. Someone can think the open-ended conclusion to a film like Phantom Thread is lazy, while another can see it as thought provoking. In fact, ten entries is not nearly enough to even work with, as the new millennium has churned some fantastic cinema.

However, limiting my options to ten is a challenge that forces me to question how far each entry went the extra mile outside of the plethora of honourable mentions (I won’t list them all. I’ll let your comments do the work).

For a list of ten, while many of my favourites are missing, I do feel comfortable with these picks, because I can find very little wrong with any of them (if any at all). Here are ten of the perfect films of the 21st century thus far.

There may be some spoilers ahead, so be careful as always.

The title seems basic. This has to do with a separation. A couple are getting divorced in a politics-divided Iran; Asghar Farhadi cleverly keeps the talk about Iran’s voting crisis (at the time) to a bare minimum, thus providing a stinging context for those affected by it. A distant mother seems like the first target to shame, but the earnest father that goes too far suddenly complicates the situation.

By the end of the picture, we are put in the places of their children. Who could we possibly pick? As the credits roll and we are given a tiny bit of time to decide, we still cannot make up our minds. There is enough stress to boil your blood throughout the picture, so the ending result is also a very bitter one. Farhadi successfully makes you feel turmoil towards a disintegrating family, and you cannot separate yourself from it at all.

Charlie Kaufman fought tooth and nail for this picture to be made, as he resorted to a kickstarter campaign to get funding for a likely-impossible studio flick. The end result is a highly imaginative stop-motion film that coincidentally focuses on the frozen elements of living in limbo. Kaufman perfectly captures mental health issues from the mind of a man battling a variety of issues: depression, narcissism, depersonalization come to mind off the top of my head.

When a glimmer of hope (in the form of a woman that looks and sounds unlike anyone else in the world) begins to slide into the same wave of monotony, true devastation is felt. When Michael’s face breaks the fourth wall (by clearly being the result of an animator), we can identify with that kind of existential crisis. What if none of this is real? How in control are we really? If there is a grand designer, why do they make it all one big sick joke? 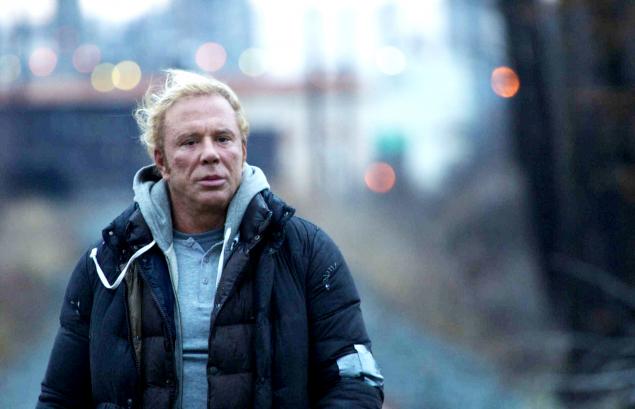 Darren Aronofsky loves to tie psychological demons with his subjects, but his greatest success comes in the form of a worn out wrestler named Randy. He longs to keep fighting in the ring, because he feels love from his adoring fans more than he does from the cold world.

We don’t see any monsters coming to life (in the forms of reflections, houses or refrigerators; you never know with Aronofsky) in The Wrestler, because Randy is his own devil. He harms himself in every single way imaginable, because he is used to self-destruction working. He is far from perfect when it comes to being a good father, even though he has the potential of being a much better dad.

Something within Randy does not want to cooperate with what life hands him. By the open-ended leap, where his health comes into question, do we wish for life and an extension of his battle, or death and the conclusion of his struggles?

Many films about the search of one’s roots get entwined with mysticism and wonder. Incendies is full of pure agony. Denis Villeneuve plants a pair of twins in the whirlwind of their mother’s history. Nawal is the target of many sources of pain, and we feel as though she is sacrificing herself for her legacy long before one even comes into question.

Once we arrive at the twist of the picture, we suddenly question everything we have witnessed. Can we be proud of the end result when the road to get there was unbearable torture towards an innocent human being?

Villeneuve uses heightened, cynical melodrama to comment on the amounts that parents give for their offspring, as well as the fortunes of immigrants that have been taken away from nightmarish living conditions. He finally details a complicated idea: our roots and our identity are only so related, as they are different portions of us.

Guillermo Del Toro may have won top honours for The Shape of Water (which is also a great film), but his opus may forever be the more-grizzly Pan’s Labyrinth. The film successfully makes us feel like both a wide-eyed child again, and the cautious adult that we currently are.

We cannot accept any new worlds without looking into what they truly provide. We fear for Ofelia’s safety in both her real world (trapped in the middle of a civil war) and her new fantasy world (where she is promised to be royalty if she fulfills a series of tasks).

Reality does not work through wishes or fulfillments, but Ofelia needs the motivation necessary to get through her world of hell. There may be a literal labyrinth, but the film focuses more on the maze that Ofelia feels she is trapped inside when it comes to her new living circumstances. The ending – of both freedom and permanent torture – is the ultimate form of bittersweet farewell. Its devastation-or-elation depends on how much we believe in magic.