The buzz around Lars von Trier’s provocative new film “The House that Jack Built” and the mass audience exodus at its 2018 Cannes premiere has made massive cinema walkouts a topical subject.

When the news from this year’s Cannes Film Festival flooded in, a friend of mine asked me with sincere wonder, “Are really people still shocked in Cannes nowadays so much?” Thank God they are, I instantly thought. Now, with Cannes’ love for a little drama and the turbulent relationship between the former and the Danish filmmaker aside, does sex and violence on screen continue to shock us on the second decade of the 21st century? Haven’t we seen it all?

It wouldn’t be easy to answer these questions responsibly in a couple of sentences in this article. One thing is for sure, though: for as long as movies manage to shock us, especially in troubled times like the ones we are currently living in, the cinema is serving its purpose satisfactorily.

The following list is a tribute and contemplation on a number of past films that have caused audiences to massively walk out of the theaters in disgust, fear or disappointment before the ending credits fell. Films that shocked, while at the same time offered the world a fresh perspective on things, raised questions, re-invented cinematic languages, and in some cases, even made history.

Shane (Vincent Gallo) and June (Tricia Vessey) are a newly married couple who decided to visit Paris for their honeymoon. Shane, however, seems to have further reasons for visiting the French capital. He is looking for Sémeneau (Alex Descas), a neuroscientist and former colleague of his, seeking answers from him.

Sémeneau’s wife Coré (Béatrice Dalle) is locked away by her husband in their house, due to her bloodthirsty appetite for human flesh: she is a cannibalist who seduces her victims sexually and then bites them to death. As it turns out, she and Shane share more than a past acquaintanceship.

We could say that the French director focuses on her subjects through a realistic but ultimately affectionate approach, in a way. The gruesome and vivid scenes depicting obsessive lust and cannibalistic sexuality were, however, considered extreme by a large part of the audience, who massively walked out of cinemas during the film’s screenings in 2001.

Heather (Heather Donahue), Mike (Michael C. Williams) and Josh (Joshua Granville Leonard) are three film students who want to make a documentary on the local legend of the Blair Witch in Maryland. They travel to Burkittsville to find out more about this legend from the locals, which, as we learn from them, consists of stories about the torture and killing of children by a group of witches in the past.  Soon, they decide to hike and camp in the mountain’s forest, where they finally mysteriously disappear. Their equipment and footage is discovered later and the film is basically supposed to be that recovered footage.

Daniel Myrick and Eduardo Sánchez, who co-wrote, directed and edited the film, made the “found footage technique” popular in their film “The Blair Witch Project,” which was shot and presented in a documentary-like style. The main actors had a basic script and instructions to work with, but a big part of the final result was an outcome of improvisation on “semi-structured” circumstances by the directors and adverse conditions during the filming, which lasted for about a week.

“The Blair Witch Project” is a real horror film and perhaps what makes it so genuinely terrifying is, above all else, the concept of it being real footage. You know it’s not, but still it’s almost impossible to not immerse yourself in its spooky atmosphere. Every time night falls in the woods, it’s hard to not get goosebumps. And that might be the reason why, combined with the camera movement and filming techniques, the audience was divided regarding the film, including people vomiting and leaving the cinema.

Lucie (Jessie Pham and Mylène Jampanoï) escapes the imprisonment and abuse she had been undergoing for more than a year after being kidnapped and is then placed in an orphanage. There, she meets a girl named Anna (Erika Scott and Morjana Alaoui), with whom she becomes very close.

Fifteen years later, Lucie is still haunted by her past and the tormenting aftermath of it, with nightmares and the torturing presence of a dreadful creature that keeps punishing her for leaving another child behind when she escaped. She is now looking for revenge, justice and liberation, and Anna is always by her side ready to take care of her no matter what.

“Martyrs” is a psychological horror film that raises questions while dealing with a variety of subjects, from childhood traumas and their long-term post-traumatic effect, to the monstrous strength of guilt, to the sick thirst for vengeance and the thin line that divides it from the life-giving need for justice, from undying love and invincible hope to the bloodthirsty nature of humankind.

With scenes of immense sadistic torture and a straightforward depiction of the range and capacity of man’s inhumane behavior, Laugier challenges even the most hardcore viewers of the genre. A proud representative of the New French Extremity, “Martyrs” is considered to be among the most extreme, appalling and violent movies ever made. Definitely not a film for everybody – no wonder a significant part of the audience never made it to the end.

Alex (Monica Bellucci) is brutally raped by a pimp known as “The Tapeworm” (Jo Prestia) after she left a party with her boyfriend Marcus (Vincent Cassel) and their friend Pierre (Albert Dupontel). She is ruthlessly beaten and left in a coma.

After finding out what happened, an intoxicated and agitated Marcus, together with Pierre, start wandering the streets of Paris seeking revenge, looking for the man who raped Alex. The events that occur in the story are presented in reverse chronological order.

“Irreversible” is yet another entry on the list associated with the New French Extremity movement, which raised controversy mainly regarding two particularly difficult scenes to watch. These scenes include of a gruesome murder of a man with a fire extinguisher and Bellucci’s almost 10-minute raping scene, which you can hardly stand to watch and actually wouldn’t want to be able to stand it.

Having made an impression with his first feature film, the stunningly violent “I Stand Alone,” Gaspar Noé shocks again with a perhaps even more disturbing second feature. His storytelling technique that helps tension to escalate, camera movement and static shots, and the cruel depiction of sexual violence result in a gruelling, transgressive cinematic piece that a lot of people have found unwatchable.

Whether you enjoy it or not, Noé’s unique filmmaking style can’t leave you indifferent. 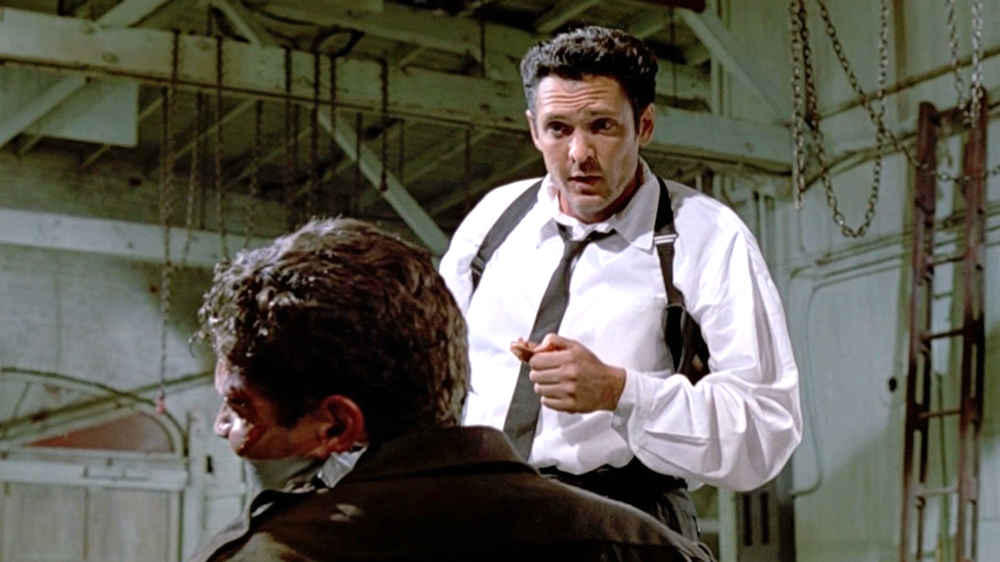 The film’s non-linear storytelling focuses on the events that take place before and after the attempted heist. Tension and distrust prevail, a setup and an undercover police officer are involved, ears are being cut off, and killings and a whole lot of gunshots create the mosaic of this enthusiastic heist crime film.

“Reservoir Dogs” is Quentin Tarantino’s debut feature as both a writer and director, and it set the basis for his ultimate establishment as a greatly influential, independent cult American director of contemporary cinema.

However, scenes like that of the torturing (which has grown into a classic reference since) were seen as too gory for some audience members who even left the screenings early, a fact that pleased the American auteur as it proved that “the scene had worked.”