One of our biggest flaws can be assuming that we are not capable of evil. That our soul has no place for viciousness and ugliness. Yet as “Blue Velvet’s” Jeffrey discovers all too late, that darkness can eat away at us if we are not aware of it’s presence.

The gangster Frank Booth releases all our latent savagery as he rapes, murders, and tortures to his heart’s content. Yet his character fits perfectly into the idyllic “Leave it to Beaver”” setting of Lumberton as the hidden cancer poisoning a seemingly perfect Americana.

The incest-angle behind Booth’s violent outbursts is especially creepy since it proves this man really has no intent to suppress his filthiest desires. He revels in them, and tries to convince Jeffrey that he is one bad Pabst Blue Ribbon away from huffing mystery gas and gagging people with blue velvet himself. And given Jeffrey’s bizarre relationship the broken Dorothy, Booth might just be right. 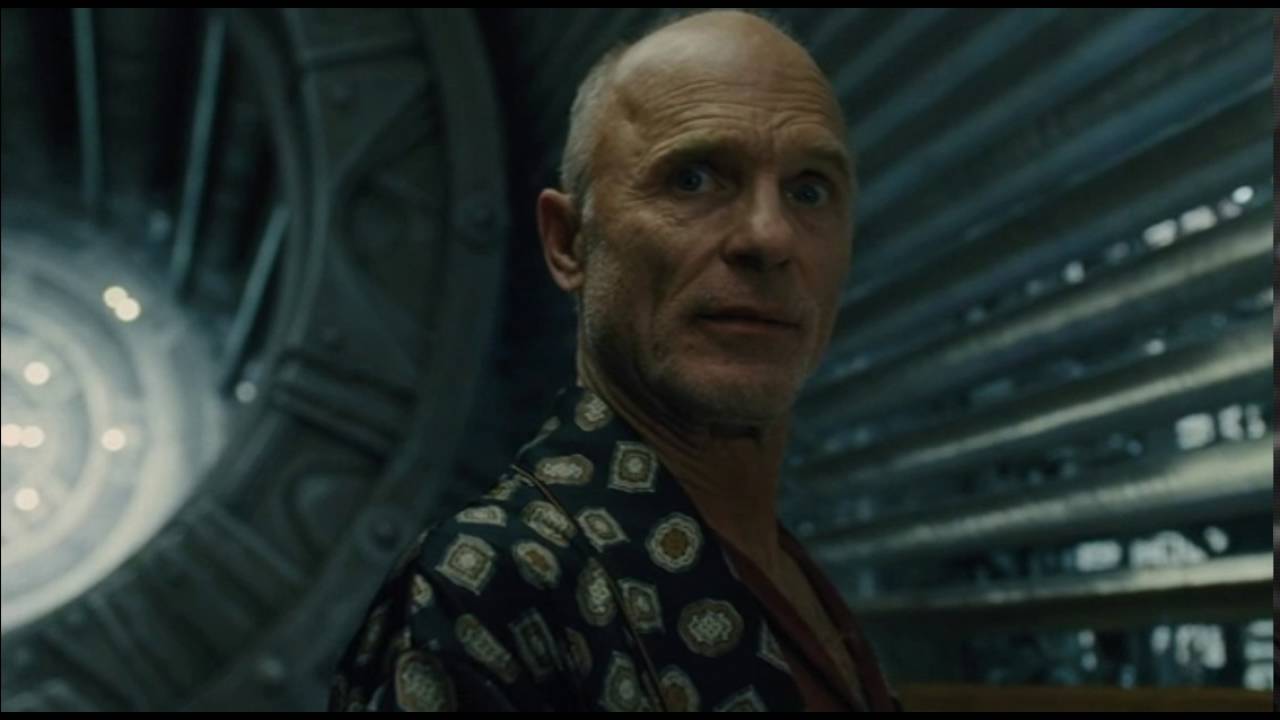 Wilford’s got a point. He might be a genocidal psychopath but he makes sense in a sick way. Having preserved the remnants of humanity in a train circling the world, Wilford strives for “balance” via scientifically delineated social stratification.

To that end he is willing to let others live in horror for the sake of preserving the collective. He subjects the poor denizens of his train to systemic abuse, feeds them blocks made of waste and when the population gets too high he exterminates almost all of them. Nonetheless, given humanity’s desperate situation, Wilford could be seen as only trying to preserve what little remains of the species though the option of blowing it all up for a new beginning always remains…

It’s fantastic how actor Ed Harris portrays Wilford as an affable easy-going suburban dad. Harris’ casual performance accentuates that point that, despite his hype, Wilford is not “God” he is just a regular Joe Six Pack who just so happens to have all of humanity under his thumb.

Wilford’s pompousness is inevitably undone by the wilder side of humanity he tried to keep in check. His plans might have been practical to a tee, yet no mathematically perfected systems of balance can stop angry and hungry humans forever.

Cosmic-evil is always fun. Primordial, ephemeral distillations of pure malice can be as entertaining as they are horrifying. Yes, hearing Mercedes McCambridge’s demon creating poetic profanity never gets old though one is quickly brought down from that high when they remember the suffering the entity is inflicting on poor Reagan.

Pazuzu’s essence contaminates every frame of “The Exorcist” from the second Father Merrin comes face to face with their statue in Iraq. From subliminal shots of a sharp-toothed white face, to the strange noises coming from the McNeil’s attic, director William Friedkin ensures that the audience is never protected from Pazuzu even before they make their way into Reagan.

The corruption of innocence seems to be a recurring theme of this list and Pazuzu takes that notion to the extreme. Their goal in being with Reagan “until she rots and lies stinking in the Earth” torments not just Reagan but all those around her.

Chris McNeil is forever psychically destroyed and Father Karras’ guilt over his faith and mother’s death is blown up to a corrosive degree. Pazuzu’s evil is on a whole other level when compared to this lists’ other characters, wherein the demon’s vileness is of a spiritual intensity that gets right to our bones. And we still have two other entries… 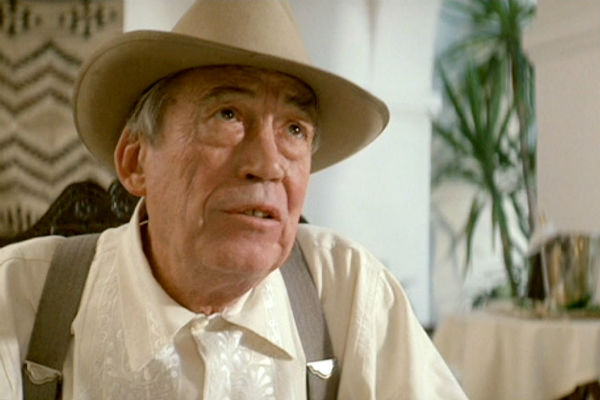 Noah Cross getting away with both the sexual assault of his daughter and the murder of Hollis Mulwray is one of the most rage inducing movie moments there is. Cross is an ogre with enough money and power to never have to answer for his crimes, with John Huston’s iconic drawl only making us hate him even more.

What stings even more is how self-assured Cross, seeing nothing wrong in hording LA’s water supply and brushing aside the rape of his own child. Cross has no justification for his actions and no moral ambiguity as to his personality. What else is there to say except that he is pure evil. 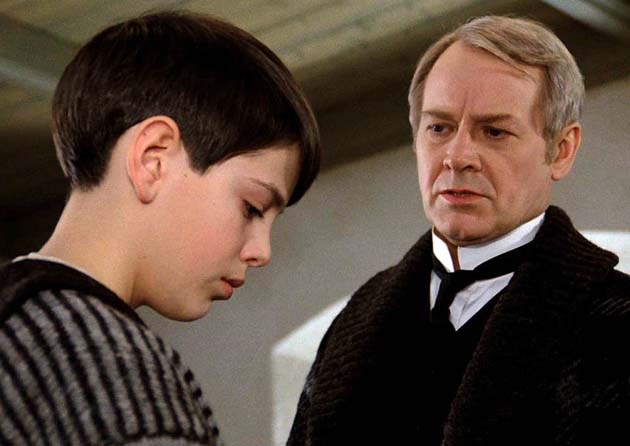 The death of the titular siblings’ father Oscar is excruciating to witness in its detail. What warmth of childhood remains is snuffed out in the moment that Oscar convulses in pain with his son in his arms, his family’s suffering only just beginning.

In a naïve attempt to salvage her family’s security, Fanny and Alexander’s mother Emelie marries Bishop Edvard Vergerus. Her hopes to give herself and her children a strong paternal figure is perverted upon witnessing the true extent of Vergerus’ “devotion to God.” Emelie and her children become prisoners within Vergerus’ dead home, subjected to physical and psychological violence whenever they are the slightest out of synch with the Bishop’s “pure” ideal.

The way in which Vergerus wields his power over the Ekdahl family is grotesque and genuinely distressing to witness. His sadistic glee in whipping poor Alexander and reminding Emelie how difficult it will be for her to get out of this marriage is disgusting and the audience prays at the very least for lightning to strike him. Surprisingly, something similar does fittingly happen, and Vergerus getting out of the picture is a powerful relief.

Yet director Ingmar Bergman makes sure to showcase how the Ekdahls may never be able to escape Vergerus’ evil essence, his spirit haunting Alexander at the very end of the movie. Vergerus may not have Cross’ wealth, Pazuzu’s power, or Wilford’s intelligence, though the damage he inflicts on the Ekdahls is as apocalyptic as it gets.