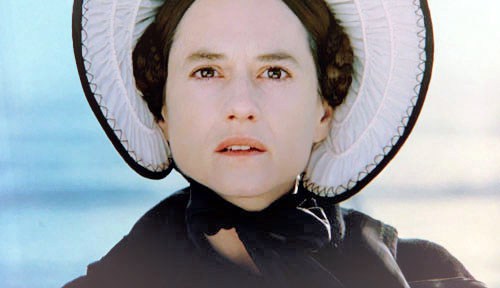 A performance can be expansive. You hear big speeches. You see a booming personality. However, there is something special when it comes to a performance that says so much with so little. Perhaps something feels more authentic with these kinds of roles. You can sense that these people truly do exist. Even if a character is based on a real person, you feel as though the person on screen is truly living.

Can these characters explode and have moments of intensity? Sure, but that’s how we are naturally, too. For the most part, these are ten excellent examples of characters that were brought to life by the smallest of nuances. These are ten of the best subtle movie performances of all time.

As the sinister housekeeper Mrs. Danvers, Judith Anderson personifies the looming Manderley home. Like the house she watches, Anderson lurches over enough to cast a deep shadow behind her (and those that follow). She is almost robotic-like in nature; she is hypnotized by her responsibilities.

In fact, much of her frigid personality seems to come from her absolute disgust with the unnamed second wife of Maxim de Winter. When she leaks a bit of her hidden intentions out, her eyes go from cold to piercing. Her voice similarly changes from monotone to threatening. She isn’t lifeless, but she does stuff any signs of life she may have underneath her overbearing hatred. Anderson is a gargoyle that comes to life when times are at their darkest.

Vittorio de Sica famously worked with unknown people, usually everyday citizens, in some of his works. In Bicycle Thieves, this is likely the finest result of de Sica’s experiments, with the earth shaking performance by former factory worker Lamberto Maggiorani playing the role of a struggling father. You can sense the efforts that Maggiorani made every day whenever he went to work, because they definitely showed in his performance as Antonio.

Like most de Sica classics, there is very little hope throughout this film, and Antonio’s constant problems reflect the issues of a recovering Italy after the second World War. The way Antonio looks at his son and wonders how much longer he and his family will have to suffer is pure emotion. Every iota of this performance comes from someone expressing their daily concerns, not a trained performer that tries to paint a picture.

8. Henry Fonda – The Grapes of Wrath

Henry Fonda has been an American icon for his heroic ways in films since the very start (well, there’s also his Once Upon a Time in the West role that turned him into a ruthless killer, but let’s not focus on that right now). Near the beginning of his career, he brought the literary icon Tom Joad to life in John Ford’s adaptation of The Grapes of Wrath.

Fonda resembles the turmoil of the Great Depression through a relatively fresh set of eyes, because he only realizes the gravity of the situation once he finally returns home. He ventures forth with his family with determination; his concerns end up becoming overbearing as he loses control. Once Joad is about to depart once more, he realizes he has to leave some wise words for his remaining loved ones. His final monologue is full of both worry and determination, and you know he is trying his best.

Audrey Hepburn is usually attached to more lavish productions, which account for more bubbly performances. Not in the incredibly underrated thriller Wait Until Dark, where she plays a recently blinded wife that is trapped in her own living quarters by a home invasion. In this film, Hepburn plays Susy Hendrix with absolute precision.

Take into account the fact that most of the film takes place within the apartment, so you are constantly following Hendrix through each and every realization she makes. Hepburn makes Hendrix shaky but strong (she has to remain as calm as possible), all while not making direct contact with anyone or anything throughout the entire film. Half of the horrors this film elicits come from Hepburn’s brilliant ability to naturally play as if there aren’t any knife-wielding criminals literally inches away from her.

6. Peter Sellers – Being There

Like Audrey Hepburn, Peter Sellers is known more for his louder performances. Of course, Sellers’ turn as the feeble minded Chance in Being There has been fortunately remembered (especially with the recent resurgence of the film, including the Criterion release). Chance virtually has no idea how the world works. He has done nothing but tend gardens and watch television for his entire life; all while never leaving his former master’s lot since he was a child.

Unlike Hepburn’s performance, this role is all about what Chance doesn’t realize. The entire world zips past him, and yet he is still charming and loveable despite his complete disregard of anything. Because he does not have a hidden agenda, he accidentally spouts words of wisdom to those that believe he is a deeply intellectual and humble being. Sellers is such a master of facial manipulation, that he also excels at barely reacting.