This is a performance that only gets better with repeated viewings. On first watch, Faye Dunaway as Evelyn Mulwray seems conflicted but mysterious. Of course there is something she is hiding, but you have to wait to find out the many things that are being obstructed. Even on the second watch, you will start to notice each and every instance of Mulwray’s lying.

As you continue to watch, you will not only be able to pick up each and every small sign of nervousness or dishonesty, you will even notice the slight breakthroughs of earnestness that Mulwray leaks through her façade. Towards the end, Mulwray shatters because of the burdens of her predicaments and J.J. Gittes’ persistence, but this is also the signs of a woman that cannot lie for others anymore. The first three quarters of the film tell more than a deceptive person: they show the final straw being placed. 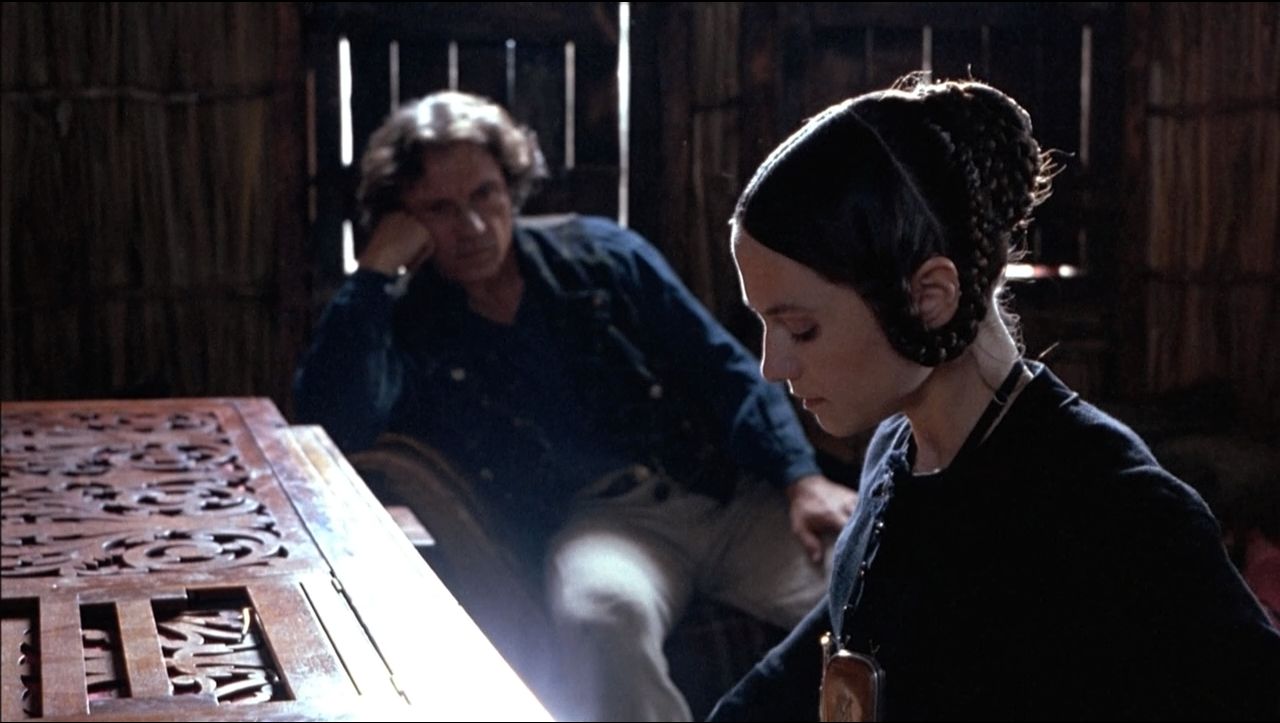 Sally Hawkins’ success with the recent Best Picture winning The Shape of Water has brought up comparisons to Holly Hunter’s take on playing someone who is mute and has to rely on sign language and their expressions to communicate. In The Piano, Hunter has an interpreter through her daughter (just like Hawkins has her coworker).

While Ada’s daughter lifts a bit of the weight within the film, this means more work for a performer like Hunter, who has to act as a responder even when she “talks” to others. With Ada, you don’t just have the inability to verbally communicate, you have someone who is hiding her inner feelings as she is sold to be the wife of a man she does not love. Even in her toughest moments, all while trying to fight what is happening, Ada shows the slightest signs of hurt; enough to know what she is feeling. 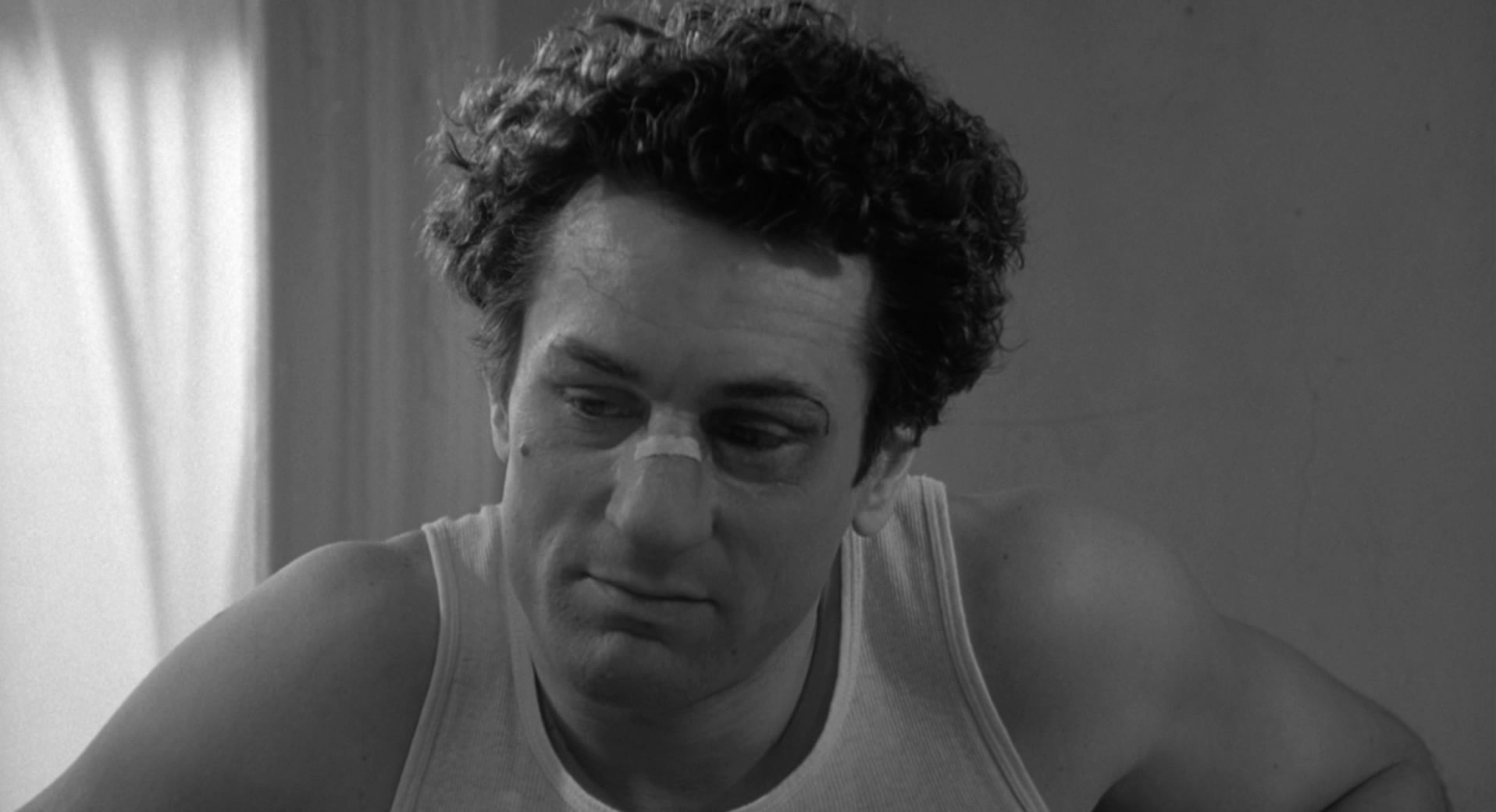 Okay, we know that Robert De Niro as Jake LaMotta has explosive moments. For crying out loud, a good chunk of the film is based on the tantrums LaMotta had that put his loved ones in nightmarish situations. However, you can sense this eternalized anguish and jealousy, because it seeped through his glaring eyes. He can sometimes keep his mouth shut, but his body language told it all.

This is a perplexing performance, because moments of it have subtlety within his booming episodes. You see hurt in his eyes when he loses his cool on his brother. You see regret when he becomes a subpar comedian and tries his best to be charismatic. This is a special performance, because he fights with everyone as much as he fights with himself. One last gleaming example of De Niro’s focus on the small factors comes when he butchers his On the Waterfront speech; it is actually difficult to act that bad on purpose..

Like De Niro, this may seem like a weird entry because of the more electric moments Al Pacino displays throughout the first two Godfather films. Yet, let’s not forget that much of these films come from the observant looks of an introvert. Michael always kept to himself. He devolved from an outsider of the family that wished for positivity into the devil himself that controlled it all. To get from point A to point B, you also have to have believable transitions.

Pacino was gifted with the ability to transform over a three hour film; he was lucky to take a three and a half hour film to another echelon. Pacino wastes no opportunity to inflict each and every look with a specific emotion. You witness the life of a man within two (even arguably one) films, because no one has quite-as-convincingly changed like Pacino did in film history.

1. Marlon Brando – On the Waterfront

This may be an obvious first place winner, but it also is here for justifiable reasons. When most performers put a thought behind every line, Marlon Brando put a thought behind every letter of each word. His finest work is in On the Waterfront, where he displayed the greatest cases of acting without anything. That means he left intentional pauses, and broke up scenes to create breathing spaces. This was one of the first instances of a performance that wasn’t acted as much as it simply existed. As Terry Malloy, Brando is a tortured soul.

Sure, De Niro badly replicating the iconic monologue here is impressive. Yet, Brando’s original delivery of this same monologue is extraordinary. You feel so much hurt from an event you never actually see on screen. Even Brando’s mini improvisations (like picking up the dropped glove of Edie and playing with it) turn this performance into something else. At this point, acting no longer exists.