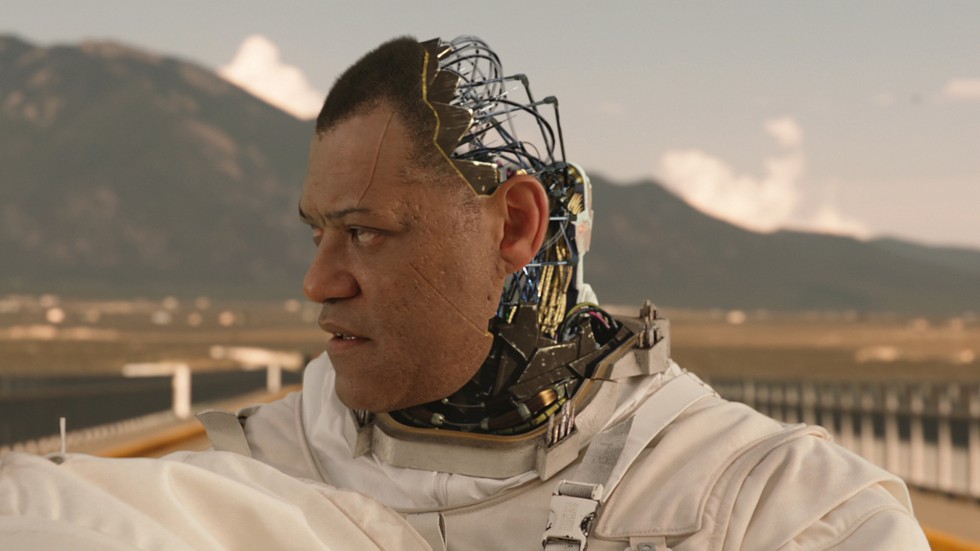 The horror genre has its roots in Gothic literature. Accomplished works like Mary Wollstonecraft (Godwin) Shelley’s “Frankenstein, or the Modern Prometheus” and “The Vampyre” by Dr. John Polidori have been the inspiration behind the genre as a whole.

Then came the movies of Georges Méliès and James Whale. Science fiction and horror have been complimenting each other for a long time without anyone calling it “sci-fi horror.” Even Universal’s monsters had science written all over them. The fear of the unknown scared people more than anything. This is why demons are more frightening than killers, even though it is more likely to encounter the latter.

What better way to chill you to the bones than the feeling of having no control over the universe where you reside? This is where science enters the pictures. It is understandable seeing how Shelley herself was infatuated with Galvanism while she was writing her acclaimed novel. Just when everybody thought horror was dead, it rose from its grave, so to speak. Across the pond, Hammer Films brought it back to life. But something was different. Anyone who watched “The Quatermass Xperiment” knew that everything was about to change and it certainly did.

Science fiction’s dance with horror started like this. Let me tell you, it has been a long time. A dance so fiery that it seems like it will never be extinguished. Let’s take a look at their dance figures in this century. Here are some of the best sci-fi horror movies that we’ve seen since 2000.

10. The Girl with All the Gifts

This 2016 movie from the U.K. was directed by Colm McCarthy. Considering the sub-genre’s history, it was no surprise that it was adapted from a novel by M.R. Carey. It has zombies, a post-apocalyptic world, and fungal infections. Basically, everything that you ask for in a Sci- Fi horror movie. McCarthy gives us a film with echoes of George A. Romero, Danny Boyle and Robert Kirkman. Somehow he manages to have a unique take on responsibility, adulthood, and evolution. The movie asks us tough questions.

McCarthy pays attention to the details, set design, and costumes, and the world of the movie feels genuine. There’s an emotional impact to the horror of “The Girl with All the Gifts” that resonates because it all feels real to us. It’s unbelievably important to a horror movie, especially one set in a post-apocalyptic world. If we can’t believe the world is real, we won’t care what takes place in it. 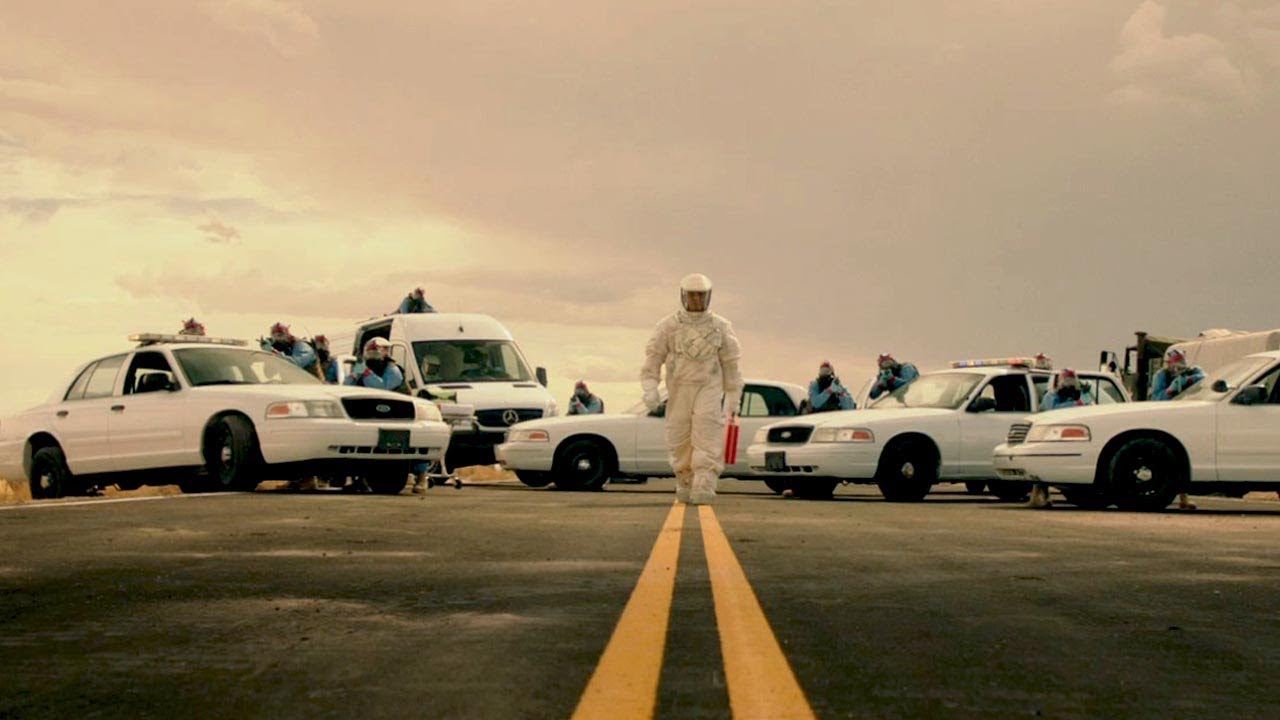 If you intend to watch “The Signal,” the second feature directed by William Eubank, you’d better go in with as little information as possible. What you need to know is this: three college students on a road trip experience a detour regarding the tracking of a computer genius who has hacked into MIT and exposed security flaws. The friends find themselves drawn to an isolated area. Suddenly everything goes dark.

The filmmakers stated that they wrote the movie as an exploration of the conflict between logic and emotion. William Eubank stated in an interview, “’The Signal,’ for me, is about choices and sort of what drives somebody – the decisions we make, whether we make them based on thinking logically or thinking emotionally. Nic is sort of a character who’s being – he wants to be logical, because he believes from his computer background that is a stronger way to live your life, and that’s a more reasonable way to live your life. Black and white decisions, yes or nos.

Then he’s sort of challenged to make an emotional choice. At the very start, he was sort of trying to push those emotions away … At the end of the movie, he chooses to embrace that emotional side and make a choice based on a feeling.” We love a thriller that deals with more than just thrilling the audience.

Eubank, who is also a cinematographer, clearly had fun creating this movie’s shifting, unpredictable but consistent design, which makes the plot’s multiple convolutions extremely effective.

This movie directed by Jorge Daniel Espinosa tells the story of the six-member crew of the International Space Station. They are tasked with studying a sample from Mars that may be the first proof of extraterrestrial life, which proves more intelligent than ever expected. Even the premise gives us a sense of mystery. Because we have no knowledge of life on Mars. Apart from the song, obviously.

“The creature as a whole is in a very real sense all muscle, all brain, all eye,” announces Rebecca Ferguson’s Dr. Miranda North about the miniature alien her crew found. It soon becomes apparent exactly how well-equipped the creature actually is.

The movie gives director Espinosa opportunities to engage in body horror set pieces that are given a new twist thanks to the zero gravity. He takes full advantage of them. The movie is at its best when Calvin takes center stage: crushing bones and forcing itself down someone’s throat. You know, the usual.

After the peaceful space odysseys of “Arrival” and “Passengers,” a studio sci-fi picture finally gives the final frontier back its gained status of Unknown Evil.

“A Quiet Place” is a 2018 horror film directed by John Krasinski and starring him and his wife Emily Blunt, along with child actors Noah Jupe and Millicent Simmonds. There is already a sequel in the works.

A family has to live in total silence and communicate almost entirely in sign language in order to avoid attracting the attention of a mysterious evil (aliens?) that is attracted to sound. These scary monsters are very fast and have no morals whatsoever.

It’s a movie designed to make you an active participant, not just a passive observer. Most of the great horror movies are so because we become actively invested in the fate of the characters and involved in the cinematic exercise playing out before us. It adds to the horror we feel.

Larger-than-life enemies have been a part of great cinema for years, from the xenomorph hunting the crew of the Nostromo in “Alien” to the dinosaurs of “Jurassic Park,” and Krasinski knows that lineage. He brings the viewer into this auditory game with finesse.

We live in a such a noisy world that it’s hard to imagine that constant sound being taken away. We use noise to express ourselves—it’s a part of who we are as people. “A Quiet Place” weaponizes the human condition in a way that owes a debt to films like “Alien” but it is somehow new. So many great horror films are about people who have to adapt to survive. In that sense, great horror films are often about empowerment, stripping away everything that makes us weak. 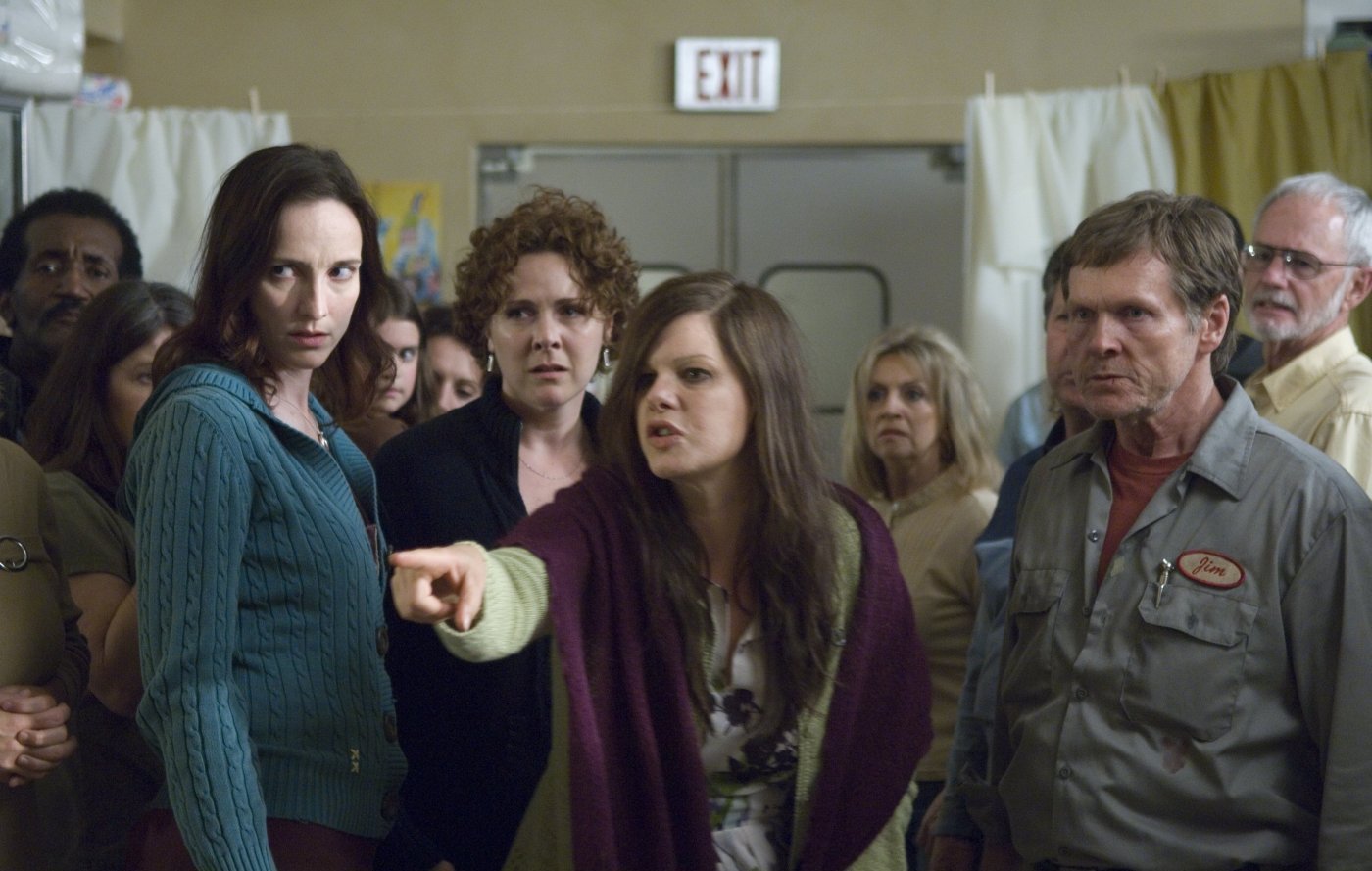 Directed by Frank Darabont, this movie is adapted from a novel by Stephen King. These two make the best thrillers. David Drayton and his young son Billy are among a large group of terrified townspeople trapped in a local grocery store by a strange mist. David is the first to realize that there are things lurking in the mist. Survival depends on everybody in the store pulling together. David begins to wonder what terrifies him more: the monsters in the mist or the ones inside the store?

If you have seen trailers suggesting that horrible things pounce on people, that would be correct. If you think Darabont has equaled the “The Shawshank Redemption” and “The Green Mile” track record, you will be sadly mistaken. But it’s a good sci-fi horror, nonetheless.

Let’s talk about one gut-wrenching scene, shall we? That scene! If you watched it, you know which scene. How horrible, but oh, how devastating! Humans are the worst.