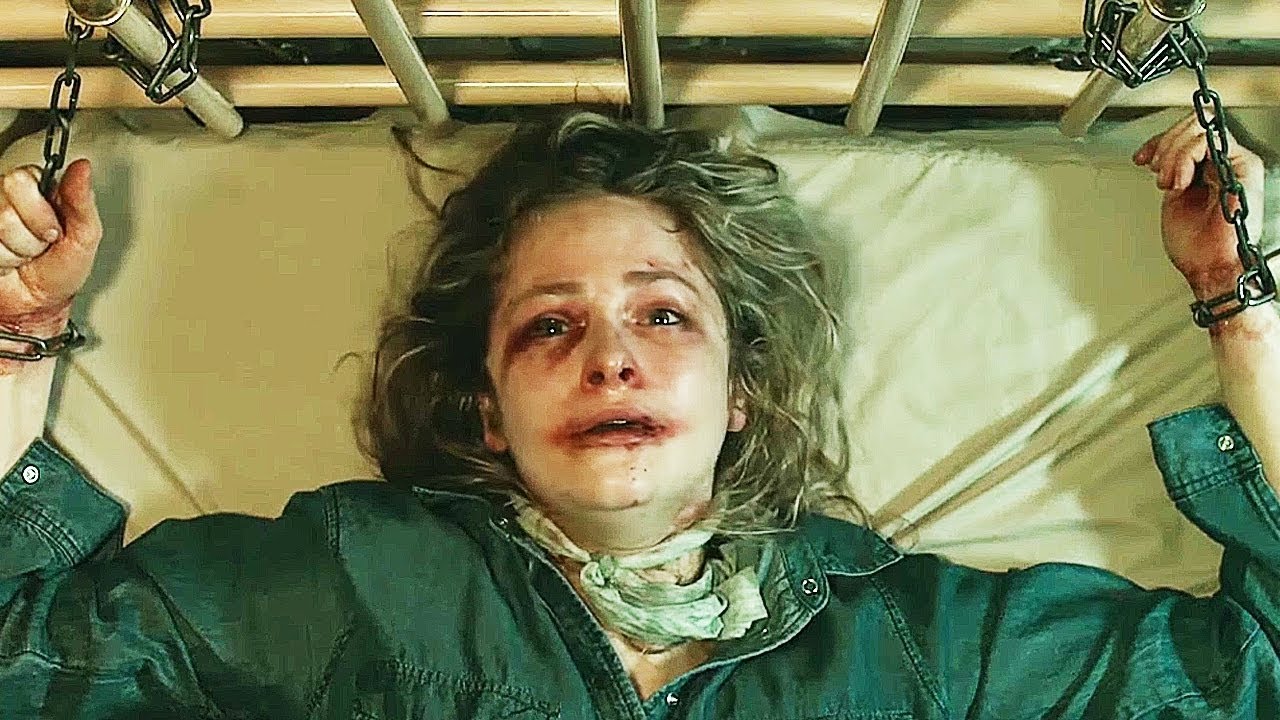 American studio horror has been on the upswing as of late with critical and commercial bulldozers such as It and A Quiet Place ranking among the highest box office earners of their year, beating many $100m+ budgeted blockbusters.

Jordan Peele’s socially conscious Get Out continued to improve the perception for horror, a genre which has often and unfairly been regarded as the red-headed stepchild of cinema by elitists, and was rewarded in its efforts by being nominated for Best Picture at the 2018 Academy Awards – a nomination that has previously only been given to horror classics that truly transcended the genre such as Silence of the Lambs or The Exorcist.

That’s not to say that Hollywood horrors have a consistently solid track record, just this year we’ve had the generic and cheaply made for an easy profit fare such as Truth or Dare and Slender Man, titles that are the reason horror is so looked down upon.

Alongside studio pictures, the independent horror scene has likewise produced gems with indie distributors releasing some of the most buzzed about critical darlings in the past couple years such as Hereditary and The Invitation, films that have quickly developed cult followings.

Nonetheless, despite the quality and frequent and successful output that has come from American genre cinema, one only has to look outside the States to see a whole new side to horror; where horror is not only more graphic and strange, but also often more controversial, daring and altogether more diverse in its content with anything ranging from works of international auteurs dipping their toes into the genre with expectedly original and provocative results to some of the finest examples of exploitation cinema.

The list below details some of the best films of non-American horror with picks featuring both obvious choices and some that have perhaps gone under-praised.

The New Wave French Extremity movement was a short lived yet highly notable period in noughties horror cinema with a collection of French films being connected only in extreme violence and their grim and dour tone. These films include the reverse-chronological revenge flick, Irreversible, the fascination of self-mutilation with In My Skin, and the punishing examination of pain in Martyrs among other entries.

But it’s Alexandre Aja’s nerve-shredding slasher High Tension (also elegantly known as Switchblade Romance) that deserves to be recognised as one of the finest horrors of the 21st Century in a film that in just its first few minutes features the hulking and homicidal trucker receiving head from a decapitated woman, a moment that sets the standard for the nastiness to follow and doesn’t let up from there. When best friends Alex and Marie stay at Alex’s family home for the summer, they are unknowingly targeted by the serial-killer trucker who massacres Alex’s family and kidnaps her, leaving it up to Marie to rescue her friend.

High Tension is driven purely by its teeth-grinding intensity and hardcore brutality (a man here gets beheaded by a bookcase) that sustains for its entire 90-minute runtime.

Its twist ending has led to frequent derision by viewers with the apparent plot holes and inconsistencies it raises once all is revealed, but on second viewing, the telling signs are there from the beginning and takes a completely new turn going from a straight slasher film to now an examination of delusion and obsession all told by an unreliable narrator.

It may be a less gruelling watch than many other entries in the Extremity movement (anything is more pleasant than the uninterrupted take of the 12-minute long rape of Irreversible) but remains a supremely well-made shocker that led to Aja’s entry to a career in the States and followed this up with the surprisingly great Hills Have Eyes remake.

There’s still the glimmer of hope that Peter Jackson will one day return to his splatter roots – after having spent over a decade in Middle-Earth, we are well due another film in the vein of Dead Alive or Bad Taste, we’ll even happily settle for a new incarnation of his adult muppet comedy Meet the Feebles or The Frighteners.

While sorely missing the presence of Bad Taste’s Derek, Dead Alive instead makes up for it with a rat monkey, pus-spewing zombies and an arse-kicking priest. A film that remains Jackson’s most high-energy, hilarious and, with blood in the gallons, his goriest (and has possibly more of the red stuff than any other film in history).

When grown up but still living with his mother, Lionel secretly visits the zoo to meet the beautiful Paquita. There they are unsuspectingly spied on by Lionel’s overbearing mother who, while snooping on the budding young couple, is bitten by the carnivorous and infectious Sumatran rat-monkey, a monstrous little shit of a creature recently shipped from Skull Island to Wellington Zoo.

This sparks a mini zombie invasion of Wellington, one that only Lionel can stop with the help of a lawnmower in a scene that’s truly a beauty to behold (“Party’s over”). A film that feels in league with greats like Evil Dead 2, What We Do in the Shadows and Re-Animator as among the greatest horror comedies of all time.

Former soldier and now contract killer, Jay, is still reeling from a botched assignment in Kiev and is urged by his struggling wife to accept a job offer along with his business partner and best friend, Gal. The job is an assassination list of just three seemingly unconnected and random people given to them by a sinister old man who slices both Jay’s and his own hand open, signing the contract in blood.

The sense of something being not quite right for the two hitmen continues when for each target, the victims are seemingly expecting them and all utter “thank you” before their untimely demise. It’s not long before Jay and Gal realise that this job is not as straightforward as it appears as the two men are unwittingly led into a world of evil.

Boasting incredibly authentic performances, especially from Neil Maskell whose Jay remains as confused as we are with the madness unfurling around him, and a subtly unnerving score from Jim Williams that erupts in ominous drones throughout so that even when a scene is not even remotely close to horror, the dread constantly creeps in.

A film that refuses to reveal answers, Kill List’s disturbing nature continues right up until its final shot that elicits both pure terror and confusion, reminding you that this is not a film where good triumphs over evil.

One of the later and more offbeat horrors to come out of Italy, Dellamorte Dellamore unexpectedly falls outside of the exploitation camp for which Italian horror cinema is largely known for and is instead a strange and charming comedy horror that blends romance, zombies and fantasy into one charming package.

Directed by Argento protégé, Michele Soavi, Dellamorte Dellamore (translated to ‘Of Dead, Of Love’) stars Rupert Everett as Francesco Dellamorte, a cemetery caretaker who is rather content with his job that involves bashing in the heads with a shovel of the once buried and now risen inhabitants of his graveyard.

When the lonely Francesco, whose sole company is his simple assistant Gnaghi, finally meets a woman he connects with, she quickly discovers the danger of his profession when she is bitten and killed by her zombie husband. Francesco’s lost love is only the beginning of his strange mythical journey, and one where he even comes face to face with the Grim Reaper himself.

While the set up initially makes Dellamorte Dellamore appear to be a relatively simple yet quirky horror comedy, the film takes an unconventional and abstract turn by slowly revealing itself to be an outlandish examination of love and death, only with added zombie killings.

With tremendous art and production design, Dellamore’s visual presentation and production value is significantly superior to the majority of Italian horror released before it and with a committed and unexpectedly soulful performance from Everett, far exceeds the corny yet charming standard that’s come to be expected from Eurotrash.

The film stands as one of the more interesting outputs from a country whose horror films are far from tame. Also worth checking out is the rest of Soavi’s filmography with films such as Stage Fright, The Sect and The Church – all batshit insane offerings that solidifies Soavi as one of Italy’s most underrated horror director.

The most recent film in this list and one that appears to have gotten lost in the shuffle with the lack of buzz that surrounds it, but this savage Australian kidnapping thriller places far and above any of its ilk such as Wolf Creek and Snowtown by being the rare film to humanise the monsters it portrays and smartly avoids any instance where it can easily dip into the realm of exploitation or sadism.

When teen, Vicki, is kidnapped by the murderous John and Evelyn, one of cinema’s most dysfunctional couples, she must exploit the ever more visible cracks in John and Evelyn’s broken relationship if she is to survive.

It’s been seen before just how grim the ‘kidnapped girl’ genre can be with entries such as Girl Next Door and Megan is Missing being deeply unpleasant watches, but Hounds’ constant focus on character rather than suffering without the emission of intensity is greatly helped by three potentially star-making performances from the three leads, with Emma Booth threatening to steal the film for her own as the naïve yet dangerous at the-drop-of-the-hat, Evelyn, tired of being oppressed by her husband, a despicable being who makes up for his insignificance and loser-status in the outside world by murdering young women.

Hounds of Love largely flew under the radar in 2017 but there’s no time like the present to catch up on one an incredibly heart-wrenching and taut thriller that strongly deserves a loyal following.