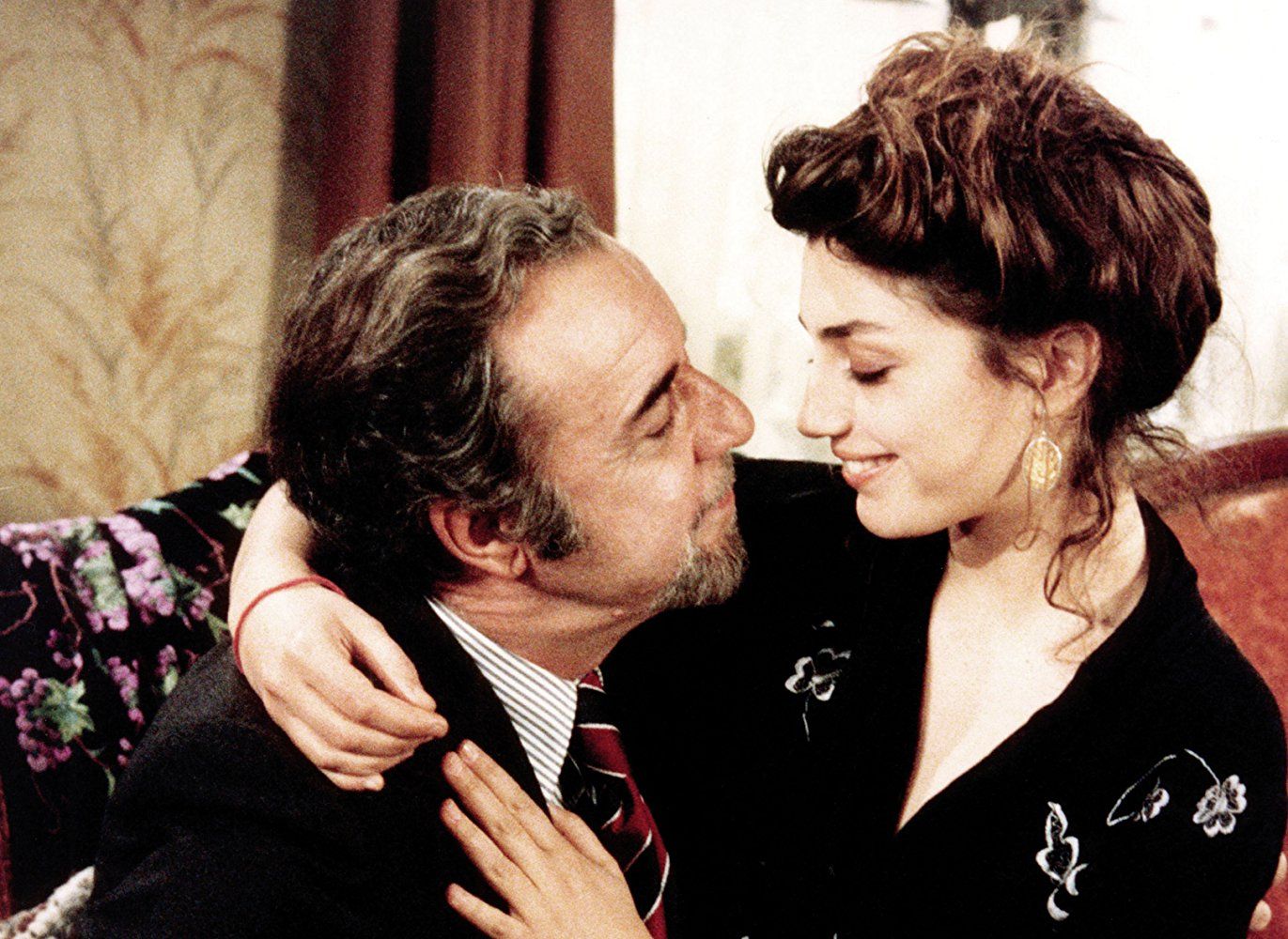 Modern psychology suggests that feeling in love, completely and unconditionally, is a common pathological mental condition. More aptly, it’s an obsession. Such a feeling’s experience is reflected in an utterly painful pleasure.

The following films describe intellectual states related to the strongest humane necessity: the transparent necessity of exceeding the visible boundaries of a thin dimensional reality. Eroticism is the sweet obsession that serves this task for us. Βy mythologizing our kind, romanticizing our natural trends, and challenging the limits of our functions, finally we feel more alive in a lifetime’s span than we could have ever felt within an eternity’s limitless borders.

She’s more than beautiful, feminine, and enticing.  In her eyes’ trance, every man could discover a place of one thousand promises. But once these promises become fulfilled, she’s just another woman. Her husband, that infirmed remnant of a former dynamic man, insists on recounting his long-standing experience with Mimi to a stranger. He found her in a dream, loved her in reality, and despised her in a nightmare.

On a ship heading to India, a married man meets Mimi. Despite his faithful background, Nigel finds himself paralyzed in front of her irresistible lures. But Mimi’s husband is determined to reveal how his passion for this woman was progressively turned into repulsion; how her looked-for figure gave its place to a humble perishable creature. After hearing the end of the story, Nigel still wants her, he admits. That’s why he’ll never have her, she claims. 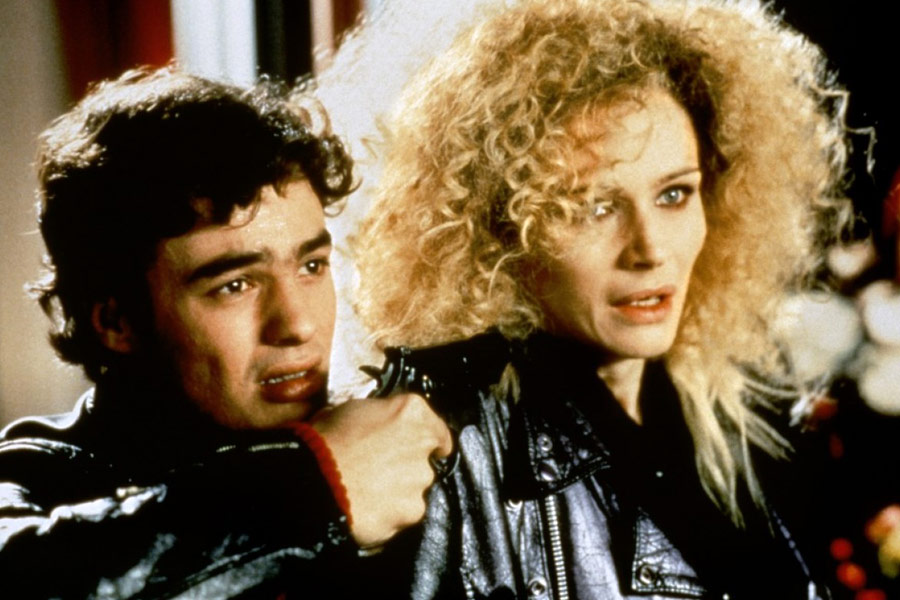 During the motley era of sex, drugs, and rock ‘n’ roll, a prostitute gives birth in an empty bus that lies in the lonesome nocturnal streets of Madrid. More than 20 years later, her son has become of a familiar figure that you encounter in the streets every day. He is young, but seems precarious and bothered by an eternal invisible force. Carrying his mother’s heavy loads in his heart, Victor would dedicate his life to the conquest of one individualistic woman.

One night, he gets involved in a one-night-stand with Elena, a rebellious drug user. Their brief intercourse was his first and most catalytic sexual experience. On the contrary, that night meant nothing to Elena. His efforts to be a part of her life lead him to jail, whereas she gets married to her savior. Victor’s six-year sentence is exacerbated by Elena’s truth: her moments with him revealed no pleasure, sensation, or emotional thrill.

After his release, Victor’s totality of actions serves a well-crafted plan. Placing one piece next to another, he synthesizes the puzzle of a self that Elena would love. He’s finally become an amazing lover, able to satisfy even the most demanding partner. A chance is eventually given and his goal is achieved. His body becomes one with Elena’s, throughout an endless passionate night.

Deep inside him, Victor strived for revenge and self-approval. A child born within his country’s most unfortunate territories, he desired a rebound for his mother’s sorrowful days. Defending a genuine loyalty toward his own self, Victor denied his wrecked fate by standing up for an enduring obsession that was personified in one woman’s desired existence.

It could be about a strange fetish. It could be about an unusual mental disorder. It could also be just a bizarre fantasy. Yet, David Cronenberg’s “Crash” has nothing to do with any of these. Its characters seem unreal and they are, from one point of view. But if the audiences are willing to reconcile with Cronenberg’s deforming filters, then the film’s reality emerges from the deepest layer of our sexuality.

As if submerged in an underworld of dreams, the film’s protagonists almost whisper instead of talk. Their lives slip from one hovering corner to another, delicately balancing on a round of death. As the closest to fatality, they experience the highest kind of sexual stimulation. But what they need at the end is to survive, patronizing the destructible binds of their flesh.

A pragmatic work that pensively concerns Greece, its contradictions, its loneliness, and its torturing abnegation, the recent “Suntan” didn’t claim the global recognition that deserves. The film’s highly debated environment is epitomized on a lonesome charmless doctor, whose indifferent life on a remote Greek island is abruptly interrupted during the bustling days of summer. Such a plot, in its simplicity and conciseness, reveals a lot of disturbing truths about the sudden obsession with heat, frantic merriment, and contact.

He’s middle-aged, bald, and overweight. His daily life doesn’t include a lot more than casual rounds to patients and flaccid feasts with the elderly inhabitant of the island. But suddenly, the summer arrives with loads of raving youths and a constant overtone of intoxicating sounds.

A young beautiful girl is there, right in front of him, implying an unforeseen interest toward him. Kostis hangs out with Anna, watching her fooling around with him and a lot of other men. Eventually they have sex, a quick spasmodic intercourse that left him in an addictive emotional situation.

Unfortunately, for Anna, this is the end of her humiliating game. But for Kostis, this is the start line of a self-destructive obsession. He looks for her at the bars where she’s a regular. He starts drinking, causing scenes in public places. Eventually, his fame as a peaceful doctor is completely ruined. But Kostis needs just one thing: his few moments with that beautiful girl, who made him feel special for the first time. In the end, in the middle of his paroxysmal crisis, he realizes that is useless. The autumn is approaching this land.

Shôhei Imamura’s 1964 “Intentions of Murder,” the last film of his intriguingly entitled trilogy “Pigs, Pimps, and Prostitutes,” is a delusive story that at first glance creates foggy portraits of both eccentric and banal characters. After an inquisitive glance upon these characters, and perhaps after an additional viewing or two, the film reveals its secret ingredients: egoism, obsession, limitation, and disorientation.

A humble housewife lives under her husband’s heel, almost completely deprived from personal rights and satisfactions. In her society’s web, Sadako is a wife, a mother, a housekeeper. One lonely night, a burglar breaks into the house and rapes her. From that night, she’s always under a greedy wide eye that seeks something from her. The rapist has become obsessed with the poor woman and tries to tease out her love by forcing intercourse between them.

Meanwhile, her husband has been informed about his wife’s situation by his mistress, who means to reveal Sadako’s disloyalty. In a crazy cat-and-mouse game, these people deceive themselves about their inner intentions. They think that they care, love, and claim. On the contrary, they ignore, demand, and abuse. In the center of this grim tapestry of fixation, Sadako is a tragic female figure that wigwags between two opposing male oppressors.