Scorsese’s vision is ambitious, and the opening gang war in the snow is a spectacular set piece. The highlight of the film, though, is inarguably Daniel Day-Lewis’s intimidating performance as Bill. His ability to be both abrasive and amiable prefigures the Oscar-winning work he would later do in “There Will Be Blood.”

Even though James Cameron’s epic frequently gives into melodrama and narrative excess, the scale and meticulousness of his vision are difficult to deny. “Titanic” has a surprisingly effective amount of suspense and emotion for being a tragedy of which we already know the outcome, and its recreation of the ocean liner itself is a visual marvel.

Rose and Jack’s story is serviceable enough (and DiCaprio is charming as Jack), and yet it’s scenes like the elderly couple lying in bed as water floods in beneath them that I find most affecting. Perhaps I’m just blatantly surrendering to Cameron’s emotional manipulation, but it’s difficult to resist with James Horner’s beautifully melancholy score playing in the background.

Scorsese and DiCaprio’s second collaboration is where DiCaprio really hits his acting stride. His performance as famed filmmaker, businessman, and aviator Howard Hughes oscillates between appealing eccentricity and crippling obsessiveness, interspersed with a reckless need to prove himself.

Scorsese captures the glamor of the period – at least in the first half, where Hughes is dating famous movie stars (including Katharine Hepburn, in an Oscar-winning turn by Cate Blanchett) and has not yet secluded himself into dark rooms and the debilitating recesses of his obsessive-compulsive disorder. The tragedy of his transition into misery is magnified by the film’s early glamor. “The Aviator” should be a go-to example of a biopic done right.

Tarantino’s spaghetti western tribute is a bloated but irreverently entertaining tale of revenge, revenge in a quantity sizable enough to repaint the majority of a Southern manor in blood. Jamie Foxx is unremarkable but occasionally badass as the titular freed slave out to rescue his wife Broomhilda, and Christoph Waltz does a friendlier, decidedly less Nazi version of the sly charisma he displayed as Hans Landa in “Inglourious Basterds.”

DiCaprio sinks his teeth into his role just as much as Waltz does, if not more; his turn as Calvin Candie, the sadistic plantation owner who has Broomhilda in his captivity, is a one-note but enthrallingly maniacal performance. Tarantino indulges in some plot meandering in the third act, but the witty dialogue and anachronistic musical cues are enough to keep you entertained throughout. 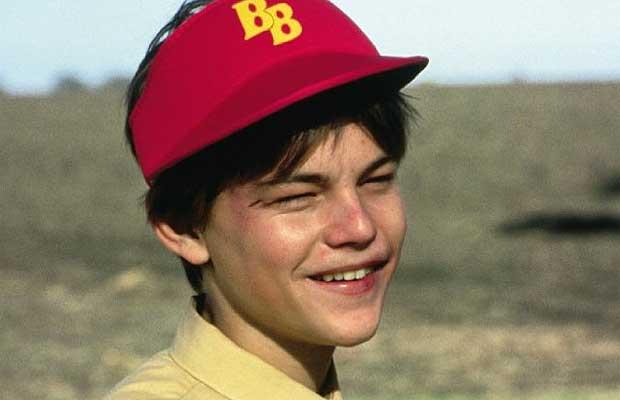 The best of the several dysfunctional family dramas in which DiCaprio has acted, “What’s Eating Gilbert Grape” stars Johnny Depp in the titular role of a young man who cares for his mentally disabled brother Arnie (DiCaprio) with occasional help from his two sisters and little to no help from his inactive and morbidly obese mother.

DiCaprio’s performance as Arnie is sensitive and affecting. He demonstrates the extent of his ability to disappear into a character, playing Arnie with an innocence that is not visible in any of his other roles. And yet, it’s definitely Depp who carries the film, displaying the penchant he had for expressing authentic human emotions before his face got perpetually smothered under the pale makeup demanded by Tim Burton movies.

Scorsese’s first Oscar-winner for Best Picture is also the first remake to earn the award. It’s not the most deserving entry in Scorsese’s filmography (that honor could go to “Taxi Driver” or “Raging Bull” or “Goodfellas,” among others), but it’s a gritty and absorbing reinterpretation of its Hong Kong source material, “Infernal Affairs.”

DiCaprio stars as a cop pretending to be a member of the mob, and Matt Damon stars as a member of the mob pretending to be a cop. The rest of the cast is full of familiar faces, including Jack Nicholson in a somewhat hammy but nevertheless convincing performance as mob boss Frank Costello. The salty and sharply written dialogue keeps the characters playing off each other in compelling ways throughout.

Jordan Belfort might be the most impressively performed role of DiCaprio’s career; the greedy charisma DiCaprio displays here is much more compelling than any of his Oscar-winning agony in “The Revenant.” Scorsese turned 70 during production, but the film still has way more energy than most works by young directors.

Belfort’s ascent into opulence and concurrent descent into cocaine-fueled debauchery is a relentlessly entertaining progression, somehow managing to feel outrageously improvised and tightly controlled at the same time. “The Wolf of Wall Street” is hilarious until you think about its accuracy, and then – in contrast with the copious amount of drunken and/or Quaalude-inspired decadence on display – it becomes sobering.

Christopher Nolan’s “Inception” takes flak for being exposition-heavy, but when has exposition been this entertaining? Watching the characters explain the mechanics of dreams is sometimes just as much of a rush as the gravity-free action sequences: there’s something fresh and intriguing about the rules Nolan wrote for the layered dreamscapes infiltrated by Dom and his crew.

DiCaprio’s turn as Dom brings emotional weight to the story, with unresolved grief informing his every move. In this way, “Inception” succeeds as an intricately plotted brainteaser, as a thrilling heist film, and even as a character study of a man bereaved. Nolan crosscuts between scenes (and dream layers) as freely as he mixes the aforementioned genres; his montages, if overly frequent, keep you constantly engrossed, with Hans Zimmer’s score acting as connective tissue. Plus, you get to see a city fold in on top of itself.

Remember when Spielberg knew how to make fun throwback movies without directly recreating famous scenes from beloved horror classics? “Catch Me If You Can” borrows some of its old-school style from the 60s setting in which it takes place; the Saul Bass-inspired opening credits pair snazzily with John Williams’ jazzy score.

DiCaprio plays Frank Abagnale Jr., a real-life con artist who feigned various professions as part of his money-making schemes. Tom Hanks is suitably grouchy as the FBI agent in pursuit, and Christopher Walken is one of the film’s greatest treasures as Abagnale Sr. “Catch Me If You Can” is fun without being disposable and retro without feeling stale. It could be Spielberg’s best work of the millennium thus far.