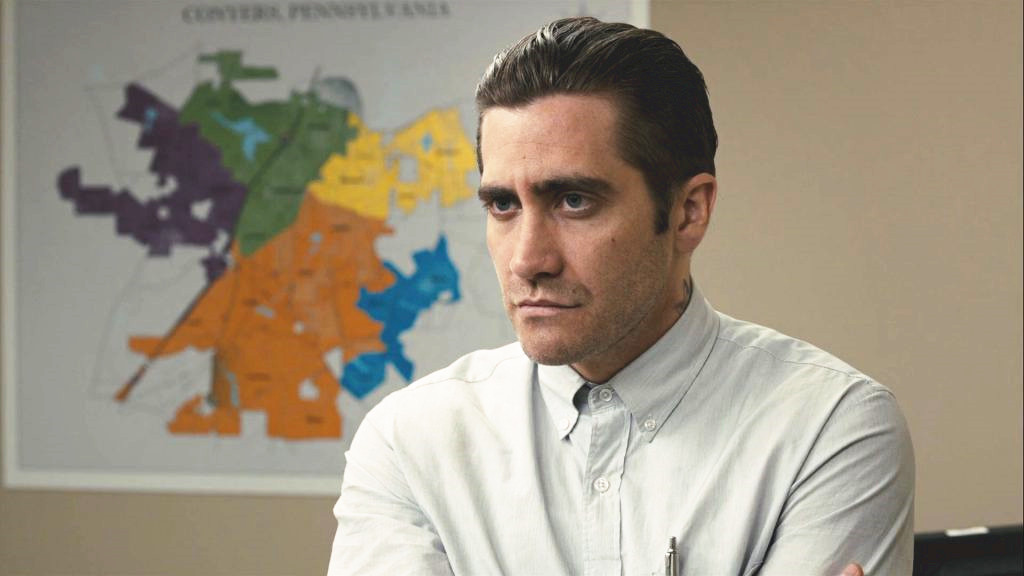 Compared to directors, the time an actor spends working on one film is substantially much shorter. By the time that one film is released, that same actor could have worked on multiple films that somehow end up being released within the same year. If they’re lucky enough to be in demand, and lucky enough to be cast in great films back to back, then an actor can have a truly wonderful year.

It just goes to show the level of professionalism, focus and master of the craft that an actor must have to be able to give two or more great performances within the same year. And it’s even more impressive when those performances are distinguishable from one another.

As we’ve already made a list with actors who’ve been nominated for two Oscars in the same year, those actors, and more accurately the films they were nominated for, have been left off this list. Also, we’ve only included actors who had leading or substantial supporting roles. So, unfortunately, actors like Michael Stuhlbarg who had a stellar year in 2017 were also left off.

During the 1970s, Al Pacino could do no wrong. The actor gave one incredible performance after another with his work in the Godfather series, which is one of the greatest performances in cinematic history. But in-between and after the series, Pacino gave multiple performances that are just as worthy of praise.

The Palme d’Or winning “Scarecrow” starred Pacino and Gene Hackman in a road film about two vagabonds who decide to travel together and start a business once they reach their destination in Pittsburgh. It wouldn’t be a road film if things went according to plan, and the film’s biggest asset is the acting.

Hackman plays a short-tempered ex-convict and Pacino a childlike ex-sailor trying to get to his child and wife. An unpredictable film filled with emotionally satisfying performances from a cast operating at the height of their talents.

“Serpico” featured an engrossing performance from Pacino in Sidney Lumet’s gripping crime drama. Based on the true story of Frank Serpico, who went undercover to expose police corruption, the film masterfully covers 12 years of Serpico’s time on the force. Pacino’s focused and determined performance perfectly matches the focused and determined police officer who’s always at odds with his peers due to his reluctance to get dirty. 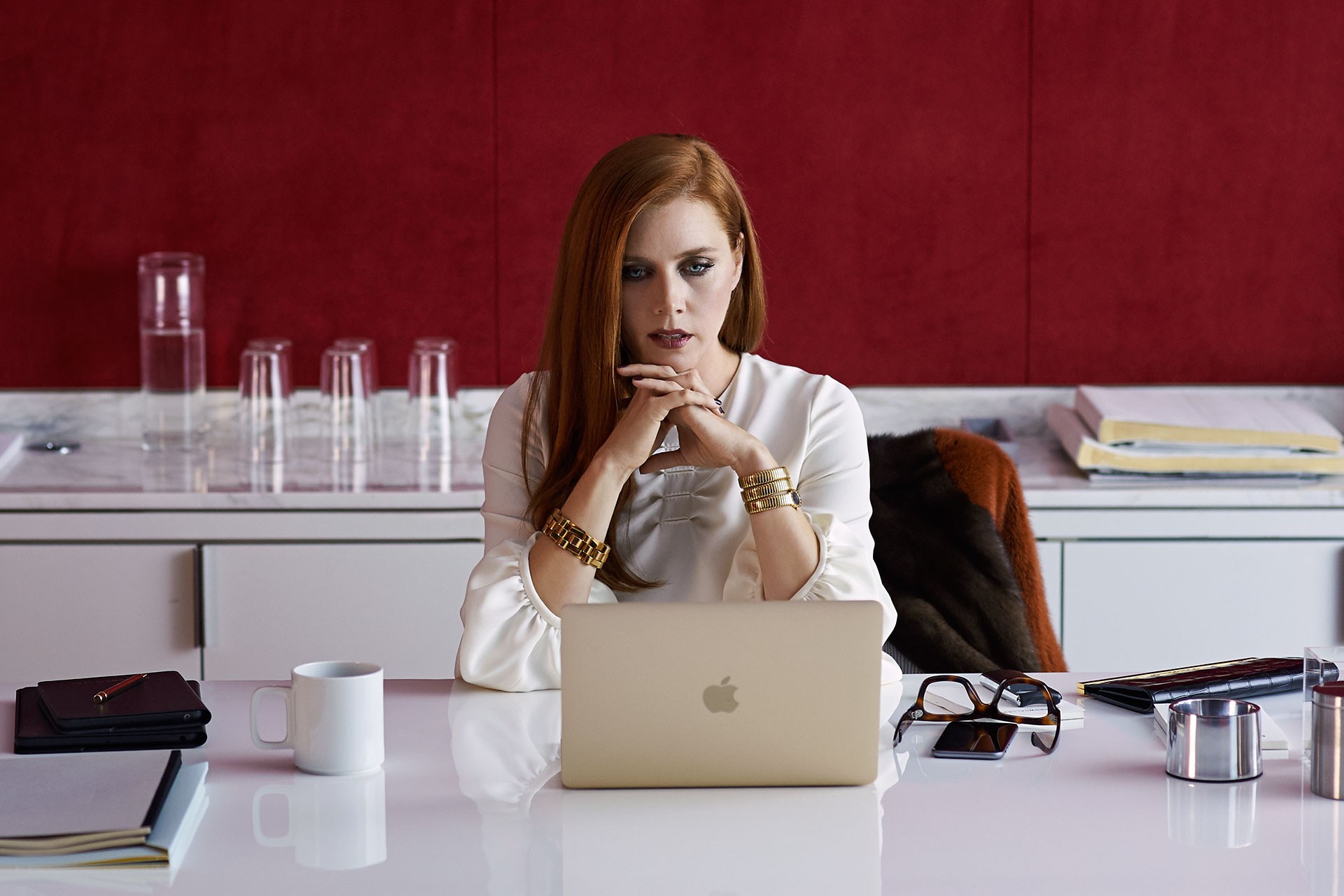 In 2016, Amy Adams starred in two “thinking” films released within a week from each other in the US. The first being Denis Villeneuve’s science fiction drama “Arrival” where she plays linguist Louise Banks, who’s tasked with helping the military communicate with aliens before a “war of the worlds” type situation occurs.

Adams is a highly consistent actress, who gives 110 percent to all her roles, no matter how good or bad the film, big or small her part may be. It would be difficult to choose one performance to single out as her best, but “Arrival” would definitely be in the running.

Her work here is simply sublime as she gives the film the emotional gravitas it needs while being the audience’s point of view. She loads Banks with layers of subtlety and emotion that only makes sense and puts things into perspective in the end.

The other film was Tom Ford’s “Nocturnal Animals” where she plays art gallery owner Susan Morrow. Upon receiving a novel from her ex-husband that closely parallels their relationship, she begins imagining the novel as she reads.

Less acclaimed and less successful than “Arrival” but just as good albeit in a different way, Adams’ character here is less sympathetic and more cold. But again, Adams loads the character with so much depth that we can’t help but feel conflicted about her, even after one particular terrible act.

While Brad Pitt was already an established actor, the year 1995 saw the actor’s career soar to greater heights. Starring in two films with twist endings that everyone claims they saw coming, the actor proved he wasn’t just a pretty boy with some talent.

In David Fincher’s darkest and most nihilistic film to date, “Seven” kicked off the three films Pitt would eventually make with the director. Playing the young headstrong detective against Morgan Freeman’s old and weary detective, “Seven” wouldn’t have worked so well if it wasn’t for its incredible cast and crew. The energy and commitment Pitt brought to the table balances nicely with that of Freeman and Kevin Spacey. The iconic “what’s in the box?” scene stands amongst the actor’s best work.

In Terry Gilliam’s “12 Monkeys,” Bruce Willis is sent from the future on a research mission only to end up in a mental hospital. To make things worse, he has to listen to Brad Pitt’s ramblings, who’s about the only person who believes him. Pitt steals the show with his fast-talking speech patterns that netted him an Oscar nomination. 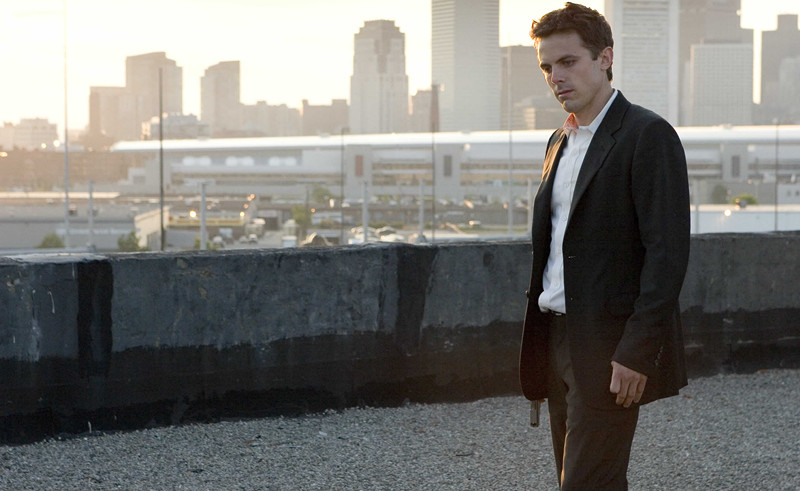 The year 2007 is the year that Casey Affleck officially arrived and stepped out of big brother Ben’s shadow. First came the usual Casey Affleck small/supporting turn everyone was used to in “Ocean’s Thirteen,” then came two films that changed his career forever.

“The Assassination of Jesse James” earned him his first Oscar nomination as the coward/fan/stalker/creep who murdered folk hero Jesse James. Fascinating to watch from beginning to end, Affleck’s Robert Ford threatens to eclipse Brad Pitt’s Jesse James. They’re both unpredictable characters but with James, we know more or less what to expect; Ford, on the other hand, is tricky to pin down thanks to Affleck. His breakthrough made everyone who had written him off stand up and take note.

Then came “Gone Baby Gone” with big brother Ben taking directing duties to give Casey the chance to shine in a leading role and show the world the talent he’s always known his brother has.

Although the film is filled with great performances from Morgan Freeman, Ed Harris, Michelle Monaghan and particularly Amy Ryan, among others, it’s Casey who carries the film as the only constant character and moral center. The two scenes that stand out are scenes in the child molester’s house, and the closing scene where Affleck shows an impeccable range of emotions from the obvious to the subtle.

The legendary Humphrey Bogart appeared in some iconic films throughout his career that rightfully made him one of the greatest (and the coolest) actors. Nobody played world-weary cynical characters with hidden layers of nobility quite like Bogart.

Which made his role in John Huston’s “The Treasure of the Sierra Madre” so refreshing, playing a down-on-his-luck drifter who joins two other Americans on a journey to Mexico to prospect gold. Pretty soon paranoia and greed worm its way into the trio. And most of that paranoia and greed comes from Bogart’s character, who’s so convinced that his partners are planning to do him in that he gives in to sheer madness.

An excellent performance that sees Bogart in the rare unlikable role. We watch as his sanity deteriorates right before our eyes as he sets into motion his own downfall.

“Key Largo” had Bogart collaborate with Lauren Bacall for the fourth and final time in another John Ford classic. Trapped inside a hotel with mobsters while a hurricane wreaks havoc outside, “Key Largo” is a claustrophobic noir that never goes where you expect it. And part of that charm comes from the acting department with tensions soaring high and Bogart exquisitely playing his cards close with facial expressions that leave you on the edge. Just because it’s a trademark Bogart character doesn’t make it any less engaging.

It’s no doubt that Isabelle Huppert is one of the greatest living actresses today with decades of experience under her belt. The prolific French actress has appeared in more than 120 films and is one of the most consistent actresses working today, with a penchant for playing difficult roles.

In “Thing’s to Come,” Huppert plays a philosophy professor going through a midlife crisis of sorts, which causes her to examine her life after a series of separations. Expertly written and directed by Mia Hansen-Løve, Huppert shows off a variety of emotions that leans on her softer delicate side. Poetically in sync with the cinematography and writing, “Thing’s to Come” is beautiful to behold on all fronts.

The ever-controversial Paul Verhoeven returned from a 10-year absence with possibly the most powerful rape victim film ever dared to be made. And it’s perhaps the director’s defining work. Huppert has played challenging characters before, but in “Elle” she brings a whole truckload of complexities to a film that probably wouldn’t have fared as well if it wasn’t for her involvement.

A performance that will stand the test of time and one of the actress’s finest in an already impressive career, “Elle” lingers in your mind long after the credits have rolled and that’s mostly because of Huppert’s fearless and engrossing work.

The year 2011 was Jessica Chastain’s breakthrough, where she went from a relative unknown to a certified star. Staring in six films released that year, its Terrence Malick’s “The Tree of Life” and Kathryn Stockett’s “The Help” that made the most noise. Not to forget Jeff Nicholas’ brilliant “Take Shelter.”

In “The Tree of Life,” Chastain played the silent and passive wife of Brad Pitt’s dominating husband. But as passive as she may be, her presence is felt throughout the film as she mostly reacts to the drama of her husband and son. It’s through Chastain’s powerful reactions that we know what her character is thinking and feeling as a mother figure in 1950’s Texas.

Through themes of love, loss, and family, Chastain is the center of the O’Brien household much like the titular tree of life for the universe. Throughout the different snapshots of the family, she gives a whole spectrum of emotions as her family goes through the different stages of their lives.

“The Help” saw Chastain play another housewife for the third time in the same year. Showing her incredible versatility and range, none of her performances are the same as she plays each character with different tones. In “Take Shelter,” she played a stripped-down housewife battling with her husband’s mental illness in present times. In “The Help,” however, she plays the opposite of that as a larger than life, air-headed, socializing housewife in 1960’s Mississippi.

326
SHARES
FacebookTwitterSubscribe
Subscribe via Email or RSS Feed
Pages: 1 2
Comments (11)
Actors Who Had Two Great Films in the Same Year