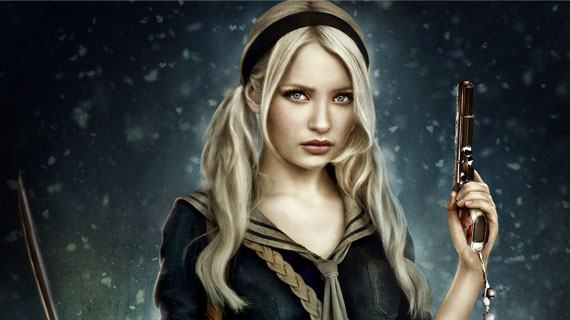 That classic case of ’style over substance’ has been a criticism thrown at films since the inception of the medium, although it really became a prominent occurrence since the rise of the ‘MTV generation’ in the 80s as music video and commercial directors got snatched up solely for their impressive visual aesthetic and not much else, a trend that hasn’t slowed down since.

No doubt there has been success stories with this transition (e.g. David Fincher, Spike Jonze), yet a lot of times it can be your go-to culprit for easily glossing over plot holes or non-existent thematics, but can it save an outright terrible film? Not really, but it can make it nice to look at, at least. Let’s observe such cases in this list of horrible yet drop dead gorgeous movies. 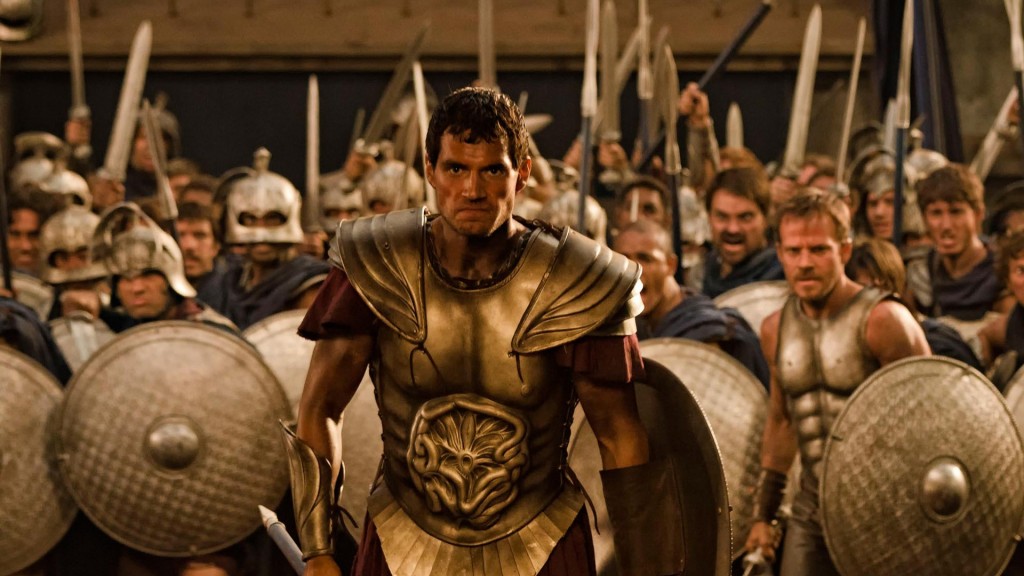 Director Tarsem Singh has made a pedigree of being one of the most sought after commercial and music video directors abound. With painterly perfection applied to every frame, costume and edit in his control, he’s chipped out a distinctive style that is gobsmacking original and wholly intoxicating.

His film career has been suitably hit and miss, though – “The Cell” turned most off initially, although it has enjoyed minor cult success since; “The Fall” was an incredible match of his keen eye with an engrossing and involving plot. Yet “Immortals,” an attempt at big budget action spectacle, is a bit of a misfire.

Based on the epic tales of Greek mythology laced with a battle of the gods between mortal men, the poster was splayed with “from the producers of ‘300’’’ and they were hoping for similar bombastic sleeper success. Yet although that film wasn’t exactly Shakespeare, it did have solid actors and a strong enough thread from the Frank Miller source material.

In the case here, they’re operating on a thin script, with the bland characters never given anything to hold onto. A lean Henry Cavill is a boring lead as well as his cohorts and love interest with plenty of overblown melodrama shoehorned along the way; only Mickey Rourke as the villain generates any excitement, although it was an obvious paycheque movie for the weathered actor.

Regardless of its shallow and uninvolving main drive, Singh literally and purposefully makes every frame look like a Caravaggio painting, with a passion for the look and feel that stands high above its weaker parts, so it’s sadly disappointing that it isn’t supported by a much stronger film. 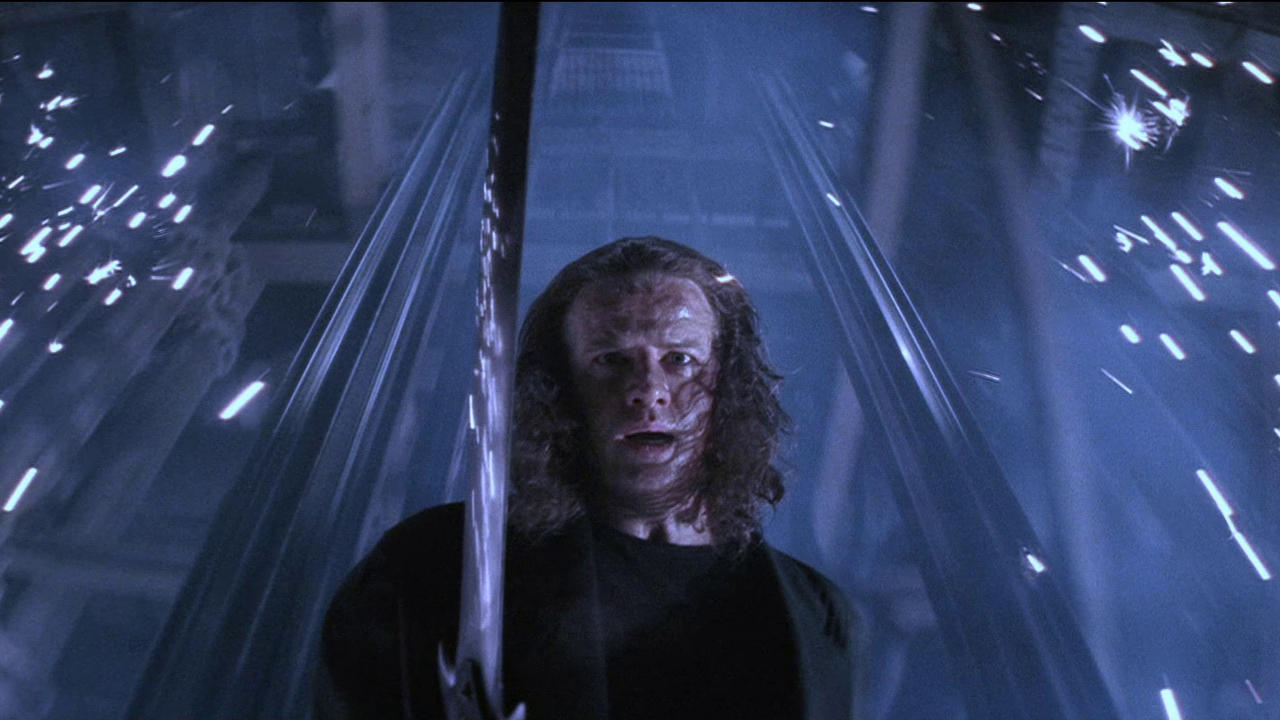 The first entry in the ‘Highlander’ series was a smash hit for the late 80s, saddled with famed Duran Duran music video director Russell Mulcahy who directed the hell out of the premise of a secret war set between immortals on Earth. Its mythology was rife with franchise potential and Mulcahy brought all the flourishes and panache from his famed career to the features.

A sequel was a given after its massive success, yet what happened was a disastrous experience both behind the scenes and what audiences were subjected to.  After production began in Argentina, the sudden decline in the country’s economy left the production in dire straits, and it was held hostage by its insurance company that was suddenly supervising the shoot, who heavily edited the final product.

Who knows if there was anything to save in the first place, as the script already had numerous problems already – a wafer-thin plot also stomped all over the original’s legacy by taking a dump on continuity, and any stupidly retconning almost every aspect – the ‘immortals’ are actually aliens, Sean Connery is inexplicably not dead, and the whole ‘there can only be one’ thing is tossed out the window.

What is good (as in most of Mulcahy’s movies) is the look of the piece. Certainly the grimy urban dystopian takes all its tricks from “Blade Runner,” but that doesn’t mean it’s not able to conjure some stunning imagery, with the care and precision given to each lighting frame set up in this ‘cyberpunk’ inspired future, which is completely lacking in absolutely every other aspect of this terrible sequel. 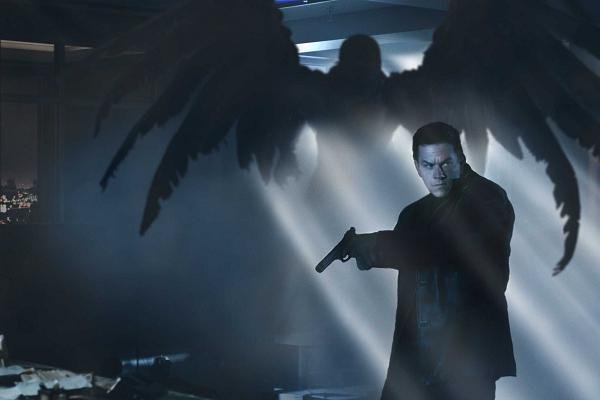 We all know that video game to movies transitions are tough and seem cursed to never succeed, yet when the adaptation for Remedy Entertainment’s cult 2001 hit “Max Payne” got picked up, they at least had a game that was gloriously steeped in lush cinematic references, with people remaining hopeful the transition had a chance.

The game was the first to integrate slow-motion gunplay as a gameplay mechanic, a fad that was a la mode in the mainstream after the cinematic phenomenon “The Matrix” (1999). Yet the game also blended film noir, John Woo action, and a gothic horror aesthetic in what was a game that made you feel you were playing a movie.

The film didn’t fare well, though,. In all fairness, the source’s plot was fairly standard ‘cop out for revenge,’ yet when the interactive element is stripped out it makes the story feel pretty formulaic. It didn’t help that the gothic aspect was then shoehorned into a goofy and unnecessary drug subplot that annoyed game loyalists.

The action aspect aped better movies unsuccessfully – the Wachowski style slo-mo done by just having things happen slowly, instead of something actually ‘exciting’ happening slowly – and the whole thing was saddled with a completely disinterested Mark Wahlberg as the lead and hack director John Moore calling the shots.

Yet one place where Moore did completely succeed is recreating the specific and rich visual world of the game. The Tim Burton meets cop thriller aspects are replicated to a tee, with an impressive image palette that Moore quite accurately replicates. It’s just a shame that that’s about all he gets right with this churning down to a big old missed opportunity. 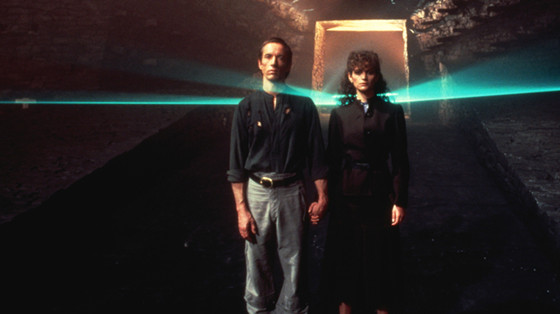 Mainstream auteur Michael Mann rarely makes mediocre product; it’s happened, (cough* “Blackhat” *cough) but for the most part you can always expect him to deliver a solid endeavour, especially during his prestigious 80’s period. For this forgotten member of his filmography, he left behind his usual tropes of cops and robbers and took on the enticing prospect of updating the folklore Golem legend, setting it appropriately at the tail end of World War II.

As enticing as the prospect sounds, the film was sadly plagued with problems. The most taxing was that the effect-heavy set pieces movie was hit with a heavy blow as legendary visual effects supervisor Wally Veevers passed away mid-production, leaving the ambitious effects (especially for the time) in a bad state, with them forced to be completed fast and cheap.

Also, it was a film where Mann was fought against every step of the way in post-production, with the producers releasing their own cut and the director essentially disowning the film, even to the extent that he prevented its DVD release for way over a decade. When the final product is essentially the hokey mess it turns out to be, it’s not surprising he’s embarrassed by the result.

In all fairness, it begins atmospherically and intriguing, a synth Tangerine Dream score and an intriguing premise set-up, yet quickly it devolves into a total mess, with nonsensical plot twists and laughably bad moments. Looks wise, though, it is stunning – Mann’s premiere scare sequence is haunting and dreamlike in pace, where two Nazis break through the ancient Jewish seal and the camera languidly pulls back revealing a cold, dark abyss. It’s a tragic reminder of what could’ve been in this impressive looking yet deeply broken movie. 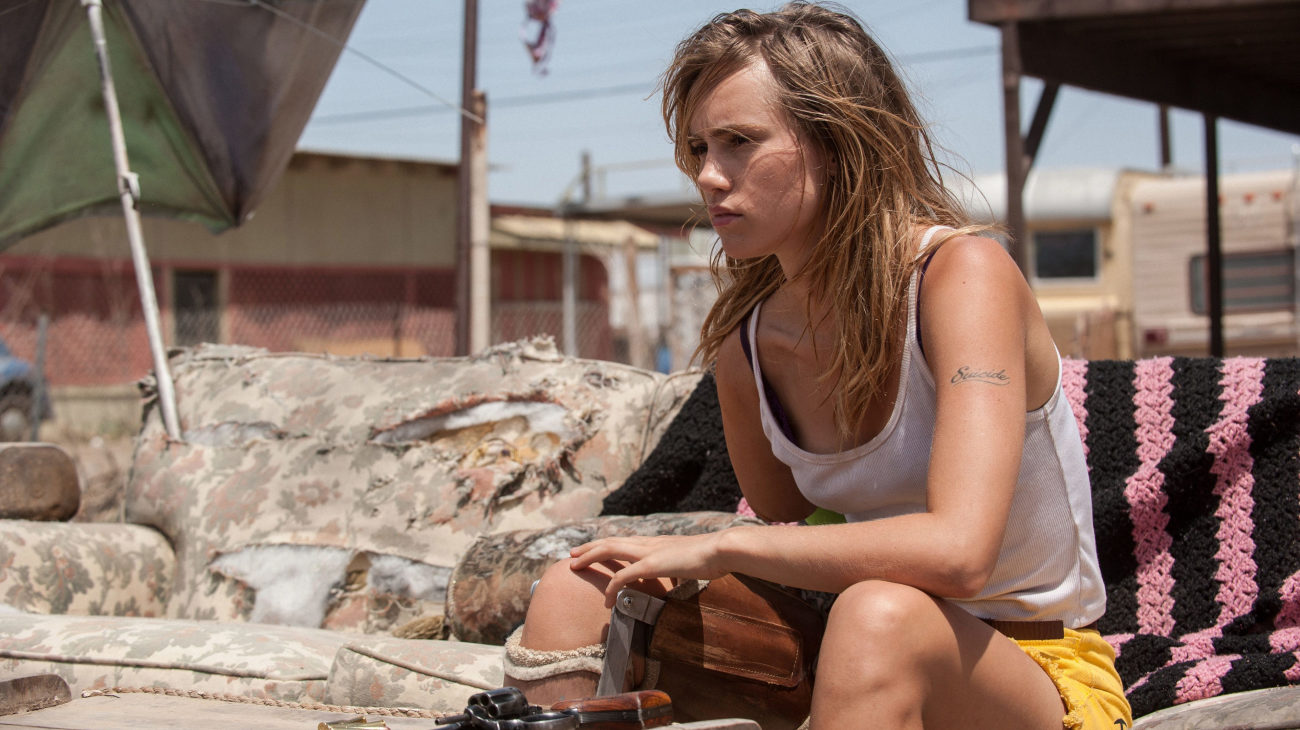 Ana Lily Amirpour turned a lot of heads with her debut “A Girl Walks Home Alone at Night” (2014), a quirky horror movie that felt like an enjoyable love letter to such 90’s auteurs like David Lynch, Abel Ferrara and Jim Jarmusch, all photographed in stylish black-and-white film stock and adding a fresh perspective on vampire tropes by setting the macabre tale in the Middle East. Certain flaws were hinted at behind the camera – there was a certain air of pretension and demanding pacing, but most of those misgivings could be forgiven for by its strong points and the exciting arrival of a new talent.

Well, it remained a case of the sophomore slump for its follow up – a stateside production, the director was able to land a bevy of US talent (Keanu Reeves, Jason Momoa, Jim Carrey) and was armed with a more ambitious budget and concept (this time focused on cannibals stationed in the desert).

Unfortunately, all the flaws from her debut not only remained but were expanded upon, the pretension shot sky high as the meandering plot lumbered forward with no discernible purpose or motivations, random ugly violence is thrown at the audience for mild shocks, and the entire cast (while looking colourfully eccentric at least) remains monotone and robotic – aside from a nigh-on recognisable Carrey in a weird and brief cameo.

Visually, though, its dusty wasteland and wandering eye are stunning – unique locations and a penchant for making every minor character stand out via photography and unique costuming remains an achievement, but it just doesn’t work as a movie, making it feel like Amirpour would find more success as an art photographer or stylist, since that’s where her interests lie.