There are many reasons why a film critic might get cranky and dislike a good film, such as the frustration of having to sit through many awful ones or having to deal with computer issues when in the “writing zone.” There are also reasons why a film critic might be predisposed to dislike a good film even before they have seen it. Perhaps the film was released when its genre was oversaturating the market, or perhaps it was adapted from less than prestigious source material. Perhaps it has a title like Let’s Scare Jessica to Death or Looney Tunes: Back in Action.

With that in mind, let’s look at a handful of underrated films which deserve their critical day in the sun.

Never judge a film by its title. When Let’s Scare Jessica to Death was released to the drive-in circuit, it was understandably ignored by critics who assessed it was campy gore. Against all odds, Jessica is a classy, expertly crafted film, a cross between Ingmar Bergman’s Through a Glass Darkly and the horror stories of J. Sheridan Le Fanu.

Zohra Lampert plays Jessica, a woman who has recently battled mental illness. She relocates to an abandoned country house she inherited with her husband and a friend, only to find that its been illegally inhabited by Emily (Mariclare Costello), a hippie-like vagabond, for some time.

The trio generously allow Emily to stay with them, and Jessica begins to hear monstrous whispering voices. Is it schizophrenia or something supernatural? Jessica isn’t sure herself. She becomes further unnerved when she discovers a photograph in the attic of Abigail Bishop, a nineteenth century woman with an uncanny resemblance to Emily who was rumored to never have died.

The film’s restrained lack of gore, expert sound design and ambiguous narrative combine for a film that is haunting in a way that Freddy and Jason never have been. The film’s psychosexual elements add another layer to the proceedings, with Jessica’s insecurities regarding her marriage becoming a horror unto themselves. Let’s Scare Jessica to Death was too good for the grindhouses back then, and too good to be forgotten now. 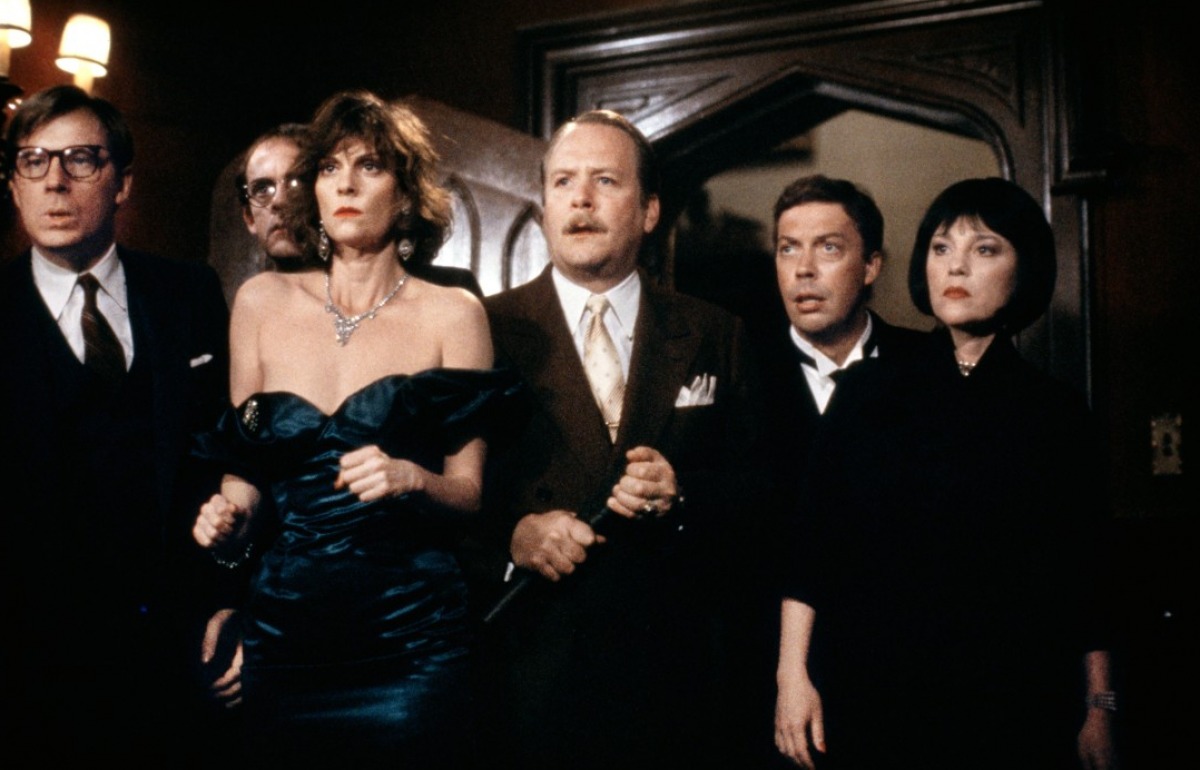 A deft parody of Agatha Christie style murder mysteries, Clue transcends its humble origins as an adaptation of a children’s board game. Martin Mull, Ellen Burstyn, Madeline Kahn, and the incomparable Tim Curry manage the feat of playing their roles ridiculously over the top and devoid of irony; Leslie Ann Warren plays a madam who makes Jessica Rabbit look as seductive as Queen Elizabeth II. The jokes are plentiful and almost all land, and it’s refreshing to watch a goofball comedy with a plot that’s actually clever.

In fact, the film’s central mystery works well enough that it could have been used in a straight-faced caper. What hurt the film’s critical standing – besides the filmmakers’ choice of source material – was the fact that it was packaged with the William Castle-style gimmick of having three different endings.

If a viewer wanted to see all the film’s endings, they had to pay to see the film three times in theatres. This move was greedy beyond belief in a way that Castle’s flying skeletons never were, and deserved criticism. However, in the home video age, this criticism is basically moot, as all three endings can be seen on the film’s DVD and Blu-ray releases. This stands as one of the few ways that modern technology has improved the world.

Trash and art are most often thought of as fundamentally different things, opposites even; with Spring Breakers, Harmony Korine proves that the two can gel well together under the right circumstances. Sure, Warhol proved fifty years ago that middle-brow pop culture like Campbell’s soup cans and Marilyn Monroe stills could be art if framed in the right way. But Korine has proved that absolute garbage – Gucci Mane, peeing in the street, and golden lines of dialogue like “Bikinis and big booties – that’s what life is all about!” – has just as much potential to be art as any can of Campbell’s soup.

While Warhol turned Marilyn’s face into highbrow art by copying it and changing its colors, Korine has made the vulgarities of spring break, dubstep music and modern gangsta rap into art by using them as a launch-pad for a surreal, darkly funny film that is decidedly not for all tastes.

The plot, thin as it is, revolves around a quartet of female friends (Rachel Korine, Ashley Benson, Selena Gomez and Vanessa Hudgens, the latter two former Disney Channel actresses cast for shock value) who rob a restaurant to fund a spring break getaway to Florida.

After a night of cocaine-fueled hedonism, the four are jailed, only for their bail to be paid by a trashy rapper named Alien (James Franco, who succeeds at making a character who is annoying on paper amusing on screen), who only furthers their descent into neon-colored debauchery.

In a film like this, however, plot isn’t the point; above all, Spring Breakers is a sensory experience filled with lurid cinematography, cheeky sound design (every other scene ends with the sound of a gun being cocked) and striking use of lowbrow music (Skrillex on strings, anyone?).

As entertainingly bizarre as Franco is, Korine is the film’s real star. His directorial touches – like his ridiculous, tongue-in-cheek over-sexualization of the film’s female characters or playing Britney Spears’ delicate ballad “Everytime” over a scene of ugly violence – are what really propel the film to greatness.

4. The Last Man on Earth 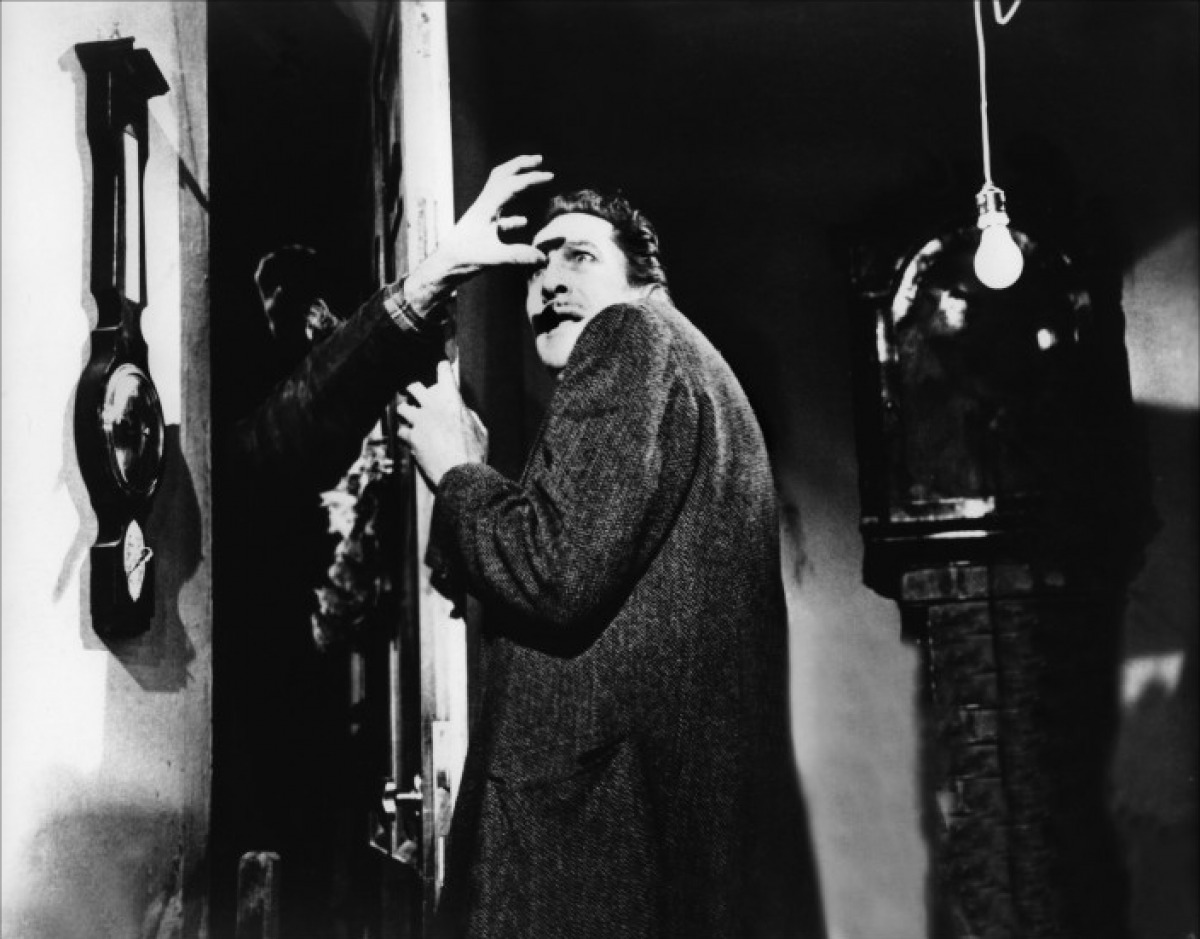 Here’s a film that is often ignored, despite its impressive pedigree. The Last Man on Earth is an adaptation of Richard Matheson’s influential vampire novel I Am Legend, scripted by the science fiction master himself, and was a major influence on George A. Romero’s Night of the Living Dead, one of the most acclaimed and important horror films of all time.

While the novel has had two subsequent big budget adaptations – The Omega Man, a campy Charlton Heston vehicle, and I Am Legend, a portentous Will Smith disaster pic – only The Last Man on Earth managed to capture its source materials moral complexity, nihilism and quiet sense of dread, all using about five cents for every dollar spent on the other two movies.

Vincent Price stars as Dr. Robert Morgan, the last survivor of a horrible plague that has turned the rest of mankind into a horde of blood-sucking parasites. We get to see the doctor’s heart-breaking daily routine, where he works tirelessly to kill the nocturnal monstrosities and thanklessly looks for a cure, all while trying to keep himself sane in the solitude.

The black and white shorts of empty, decaying streets give the film a touch of Italian neo-realism that separates it from the camp of other Price B-movies. It’s some of Matheson’s best work – somehow even better than Jaws 3.

Up until the release of this film, Rolling Stone writer turned filmmaker Cameron Crowe was a critical darling. After Vanilla Sky, he was seen as just another director, an outcome more bizarre than the film itself. Why? Certainly, it’s not cool for American directors to remake foreign films, though Crowe’s version has a human element that the original – Alejandro Amenabar’s Open Your Eyes – was sorely lacking, as well as that film’s edginess for its own sake ethos. Instead, we get an emotional film about relationships and the potentially illusory nature of identity infused with some heady 1960’s science fiction themes.

The film’s grand twist ending is shocking but cleverly set up and leads to one of the most beautifully realized montages since the days of Sergei Eisenstein. Vanilla Sky was a victim of its own release date; within nine months, three films about characters trying to discern whether or not the world around them is real – Momento, Mullholland Drive, and Vanilla Sky – were released.

Coming as the last of the bunch, Vanilla Sky may have seemed repetitive, but that’s certainly not the filmmaker’s fault; all three were in production simultaneously. Being released when Tom Cruise was beyond overexposed did not help the film’s critical standing, but taken on its own terms, the film is glorious.