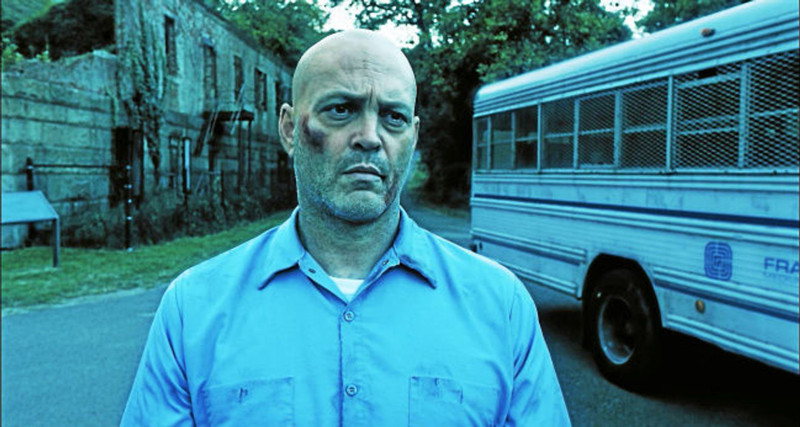 Many productions are marketed as “a cult film in the making”, and the term has come to mean something much broader to modern audiences. However, there are still many films released that certainly possess the potential to cultivate a loyal and cult audience. There are many films that could have made this list, and the ones listed are the ones that are most likely to achieve a niche following over time.

The films that feature on this list may receive such attention for a variety of reasons, of which are all detailed and discussed here. There are many modern examples that people often raise, and yet usually the films frequently mentioned – arguably – already have a cult following; these examples on the other hand, are still in the process, and only time will tell whether these ten pieces of work will withstand the test of time and be cherished by a select few. 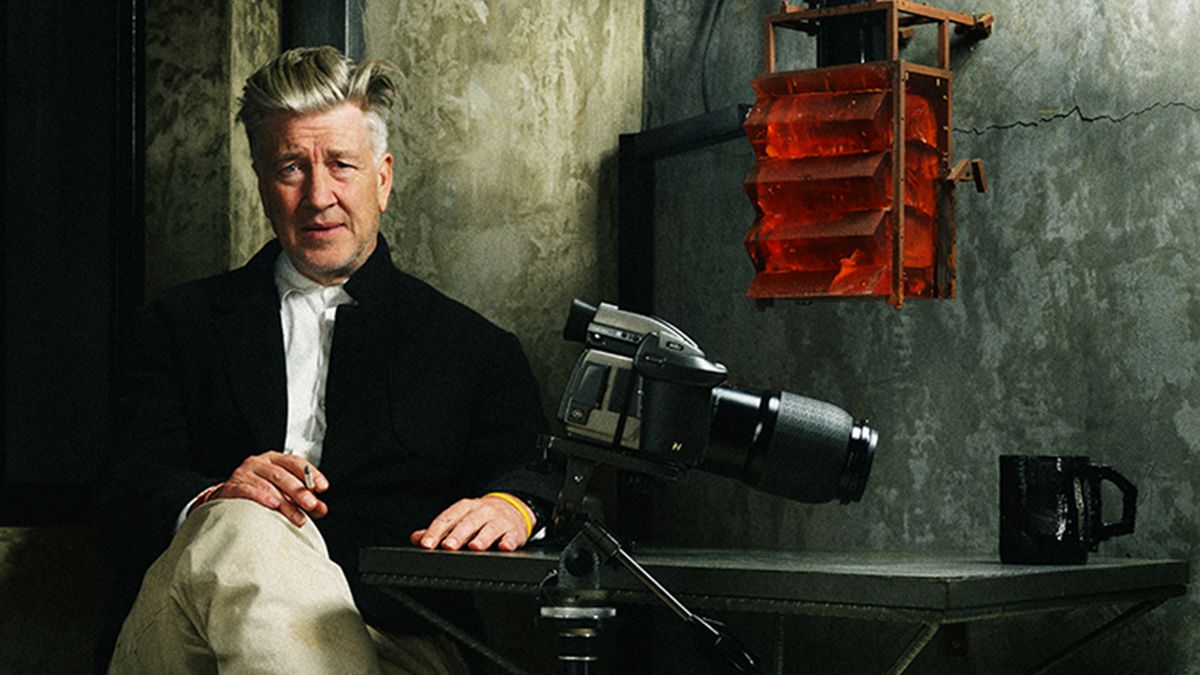 Who would have thought that spending feature-length time with artist and filmmaker David Lynch would be such an absolute pleasure? Well, the answer is just about everyone. This intimate documentary portrait of one of the most acclaimed and celebrated directors of our times is so comforting, offering fans a way to gain a better understanding of the way that such a creative mind has been sculpted by his past.

The man is responsible for such masterpieces as Twin Peaks and Mulholland Drive, and as many are aware, everything he creates is simply so unique to a particular vision; spawning many imitators but never equalled.

Thanks to a Kickstarter campaign, the filmmakers who collaborated on documentary Lynch One were able to embark on another project, and over the course of four years spent time having conversations with Lynch about a variety of things – his upbringing, the creative process, influences, and how all of these have resulted in the artwork many are familiar with, and that which the film lovingly showcases.

The Art Life is such a satisfying experience because it genuinely leaves one with the impression that they have been sat down with the man himself, and the way the footage has been compiled is made to feel very personal for the viewer. The narration of a man that many could listen to for days flows through the film’s relaxed structure, and in this sense it feels like a cosy reacquaintance with someone we know so well, thanks to our existing relationship with their work.

It is likely to garner a cult following because such a following already exists, and anyone who considers themselves a true fan is likely to find themselves revisiting this wonderful piece of work more often than they expect because it’s nostalgic, insightful, inspiring, charming, and above all, reassuring of the fact that the mind can conjure such worlds as the ones we have all been invited to by American master David Lynch. 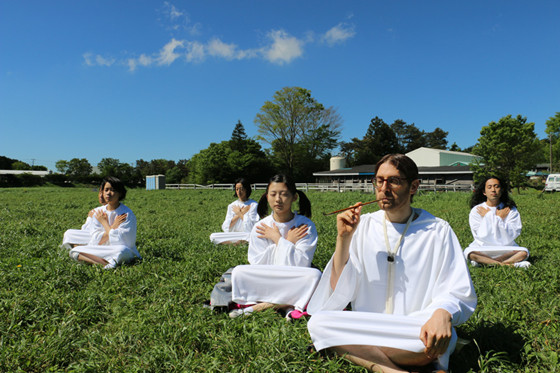 Japanese filmmaker Eiji Uchida is an exciting filmmaker to follow right now, and the recent release of Love and Other Cults greatly reinforces such a statement. Although some have criticised the film for being Uchida’s attempt at reimagining Sion Sono’s Love Exposure – and in some respects it is arguable – the creativity and characters that inhabit this lively tale are much more impressive than this accusation suggests.

Ai (Saira Ito) is sent away to a cult commune at a young age, but when their leader is arrested, the members are forced to part and return to their everyday lives. Still in search of a family, she begins living with a group of delinquent teenagers who aspire to be gangsters; their big-city dreams of crime and power are often made comedic by their small-city reality. Desperately trying to find a place she can fit in, Ai is thrown into a series of conflicts and hardships, wrestling with the crushing idea that maybe her place will forever remain indefinite.

The film is proof that the independent Japanese film scene is so alive right now, and something as colourful and flamboyant as this is always welcome. The young actors do such a fantastic job, and together with fashionable and palpable costuming, they make sure that their characters are remembered in the wake of a conclusion that sadly feels a little underwhelming – and that is because Love and Other Cults feels like it should be longer.

Unfortunately, there’s nothing the audience can do about that besides revisiting the film and soaking in its themes of belonging and comments on a wide range of crime once again, which thanks to Uchida’s entertaining direction, won’t be an issue for most.

Not to do the film a disservice – after all, it does strive for singularity – it almost feels like a modern hybrid of Alan Parker’s Bugsy Malone and Takashi Miike’s Ichi the Killer. It would be surprising if this doesn’t achieve a small cult following, as the director certainly feels headed towards carving out his own adoring niche audience with efforts like Lowlife Love and Greatful Dead.

This, however, is his loudest and most brash to date, so while it may completely deter many, it will strike the right chord with those who favour subversive youth films such as Tetsuya Mariko’s Destruction Babies. 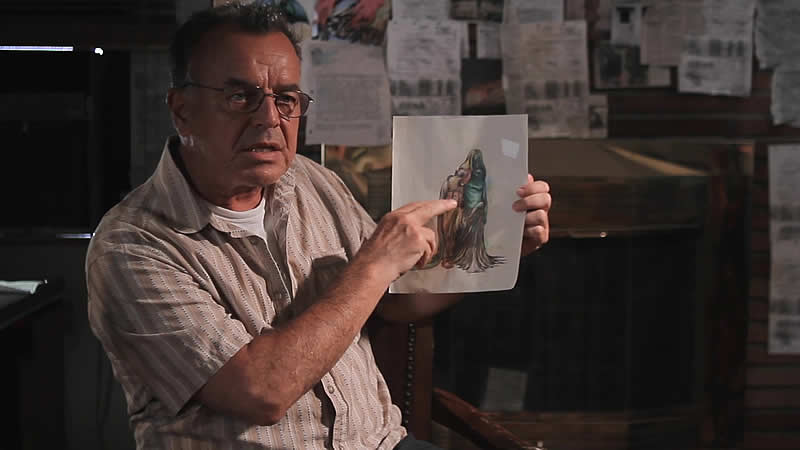 Fans of the slasher sub-genre will no doubt know the name Adam Green. His 2006 film Hatchet was a welcome throwback to the eighties gore films it respectfully reminisces in hilarious and violent fashion. It has since spawned its own film series, with Green having directed three of the four entries.

The films are fun and self-aware in a way that few horror films are, and the obsessive love and care that has been channelled into the series is always evident, which is why it comes as no surprise that Victor Crowley – the deformed villain – has gone on to become a modern horror icon and gain a cult following. For Green, it’s unlikely to stop there.

In 2014 the filmmaker released a fictionalised documentary in which he plays himself. After receiving information from a man (Ray Wise) who claims he can prove the existence of monsters, he and his crew are of course fascinated, deciding to trust their inner-children and follow this bizarre and mysterious lead.

Green was inspired to make the film after a fan sent him the fictional history of his own on-screen creation, Victor Crowley. This fan was Alex Pardee, an artist who upon their meeting at a convention, told Green of his own story about a man commissioned to paint supposedly real monsters. These ideas and encounters then became Digging up the Marrow.

It’s interesting to see a filmmaker playing a fictionalised version of themselves, and this often allows for some humorous moments, along with a fantastic deadpan performance from Wise.

However, the film’s best moments are courtesy of Pardee’s creature creations; the monsters they fall victim to are of such unique design, looking like little else out there. They are visually stimulating and still a little cartoonish, which compliments Green’s ability to never take himself, or his work, too seriously. This allows for an entertaining ride with some brief scares, although as discussed, the visuals really elevate this strange and original film into becoming something more memorable.

Fans of Hatchet will likely return here every so often, and over time, the spectacular creature-design and oddball narrative will continue to resonate with those fascinated with fears of the unknown – it is destined to be beloved by a small and strange audience.

It is nothing short of befuddling that Duncan Jones’ recent return to science-fiction resulted in Mute – a confused mess of a film which clearly aimed to say so much, and instead, came across as a blathering and cluttered exercise in genre fiddling. Yet, the film may be reanalysed in years to come by science-fiction fans desperate to salvage something more to appreciate from this ambitious disaster.

The narrative concerns a mute bartender (Alexander Skarsgard) who is thrown into the troubling criminal underworld of a future Berlin when faced with finding his missing partner. He discovers that her whereabouts may be linked to a pair of surgeons (played by Paul Rudd and Justin Theroux), however, the answers won’t reveal themselves so easily; or in a way appealing to the audience for that matter.

There was so much potential with this project, and perhaps the most irritating part of this is that such potential is still evident when watching the film. Jones communicates some interesting visuals of which stylishly comment on issues like overpopulation and consumerism, but sadly they are dwarfed by the film’s overall all-too familiar tech-noir approach.

Rudd’s performance may be the most interesting aspect, and he really does display some versatility in the role, which make it a shame that the script plainly fails him. That may just be the problem with Mute: it’s tone-deaf, infuriatingly inconsistent in establishing a mood it is willing to remain loyal to.

This is just one way of considering the film, and obviously, there are some who appreciated the film for much of what it was trying to do. Many adored Jones’ debut-feature Moon, and ever since it seems that select film fans have made more of an effort to give credit to the director than others.

His latest film almost feels like a blur, and some critics – notably, Mark Kermode – have gone back to the film to try and find something they may have been missing. Perhaps in the distant future, we’ll look back and, indeed, find something which the few who herald the film claimed to see initially. 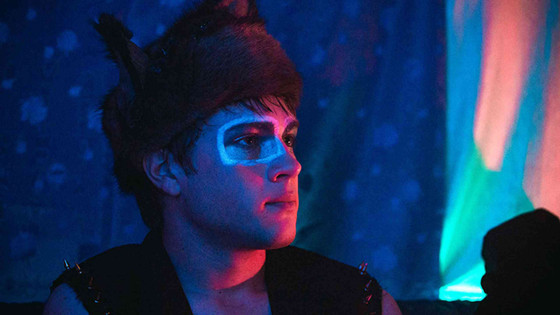 Stephen Dunn’s directorial feature-debut is one of the most important coming-of-age films in recent years. It’s strange, it’s distressing, and undeniably refreshing in its portrayal of gay youth.

Connor Jessup plays eighteen year-old Oscar, a creative individual who deals with loneliness by having conversations with his pet hamster (voiced by Isabella Rosellini). Plagued by past tragedy, he yearns to escape an environment which he feels prohibits him from openly being himself. When an attractive young man begins working alongside him at the hardware store, he is forced to address his anxieties and innermost desires.

The film is a portrait of homosexuality which refuses to shy away from presenting the trauma that alienation and fear of physical and emotional abuse can inflict on the thought process of someone who should be excited for the future, rather than afraid of it.

Dunn expects the audience to approach the narrative with sympathy and an ability to place oneself in the shoes of someone facing a particularly difficult transitional period. Oscar’s patience and decency help this Canadian drama-film to become more accessible, as Jessup’s performance shows an awareness of the narrative aim to tell a story of insecurity and uncertainty, and although specified to that of a teenager struggling with his sexuality, all audiences will be able to identify to some degree with the emotional state explored.

Although anyone who has felt terrifyingly uncomfortable in their own skin will appreciate the film’s message, a gay, teenage audience will be able to find something to truly treasure when encountering a film like this. Luckily, the strange and surreal elements will further encourage a cult following, and if any film deserves it, it’s Closet Monster.