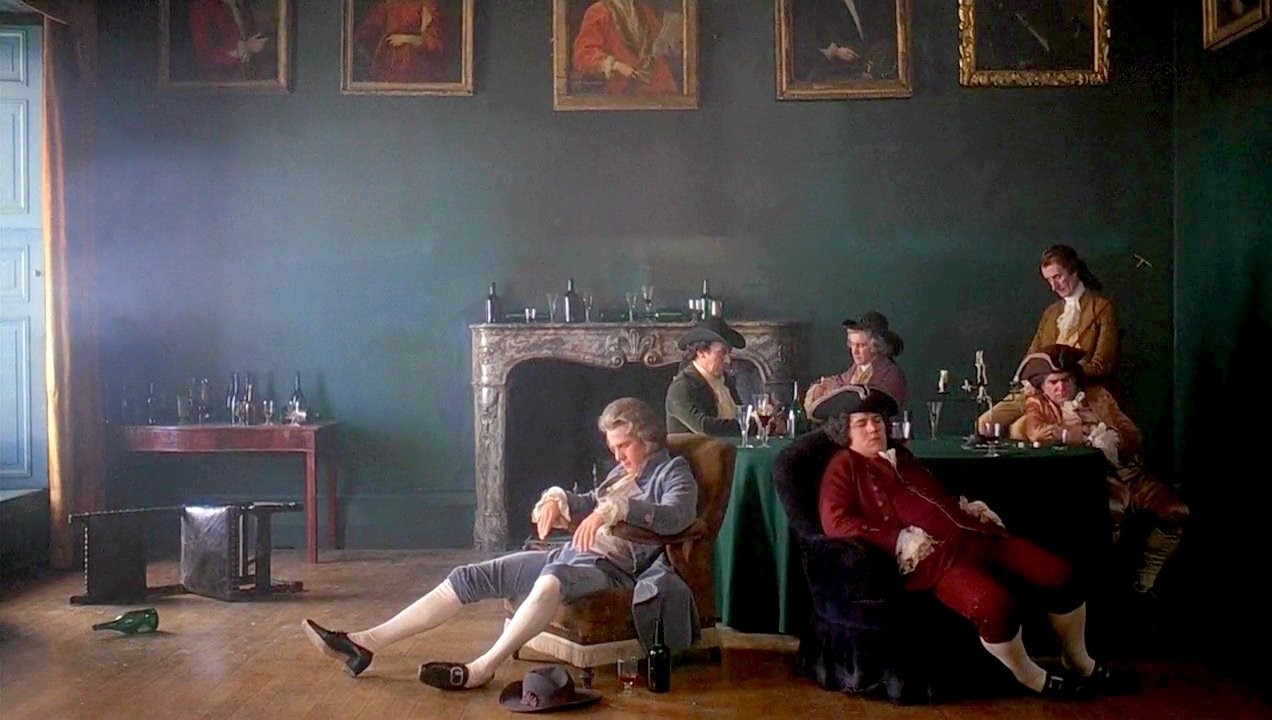 There are many beautifully shot films out there where the cinematography immerses the viewer into the universe and stuns with encapsulating visuals. This list will try and honour some of those films.

However, instead of focusing on overall great cinematography, this list will try and narrow it down to films that have visuals similar to paintings. This means that they are films that are not only well shot, but also in some way or another, through composition, lighting etc., could resemble a painting.

Of course, one could argue that any film could be made into a painting if you really wanted it to – seeing as cinema is a visual medium through and through – and this might be true. But these films differentiate in that it isn’t one specific location or scene that is especially beautiful and breathtaking, and it isn’t that they’re stunning and feel thought out like a photograph, but that they instead specifically have a feel of the artistry of a painting throughout the entirety of their run time.

The list will exclude films that have taken one specific images directly from a painting (i.e. “Melancholia,” “Metropolis,” “The Exorcist” etc.), since that is a whole list in and of its own. Instead, once again, it is the entirety of the film that in one way or another can resemble a painting, whether it’d be a specific artist or more of a style period. 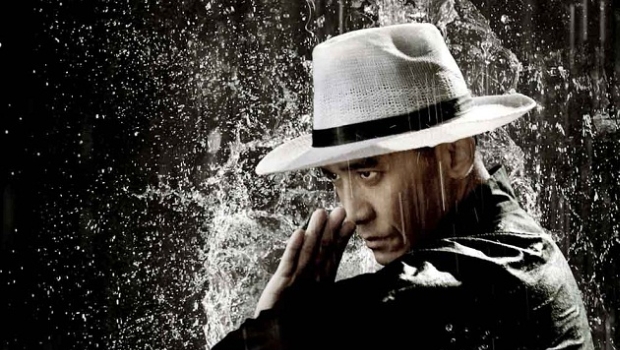 The core story of “The Grandmaster” is a story of martial arts, which starts in southern China in the 1930s. This makes way for, on one hand, stunning period costumes, and on the other hand, beautifully choreographed fight sequences, which you could probably pause at any given moment and you would have a composition and colour scheme worth a painting.

Whether it’d be the intense fight sequences or the quieter moments of subtlety, the visuals in the film are always filled with curls of smoke, well-thought-out blocking, an array of characters entwined, lavish costumes, and clairobscur lighting, all of which making for visuals comparable to that of Rembrandt.

There’s a certain attention to detail present throughout the film in both interior and exterior shots, and watching “The Grandmaster” almost feels like being immersed into a stunning mosaic of paintings.

This widescreen western is a film that takes great advantage of its period setting, thus making almost every shot feel like you’re going into a museum of landscape paintings. It all starts with the opening sequence that follows a train robbery.

The lighting here gives the illusion of only being lit by lanterns, but of course, much like a painting, when looking closely at the shots, the light is generally much too strong for it to be just natural lighting. However, it is breathtaking to look at, and it creates a certain atmosphere that is carried all the way throughout the film.

It is especially the vast empty landscapes that capture the eyes of the viewer with a constant play between light and dark, snowy hills, lonesome people, and so on. The immense nature and stately pace of the visuals are almost comparable to a painting resembling the work of Caspar David Friedrich, only set in a different period, like a Victorian western.

Of course, it should also be mentioned that Deakins made use of a blurred effect around the edges of the frame in many of his shots, which creates a sort of hazy and almost dreamlike effect. This choice of his, which of course isn’t necessarily a known painting technique, does give a sense of something constructed and something deliberately created by an artist. 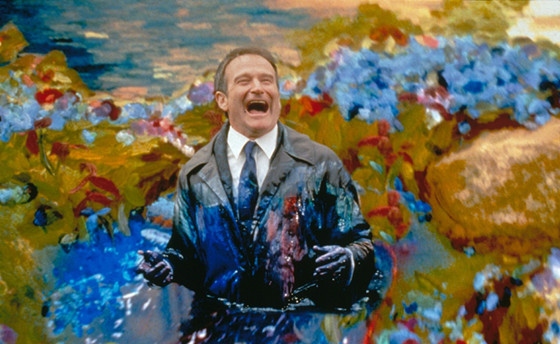 Certainly a different art style than the two previous titles, this film is the exploration of a dreamlike world, which works well with its fantasy-like genre. The film is all about imagination and the creation of different worlds as it explores the possibilities of an afterlife – both good and bad.

Comparable to paintings is of course, aside from the generally interesting visuals of the film throughout, the sequences in which the main character Chris occupies actual paintings. Here he is surrounded by worlds of art, whether it’d be beautiful Renaissance paintings or a darker Kokoschka-esque version of hell. In general, the film is a visual feast, and the idea of being transported into actual paintings is quite amusing.

Another martial arts film to make the list, although for different reasons this time. What’s immediately visually interesting about “Hero” is, of course, its use of colours. The film plays out its art with distinctly different colour schemes of black, red, golden yellow, blue, white, green, and then black again, which all connects the film’s story, emotions, themes, and meanings into one.

The resemblance to paintings in this film comes, for example, from the visual composition of scenes, Chinese landscape paintings replicated within the film, and the use of golden yellow which Christopher Doyle himself explained was inspired by Vincent van Gogh’s paintings.

And it is, of course, especially the use of colours as symbols and ways of interpreting different events that create atmosphere and emotion, much like the specific and deliberate use of colours in many paintings.

This film, right off the bat, has a more immediate connection with that of paintings, seeing as it follows the life of the famous artist J. M. W. Turner. However, it is in no way ‘just’ a film about the man and his life: it is in many ways also a visual interpretation of his paintings on screen.

From every location to the palette choices, you can tell that nothing in this film’s visuals are there by coincidence, and that a lot of work and studying of his art most certainly went into creating the film. It is, of course, the especially magnificent shots of nature with magnificent sunrises and harsh storms that stand out and resemble the landscape artist’s own paintings, but is also the immersion of the two periods in which the film takes place: Georgian and Victorian.