Epicurus, despite the reputations of epicures and Epicureans, for instance, believed sex could be the cause of dangerous obsession and its absence generated pain—sex should be avoided. And Arthur Schopenhauer viewed our instinct toward sex as blinding and getting in the way of truth. Friedrich Nietzsche had a different view, seeing philosophy as denying any thrill to life, and instead wanted a philosophy tied to health, physicality, art and triumph. (He was a great admirer of sex, if not a practitioner.)

Lars von Trier’s controversial film used the actors’ come-faces as advertisements but the film itself (released in two parts) is about Joe’s failure to find a sense of fulfilment signified by her inability to orgasm. Her quest is more than a physical addiction: there’s something almost theological about it. Sexual yearning is framed as an expression of incompleteness, hence Joe’s tragic and desperate pleading to her past lover Jerôme, “fill all my holes.”

The idea that the self is broken and needs another to find erotic fulfilment is explored in Plato’s Symposium and it is a theme also explored in German Romantic philosophy such as Hölderlin’s and Schelling’s analyses of the yearning, incomplete subject. The theological and aesthetic dimensions of Joe’s suffering are likened in the film to Odin hanging on the tree of life and her inability to achieve orgasm is compared to an incomplete polyphony. With references such as these, there is a strong sense that the film shares a German Romantic interest in the Empedoclean themes of love and strife.

Moreover, the film is structured around a dialogue between Joe and her new, apparently asexual friend, Seligman. Together they discuss philosophical issues such as whether a human being can be innately evil, or whether abortion is right, as well as examining the nature of sex and of humanity.

Although not necessarily a thriller, the film contains many tropes associated with the genre and directly appropriates thriller conventions in the opening and closing of the film.

The film expands on Bataille’s idea that an immoralist has a distinct sense of morality, a commitment to experiences beyond what society would sanction and thereby to defy social hypocrisy. This film, like Romance X and Nymphomaniac, isn’t exactly a thriller as such, but explores the ethics of sexual transgression.

Thought experiments are used by ethical philosophers to delineate moral and ethical concerns through imagined hypothetical scenarios. If framed as a thought experiment, It Follows asks whether one can risk the life of another for one’s prolonged safety.

The plot concerns a supernatural entity that follows a young-adult after sex and who is confronted with the unpalatable possibility that the only way to get rid of it is to sleep with another person. If she doesn’t sleep with another person and condemn him to her current fate, the supernatural entity will kill her. In this way, the film raises a fascinating ethical scenario as to whether it is right to risk another’s life to save one’s own.

The film also envisions fears around sex and the idea that there is some sort of traumatic, destructive, abject quality to sex that lurks in the human psyche. This dimension of the film almost invites a psychoanalytic reading. After all, the It of It Follows literally sexes one to death in an abject, bone-breaking way.

Trailblazing psychoanalyst Sabine Spielrein asked a brilliant question in her paper, Destruction as the Cause of Coming into Being. She pondered why if sex is so pleasurable is it such a taboo subject and so often repressed. What about our own desires challenge us to invent customs and rituals that reduce, or sacralize sex? She argued that our desire for sex was in fact a desire to cease to exist and so we repressed sex out of a sense of self-preservation.

Crash directed by David Cronenberg similarly examines the much-explored theme of the relationship between sex and death. The film concerns people who get-off on car accidents and who realise that the best way to achieve orgasm is to come closer to death. Hence Cronenberg’s film, an adaptation of J.G. Ballard’s novel of the same name, explores themes very similar to Spielrein’s work. Indeed, the character of Vaughan who loves to get into car accidents and bring like-minded people along for the ride/crash remarks that “there’s a benevolent psychopathology that beckons toward us.

For example, the car crash is a fertilising rather than a destructive event.” Spielrein herself suggested that self-dissolution could be framed as a yearning to return to the mother, expanding on the Oedipal complex. Interestingly, Cronenberg, who may not have been directly influenced by Spielrein for Crash, would directly feature Spielrein’s daring ideas in A Dangerous Method.

With terrific performances from James Spader and Deborah Kara Unger and a chilling portrayal of the sinister Vaughan by Elias Koteas, this film manages to be rather unsettling but also interesting on a conceptual level. Those who enjoyed the exploration of sadomasochism in Crash may also find Roman Polanksi’s Bitter Moon of interest or Venus in Fur.

Observing a woman and a man together in a park, Thomas snaps a picture. The woman featured in the photograph attempts to get the roll of film off him. When he blows up the film he discovers that behind a bush there is the hand of a corpse. He finds the corpse but when he goes back to the park to photograph it, the corpse is gone and he will never know the truth of what happened.

On some level, this film examines epistemological questions as to whether we ever really know the world and its workings or whether we are taken in by illusion, which is to say nothing of the existential questions that are so apparent in all of Antonioni’s most notable films. 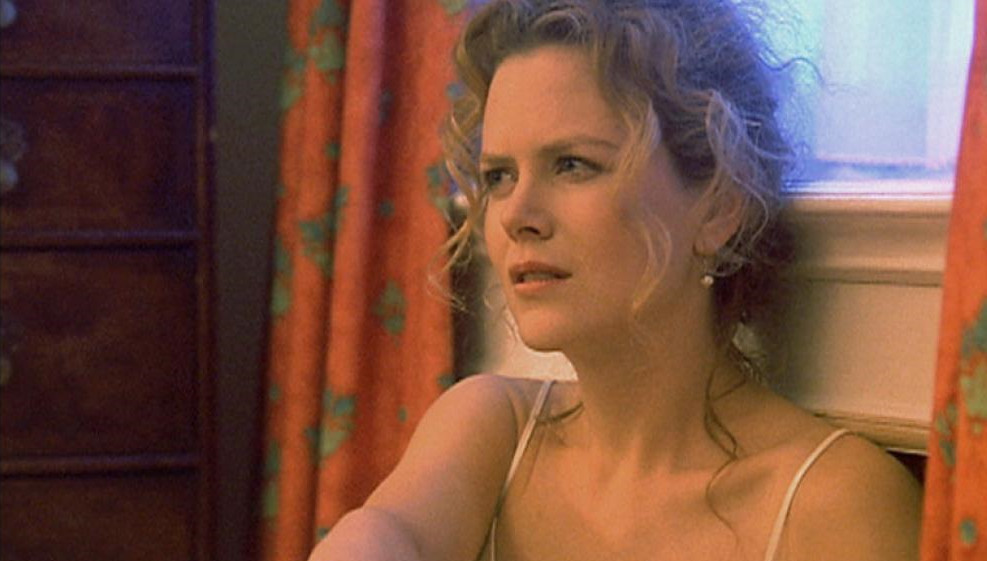