In an interview shortly after Boogie Nights was released, Paul Thomas Anderson was questioned about the film’s “tone shifts” between “dramatic and comic/parodic.” He responded, “Two of my favorite movies are F.W. Murnau’s Sunrise and Jonathan Demme’s Something Wild, what I call gearshift movies, that can change tones [snaps fingers] like that. I like to see that in movies because that’s what real life is like, and it’s also good storytelling.”

PTA’s coining of the “gearshift” movie, is what I now refer to movies that fit a similar description; there are tonal shifts and mood changes, there may be a major character death, the film may be narratively sprawling, and difficult to watch on a first viewing. Unlike most movies, the “gearshift” film doesn’t reveal everything about itself to you within the first few minutes.

We’re now seeing a mild resurgence of something that used to be a lot more commonplace; filmmakers taking unexpected chances. The 1940s gave audiences It’s a Wonderful Life (1946), and even an animated film switched gears, Bambi (1942). The line between comedy, happiness, and sadness was handled deftly. In the 1950s, The Searchers (1956) balanced the unlikely combination of goofy humour, racism, romance, and violence. And in the 70s, audiences were given perhaps the most ultimate “gearshift” films of all time: Deliverance (1972), and The Deer Hunter (1978).

To be clear, the “Gearshift” film is not the same as the “twist ending.” The difference is subtle, but very important. The “twist ending” happens at the end of a movie. The “gearshift” happens closer to the middle, when there’s still more to sit through, thus changing the DNA of the whole film.

The first major “gearshift” movie is arguably Psycho. Janet Leigh’s character is murdered 47 minutes in, with an hour still left in the movie. Hitchcock is obviously now known as the master of suspense and manipulation. But it’s easy to forget just how groundbreaking Psycho was. When the film was released, Hitchcock made a big deal about not spoiling the surprise for anyone. He also insisted that audiences only be permitted to watch the film from the start to the end.

It’s a bold move even by today’s standards: if you were late getting to the theatre, tough luck, you couldn’t see it. Hitchcock knew how important this was because Psycho was a new type of film. It went to a completely unexpected place, and in order to fully enjoy the ride, you had to allow yourself to be tricked. The film is a unique journey: just when you think you’re starting to grasp the world of the film, everything you know is changed.

Psycho was the first time the “gearshift” went mainstream, and it definitely wasn’t the last film to do so. The most recent example of a “gearshift” is Louis C.K.’s brilliant Horace & Pete. It’s truly unprecedented in the sense that there’s nothing else to compare it with; he self-funded the project, and then made a great amount of effort to bury it. During its initial release, there was no publicity or any form of promotion.

In an e-mail to subscribers of his newsletter, he merely said, “Hi there. Horace and Pete episode one is available for download. $5.” No summary, no promotional stills, no trailer. Nothing except the title of the show. The subject line of the e-mail read, “A brand new thing from Louis C.K.” If you were used to his e-mails, you might immediately think C.K. was promoting a new stand-up special. But Horace and Pete turned out to be a beautiful, moving, tragic series in the style of a BBC drama. Every week a new episode would be released in this manner, and no one had any idea what to expect.

When asked why he chose to release the show in this way, C.K. mentioned the fact that a lot of things are over-promoted, and by the time you sit down to watch whatever it is, you aren’t surprised by anything. When released the way C.K. did, it allows the viewer to have a different relationship with the work. In an interview with Marc Maron, C.K. remarked, “No one will ever get to experience it that way again,” (paraphrased from episode #700 of the WTF Podcast).

This type of “gearshift” is what I like to think of as a “game changer.” The film itself doesn’t necessarily have gearshift characteristics (although it might), but it still plays with audience expectations. The Hitchcockian manipulation is there somewhat.

Another example of the “game changer gearshift” would be Alex Ross Perry’s Listen Up Philip (2014). In an interview, Perry commented he knew what he was doing by casting Jason Schwartzman as a writer. Audiences have come to expect him as a usually endearing guy in movies, and the portrayal of writers in independent film has the tendency to be a little too cute. In Listen Up Philip, however, audiences get none of that.

The life of a writer is not romanticized, and Philip is a total jerk. You can’t really put the film in a box as a cute little “film festival crowd pleaser” people are familiar with, and as a result it becomes a lot more effective. Another film released in the past few years to do this, maybe a little too obviously, is The Comedy (2012). Well known comedians are used for the sole purpose of playing against their personalities.

Here is a list of films (in no particular order) that can be considered “gearshift” movies. Some are well known, and the others are overlooked or underrated. 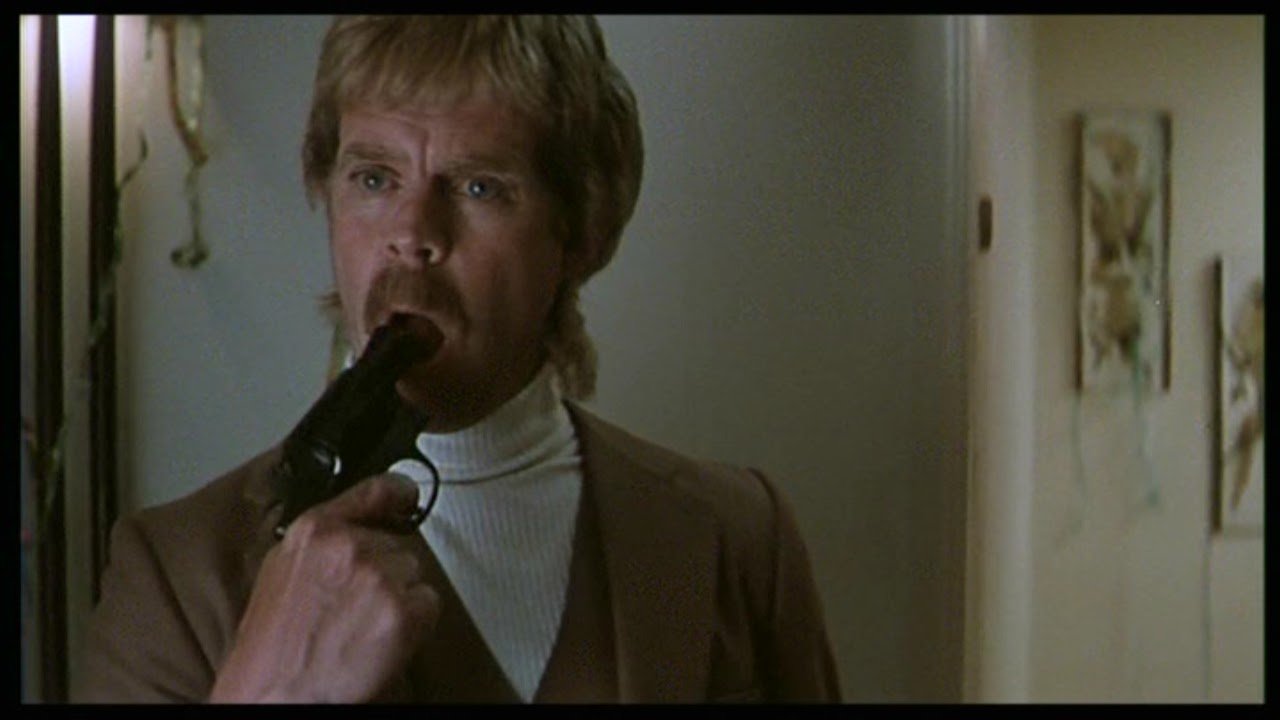 William H. Macy’s character shoots his wife, a man she’s having an affair with, and then himself. In a DVD commentary, Paul Thomas Anderson commented, “And they weren’t laughing, and they weren’t cheering, and it was dead silence, and I thought, ‘Okay. Good. I’ve done my job okay.’”

After this scene, it’s the 80s, and the film gets further away from Dazed and Confused into Goodfellas territory. The characters all have depressing lows, and we’re with them as they each hit rock bottom. Dirk Diggler (Mark Wahlberg) realizes he isn’t the star he thought he was. He learns he can easily be replaced, develops a drug habit, and starts directing his efforts in the wrong places. 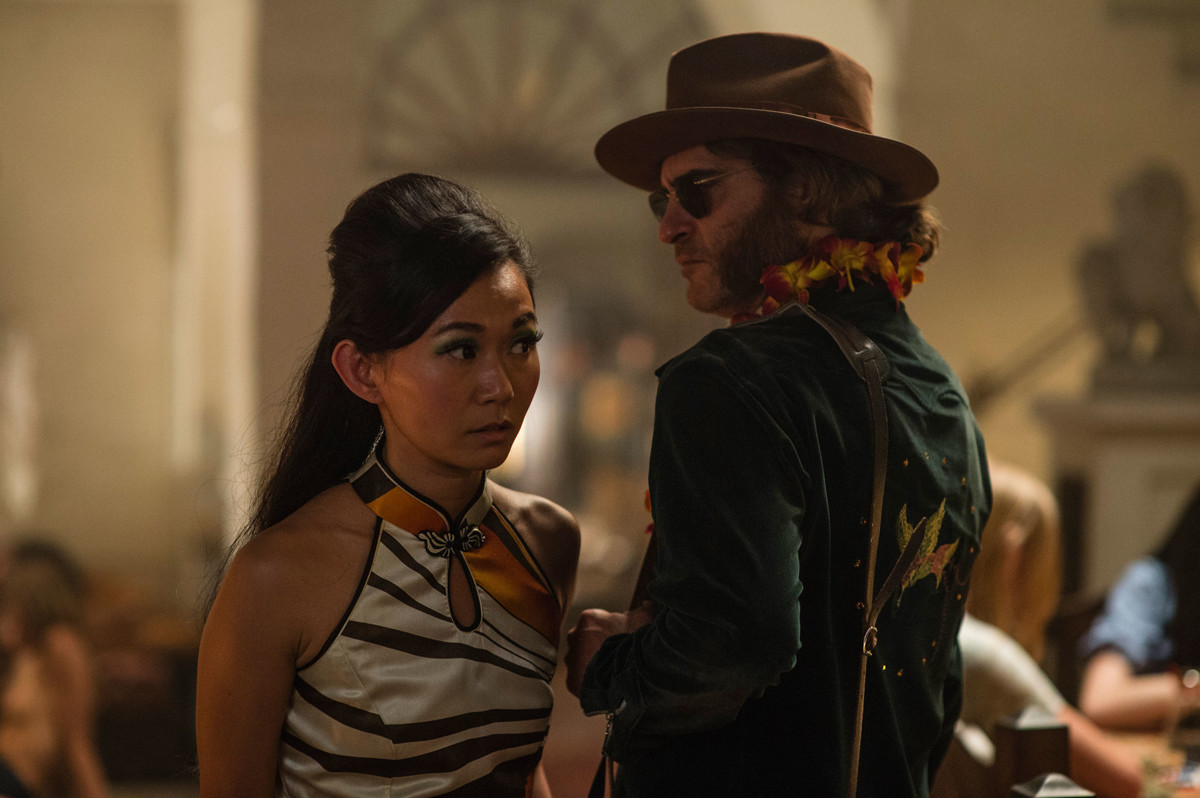 The most perfect example of a film you can’t put in a box: Inherent Vice. Paul Thomas Anderson returned to his love of the “gearshift” film, by taking it to an extreme. This is a film that feels like the mind of its protagonist: it’s addled and confused in the best possible way. The movie goes on tangents, takes left turns, maybe comes back to them, maybe it doesn’t. Don’t frustrate yourself trying to follow it, because the plot itself isn’t the most important aspect of the film.

It’s a lot to ask a modern filmgoer, but the point of the movie is to allow yourself to marvel in the experience, like Doc Sportello (Joaquin Phoenix). I’ve seen this movie 6 times now, and it still surprises me. There isn’t even a specific moment the movie changes gears, because the whole movie is a blur. Is it a crime film? A comedy? And why is there violence all of a sudden? “Don’t worry, thinking comes later,” as Doc says. 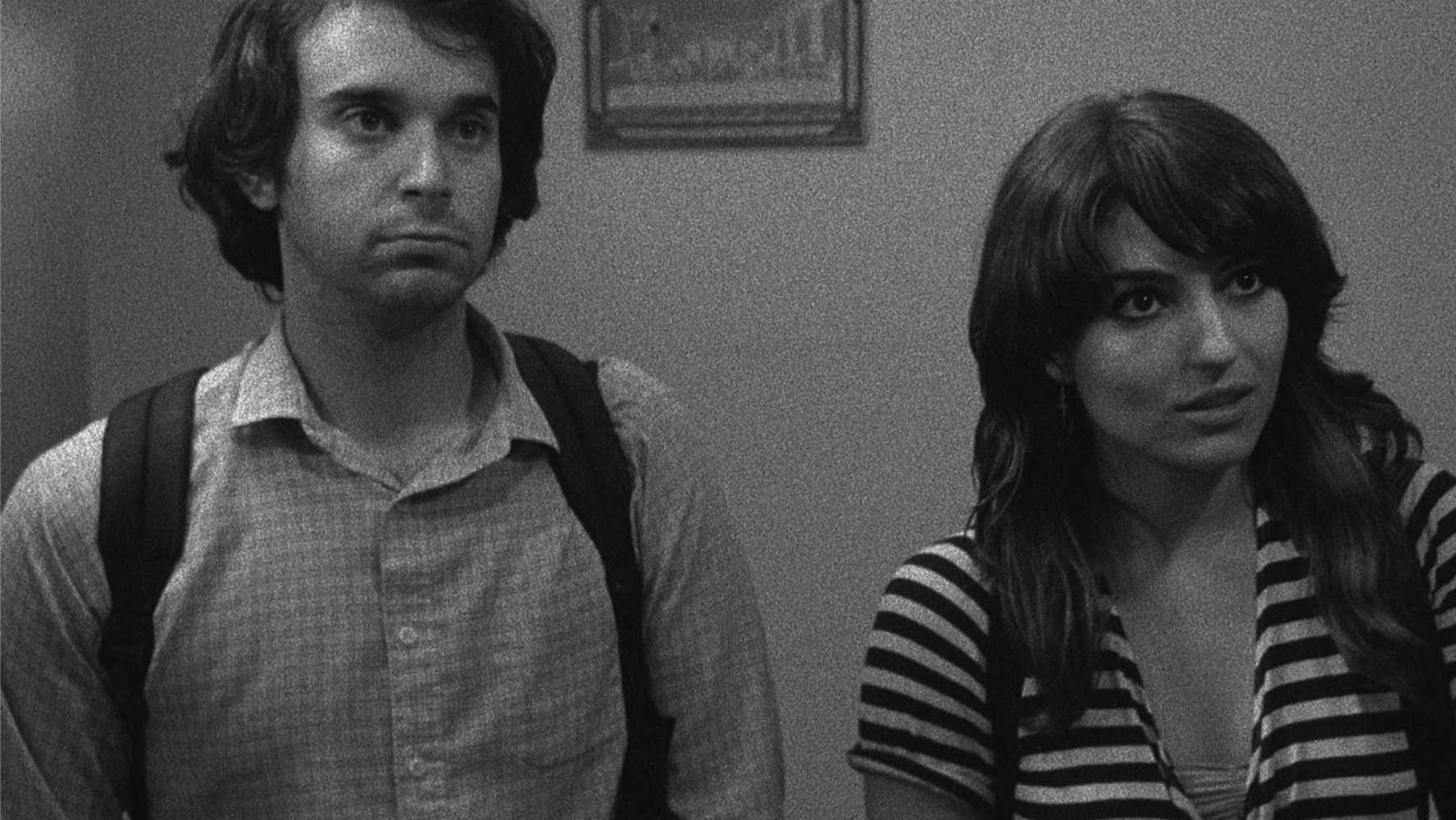 A lot has been said about the ending of this film. It’s almost the only thing people talk about: there is incest between two siblings that happens near the end of the film. The Color Wheel borders on being merely a “twist ending” type of film, but what qualifies it as a “gearshift” is how Perry has cleverly devised it.

It isn’t just an abrupt moment that ruins the movie because he couldn’t think of a better way to end it. Instead, the movie plays on our expectations the entire time by pretending to be a completely different type of movie: a comedy with miserable people. The ingredients were there the whole time, we just didn’t know it.

The Color Wheel’s main characters are two people that don’t get along, and can’t seem to stop bantering. They speak in rapid-fire dialogue that would feel right at home in a different screwball comedy. But this isn’t your typical comedy.

When the characters eventually make their final transgression, it finally makes sense. All of the talking comes to a halt, and Perry makes the choice of presenting this in an uncomfortable long take. It’s one of the most sly gearshifts in cinema to date. 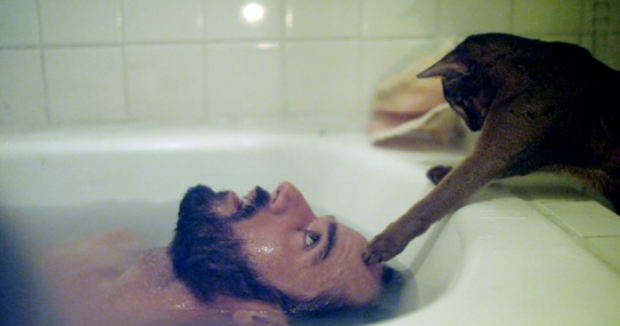 This movie is similar to The Color Wheel in that it does something the entire running time you’re not entirely sure of. It juggles tones throughout the majority of the film: it’s a dramedy that feels like it might be Broad City or High Maintenance with serious undertones, which would be enjoyable enough. But in a scene that is gradually escalated, the film goes from “young people in New York” to the “I shot Marvin in the face,” scene in Pulp Fiction. They have a violent encounter with an antagonist that results in chaos and profound regret.

Although there were dramatic elements earlier – Kristen Wiig plays a woman struggling to get pregnant – the presence of humour was always there. In the film’s climactic scene, it has a gritty realism: suddenly these funny young characters are faced with tragedy, and they’re forced to take it 100% seriously.

The mood becomes wholly somber. The film is then stripped of any shred of comedy there was before. When you get to the end, it becomes clear the film has been successfully subverting your expectations the entire time. 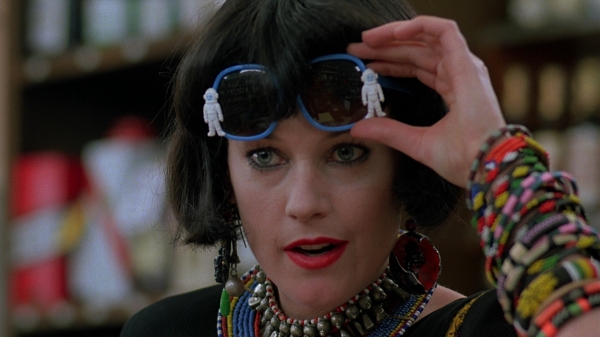 Something Wild is what you get when you take the average romantic comedy, and replace the characters with people who are a little more complex. Jeff Daniels plays Charlie, a businessman with a hidden wild side, and Melanie Griffith plays Lulu, an alcoholic woman that thrives on adventure. When Charlie and Lulu meet, they spend the day drinking and having a carefree time. Lulu gets Charlie out of his shell for the film’s first half as reggae tunes blare out of a convertible they drive around in.

The gearshift in this film occurs in the third act, when we have almost forgotten about a third cast member promised in the opening credits. Just as things are going smoothly for Charlie and Lulu, Ray Liotta appears, playing Lulu’s psychopathic ex-boyfriend, Ray Sinclair. He’s determined to get Lulu back regardless of where she is in her life.

His appearance in the movie brings an unsettling feeling to what was just a typical romantic comedy moments before, causing the film to veer off into scary, and violent paths. His controlling behaviour leaves Charlie with no other option; the two have a shocking fight with devastating consequences. Shortly after this brush with darkness, the film returns to its previously uplifting road-movie mood, concluding with an absurdly charming ending credits sequence that feels like the last third of the movie never happened.