It’s simple – we always root for the good guys and dislike the bad guys. But hang on, do we? Actually it’s not that simple and more than ever, audiences are finding themselves rooting for and supporting the bad guys, the villains, and the antagonists. But what is it that so attracts us to the dark side? (Darth Vader would be so proud).

Could it be that we are able to look past the villainous nature of the bad guys and instead focus on their better points? I mean think about it, villains have a lot going for them.

Firstly villains really devote themselves to a cause. They are passionate like no one’s business and being passionate is an admirable quality. They are often a harsh look into the truth of human nature and they don’t shy away from the fact that humans are inherently flawed, causing us to confront the uncomfortable truth about ourselves.

Or could it simply be that the bad guys are more interesting? Whatever the reason is there are a plethora of bad guys that we ultimately end up rooting for. This list looks at ten of those guys.

Please note that there are spoilers throughout.

This British satirical dark comedy film was written and directed by Chris Morris in his directorial debut. It follows a group of young radicalised Muslim men who aspire to be suicide bombers.

After a brief but unsuccessful run at a Pakistani training camp and an inept plan to train birds to carry bombs, the group decide to conceive a plan that will culminate in them bombing the London Marathon. The film was a moderate box office success, performing best in the U.K and was praised critically.

It is a safe bet to say that no one ever finds themselves rooting for the terrorists. And so it is a strange and uncomfortable feeling when you find yourself doing exactly that whilst watching Four Lions. Thankfully this is due to Chris Morris’ brilliant script and characters (at least let’s hope it is, otherwise it might be time to have a serious look at yourself). Four Lions is a whip smart comedy that turns fanaticism on its head, inviting you to laugh at its absurdity.

The characters are so inept and so useless that even though you don’t want them to succeed in their ultimate plan to bomb the London Marathon – you do want them to succeed in something and you can’t help but root for them. These suicide bombers are not to be hated or feared but rather to be scorned at. Yet that scorn is cheerful, and Four Lions gives you a set of bumbling villains that certainly don’t invoke terror in any sense of the word. 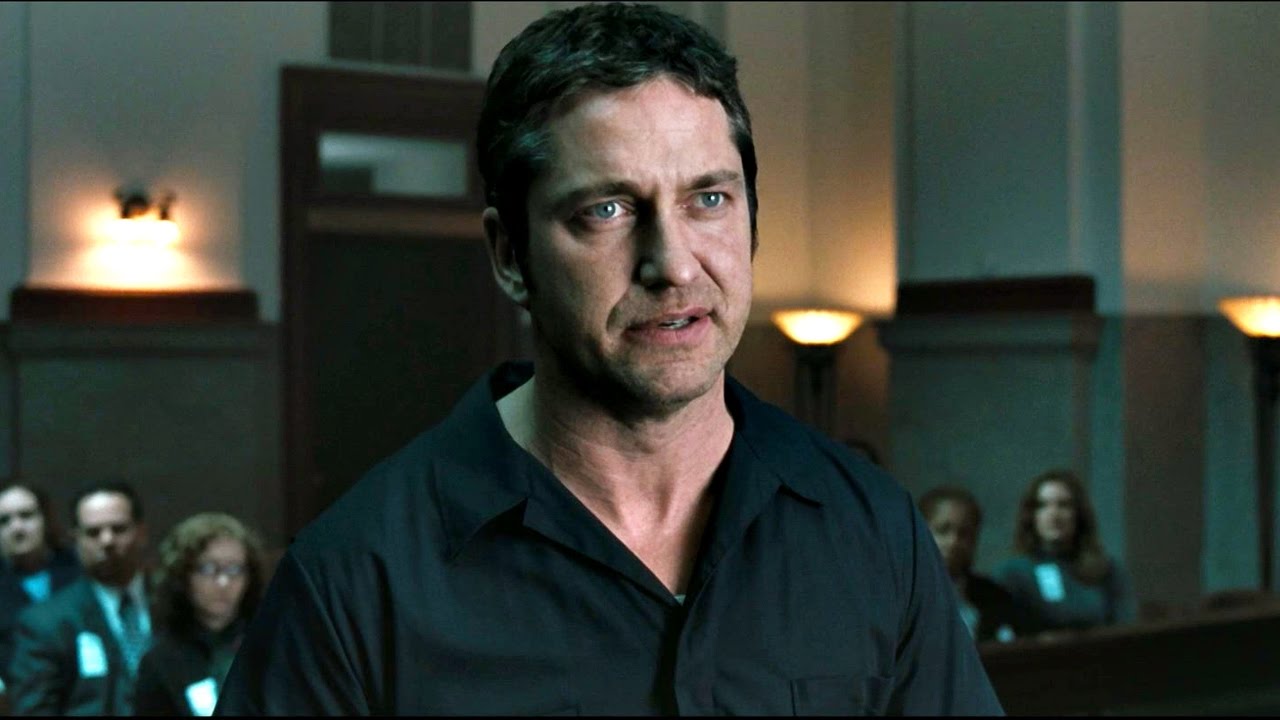 After Clyde Shelton’s family are brutally murdered in a home invasion in front of him, Shelton pins his hopes on justice being served for his family. However rising prosecutor Nick Rice cuts a deal with one of the killers in exchange for testimony instead.

Years later the man is found dead and Shelton confesses to killing him. Shelton then begins a quest for justice, targeting not only the killers of his family but also anyone who has supported the corrupt criminal justice system. Law Abiding Citizen performed moderately well at the box office but was poorly received by critics.

Can we just give Clyde Shelton a bit of a break please? Not only does he have to suffer the absolute horror and heartbreak of losing his family in the worst way possible but he is also let down by the very system that was supposed to punish those who committed the heinous act. So when his last hope of justice is snatched away from him, what else is supposed to do but become a bad guy?!

Ok fair enough, there is never any justification for killing, maiming and going on a crime spree. However in the case of Law Abiding Citizen, it is not unusual to find that many audience members are sympathetic to Shelton and cannot help but root for him to get his justice. Or his vengeance.

The Usual Suspects follows the interrogation of Roger ‘Verbal’ Kint who is a witness of a massacre and fire on a ship that is docked at the Port of Los Angeles. Kint tells an increasingly convoluted and complex story about the events leading up to the fire and massacre, and about a mysterious mob boss called Keyser Soze who commissioned it.

The film was well received and has since gone on to become a cult film. It is regularly listed on ‘best film’ lists and was ranked as one of the best screenplays of all time by the Writer’s Guild of America.

“The greatest trick the Devil ever pulled was convincing the world he didn’t exist.” Keyser Soze has been placed on various best villain lists throughout the years and has a place in film history due to his villainous nature. However what is great about Keyser Soze is that some audiences are not even convinced that he exists.

Everything about him is ambiguous and so this also lets the audience decide where he sits on the evil scale – 1 being not that evil and 10 being a super villain. With this in mind, it is understandable that audiences end up rooting for him. When you are given the choice to decide how bad the bad guy really is, it makes it all the more fun especially when he is as clever and manipulative as the infamous Keyser Soze.

A remake of the 1932 film of the same name, Scarface was written by Oliver Stone and directed by Brian Palma. Scarface tells the story of Cuban refugee Tony Montana who stakes a claim in a drug cartel and eventually becomes the biggest drug lord in Miami, brutally murdering anyone in gets in his way.

Although a financial success when it was first released, Scarface was widely criticised as being too violent, having too much profanity, and being too graphic. However in the years since its release, it has become extensively referenced in popular culture and has been reappraised as one of the best mob films of all time.

It has been previously discussed how villains really devote themselves to a cause, a quality that is usually seen as quite admirable. And there is no one more devoted to his cause than Tony Montana.

Determined to turn his life from one of poverty to one of success, you could argue that Tony Montana has the quintessential rags to riches story – and we can all get behind that right?! Not only that but his passion is unrivalled and he dares to say what many are thinking, which is that the world needs a bad guy in order to make themselves look better.

We’ll try to forget that he is also a brutal and unrelenting killer…still you cannot help but root for him in his quest to become Miami’s biggest drug lord. And when he is finally taken down in the final scenes of the film, there is a feeling of disappointment that his tyrannical reign is finally over.

Ocean’s Eleven is a remake of the 1960 Rat Pack film of the same name and follows charismatic Danny Ocean who after his release from prison decides to put together a team in order to pull off the biggest and most elaborate heist of all time.

Ocean’s Eleven was a financial and critical success, and was one of the highest grossing films of 2001. It has since spawned two sequels and an all-female spin-off which is due to be released later this year.

Take an ensemble cast of some of Hollywood’s most popular actors, put them in a film, and make their characters suave, charismatic and charming – and without doing anything, the audience is probably already rooting for them.

The fact that their characters are con men and criminals is immediately negated by the above. Ocean’s Eleven is slightly unique in the fact that every character in it is essentially a bad un, so it makes sense that the audience ends up rooting for the bad guy – otherwise who else is left?! But that is also what makes Ocean’s Eleven so fun to watch, you can leave your morals at the door and hope that the bad guys pull off an incredible heist to rip off the other bad guys.

647
SHARES
FacebookTwitterSubscribe
Subscribe via Email or RSS Feed
Pages: 1 2
Comments (20)
Great Movies Where We Root For The Bad Guy