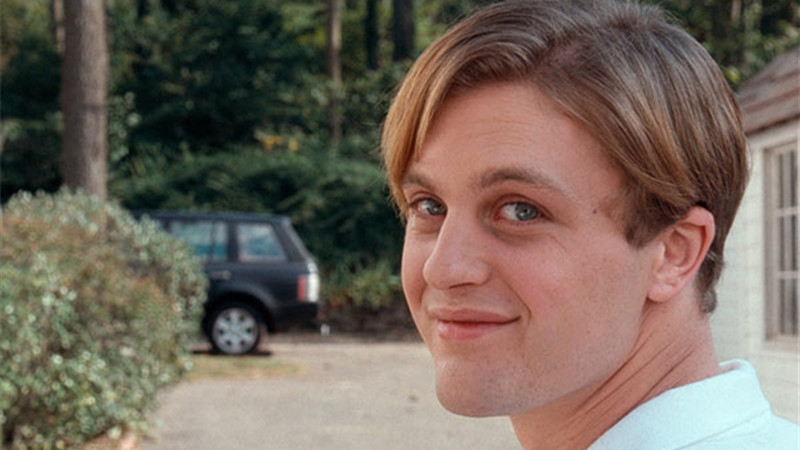 Different films represent different moods. We can watch a comedy when we’re depressed, or we can watch our favourite arthouse film when we feel like thinking a little more deeply.

Certain films are great for alleviating anger: it’s arguably why films like the action movie or the gangster film have persisted. It gives the viewer a great 2 hours to vicariously live through another character’s life, and do things the average person would never be able to get away with.

Then there is another type of film, the movie that actually makes us angry. For whatever reason, these are movies that may be so upsetting you can only watch them once in a blue moon.

Here are 10 great films that will make you angry.

Falling Down is being included in this list as a sort of therapy: it’s a great film to watch when you’re angry at the world. The film is essentially about one man’s bad day (played by Michael Douglas), and how he reaches his breaking point. Along the way he comments on life and society at large.

Although the main character isn’t a “good guy,” there is something genuinely satisfying about watching him navigate through the world. Falling Down can be officially classified as a drama/thriller, but during the scenes where Douglas’ character is lashing out at various people, they almost play comedically.

For example, when he lashes out at fast food employees for not serving breakfast past 11:30, Adam Sandler’s character does a similar thing in the comedy movie Big Daddy. That is where the similarities end: Falling Down takes the more dramatic approach to a man reaching his breaking point, and he eventually becomes the villain of the story.

As its title suggests, this film is somewhat difficult to watch. Thriller: A Cruel Picture is a work of exploitation designed to upset you initially. There is no middle ground with this film; it tries to communicate its ideas quickly by going for the extreme. It’s about a young woman who has a very rough life: she is assaulted as a child, loses her ability to speak, and when she grows up she is forced into heroin addiction and prostitution.

The only reason why Thriller: A Cruel Picture is redeeming is because it’s a “rape revenge” movie. It’s an incendiary film that is constantly daring you to stop watching: in the uncut version of the film the filmmakers go as far as intercutting real pornography to give the illusion that the main character is really being sexually abused.

However, the main character’s recurring misfortune pays off by the end when she finally gets her revenge. In order to have the payoff, the filmmakers first go to extreme lengths to upset you.

Gaspar Noe is a filmmaker that loves to make abrasive films, and his first feature length film set the tone for what would be a bold filmography. I Stand Alone is about an angry butcher who uses almost every second of the film’s lean 92-minute running time to vent his frustrations about life.

The film is designed to upset you wall-to-wall; from the main character’s anger, to his behaviour, to the film’s climax. It’s one of those movies that is so bleak you shouldn’t watch it at the wrong time in your life.

I Stand Alone is so dark and nihilistic, Noe inserts a warning title card near the end of the film giving the viewer the chance to stop watching before it gets even worse. This device was borrowed from an older film called Homicidal (1961), but when Noe uses it we feel genuinely unsure of what he has in store for us.

Goodbye Uncle Tom is one of those films you can’t really believe exists. It’s about a pair of filmmakers who time travel back to the period of slavery in order to make a documentary. The summary of the film alone is insane.

This film is infuriating for a couple of reasons. First of all: it is problematic to make a film about slavery under the genre of “exploitation” cinema. The concept of slavery is bad enough already; it doesn’t need a grindhouse film to exploit it any further. Secondly, this film was originally released under the guise of being a “documentary,” like the filmmakers’ previous works were (Mondo Cane, and Africa Addio).

By purporting to be a documentary and simultaneously being an exploitation film, Goodbye Uncle Tom stumbles. It is maddening to see reenactments in an exploitation film like this one: they go past the educational aspect, entering the territory of cruelty. However, that’s also what makes such a flagrant film like this one so effective: filmmakers Jacopetti and Prosperi successfully manipulate one of the worst periods of human history to make a truly shocking film.

The Accused is a deeply upsetting film about a gang rape, and the ensuing courtroom case that follows. It’s notable for being one of the first major Hollywood films to realistically depict the awfulness that is sexual assault. The brutal rape scene that is the centerpiece of the film is very frustrating, and a very powerful moment.

What is especially notable about The Accused is that it’s loosely based on a true story; it’s not a fictional exploitative story created for the purpose of making a hard-hitting dramatic film. It’s a real unfortunate experience that happens all the time. As a side note: Jodie Foster’s performance in The Accused earned her an Oscar.