Cannes is a prestigious film festival and the Palme d’Or its most prized award; perhaps the most coveted award in world cinema, for those not of an Academy Award persuasion. Each year, acclaimed auteurs line up with their films to compete, and many have rightly been rewarded for their work.

That’s not to say that the jury are always correct in their final decisions, however. Several times they’ve surprised with their choice, an outright favourite ignored, or a presumed outsider picked. This list, then, considers 10 years when the Palme d’Or went to the wrong film, when a far superior choice was waiting to be crowned.

La Haine and Undeground were similar in some small respects: both took important social issues and raised awareness of them, in their own inimitable style. Mathieu Kassovitz, however, was far more successful in his execution.

La Haine was a punchy, forceful drama, a film that hit between the nose and didn’t wait for you to get up. Shot in stark black-and-white, this was a Paris socially and economically a completely different world to another famous film Kassovitz was involved in, Amelie (2001).

There was no colour, no vibrancy, only tension and violence. When the film was released, its impact was so great that Kassovitz and his leading man Vincent Cassel were catapulted to cinematic stardom; neither have left the French or worldwide scene since.

The film was so vital in showing another side to the City of Lights, the poor, multiracial communities suffering quietly under anger, frustration, persecution, and ennui. The greatness of La Haine, however, comes from Kassovitz’s ability to find traces of humanity in every corner of his film.

Whether it be a sympathetic policeman or a frail, old man they meet, everyone has their story and no one is a cipher. Emil Kusturica’s work, in comparison, was too overdrawn and overwrought to have the same instant impact as La Haine.

Underground is mounted as a tragicomedy, bordering on farce, which has its unique advantages in portraying a despicable war, but it’s often too broad to be properly impactful. Kusturica has important points to make but his anti-war parable is too laboured in arriving at these.

The surreal vision of his film can be overwhelming, just too bizarre, and certainly the three hour running time will be too much for some to contemplate. Being concise isn’t always a virtue, but Kassovitz certainly knew when it was.

Perhaps the closest call on this list, the Coen brothers’ Fargo ultimately should have won over its counterpart through its sheer cinematic quality. Seeing the film for the first time is to witness an immense moulding of direction, acting, writing, and cinematography; everything is as it should be and an entire cinematic world is the better for it.

It functions as a satire, comedy, violent thriller, and suspense film; this little space of the frigid North American landscape becomes the setting for a cinematic love letter. This tale of crime in North Dakota transcends its meagre locale to become an enriching experience.

It was the Coen brothers’ best film by that point – perhaps never topped – and holds career-defining performances from Frances McDormand and Willem H. Macy. Fargo is a film so well-observed as to be near-perfect.

Mike Leigh won that year for Secrets and Lies, an undeniably great film, but it never reaches the level of Fargo. It’s not even Leigh’s best film, given his excellent Naked and Vera Drake.

It’s a great human story, a film about real lives, but it just functions as a well-produced realistic drama. For the effect it had on a whole countries’ cinema, in the 1990’s, Fargo deserved the Palme d’Or, its legacy definitively surpassing Leigh’s effort.

That a film which regularly tops polls and lists of the greatest films of the 21st century (including the BBC’s version) lost the Palme d’Or seems like a breathtaking oversight. Wong Kar-Wai had been a darling of the arthouse scene for over a decade when he made his masterpiece.

In the Mood for Love aches with love and craft in every frame, in one of the most elegant works of all time. The greatness lies in the eroticism in the lack of physicality; it’s the yearning of the two main characters, Chow and Su, that attracts the audience, and them to each other.

Kar-Wai’s glaring camera is the filter for the relationship, capturing each longing glance, each quiet moment of tenderness. We never see the cheating spouses, keeping the new lovers at the centre of attention. Kar-Wai isn’t interested in melodrama or fighting, merely silent love.

In the Mood for Love was such a departure from Kar-Wai’s idiosyncratic kinetic style of the 1990’s that its excellence is even more pronounced: it stands out not only in his singular filmography but in recent cinematic history too.

Dancer in the Dark, conversely, has all von Trier’s trademarks, full of dark tragedy and intelligent drama. Fronted by a surprising performance by musician Bjork, she plays a struggling immigrant factory worker who uses her love of Hollywood musical to escape her dreary existence.

The narrative leans toward the bizarre and sensational a little too easily, but there’s enough surreality and cleverness to make it work. Lars von Trier’s film which overcame it isn’t necessarily an unfair winner, for Dancer in the Dark is a strong film; it’s just not a classic in the way Kar-Wai’s picture is. 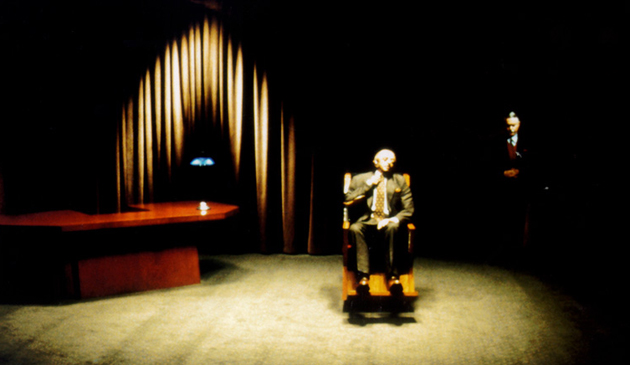 Like In the Mood for Love, Mulholland Drive is ubiquitous in best-of lists and rightly so. David Lynch’s confirmed masterpiece, it’s a film that has to be witnessed once, watched again, understood never. Its beauty is in its mysteriousness, and is an incredible experiment in surrealism by its creator. It takes in a dizzying array of genres – from film noir, to absurdity, to thriller, to romantic drama – and is simply a spellbinding watch.

Mulholland Drive’s storyline doesn’t allow for succinct explanation and is better left to first viewing to unfold on its own, but a rough outline is as follows: Betty is a naive young woman, newly arrived in town to stay in her absent Aunt’s apartment and try and make it in Hollywood; Rita is a pretty brunette who is nearly murdered when she miraculously escapes and is found in the apartment when Betty first arrives. Together, they try and piece Rita’s life back together, as the audience does with the film as a whole. It’s a hypnotic mess, certainly, but one worth witnessing.

Nanni Moretti’s smaller Italian film The Son’s Room was granted the Palme d’Or in 2001 but hasn’t had anywhere near the lasting effect that Lynch’s film has enjoyed with cinephiles. It follows a psychoanalyst, Giovanni, when his happy family life is shattered when his son tragically dies in a diving accident. It’s a solid character study, never too sentimental or self-indulgent, but doesn’t rise above that.

Roman Polanski won in 2003 for The Pianist, a highly acclaimed film anchored by Adrian Brody’s moving central performance as concert pianist Wladyslaw Szpilman, a Polish Jew who evaded imprisonment in the Warsaw ghetto.

It was a unanimous favourite, another Holocaust drama but presented so simply and sweetly that it didn’t feel forced or mawkish; it didn’t feel as dramatic or as huge as Steven Spielberg’s Schindler’s List (1993) but far more intimate. The smallness of the production brings minor issues, however, including the pacing, which often feels too slow and there is a lack of true dramatic tension.

In terms of cinematic ingenuity and achievement, Alexander Sokurov should’ve triumphed with the unique Russian Ark. A logistical nightmare somehow realised on the big screen, the full film unfolds in one unbroken, single shot, moving around the glorious Hermitage museum in St Petersburg.

The viewer is completely at the mercy of the camera and the experience, following through corridors and exhibition rooms encountering Russian history. The cinematographer Tilman Buttner had to carry a special Steadicam to record it all and the result is a mostly fluid epic completely untarnished by special effects.

Despite months of rehearsal time, Sokurov was only granted a limited amount of hours in the museum itself, making the final film even more astounding. Russian Ark is filmmaking on a grand and ambitious scale and its scope deserved to be recognised by Cannes.

383
SHARES
FacebookTwitterSubscribe
Subscribe via Email or RSS Feed
Pages: 1 2
Comments (12)
Great Movies That Should Have Won The Palme d'Or