The history of film theory can often be reduced to pairs of antagonist schools of thought. The majority of theses concerning the actor – the living element of creation that is common to most fiction films, no matter how disparate those are in terms of style or purpose – can also be broadly assigned to one of two major conceptual categories.

These categories both have a cardinal figurehead: for the first one, Russian theatre director Konstantin Stanislavski, whose writings encapsulated and answered all preoccupations about falsehood and stiffness in acting, and for the second one French director Robert Bresson, who advocated the use of a “model” instead of an actor. The distinction was slight, but crucial: the actor internalized and interpreted the director’s indications, while the model externalized, had no filter, was pure matter.

These distinctions regarding the perception of the actor’s function are of course more deeply rooted: two philosophies of cinema confront each other through them. However, as in every opposition that ever left its seal on film theory, there were times when the two currents, hostile at first glance, were reconciled.

This time, it happened through a performance resembling more a tightrope walker’s than an artist’s. Patrick Deware took on such a role in Alain Corneau’s pitch black comedy “Série Noire”, in which he interpreted a petty criminal turned murderer out of love as much as out of greed.

The performance is immense because the actor’s prodigious intensity and his total gift of self sometimes border on their very opposite, namely disincarnation and a sort of animality which excludes all form of deep interior life. At times, Deware conjures both Bresson and Stanislavski, while at others he rejects them vigorously, writing his own theory on film acting as he plays.

7. Can a film equal the literary work it was adapted from? – Vale Abraão (Manoel de Oliveira, 1993) 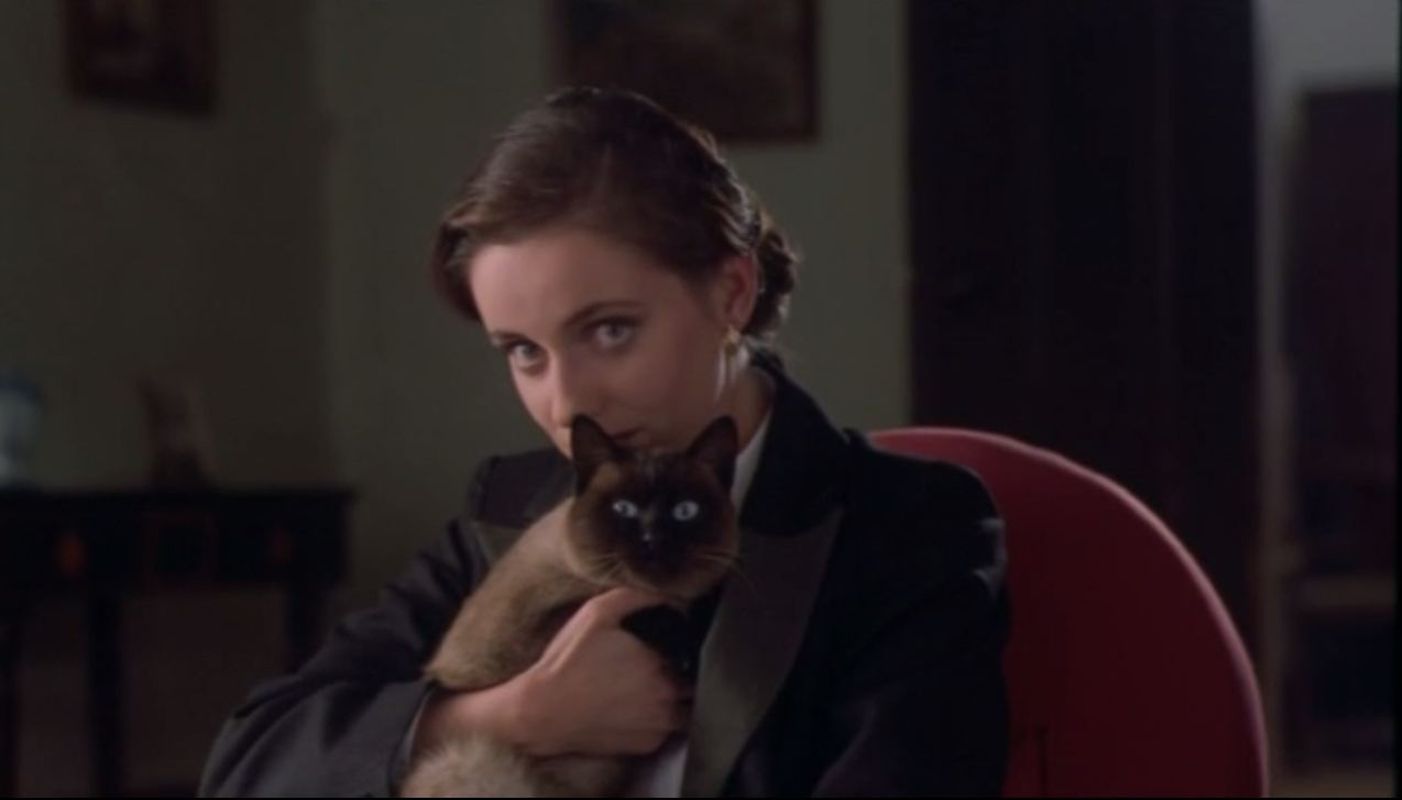 Another solution that was brought forward to cinema’s lack of credibility as an art was adapting prestigious literary works. Among the first companies in the world to step into the breach this suggestion had opened up was France’s Le Film d’Art, which specialized in features that held some kind of cultural significance.

The idea was generally well-received, but when watching a film like Andre Calmettes’ “L’assassinat du Duc de Guise” – Le Film d’Art’s first triumph – one cannot help but notice that what one has under one’s eyes is filmed theatre (with one notable exception: the way in which the director used the camera’s unique point of view in reference to blocking).

Step by step, cinema put distance between itself and other narrative arts, sometimes even by rejecting storytelling altogether. However, most cinematic avant-garde spearheads made a literary adaptation at least once in the course of their careers, demonstrating that the two mediums were inextricably linked.

Linked as they may be, they cannot compete on the same grounds. Literature has the advantage of amplitude, of effortlessly rendering introspection, of putting words onto emotions; cinema, on the other hand, describes the exterior aspects of things with an economy of means that the written word could never achieve and is instantly sensuous – and therefore more readily gratifying.

A literary adaptation that is conscious of its limitations as well as of its assets is Portuguese film-maker Manoel de Oliveira’s reinterpretation of Gustave Flaubert’s classic “Madame Bovary”.

It would have been folly to hope to capture Baudelaire’s entire tapestry of human vanities and treason to de Oliveira’s fundamentally elliptic style. Instead, the director opted for a version of the story that was stripped to its bare bones and replaced its original intricate psychological development with successive layers of cottony atmosphere, of delicate innuendos and of serpentine progression of danger. 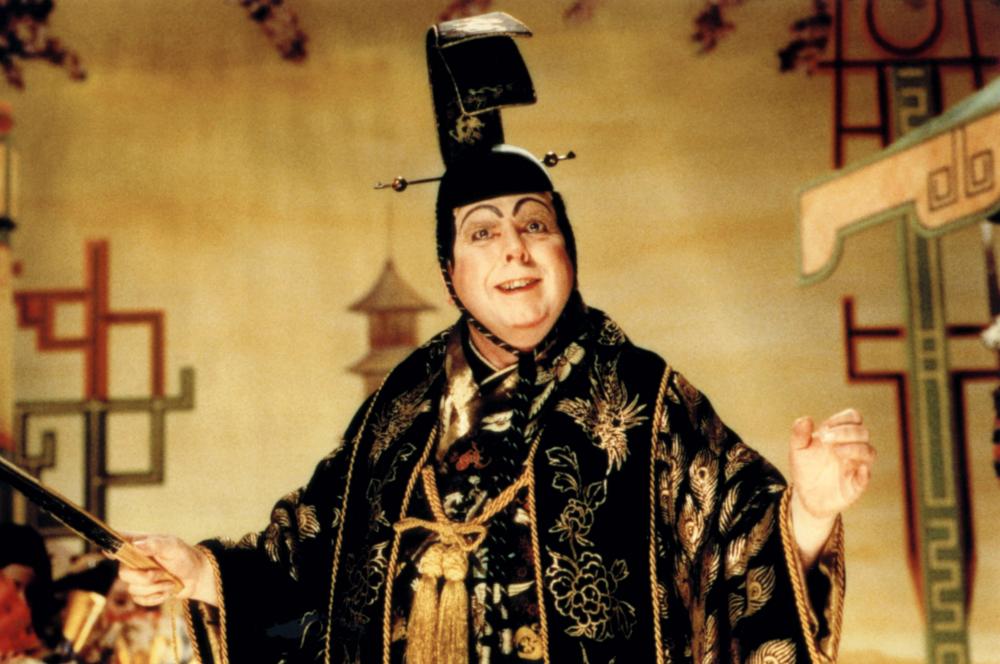 Cinema is the last form of art to have been invented that is neither exclusively defined by its medium nor hybrid (as are the so-called eighth and ninth art, television and comic strips).

After decades of struggling for recognition, cinema experienced a reversal of fortune that saw its status of newest art form change from plight to blessing. Voices claimed that cinema was at the top of the pyramid because it included visual, kinetic as well as auditory arts, while simultaneously managing to develop its own system of signs.

Despite a number of sensible amendments that were brought against it, this argument has cut his path towards collective imagination. It also explains why cinema is not a divisive art (form-wise, not content-wise): there is something in it for everyone. At its basis, there is of course emotion-oriented story-telling; therefore, film-makers who abhorred the cohesive nature of cinema and who intended it to work as a shock-wave often undermined narrative.

Cinema is not an impervious system; it is entirely soaked in the cultural, social and economic environment that produces it. It often shines in its brightest light when portraying the condition of the artist. Many films feast upon the biography of renowned artistic figures or, contrastingly, set out to unearth forgotten names and oeuvres; these artists’ works determine the rhythm or the visual outline of the respective films.

Few films, however, do so as gleefully and as pleasurably as Mike Leigh’s “Topsy-Turvy”. Titles as diverse as Milos Forman’s “Amadeus” or Andrei Tarkovski’s “Andrei Rublev” suggest that being an artist is a wild ride between torment and transcendence, but the British master’s take on the genesis of Victorian duo Gilbert and Sullivan’s comic opera “The Mikado” affectionately portrays what happens in between those two ends of the spectrum.

There is music, there is dance, there is theatre at the core of “Topsy-Turvy”, but above all there is cinema that breathes new life on a work of art that premiered a decade before Louis and Auguste Lumière’s first ever screening of projected motion pictures.

9. Is editing the essence of cinema? – The Russian Ark (Aleksandr Sokurov, 2002)

One often sees in cathedrals mural paintings or stained glass that, piece by piece and in clock-wise order, portray scenes of the life of Christ, from birth to resurrection. They are an early instance of editing that contains its two most important principles in the bud: essentialization and creative juxtaposition.

During the first decades of cinema, many film-makers toyed with the possibilities of editing, some to spectacular effects (D.W. Griffith’s use of parallel editing is employed today in roughly the same way). But it is the Russian Revolution of 1917 and the thunderous societal changes it brought along that unleashed cerebral and comprehensive approaches to editing.

The new world had to be served by new forms of art, and cinema was still virgin territory. Thus, Sergei Eisenstein, Lev Kuleshov or Dziga Vertov (to name a few) all developed convincing lines of argumentation to support the thesis that editing was the true essence of revolutionary cinema.

Were the Russian theorists of montage right? The answer is yes, but only until the advent of digital cameras. Before that time, a feature-length feature had to include a few inevitable cuts, disguised as they may be, due to the limited length of film reels.

The shadow of the one-shot film, that had tempted Alfred Hitchcock and Max Ophüls amongst others, reappeared after the perfectioning of digital technology. It was now feasible, but it still retained all the organizational hurdles one can easily imagine.

The first to try it for a feature-length narrative film was Russian director Aleksandr Sokurov, with “Russian Ark”. His nationality may be seen either as an ironic coincidence or as a natural counteraction: in any way, it was a descendant of Eisenstein that proved him wrong.

“Russian Ark”, however, was not only a break with tradition; it was also a rekindling of Sokurov’s preoccupations, namely history and its backbone, temporality – which happens to be the substratum of cinema as well. 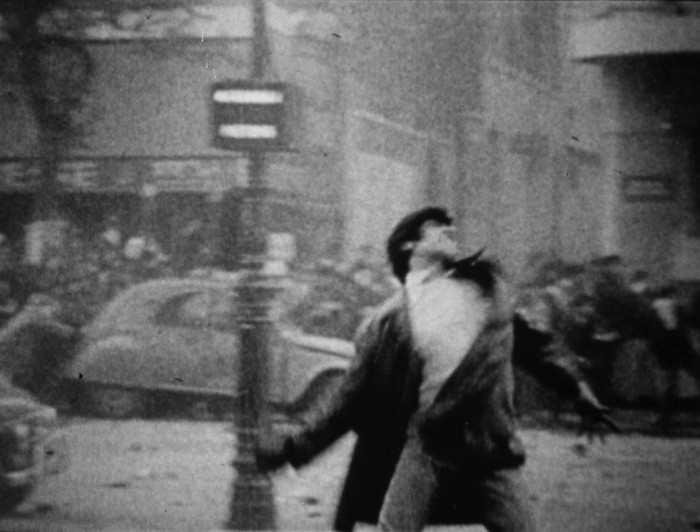 Lev Kuleshov, who proved the prominence of editing by juxtaposing the same close-up of actor Ivan Mosjoukine’s face with various shots of different emotional tonality – modality which induced the impression that the performer’s expression was changing according to the situation – used his discovery to enhance the dramatic impact of his otherwise relatively traditional films.

Dziga Vertov, however, associated fiction films with the “old order” and thought that the newsreel techniques were more likely to contain the seeds of a revolutionary form. It was his admiration for the objectivity of journalism and its authenticity in describing the multiple facets of ordinary life disrupted by the installation of a new social structure that led Vertov to invent the Kino-Eye.

“I am kino-eye, I am a mechanical eye. I, a machine, show you the world as only I can see it. Now and forever, I free myself from human immobility, I am in constant motion, I draw near, then away from objects, I crawl under, I climb onto them… My path leads to the creation of a fresh perception of the world.” wrote Vertov in his 1923 manifesto.

What Vertov omitted in his line of reasoning was the fact that the eye of the camera is incurably subordinated to the human eye and -more damagingly so – to the human mind. Blindly partisan films constitute solid evidence in this matter. But even images shot with the clearest of purposes can sometimes be unintentionally subversive.

Brazilian documentarian João Moreira Salles has specialized in exposing such slips that he hounds in his own footage as well as in that of others. His latest film, “No Intenso Agora” (In the Intense Now), is a meticulous scrutiny of all sorts of visual material that captured the turmoil of the year 1968 throughout the world, from Brazil to China passing through France and Czechoslovakia. Most excerpts are the product of amateurs more or less aware of registering history charging ahead and more or less caught in the web of events.

In many cases, the limpid eye of the camera records details that the official versions either omit or sincerely ignore: characters who observed, who did not exercise their freedom of speech at a time when this very freedom was at the core of all conflicts; moments of mundane joy that were never considered emblematic enough to be included in chronicles; candid words that were drowned in propaganda. For proving Vertov right, “In the Intense Now” is a staggering work, whose finesse in its political analysis is only matched by its emotional punch.