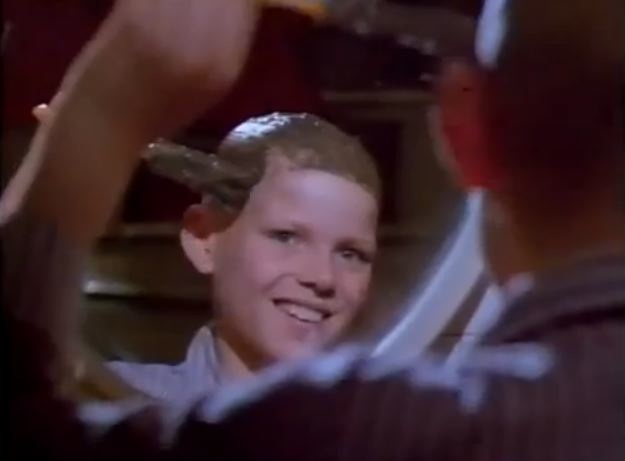 “The Peanut Butter Solution” is a strange title for an even stranger film, but it would surely disturb adults more than the children for whom it was made. The logic of this 1985 film is naïve and childlike, but it’s for that very reason that many adults might watch it and be shocked to the point of unsettlement.

Essentially, this film is about a young boy who can see ghosts. It’s nothing like “The Sixth Sense,” however. It’s much more suitable for kids. There’s no gore, no Shyamalan-level plot twists, and no suspenseful soundtrack. Instead, there’s ghosts and kids and peanut butter. On the first night this young boy sees the ghosts of his house, his hair falls out, but the ghosts are kind, you see, so they give him a secret remedy: the peanut butter solution.

The boy does what the ghosts say, and the solution works amazingly. Then, the prepubescent boys that the story revolves around try to use the solution to encourage the growth of pubes and speed up puberty, but the trick backfires, causing them lots of notoriety before getting them expelled from school.

Before the end, however, the school’s militaristic art teacher kidnaps the boys and forces them to grow hair for his paint brush enterprise. Lost yet? Confused? Disturbed? All the aforementioned responses are sensible, for this film really is a wild ride, and it’s so far ahead of its time. You’ll have to see it for yourself.

4. The Secret of NIMH 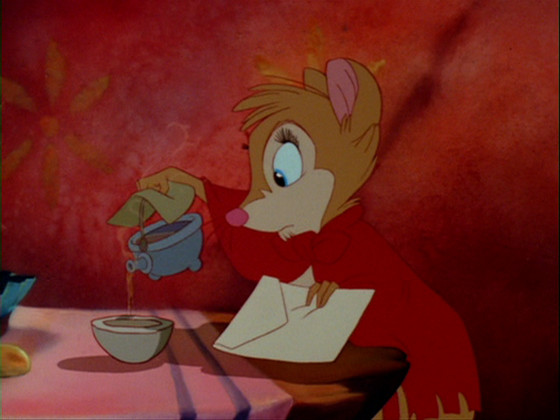 Taking in such serious, real-world subject matter as animal testing, sick children, and community building, “The Secret of NIHM” from 1982 refuses to remain complacent to the suffering of living creatures.

It presents a world like ours, in animated form, where mice and rats are the foci, and the director does a wonderful job of making that world feel relatable. Don Bluth (American animator and director known for “The Land Before Time,” “Anastasia,” and more) made his directorial debut with this film, and he did an astounding job with it, proudly setting the tone and expectation for his later successes.

Like many of the films on this list, “The Secret of NIHM” is also based on a book; this time, the film adapts Robert C. O’Brien’s 1971 children’s novel “Mrs. Frisby and the Rats of NIHM.” Mrs. Frisby becomes Mrs. Brisby in the film version, but her goal remains the same: to bring her family from a perilous farm into safety.

Along the way, her son gets diagnosed with pneumonia, she barely escapes death by cat, and then she’s led to the realm of Nicodemus and the rats of NIHM. Here, the rats are strong and smart, having been tested on and made “better” at a place called NIHM (stands for National Institute of Mental Health – talk about throwing some shade!).

While the rats help Brisby and her children, they become the subject of an extermination plot by NIHM, and their world of struggle increases. Of course, the institute that created them would want that threat destroyed. Ultimately, “The Secret of NIHM” is so disturbing because it’s impact is subtle, despite all the action and conflict.

It’s easy to get distracted in and swept away by the story on the level of mice and rats fighting for home. It’s easy, too, to forget the context of animal testing that made these NIHM fighters so strong, so smart, and so capable. It’s all-too-believable to accept that the system would erase its abnormal byproducts. In the end, “The Secret of NIHM” may be visually dated, but its message and force still remain. 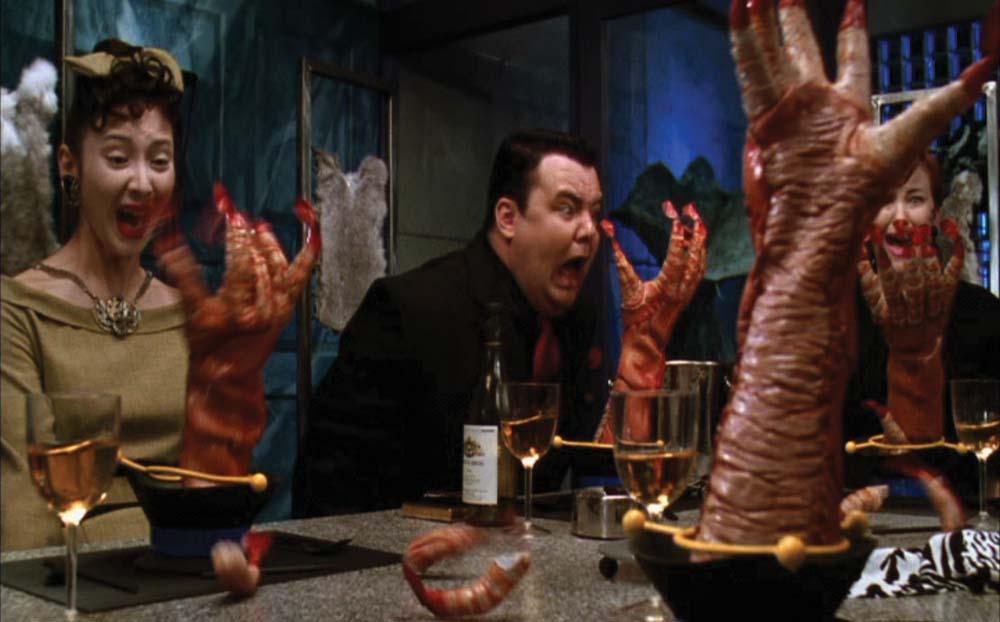 “Beetlejuice” is one of Tim Burton’s most popular films, and it just happens to be one with a kid-friendly rating. Coming in at PG (for material too upsetting for children in relation to death and dying), “Beetlejuice” tells the story of a young girl and the ghosts that are forced to inhabit her new home. The ghosts aren’t happy with the cohabitation, and neither are the living tenants, but the situation stands until one group leaves.

In response to the ghosts’ troublemaking, the girl tries to make a deal with a difficult, otherworldly, demonic companion: Betelgeuse. Before Betelgeuse can really help the girl, however, they strike a deal that forces her to marry him once the help is provided. Talk about creepy—this girl is barely in high school! In true Burton fashion, the visuals disturb just as much as the plot does, though. The world of the dead is like a desert wasteland splattered with color, and the characters that live there fit the same description.

This comedic horror film is guaranteed to freak out any first-time viewers. Overall, “Beetlejuice” depicts the success of the (human) underdog, but some really creepy plot points and visuals appear in the process. In the end, Betelgeuse gets stuck in the afterlife, leaving the human protagonists to live happily alongside the ghosts that choose to share their house, which is a pretty weird twist for a haunting film but typical when it comes to Burton.

Another of the few animated films on this list, “Watership Down” from 1978 comes in as the second-most-likely children’s film that would disturb even adult viewers. This film would bother anyone sensitive enough to love animals – in this case, fictional rabbits are given emphasis, and although such subject matter is entirely appropriate for children, “Watership Down” additionally shows the trials of the wild, struggles between rabbits, the search for home, and interpersonal strife. It’s a lot to handle, and the death scenes are horribly disgusting.

Interspersed in this film version of the 1972 book by Richard Adams (and in the book itself) are scenes where the rabbits receive hallucinogenic prophecies, and the film even portrays moments of the rabbits’ complete mental and emotional breakdowns alongside their brutal deaths.

For example, at one point, the rabbits find a home in a series of tunnels, but they end up dying there because they’re gassed up and trapped in, so the tunnels become clogged with rabbits in ghostly, disembodied form trying to escape, but the only thing the community can do is tear each other apart. It’s truly a devastating scene that’s guaranteed to affect your psyche.

The unsophisticated animation of this film (typical of the 1970s) along with complicated character interactions make a simple plot all the more impacting. It’s like Jack London’s “The Call of the Wild” mixed with Beatrix Potter’s “The Tale of Benjamin Button,” and the effect of their combination really elicits dread. You’ve been warned!

1. The Watcher in the Woods 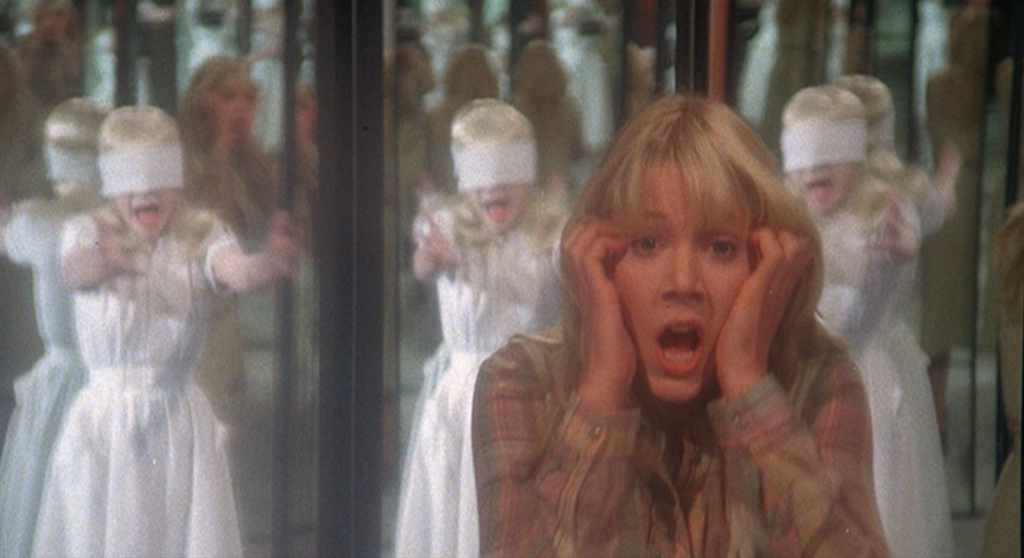 This child-appropriate (rated PG) horror film was released in 1981, and it was produced by Walt Disney Productions just three years before “Something Wicked This Way Comes” and five years before “Mr. Boogety” – a time when the studio was aiming to increase its number of older, young adult viewers.

The plot revolves around a teenage girl and her little sister. Their family has just moved to the English countryside, but the house they find is owned by the creepy, isolated Mrs. Aylwood, and it just gets weirder from there.

As the two young girls explore the property, they learn about the mystery of a girl named Karen who had disappeared in the area some years before. The older girl learns, too, of the enigmatic and unseen “Watcher” who hides in the woods yet sees all. Lots of shots through trees depict the family as they try to understand what’s happening, and the viewer is constantly put in the “Watcher’s” perspective, but we never really get to see who’s doing the watching. As it turns out, Karen was displaced from standard reality through a portal opened on a solar eclipse, but the film has two endings regarding what happens from there.

In the theatrical ending, the portal gets re-opened and Karen is returned, but in the unfinished director’s cut, an alien figure becomes the emphasis. This alien was traveling, but its voyage was interrupted by the energetic transfer of Karen through the portal, so it was replaced by Karen and ended up stuck on Earth, attempting to fix its ship. Henry Selick from number one on this list was involved in the design of the alien, but this particular ending has all but been erased these days to favor the theatrical cut. Either way, the teenage girl protagonist is forced to prove her strength, and she saves the day.

Interestingly, “The Watcher in the Woods” was redone for TV in 2017, starring Anjelica Hurston and made by Melissa Joan Hart, and it looks like a fairly decent remake of the cult classic from the ‘80s. Critics rate this revival significantly lower than the original, however, but it definitely has some of the same, beloved chills and thrills as John Hough’s 1981 production.

Once again, “The Watcher in the Woods” is based on a book – with the same title as the film, this book was written in 1976 by Florence Engel Randall, and it’s hard to say how alike the book and films truly are, but as long as they both focus on eerie alien voyeurism, they’re bound to equally disturb.

Overall, the 1981 film version of “The Watcher in the Woods” links a suspenseful soundtrack with an unnerving story and innovative cinematography. It’s perhaps the most mature and disturbing film on this list, and it would surely scare any age of viewer, proving once more that children’s films can be terrifying and that a G or PG rating doesn’t mean a film won’t disrupt your calm for years.