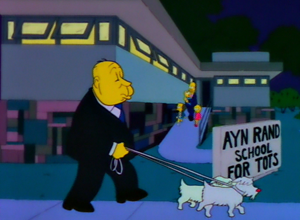 Based on the title, it is not hard to make the connection between this episode and the Tennessee Williams classic, A Streetcar Named Desire. Bored with her role as a housewife and feeling underappreciated, Marge decides to audition for the role of Blanche DuBois in a musical adaptation of William’s play.

While the use of the play and Marge’s role as Blanche is a perfect metaphor for Marge’s own feelings of inadequacy, some of the episode’s best references come from an unlikely member of the family: Maggie. With Marge busy with the musical, Maggie is placed in a childcare facility where she, and the other babies find themselves deprived of their pacifiers.

While the homage to The Great Escape was humorous, it was nothing compared to the hilarious The Birds reference with Homer walking into a room filled with babies sucking on their pacifiers. His response and the layout of the room is reminiscent of the finale of Hitchcock’s classic with Tipi Hedren and Rod Taylor attempting to escape while the bird infested town. Another juicy homage is added with a ‘cameo’ from Alfred Hitchcock walking down the street with his dog as the Simpsons leave the day care centre. 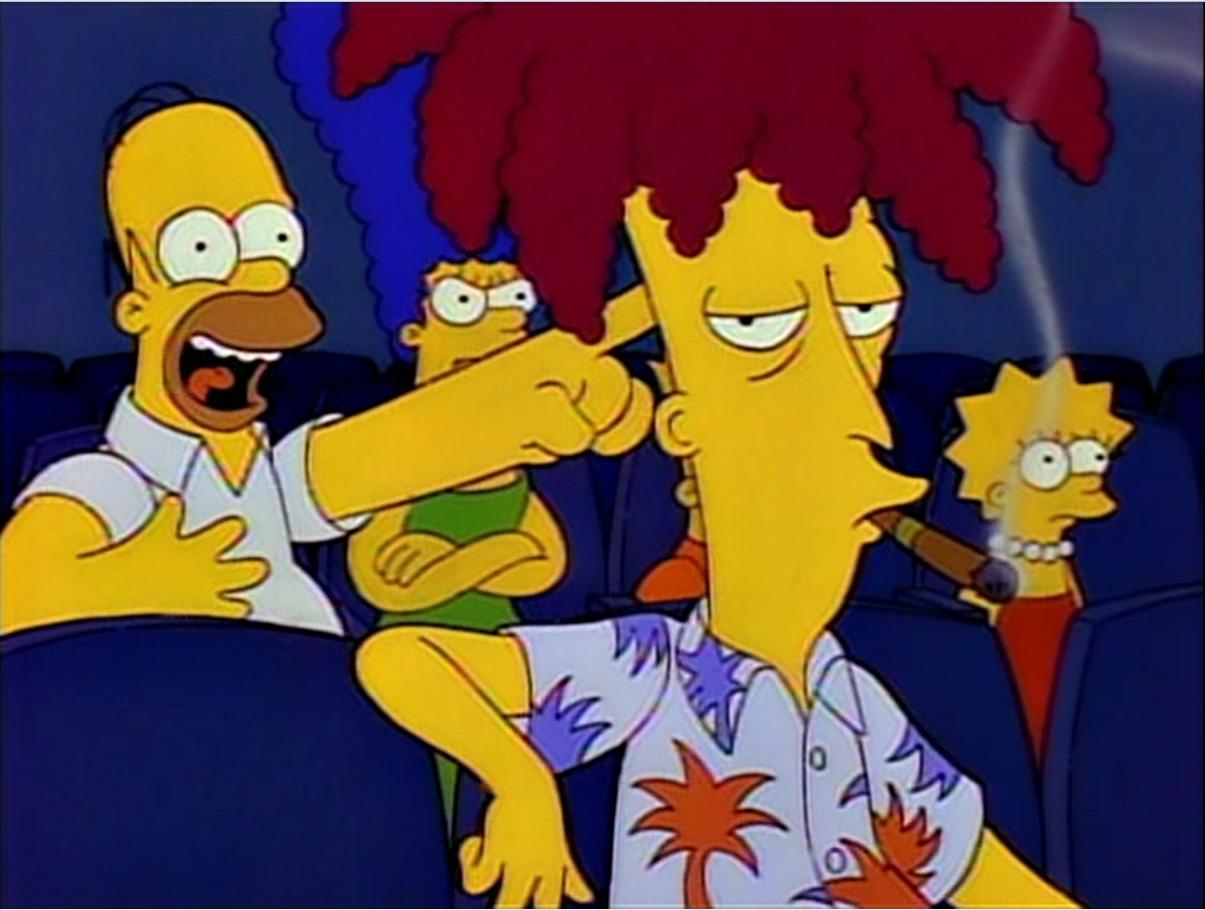 Outside of the Treehouse of Horror segments, Cape Feare stands as one of the only episodes that entirely follows the storyline of the film it references. While the original Cape Fear was released in 1962, a recent remake with Robert De Niro and Nick Nolte was still fresh in the public eye. A perfect reference for a episode about Sideshow Bob seeking revenge on Bart.

Starting with the ominous threats sent by mail, followed by Bob’s harassment of the family and ending with a showdown on board a houseboat, the episode is also filled with small references including Bob’s tattoos copied from The Night of the Hunter starring Robert Mitchum (who also starred in the original Cape Fear) as well as the hockey mask from Friday the 13th, Flanders’ finger blades from A Nightmare on Elm Street and Bob staying in the Bates Motel.

The decision to use the Cape Fear structure to carry this episode certainly paid off as the film is frequently cited as a fan favourite and even inspired playwright Anne Washburn’s play Mr Burns, A Post Electric Play. 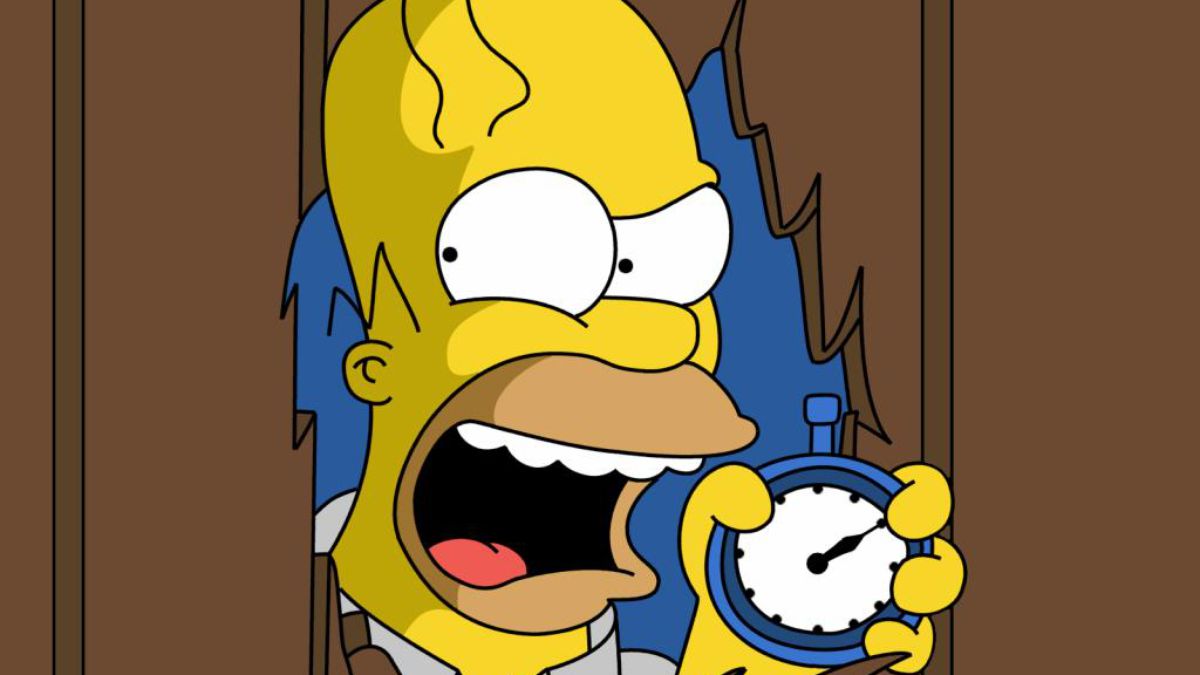 In order to understand just how much of this segment is popular, you only have to spend a few minutes on the various Facebook pages, podcasts and YouTube videos all dedicated to this episode, especially focusing on the love fans have for Homer’s gradual decline into insanity, writing ‘No TV and no beer make Homer go crazy.’

Nothing from Kubrick’s horror classic is off limits to the writers, with Homer’s breakdown happening almost instantly once he discovers no beer and cable TV. Even Homer’s attempts to knock down the doors with a fire axe fail as he keeps on entering empty rooms. This episode is a film buffs delight. 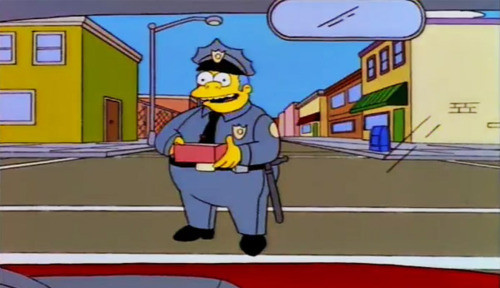 The idea to have several short stories from secondary characters not related directly to the titular family was so popular with the show’s writers that they reportedly considered expanding the idea into its own show. Sadly, this never came to fruition but 22 Short Films About Springfield was still a brilliant concept that gave depth to several supporting characters, especially Principle Skinner.

While some segments are random, several have clearly been inspired by Quentin Tarantino’s classic Pulp Fiction, especially those revolving around Chief Wiggum. Starting with his talk about the difference between Krusty Burger and McDonalds, Wiggum ends up confronting career criminal Snake on the street, reminiscent of Marcellus Wallace’s pursuit of Butch Coolidge, resulting in both of them been locked up in the basement of a pawn shop. Fortunately, a less disturbing conclusion is offered when Milhouse rescues the pair after accidently knocking out their abductor with a flail. 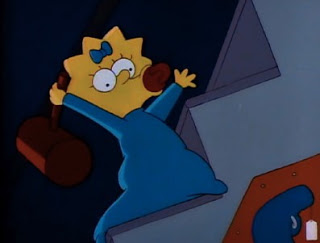 Hitchcock always had a flair for the dramatic, especially with the horror and violence he depicted on screen. Perhaps that is one of the reasons why the shows writers included this reference. After all, Itchy & Scratchy & Marge is an episode about censorship and the aestheticization of violence.

Inspired by a scene from Itchy & Scratchy, Maggie attacks Homer with a mallet. This scene not only references the torn curtain and blood pouring down the drain, but the creators also used Bernard Herrmann’s iconic score and even copied the fast paced editing and tight cinematography to create the perfect reference.

The Simpsons itself was no stranger to controversy and threats of censorship with several accusations by moral crusaders and family groups accusing the show of ruining society. The show’s writers play Devil’s Advocate with this idea of censorship, even presenting a utopian vision of children playing without television. However, Marge’s own artistic background sees her at odds with the group that she formed when they want Michelangelo’s David banned for nudity. From there, Marge is forced to concede that while it is possible for one person to change the world, you probably should not. 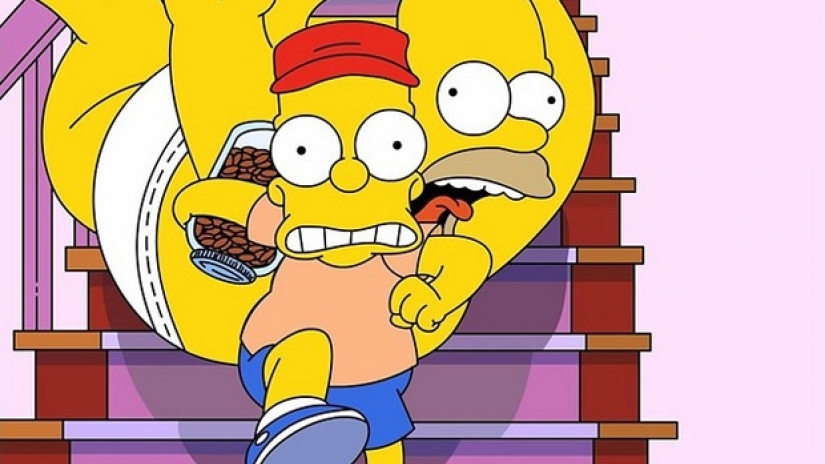 The sheer joy one would feel watching this reference is the reason the opening scene of Bart’s Friend Falls in Love takes the number one spot. Without any prompting or context, the audience is thrown into reference as we see Bart sneaking into his parents bedroom, John Williams’ iconic theme playing, before swiping Homer’s jar of loose change. Bart’s actions perfectly mimicking Indiana Jones.

However, once a grabs it, a low rumble alerts Bart. “Why you little…” growls Homer wearing nothing but his underwear. He pursue Bart across the house, taking the role of both the rolling boulder and the natives, yelling gibberish and waving a rake as Bart escapes on the school bus.

This is purely a stand alone reference. It does little to advance the storyline or expand character but the sheer nostalgic joy it emulates and the imagination behind transferring a pulp action scene set in the Amazon in the 1930’s to a contemporary American household is awe inspiring. This truly is one of the greatest comedic references of all time. 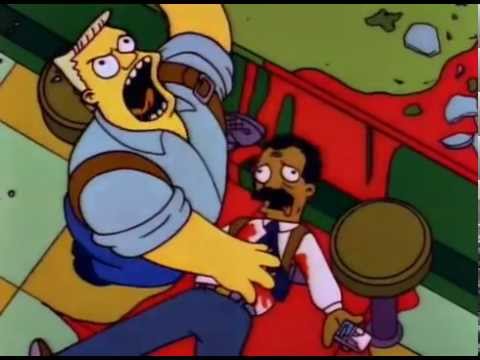 While some of the most hilarious references throughout the series and one of the best attempts to satirise both the films of Arnold Schwarzenegger as well as the action genre of the 1980’s are found in McBain, the fact that it is spread over several episodes from Season 1-10 (frequently dubbed the Golden Age of The Simpsons) restricts it from a spot on the list.

Through the series, the family watches segments of the McBain series. Each segment presents the many clichés found in the stereotypical action movies of the 80’s including the death of the soon to be retired partner, the witty one liners and the over the top violent action scenes. These random segments, when edited together, actually form the basis for a Hollywood-esque action film, something that can be found on YouTube.

While both McBain and Rainer Wolfcastle, the actor who played the titular character, would later make random appearances in later episodes, mocking Arnold Schwarzenegger’s transition to politics and his various failed cinematic experiments, nothing compares to McBain, a character who could very well start his own Simpson’s offshoot.