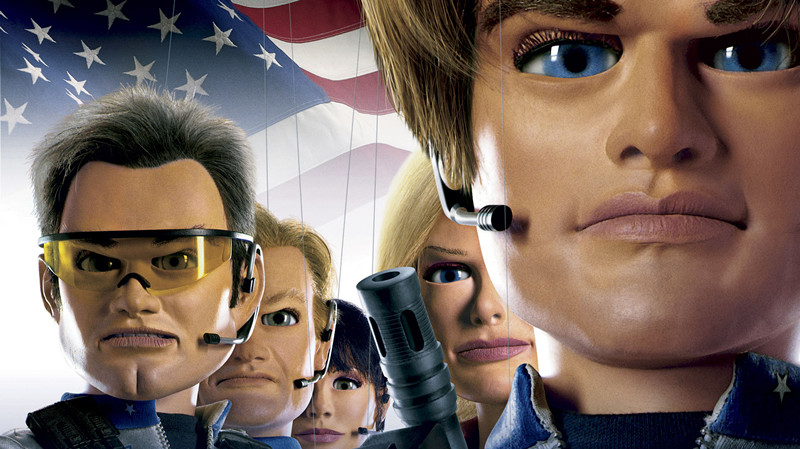 The place of satire in cinema is a most welcome one, as film has often been a medium through which society and politics is represented and archived while simultaneously mocked and reshaped.

While satire has been a part of cinema since its inception, from The Great Dictator to Dr Strangelove, it has by no means faltered since the turn of the century. Indeed, the continually changing world of the twenty-first century has created a surge in satirical cinema, with so many aspects of the modern times to comment upon. 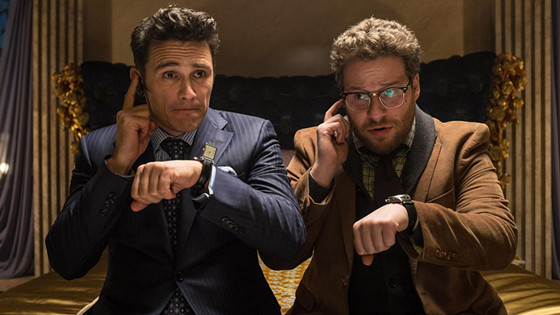 It could be argued that for a country that was unmoved by the release of Team America: World Police, North Korea’s discontent shown towards The Interview was staggeringly over the top.

While it lies very much in the shadow of the Team America, it would be wrong to simply dismiss The Interview as a failure. James Franco plays Dave Skylark, presenter of Skylark Tonight, a painfully poor talk show on American Television, when he and his long-suffering producer Aaron Rapoport (Seth Rogen) score an interview with North Korean leader Kim Jong-Un in what they believe will be “the biggest interview since Frosty Nixon.”

Yes, the film takes a large portion of jokes from the standard repertoire of Rogen/Franco comedies: low rent jokes about bromances and genitals are frequent, and yet The Interview smartly aims much of its humour towards America, not North Korea. The main target is the American media itself, the way the media can manipulate situations to its advantage and how simple it is to tell the watching public at home a story that is greatly different from the truth.

Joe Cornish’s smart science-fiction horror set in a tower block in central London certainly has an aesthetic that pays homage to the creature features of the 1970’s; however it has an additional intention to provide a social commentary on the disillusion of young people living in the inner city, as a group of aliens land in London, finding resistance in the form of a gang of teenagers defending their block of flats from the unwelcome newcomers.

The films pulls back the hoodies and balaclavas to show the faces behind the masks, startlingly young boys trying to play the role of the “hard man”, attempting to gain respect from the criminals and drug dealers throughout the block. The stereotypes that are launched at young people are also grilled here, with the police presence often utilised so that they can arrest the wrong people after jumping to an incorrect conclusion, adding to the sense of alienation imbued in the young protagonists. 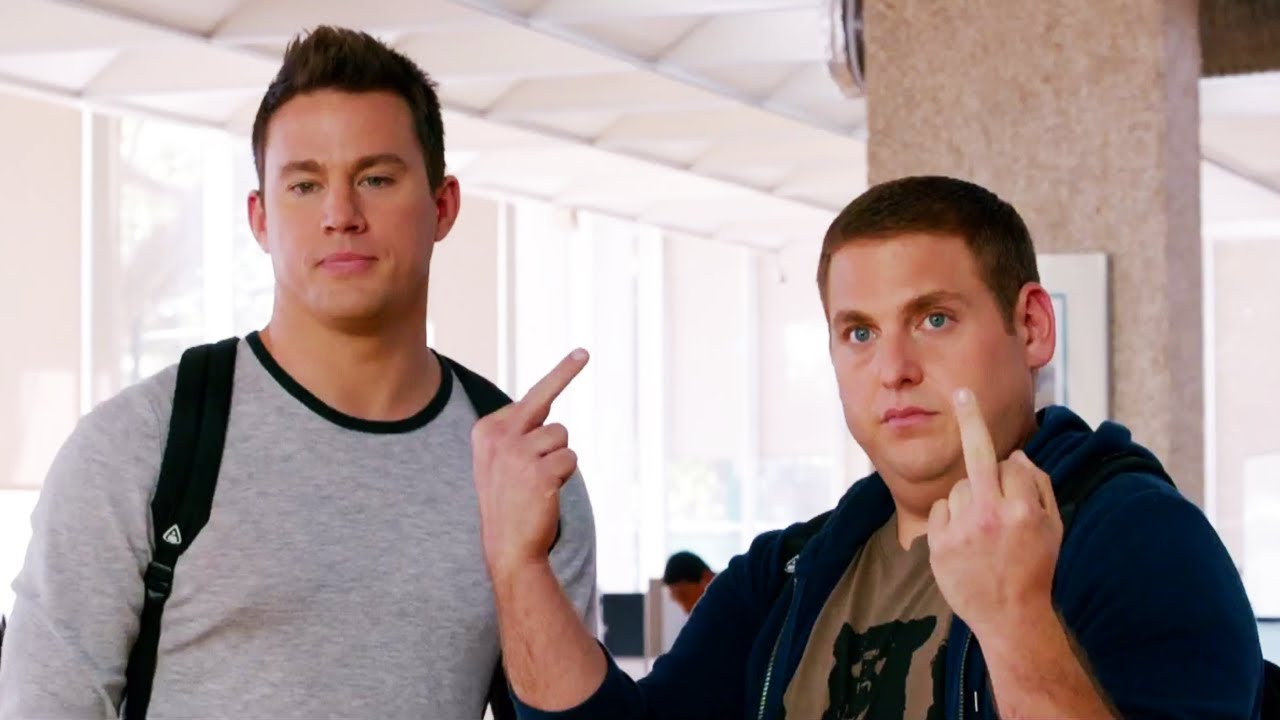 While 21 Jump Street was a serviceable action comedy, 22 Jump Street took aim at the accusations directed towards Hollywood with regard to its lack of originality and sequel spawning. The film frequently and knowingly winks to the audience that their money has paid for them to watch a film where the protagonists “do exactly the same as last time.”

The first act of the film is as close as something can get to talking directly to the audience without actually breaking the fourth wall. The ability to make constant jokes about sequels and repetition funny is one of the many qualities of 22 Jump Street. The joke is stretched even further in a post-credits sequence that imagines subsequent entries in the canon if the film series were to continue ad infinitum.

The debut film by Neil Blomkamp is a powerful apartheid parable, observing trials and tribulations the South African government have experienced in handling the arrival of a space craft which positions itself above Johannesburg. Once the spaceship is boarding, the alien race on board is perceived to be weak and sickening, and a makeshift place of refuge is made for the visitors.

It is through the eyes of the creepily enthusiastic Wikus van der Merve (Sharlto Copley), a man who squeaks with childish excitement at the sound of popping “prawn” eggs, that the alien camp is seen. His transformation from human to alien and his treatment as his human state deteriorates mirrors the treatment given to black South Africans who lived under apartheid.

The documentary aesthetic allows for the citizens of the Johannesburg to voice their opinions on sharing the city with a different race, and the violent conflicts that threaten to upset the peace. 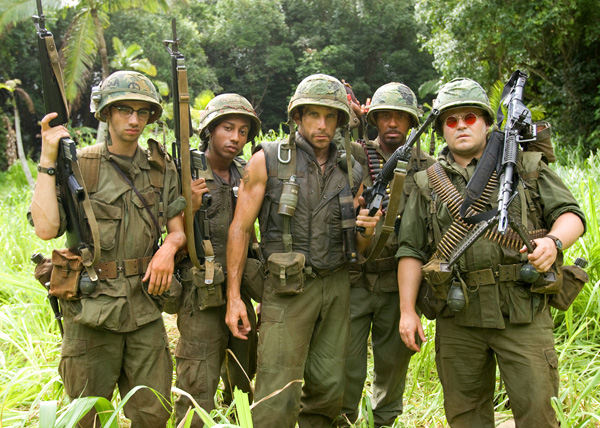 Ben Stiller’s fourth outing as director takes the entire structure of Hollywood and gives it the send-up it deserves, from the opening fake trailers to the group of actors trawling through the South East Asian jungle and stumbling across the “Golden Triangle” a prominent area for the growing of drugs in the region, all the while believing they are on a film shoot and encountering fellow actors on the way.

Tropic Thunder has a lot of joy at prodding at actors who take their profession with the utmost seriousness, and the levels that they will go to truly be at one with their character. While Stiller’s Tugg Speedman is in essence a Sylvester Stallone pastiche, it is Robert Downey Jr’s Kirk Lazarus, an Oscar-winning Australian actor playing an African American soldier which is the smartest move, directly questioning the lack of leading roles that are given to black actors in Hollywood.

Jason Reitman’s sharp satire on the twenty-first Century’s attitude towards smoking places Aaron Eckhart’s Nick Naylor, a tobacco lobbyist, in the firing line as he attempts to dispel the idea that smoking and cancer are inherently linked, all the while trying to be a credible role model to his young son.

Naylor confidently tells a young cancer patient that he would not want anyone to die of lung cancer because he wants healthy people to buy his cigarettes and continue smoking and yet nobody in the film is ever seen smoking.

The gang of lobbyists put forward ideas (such as one with a concern that American actors are no longer seen smoking on screen) to try to encourage people to buy cigarettes that, when considered, seem worryingly credible.

WALL-E is, on one level a colourful, emotional homage to classic science-fiction, and on another a statement about humanity’s increasing reliance upon technology and the way the environment is being treated.

Pixar have always been notable for making films that speak to children and adults alike, but not necessarily sending the same message to both parties. There is satire enough in the fact that technology is reliable for the WALL-E’s message of the overuse of technology, yet the possible future that the film projects has its roots in present day.

The sheer size that people become is married to a very twenty-first century addiction to fast food, focus being placed on the ease with which something can be done, with no worry of the quality of the finished product.