Edgar Wright’s endlessly quotable spoof on action cinema sees Simon Pegg’s Sergeant Nicholas Angel transferred from the Metropolitan Police in London to Sandford, nestled in rural Gloucestershire. The film is primarily a spoof on American action films, most notably Point Break and Bad Boys II, which are cited more than once in the movie.

What Hot Fuzz also is, is a cheerfully honest deconstruction of postcard Britain. The England that is shown on tourist videos and promotional packages is a neatly altered version of the truth, shown in the film by the staggeringly frequent “accidents” that befall Sandford, all in the name of winning the Best Village competition. Its characters are quintessentially British- large as life, eternally optimistic and more than a little sinister.

Almost everyone with a pulse was the target of Sacha Baron Cohen’s mockumentary, in which his Kazakh television reporter Borat is send by his government to make a documentary about America and the American way of life.

The key to his creation was that Borat himself is so optimistically innocent, fascinated by so much that the subjects of his film find mundane and ordinary. His introduction makes the viewer certain that he is racist, anti-Semitic, misogynistic and his buffoonery in America wisely puts the joke on Sacha Baron Cohen as much as it does those around him.

This can be best seen when Borat is invited to sing the national anthem at a rodeo. His initial patriotic verses hit the right notes with the local crowd before descending into awkward territory, as Baron Cohen sees how far he can take each joke. He also plays on the obsession with celebrity, public decency and etiquette, testing the hospitality of those he visits, and the patience of anyone else unfortunate enough to cross his path.

How fortunate Alejandro G. Inarritu was that Michael Keaton agreed to play the role of Riggan Thompson. In doing so, Keaton managed to mirror his own career: finding great praise in the title role of a superhero film and then disappearing from the spotlight. Several decades later, both Keaton and Thompson return for one last crack at the spotlight and in Keaton’s case, he was successful.

It is easy to be distracted by the visual illusion of Emmanuel Lubezki’s seemingly continuous shot which plays as the direct opposite of the confines of a stage. Birdman is about the addiction of showbusiness, and how it envelops those who are at the centre of it as they are unable to control everything that is going on as great personalities clash.

Chris Morris’ comedy follows four men in northern England in their attempts to become suicide bombers, through their training in Pakistan, the lives at home and finally, the attempted bombing of the London marathon.

There is nothing about the four men being followed in the film that says they have the ability or the resources to carry out their wish, and Four Lions is very funny in documenting the trials and tribulations of the group, despite the knowledge that their motivation is to cause devastating acts of terrorism.

Furthermore, the film peers in on the relation between the leader of the group Omar (Riz Ahmed) and his family. One scene involves Omar telling his son why he wants to blow himself up by using a Lion King metaphor. Most striking of all is the bittersweet nature of the film’s conclusion, as the antiheroes put their plan into action. Four Lions artfully balances emotional connection to characters with some of the most deplorable acts that can be committed in society to result in a charmingly uncomfortable piece. 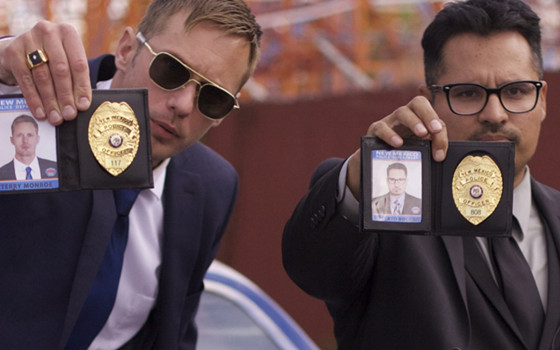 From an enjoyment perspective, five minutes into War On Everyone viewers will be able to deduce whether or not it is for them. Half the brilliance of John Michael McDonagh’s first cinematic venture to America is that the two central protagonists (cop buddies who deeply corrupt) are hugely unlikable. They are disrespectful to almost everybody; they are awful family members, racist, violent bullies and often spout lines of philosophical dialogue that feel like they were thrown away by Quentin Tarantino.

However, in a world where police brutality is an issue at the forefront of many people’s mind, War On Everyone refuses to shy away from the fact that those who protect us might well be just as bad as those who we need protecting from. Like McDonagh’s debut film The Guard, War On Everyone is a film that embraces its antiheroes, makes the audience feel queasy at their inappropriate behaviour and skewed moral compasses.

Jordan Peele’s horror about a young black man visiting the parents of his white girlfriend is a note-perfect commentary on the racial tension that is prominent in America. As Chris (Daniel Kaluuya) and his girlfriend Rose (Alison Williams) journey from the city to a large house in suburbia for the weekend, an early encounter with a police officer sets the tone for how prevalent the undercurrents of racism are in simple encounters with strangers.

However, it is Rose’s family that prove to be the strangest people. Their overbearing welcome and intense behaviour that intends to be hospitable comes across as deeply uncomfortable, their treatment of Chris- calling him “my man” and speaking of their wish that Obama could have a third term- is painfully patronising.

What Peele has managed to do is create a film that demonstrates how dangerously powerful and scary racism is in the twenty-first century, when so many people simply assume that it is no longer an issue. 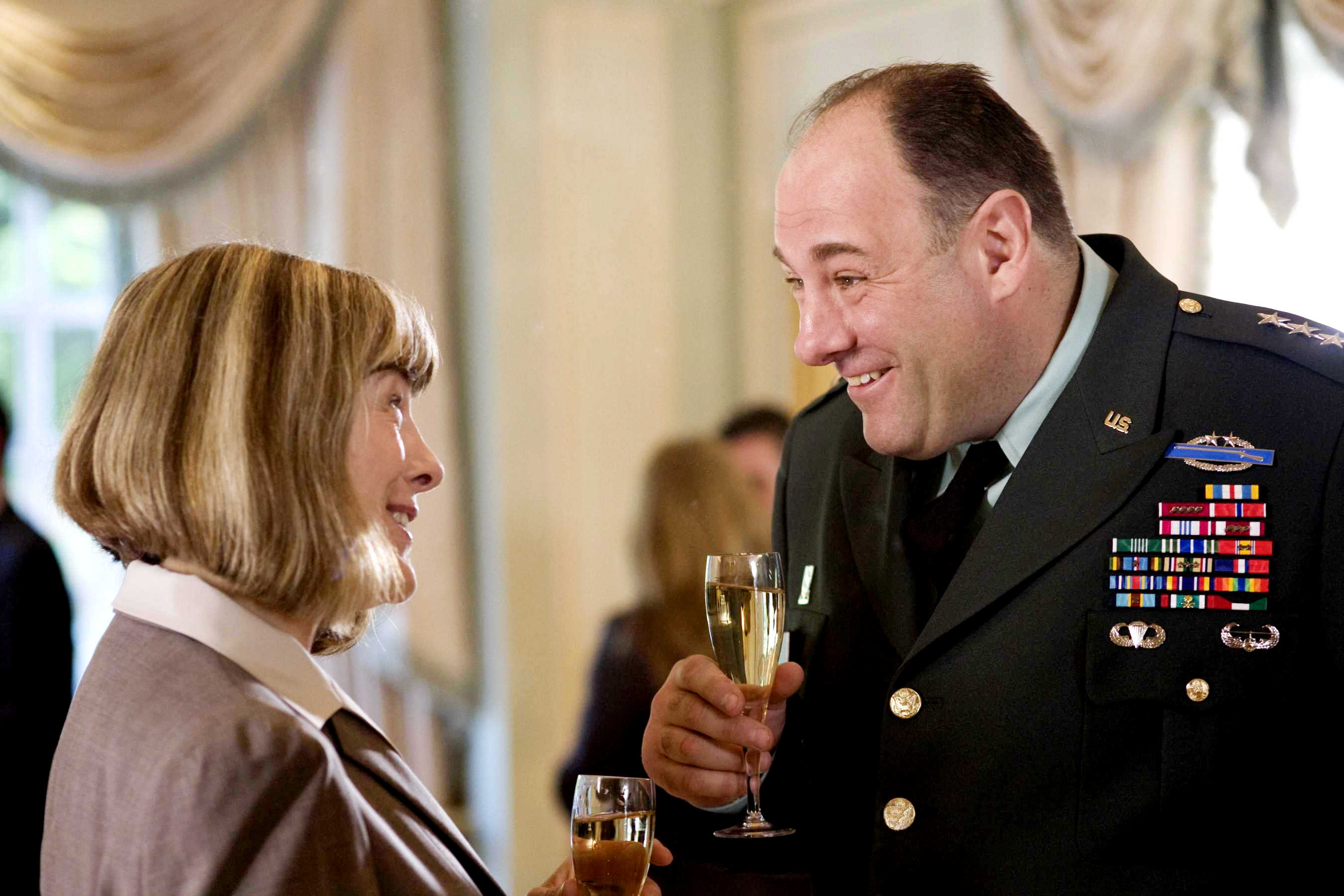 Created by renowned comedy writer and director Armando Iannucci, In The Loop is the film version of the British political comedy The Thick of It. In The Loop expands the scope of the television show from the walls of Westminster to incorporate politics from America, with the film following the consequences of British minister Simon Foster stating on the radio that war in the Middle East is “unforeseeable”.

While Peter Capaldi’s profanity-laden spin doctor Malcolm Tucker attempts to massage events into his control, high-profile figures across the Atlantic see Foster as a valuable ally in forcing through a motion to begin military intervention in the Middle East.

The unease that many people feel towards politicians is taken and amplified to make In The Loop seem so probable that it can be frequently uncomfortable viewing. The majority of characters are highly unlikeable and spend a large portion of the duration scrambling to save their own careers, although they are playing their part in promoting a conflict that would result in thousands of casualties.

While the sight of watching a General doing maths on a child’s squeaking calculator or politicians firing startlingly inventive insults towards one another results in some fantastic comedy, the film constantly points to a frightening possibility where this fiction is not that from reality.

As relevant now as it was upon release over a decade ago, Trey Parker and Matt Stone’s ballistic missile of a comedy aimed itself directly at the heart of America’s overinflated sense of self-importance as the reigning superpower of the world. Team America is a small organisation hidden inside Mount Rushmore with the remit of keeping the world safe from terrorists.

As the opening sequence demonstrates, the consequence of sending in American troops to a foreign war zone results in catastrophic damage, more so by the hands of the US than those whom they are fighting.

While America is invariably the main target in the sights of the film, the rest of world is no safer. Half the fun of the film comes from watching puppets carrying out the simplest of actions, such as opening doors and getting into cars, its dangerously offensive stereotyping of every nationality to cross its path is something to behold.

Cinematic conventions such as the action movie montage sequence and gratuitous sex scenes also fall victim to the “Team America treatment”, not to mention a variety of political figures and A-list actors, all voiced with joyous disregard of respect by the directors.

Team America is one of the most vulgar, crude, violent and offensive films of this century and yet it is also one of the smartest. The genius of the film is to layer every scene and almost every line of dialogue with subtext designed to attack some part of the culture of its time, whether that is attitudes to war, race, sex, politics or Hollywood. Team America: World Police is a film that writes a love letter to the power of cinema, while simultaneously gleefully stabbing it in the back.

The sheer volume of targets the film takes aim at is one thing, and the number of bullseyes hit makes Team America the benchmark for satire in this century. It may be a long time before it is trumped.