This is another horror sequel that was overlooked at the time, but garnered a cult following after the fact. Tobe Hooper, the director of the original, returns to the helm, but didn’t feel like treading familiar grounds, as many probably expected (and the producers hoped) he would.

It would have been easy just to make another movie where a group of teenagers encounter the Sawyer family and die by the hands of their their most eccentric family member Leatherface. Instead, Hooper went on a much more subversive route. Rather than a gritty horror film, he made a wacky horror-comedy.

A radio DJ (Caroline Williams) becomes a target of the Sawyer family after she overhears a murder during a radio broadcast. Her life is spared, however, when Leatherface takes her to meet the rest of his rather eccentric family. Meanwhile, Lefty (a batshit insane and probably coked-up Dennis Hopper), a former Texas Ranger, wants to avenge his murdered family members and comes after the Sawyer family. He arms himself with one giant chainsaw and two holsters by his side (which is awesome).

It’s damn near impossible to dislike any film that ends with a big chainsaw duel. The film is full of fun performances and obviously doesn’t take itself seriously, and the original poster is one to look out for, since it includes the homicidal maniacs posing just like the teenagers from “The Breakfast Club”.

It might alienate fans of the original film and it’s certainly a weird sequel because it goes full-blown comedy (even with the original director attached), but it’s a lot better than the one starring Matthew McConaughey and Renee Zellweger.

4. Halloween 3: Season of the Witch

Horror films have notoriously awful sequels. The eventual monster eventually stops being scary, they’ll start making puns and venture into space. The Halloween franchise is one such example (though Michael Myers hasn’t been in space… yet). The first film was a classy piece of suspense and horror that changed the game of the horror genre. By the eighth film, however, we have a kung-fu kicking Busta Rhymes coming to the rescue, quipping ”trick or treat motherfucker” (yeah… cool).

In retrospect, Myers should have died by part two, since he got blown up together with his arch-nemesis Samuel Loomis (the great Donald Pleasence, the only one who made many of the sequels even remotely bearable). Naturally, Myers and Loomis survive this because they could still make the studio execs some money.

The best sequel, however, is “Halloween 3: Season of the Witch”, but it has often been overlooked because it doesn’t have its titular monster. If the title was any different you wouldn’t have known it was even a sequel. After part two, they wanted to change the franchise into an anthology series with only the Halloween theme to guide them.

The story fuses a weird blend of science fiction, witchcraft and even Celtic lore. The great Tom Atkins, a veteran of classic B-movies such as “Maniac Cop” and “Night of the Creeps”, plays a physician who researches the mysterious murder of one his patients. He comes across Silver Shamrock Novelties, a mask-making manufacturing company, led by the sinister Conal Cochran (Dan O’Herlihy), who has some very dark plans for the children of America.

The film has that atmospheric 80’s vibe, thanks to the great music of John Carpenter. The ending is particularly dark and will certainly stay with you.

It’s the odd one out of the franchise but it’s all the better for it. Though the film didn’t make enough money to continue the anthology concept (hence “The Return of Michael Myers”) and was dismissed at first, it eventually garnered a much-deserved cult following. 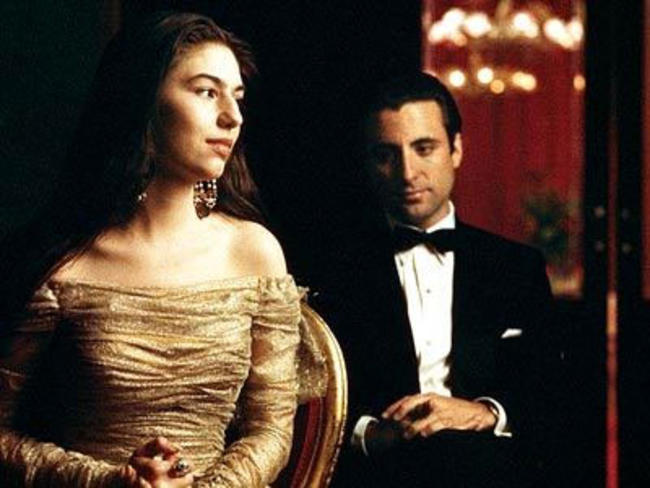 It might seem like a strange entry on this list because on the surface, the third entry of the Godfather series, despite not matching the quality of its predecessors, seems like a genuine Godfather film. Yet despite its many redeemable values, the weird choices made by the filmmakers cannot be ignored.

The most important one is the changing of Michael Corleone’s character. Al Pacino certainly does a good job, but he doesn’t have the cold stoicism anymore and instead acts like… well, Al Pacino. Rather than imbuing quite menace and thoughtful authority, he just acts like Al Pacino. It’s very entertaining, sure, the man still has an incredible presence, but it’s a shame he couldn’t conjure up how his character acted in the previous two films.

It was great idea to make him remorseful for the murder of his brother and to have his repentance be a massive donation to the corrupt Vatican institute. It showed how corrosive this kind of corruption is. Yet the greater storyline would have been Tom Hagen (Robert Duvall), his former consigliere, betraying and ultimately testifying against Michael.

It would have been a battle between these two former friends, a friend who was also very close to his more benevolent father. Instead, thanks to a pay dispute with Duvall and the filmmakers, they changed the story, killed Hagen off screen, and replaced the consigliere part with George Hamilton. A very weird replacement to such an iconic actor.

They try to have more creative death scenes, but many of them become almost cartoonish: herds of mob bosses are massacred by an assassin in a helicopter (one boss didn’t take shelter because he wanted to grab his coat for some reason), a principal character dies by a poisoned cannoli and another dies by getting stabbed by his own spectacles.

Naturally, the awful acting of Sofia Coppola as Corleone’s daughter is so cringe-inducing, you wonder how a director, who made more than a few examples of classic cinema, could have let this happen. Nepotism, I know, but still.

The truth was that this film was made mostly out of money. The ending is powerful and the film has too many good things to be considered bad, but it would have better if Coppola had a grand vision that motivated his creation of this film, instead of money. 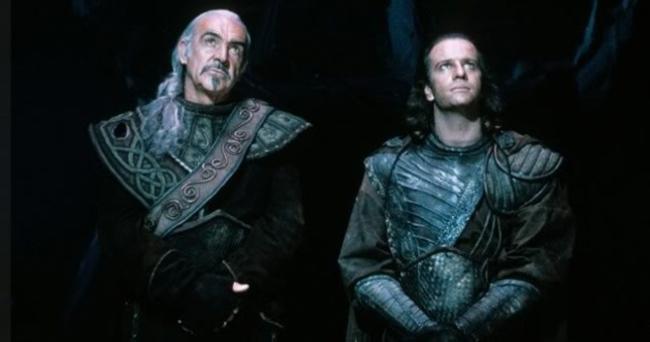 The original “Highlander” is fondly remembered for at least two things. One being the awesome soundtrack by Queen, and the other being the ridiculous casting of Sean Connery as a Spanish Nobleman; Connery tried to up its ridiculousness by playing a Russian submarine captain in “The Hunt for Red October”.

The story was about immortals who could only die by getting decapitated, and the last one alive would receive some cosmic prize. It wasn’t a huge success but its initial cult following made it bankable enough to produce several sequels and even a TV show. None of them managed to retain the ‘kind of magic’ (get the reference?) of the original. In fact, one could easily dismiss the sequels since the original has a perfect conclusion to its story.

If you really do insist on seeing a sequel, you could give “Highlander 2: The Quickening” a try. This is not because it’s any good – it’s far from good. It’s known as one of the worst movies of all time. Almost every wrong choice in producing a sequel has been made in this film. But because it’s so incredibly misguided, it becomes fascinating because of it.

Christopher Lambert returns as Macleod, the immortal turned mortal at the end of the first film. Sadly, his lover dies due to the depleting ozone layer and she makes him promise to save the earth from ruin, which he does by assembling the world’s greatest scientists to create a shield to protect earth.

While awaiting a natural death, he suddenly remembers that he and his mentor Ramirez (Sean Connery) were originally aliens from the planet Zeist and they had been banished on Earth after a failed rebellion against the tyrannical Katana (a deliciously over-the-top Michael Ironside).

Katana sends two assassins to kill Macleod (even though he could have just waited for him to die) but they fail and lose their heads. The energy of the deceased assassins (which is the Quickening) makes Macleod young and immortal again, and he even has the ability to summon Ramirez back to the living. Together they face up against Katana and his goons.

The few redeeming values of this film is the set design (despite it lacking in original vision) and the interplay between Connery and Lambert, who retain their original chemistry. Connery brings most of the humor in this film and though his absence makes his little sense, the best scenes in the film involve the Spanish nobleman with the Scottish accent.

Most fans ignore this film because it completely alters the mythology of the original film, which in truth, makes no sense at all. The alternative version that is widely released deletes any mention of Zeist, referring it as ancient time in the past. This makes even less, however, since no ancient culture has ever looked like that or had that kind of weaponry. As the original “Highlander” stated: there can be only one. Indeed.

“Bill and Ted’s Excellent Adventure” was an incredibly stupid but lovable little 80’s romp about two dimwitted teenagers Bill (Alex Winter) and Ted (a young Keanu Reeves who has aged remarkably) who travel back in time in order to assemble various historical figures to aid them on their history report. It was certainly not going to be enamored with scholarly acclaim, but it had a certain innocuous charm that made it near impossible to dislike.

The sequel could easily been a dud, as most comedy sequels are. More than often the filmmakers try to recreate a magic and fail (“Ghostbusters 2”) or recycle the same formula but with a bigger budget (“The Hangover Part II”).

“Bogus Journey” is that rare exception of a comedy sequel that retains the magic of the original while doing a completely different story. The film starts in the far future of 2691, in the peaceful Utopian society inspired by the music of Wild Stallyns (the band of Bill and Ted).

A terrorist group under the rule of Chuck de Nomolos (played by the late great Joss Ackland), a former teacher of Rufus (the late great and very missed George Carlin). He sends two robotic duplicates of Bill and Ted to the past to stop the original Bill and Ted from playing at the Battle of the Bands where will spread their message, which would inspire the future Utopia. They murder the hapless duo, who are sent to hell and face all manner of personal demons (including the Easter Bunny) and befriend Death itself (a hilarious William Sadler).

For such a silly movie, there are many sly references to classic films like “A Matter of Life and Death” and Ingmar Bergman’s “The Seventh Seal” (instead of playing chess with the Grim Reaper, they now beat him with Battleship). The cinematography also has a surreal quality to it, making it visually far more appealing than its predecessor.

“Bill and Ted’s Bogus Journey” deserves to be seen as a standard for all comedy sequels. There has been talks of a third film, though nothing has been confirmed yet. I think I speak for everyone that the world would be a better place with Bill and Ted returning to the big screen.