Trying to predict the trajectory of a director’s career is never an easy task—which is usually why it’s far more fun to just sit back and enjoy the ride. Some directors, like Alfred Hitchcock for example, tend to stick to the same genre in order to perfect their technique. Others, such Steven Soderbergh, prefer to dabble in all varieties of genres and prove they can be a jack of all trades

But then there are some directors who simply make a strange choice every once in a while that makes audiences scratch their head and wonder what they might be up to. Some of these choices have produced truly spectacular, game-changing films that feel like natural progressions for the director in question.

Other choices have the opposite effect, sometimes proving to be the worst film of a director’s career. Whatever the result, these are ten of the strangest choices made by great directors. 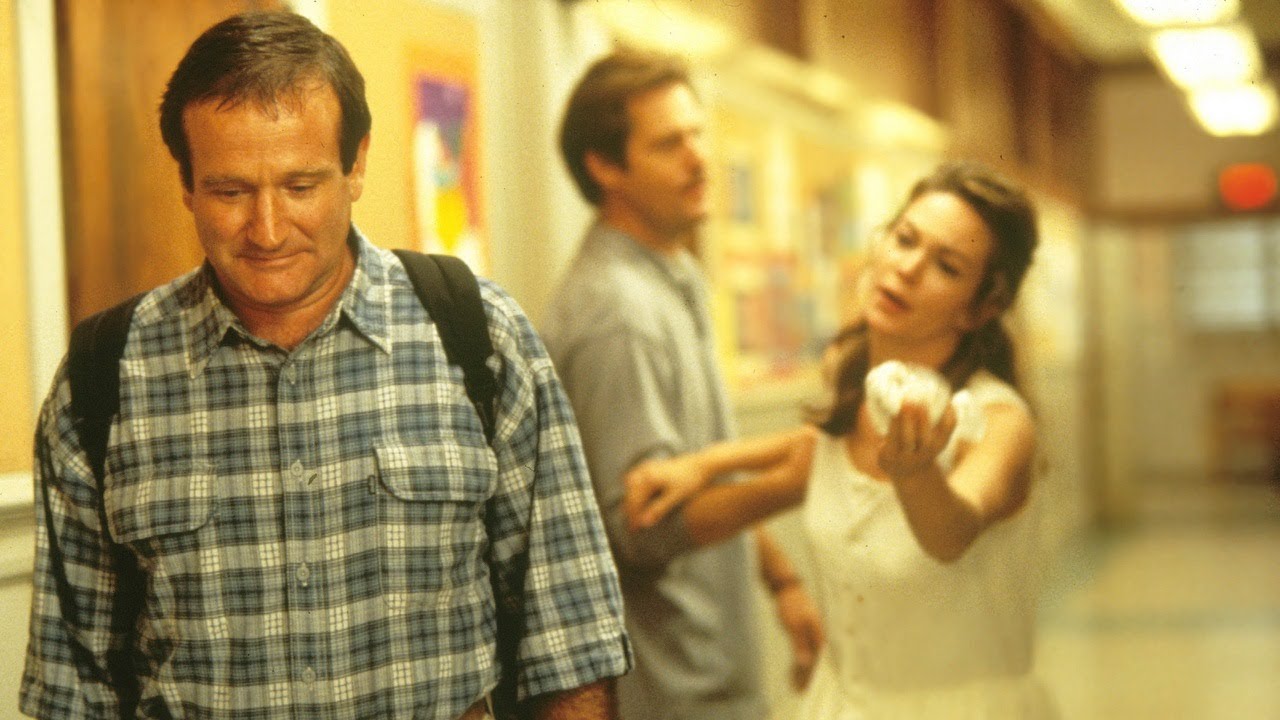 Francis Ford Coppola is a name we commonly associate with one decade. Nowadays, we look back on his legendary works like The Godfather Saga, The Conversation, and Apocalypse Now, with nothing but praise and reverence. He was the director of the 70s; introducing us to the Corleone Family, Kurtz, and cementing himself in history even though he hasn’t done anything quite as good since.

The 80s came around and his influence began to decline. After a stellar start to the decade with Rumble Fish and The Outsiders, he made a series of films that didn’t quite live up to his name until he released the final installment of the Godfather which was surprisingly solid, despite being over a decade late. After adapting Bram Stoker’s Dracula with gorgeous set designs and a wild Gary Oldman, it wouldn’t be for four more years that Coppola would surface again. The wait was not worth it.

This list isn’t all about the bad films made by a great director, it’s the weirdest choices. Jack however happens to be both for Coppola as it literally makes no sense as to how someone who created some of the finest films in the history of cinema could go on to make something like Jack.

Jack tells the story of a boy who is born with a disease that makes his body age significantly faster than anybody else. In his attempts to make this horrific story a comedy, Coppola directs Robin Williams in a shameless role as a fifth-grader in the body of a 40-year-old that allowed him to be absurdly immature. Throw in Diane Lane and Bill Cosby to the mix and this thing is just all over the place. But to top it all off in, having Jack fall in love with his teacher played by Jennifer Lopez is all sorts of creepy. Since then, Coppola hasn’t quite stooped so low. But neither has he reminded us of his brilliance.

When you hear the name David Fincher, one automatically jumps to Se7en, Fight Club, Zodiac, or any of his other dark, grim thrillers that have become cult classics. After a decade of delivering movies like these, Fincher took on a…curious…choice with the adaptation of F. Scott Fitzgerald’s short story: The Curious Case of Benjamin Button.

What was so interesting about this decision is that it was the most life-affirming, upbeat movie Fincher had ever mustered. It’s the story of a man, Benjamin Button (played by Brad Pitt) who ages in reverse. It’s like Forrest Gump with a twist as we watch him pass through the years in a movie that is about life, love, and the little moments in the grand scheme of something much larger.

There’s more emotion here than Fincher has ever done before or since. It is such a stark departure from his cold worlds full of violence and anger into one filled with everything but. He even manages to get out some superb performances from Pitt and Cate Blanchett as he spans decades of time in a wondrous, celebratory fashion.

All in all, The Curious Case of Benjamin Button serves as a valuable entry into Fincher’s catalog. While it’s not his best, it is far from his worst. Maybe someone who sees nothing but evil in the world might know where there’s some real humanity after all.

Indie darling Darren Aronofsky has risen to acclaimed heights during his two decades of filmmaking. With the stellar Pi as his debut, followed by the quintessential Requiem for a Dream, Aronofsky proved himself a valuable new voice in the new millennium. Never predictable, he loves his character studies as can be seen in the criminally underrated The Wrestler, and his elegantly terrifying Black Swan.

Which is why his followup to the award-winning Black Swan is so puzzling. Instead of holding fast to his indie roots, he proceeded to make the new-age biblical epic Noah. With an all-star cast featuring Russell Crowe as the titular figure, Jennifer Connelly, Emma Watson, Logan Lerman, and Anthony Hopkins, Noah is someone of an oddity in itself because of how Aronofsky choose to tell his story.

Instead of being some grand epic that focuses on the flood that wipes out humanity, Aronofsky turns it into a character study on insanity. Noah, who we have been raised to believe is the hero of the story as he saves his family and the wildlife population from the end of the world, is portrayed as an obsessive man slowly slipping away into paranoia and chaos.

Crowe does a superb job, and it would be more fascinating if the overzealous special effects didn’t get in the way. Though time has not been as fair as it should be to it, there are some nuggets in it that standout among its glossy CGI, namely the strong performances and the fact that it actually isn’t about the flood itself—rather the man tasked with saving his family and the world, even if he can’t save himself.

Peter Jackson quickly became a household name with the massive success of Lord of the Rings. It was the purest representation we are likely ever going to get of the Tolkien novels, but most audiences didn’t know he was already a big deal in his native New Zealand. Lord of the Rings wasn’t his weird choice—though it certainly is odd that an indie horror director would go on to produce one of the winningest films in the history of the Oscars—nor was it his remake of King Kong in all of its grand, classical storytelling.

After four years of bated breaths, wondering what epic adventure Jackson was going to take us on, it wasn’t a new Tolkien adaptation, nor was it the long-awaited Halo movie, but rather Alice Sebold’s The Lovely Bones. This was a remarkable departure from the ginormous films Jackson was now expected to be making. The story follows a Susie (Saoirse Ronan) who, after being raped and murdered, narrates from the afterlife how her family moves on afterwards.

Slated to be one of the biggest movies of the year, and definite awards-bait at that, the adaption gutted much of the novel in favor of a more simple story and some mind-bending special effects. Entire plot lines from the book—particularly involving Susie’s parents, the detective assigned to the case, and even the murderer himself—are completely forgotten which takes significant backstory and character development film. This is particularly surprising because at least with Lord of the Rings and The Hobbit Jackson really struggled leaving anything out.

In the scheme of things it was a clear indicator of what would define Jackson’s style when he followed it up with The Hobbit films; indistinct focus, engorged narratives with far too many characters, and an over-reliance on CGI instead of practical effects.

6. The Silence of the Lambs (Jonathan Demme)

A decade of comedies and concert films shouldn’t have culminated in the 1991 masterpiece Silence of the Lambs, but for some reason the recently departed Jonathan Demme thought that a complete one-eighty shift was the way to go with his career, and boy was he right.

His early success can be found in the charming and delirious Something Wild and his impeccable concert movie following The Talking Heads, Stop Making Sense. Demme was prolific in the 80s, but nobody quite expected what the 90s would bring for him. It seems even Demme didn’t know either.

But along came Silence of the Lambs, the only horror film in history to win Best Picture, and it all came from someone who had just spent a decade trying to get people to laugh and love music. In the history of film Silence of the Lambs holds a lofty place amongst others in its genre thanks to Anthony Hopkin’s brilliant performance as the iconic Hannibal Lecter. Demme proves to be more than adept at switching genres, even if the switch was so jarring, and executes the tense, terrifying moments with the ease and grace of a master director.