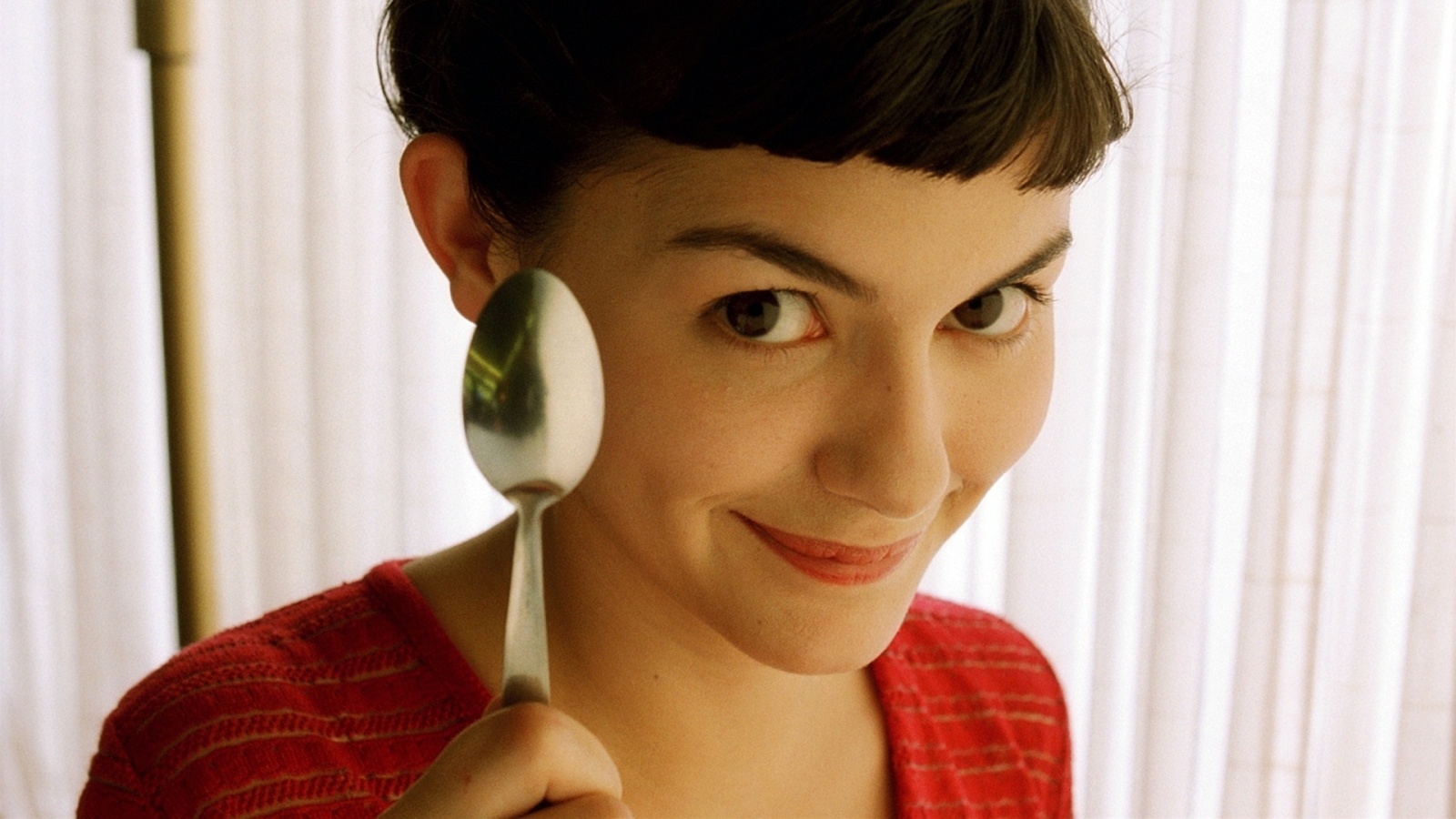 A self -taught director, Jean-Pierre Jeunet was born on 3rd September 1953 in the Loire, France. He bought his first camera at the age of 17 and made short films while studying animation at Cinémation Studios. He met Marc Caro at an animation festival in Annecy in 1974. They worked together on a number of short films, animations, adverts, and music videos. Caro left early in the production of Alien: Resurrection but, no offence, it does seem hard to spot what he brought to the table. If you took his name off the credits it would be hard to spot when he left.

His films are quite easily spotted – use of wide camera angles, lots of elaborate crane movements, extensive use of colour grading, and he likes to cast actors with unusual facial features, step forward Dominique Pinon! His CV would be longer and more illustrious if he hadn’t declined things like Harry Potter And The Order Of The Phoenix, Hellboy, and Life Of Pi.

In short, he is talented, visionary, and very, very French. If the ‘F’ word upsets you then do yourself a favour… search out ‘Foutaises’ or ‘Things I Like, Things I Don’t Like’. Running at under ten minutes it is a perfect sampler of the man’s style, humour, and visual intricacy. He is often mentioned in the same breath as Terry Gilliam, possibly because of the shared roots in animation?

Set 200 years after Alien 3, Alien: Resurrection manages to get Ripley (Sigourney Weaver) back by having her cloned from blood samples. While they were at it, somebody thought it might be a hoot to toss in some of the alien’s DNA into the mix and see what happens. The result is the usual… greedy idiots breed monsters to harvest, monsters escape, carnage, death, destruction, etc. until only the last few remain to save the day.

Commonly held to be the low spot of the Alien series (until Prometheus came along!), but I think it has been badly maligned. After all, any film that has a band of mercenaries turn up in a ship called The Betty can’t be all bad!

The critics themselves seemed confused. Roger Ebert of the Chicago Sun-Times felt “there is not a single shot in the movie to fill one with wonder”, but later named it one of the worst films of 1997. Then there was the ‘who is to blame’ argument; Tom Meek of Film Threat wrote “Weaver and Jeunet’s efforts are shortchanged by the ineptness of Joss Whedon’s script” while R.L. Shaffer of IGN DVD wrote “His (Jeunet’s) award-winning quirky French visual sensibilities don’t mesh well with Joss Whedon’s meat-and-potatoes script.”

The City of Lost Children is a return to the post-apocalyptic, surrealist, fantasy but with a bigger budget!

Krank (Daniel Emilfork) and his gang (mainly made up of cloned Dominique Pinons) set out to steal children’s dreams in an effort to live forever. Unfortunately Krank is so scary he only gets nightmares. One (Ron Perlman) and Miette (Judith Vittet) set out to rescue the children including One’s little brother.

Not having the same success as Delicatessen, it is easy to drop this into the cult category, but I think that is unfair. It is visually beautiful, witty, complex, and, at times, confusing film that tugs at things hidden in the deepest, darkest recesses of your memory and deserves a much wider audience. 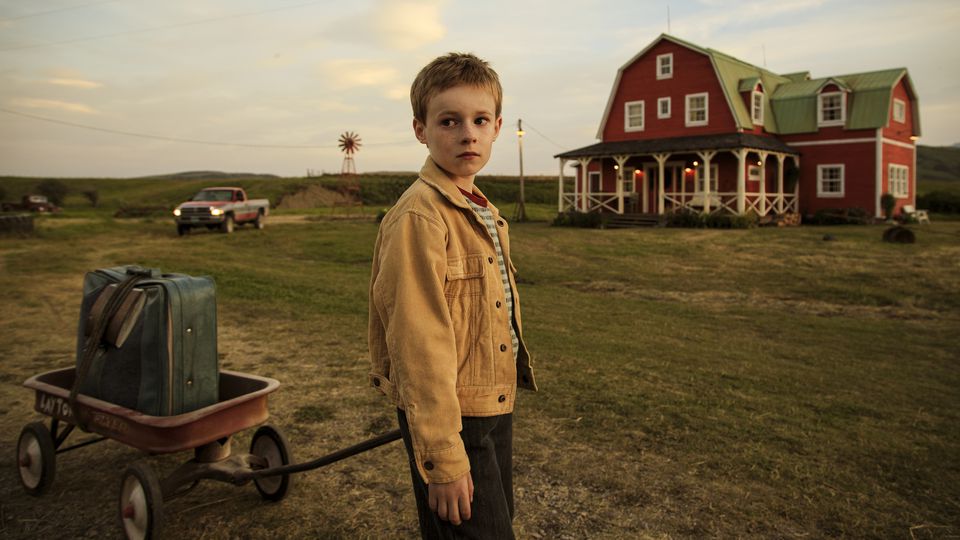 A ten year old prodigy, T S Spivet (Kyle Catlett), wins a prize from the Smithsonian Institution for his perpetual motion machine. Without telling anyone, he sets off from the family ranch in Montana to Washington D.C. to collect his prize and give a speech to a room full of well-dressed guests, none of whom suspects that the lucky winner is a ten-year-old child with a very dark secret.

Another film based on a novel, this time it’s ‘The Selected Works of T.S. Spivet’ by Reif Larsen. There’s also a completely different set of actors (apart from the ubiquitous Dominique Pinon!) including Helena Bonham-Carter as Dr Clair Spivet, the mother of the eponymous hero.

With its over-bright palette and quasi-steampunk sensibilities, there is plenty to please the eye. 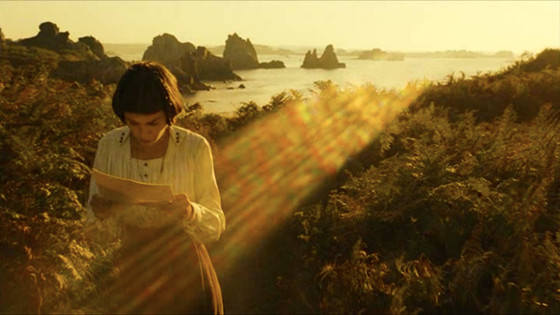 Audrey Tautou plays Mathilde who is searching for her fiancé towards the end of World War One. He is among a group of men accused of self mutilation to avoid the front line at the Somme. Their punishment is to be dropped in no man’s land between the French and German trenches. Mathilde refuses to believe her fiancé Manech (Gaspard Ulliel) is dead and sets out to find him. Jodie Foster has a cameo as a Polish expat in France.

Based on a novel of the same name, written by Sebastien Japrisot, this is a departure from the surreal, dark humour of his other films as well as being a story of some historical consequence. Having said that, Jeunet’s trademark techniques are still very much in evidence, picking up Oscar nominations for both its art direction and cinematography. It was also nominated for twelve Césars, picking up five of them. 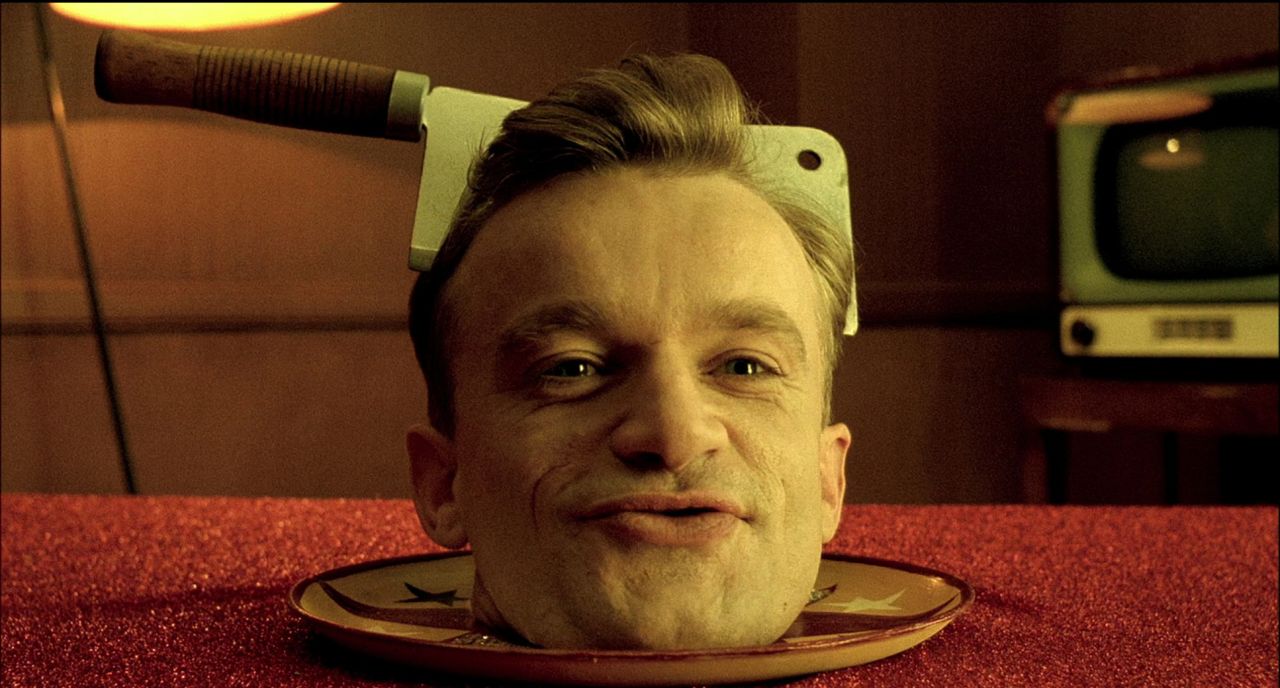 The first full length film by the team of Jeunet and Caro is a surreal delight. Vagabond circus performers, homicidal butchers, militant vegetarians, and lusty postmen come together in a post-apocalyptic black comedy.

Dominique Pinon plays Louison who is formerly of the circus act Stan and Livingstone. He loses that gig after the audience kill, butcher, and eat his partner Livingstone the monkey. He arrives at the apartment block owned by Clapet the butcher (Jean-Claude Dreyfus) after answering a help wanted advert. Eventually he discovers what has happened to the previous helpers and he sets out to, literally, save his skin, helped by the butcher’s daughter Julie (Marie-Laure Dougnac).

So while the subdued lighting and palette, subject matter, set design, and Dutch angles put this film in the noir category, it is also a very funny comedy; check out Aurore Interligator’s (Silvie Laguna) increasingly complex suicide attempts and the squeaky bed scene. 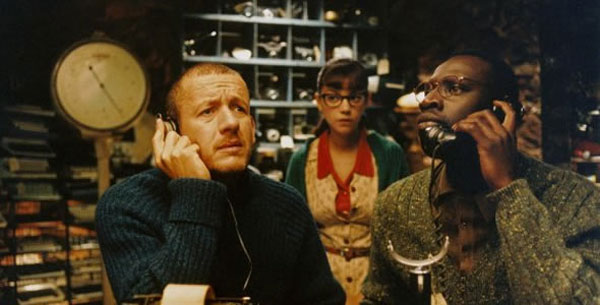 Micmacs or MicMacs à Tire-Larigot is a return to the surreal, absurd, comedic style that made Delicatessen a hit.

The story revolves around Bazil (Dany Boon) whose father is killed defusing a land mine. Later in life, Bazil is a video hire shop worker and gets hit by a stray bullet from a drive by. Following this, Bazil loses his flat and his job and ends up falling in with a crowd of misfits living in a cave carved out of a rubbish tip. Each one has a ‘gift’: a contortionist, a maths prodigy, a human cannonball, and a guillotine survivor.

While out looking for useful rubbish, Bazil comes across two companies facing each other; one made the bullet lodged in his brain and the other made the landmine that killed his father. The group get together to bring about the downfall of the two companies. Being a Jeunet film, this is done in a way that made me think of how Mission: Impossible would look if carried out by Wallace and Gromit.

This is one of those films that bears rewatching to make sure you catch everything that is going on, how many times can you spot the film’s poster? The Paris in this film is idealised and a bit sanitised but nowhere near as much as in Amelie.

This is the one that brought French films out of the art house and into the multiplex. ‘Le Fabuleux Destin D’Amélie Poulain’ a.k.a. ‘Amelie From Montmartre’ a.k.a. ‘Amélie’ was a massive critical and box office hit. It is a quirky fairy tale full of whimsy, spirit, and magic set in an idealised version of Paris.

Amélie (Audrey Tautou) is a mid 20’s singleton with an active imagination developed during an isolated childhood; her eccentric parents incorrectly believed that she had a heart defect and decided to home school her. One night she comes across a time capsule hidden by a young boy many years before. She decides to track down the boy and return his box to him. She is so moved by his reaction that she decides to devote her life to making people happy. One of her endeavours crosses the path of Nino Quincampoix (Mathieu Kassovitz) and, eventually, Amélie finds happiness for herself.

While the majority of, it seems, the world loved it, there were a few detractors… an unrealistic and picturesque vision of a bygone French society with few ethnic minorities, all style and no substance, and trying way too hard to be quirky and cute. As always, invest the two hours and decide for yourself.

Author Bio: Rob is a former teacher, former lecturer, former social worker, former pharmacy dispenser. Newly retired and trawling through Netflix, iTunes, and anywhere else he can catch up on the films he’s missed. He should be able to make a few matinees as well…