When it comes to generating empathy, there are few art forms that can compare to the power of cinema. Cinema can use the power of other art forms such as theater, music and poetry to create moments that affect us as few things can. As Ingmar Bergman once said, “No art passes our conscience in the way film does, and goes directly to our feelings, deep down into the dark rooms of our souls.”

When compelling acting combines with a musical structure that creates an emotional flow, and the poetry of the images is a reflection of those emotions, then the movie has us. The film takes us on a journey of mountains and valleys, and sometimes there are peaks.

There are certain moments in certain films that are so well executed and have an emotional load that feels so honest and real that the moment become fixed in our memory. We remember these moments because they touch us deep within. These moments awake our sensibility in a way that only art can do. Thus, here is a list of some of this so special moments. 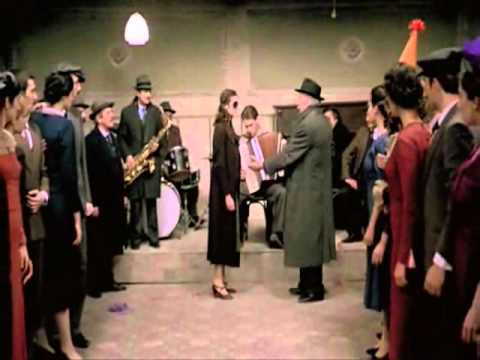 This scene from Theo Angelopoulos’ film is done in a single shot divided in two parts, one a moving exploration of Alexandros’ (Harvey Keitel) childhood family house, and the other a fixed shot of the family dancing and singing at an old ball. The second part of the scene, the static shot, is the most powerful one. As the family dances, the ordinary passing of time is suspended as the characters are in one year and the next minute are three years later.

The dynamic of the shot is difficult to explain and has to be seen to be understood, but we can talk about what happens in the scene, which is nothing less than the story of the family. The family is in the living room where a maiden is playing a piano. They are dancing and humming the melody, as Alexandro’s mother tries to make him dance with her. Everyone is happy, but then the ball is interrupted by the arrival of some strangers who, as the family retires from the living room, take away a man while his wife watches, and the melody of the piano acquires a bluer tone.

As the strangers leave the house, the melody regains its previous tone and the family dances and hums again. They talk about the good things that are happening and Alexandros asks his mother to dance with him. But the strangers come back, the family tries to sustain the happy melody of the piano as the strangers take furniture from the house, until they take away the piano. They cannot sing or dance anymore; they are in silence and the father of Alexandros asks them to take one last picture as he says, “On this land, we live happily for many centuries.”

They call Alexandros, but we don’t see the 40-year-old Alexandros; we see the 10-year-old one. The shot finally moves to make a dolly as we realize that the family we have just seen has disappeared along with their songs, their happiness, and young Alexandros.

9. Seven Samurai – The redemption of Kiluchiyo

The final battle in Akira Kurosawa’s masterpiece is one of the most revered action sequences in the history of cinema. It displays the seven samurai helping the helpless villagers defend themselves against a band of vicious thieves.

The group of samurai is led by old and experienced warrior Kambei Shimada (Takashi Shimura), who constantly rejects Kikuchiyo’s (Toshiro Mifune) attempts to join the group of samurai due to his character. But when the battle starts and the samurai are clearly outnumbered, there is nothing left to do but let Kikuchiyo fight.

During the almost three-and-a-half-hour movie, Kikuchiyo displays constant pride and stubbornness, and he becomes the black sheep of the seven samurai. But in the final moment of the battle, it depends on him to kill the chief of thieves who held the villagers hostage.

He receives a shot but manages to draw away the chief from the villagers and finish him, only to fall dead to the ground. The remaining samurai see Kikuchiyo’s sacrifice as the rain cleanses the dirt from his corpse. This is the moment in which Kikuchiyo becomes a samurai to the eyes of Kambei, who, surrounded by the havoc of the battle, tells his friend that once again they have survived. This final sacrifice by Kikuchiyo embodies the totality of the fight of the seven samurai, as the group sacrifices itself for the villagers, and only a part of them remains.

8. Children of Heaven – The race 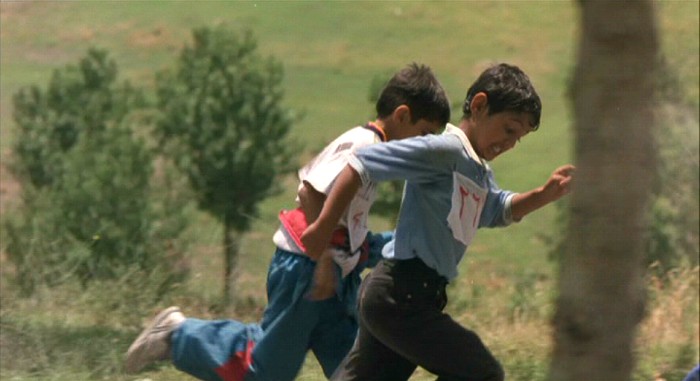 A poor boy, Ali (Amir Farrokh), loses the shoes of his little sister. We see Ali struggling to prevent her sister from suffering from the lack of shoes, but he is powerless to buy a new pair, so they start sharing their shoes. They start a secret dynamic in order keep their parents from noticing the absence of the shoes, as they don’t want their parents to worry, since they barely have any money.

But then an opportunity arises where Ali can participate in race, where the second place prize is a pair of shoes. He manages to get in the race where at least a hundred boys are running. He gets to first place and we see him struggling to stay in second place, even thought he could get to first. But he is not running to win – he is running for the shoes.

To run for the shoes means running for his sisters and for his parents’ tranquility. He is clearly tired but keeps running and then a boy makes him fall. He could lose his chance, but he runs again with more strength, and in the euphoria of the last meters of the race, he does not manage to get in the second place and finishes first.

He won, but the shoes are lost. He cries as everyone congratulates him. This is the moment in which all his impotence comes to him. He is not able to buy the shoes, he is not able to keep his sister and his parents from suffering. He is just a kid.

7. Andréi Rublev – The bell is done

“Andréi Rublev” is film about faith. We follow the Russian painter a bit as the protagonist of a story, and sometimes as merely as a witness. Rublev (Anatoliy Solonitsyn) is in a constant crisis of faith; we see it in the sacrifice a group of people made to make a man fly and in the conversation he has with another painter, but the culmination of that crisis is seen in the final chapter of the film when Andréi sees a young man, almost a kid, lead a crew in the construction of a bell.

Rublev sees the young man struggling to convince the crew to follow his orders. Most of them do not trust him and are afraid to fail since their lives are on the line (especially the young man), but he insists that he and only he know the secret of bell craft. Since his father died, he is the only one who can know the craft. The monk sees the young bell maker almost cry when the bell does not break, and we tremble as the nobles see one of the workers toll the bell and the work is finally done. The work is concluded – he did it.

But the story and the film are not over. Rublev found the young man crying alone under the rain. He asks what’s going on, and the young leader confesses that his father did not give him the secret of the bell craft; he refused to give him the secret, even on his deathbed. All of the craft was a leap of faith. We see Rublev’s crisis reflected in the bell maker, as they hugged under the rain understanding each other. 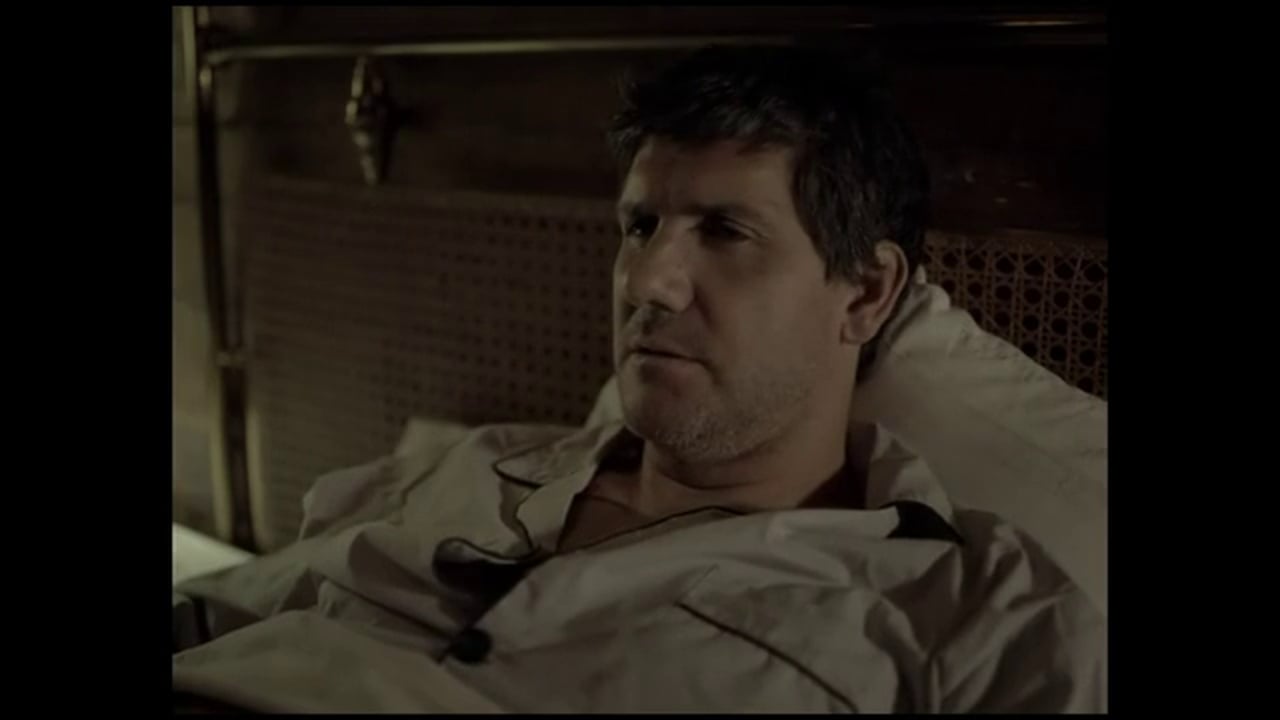 It is always good to talk about Carlos Reygadas, especially when it comes to “Post Tenebras Lux.” The film is neither causally neither chronologically linked. It is not even clear whether some of the things actually happened, or if they are just dreams. Some of the scenes are very dark and ambiguous, but there is a moment of light and clarity in the film, after the kind-of lead character is shot.

After the sometimes strange and sometimes mundane events we see Juan experience throughout the film, we see him on his deathbed with his children asking Rut to play Neil Young’s song “It’s a Dream.” As his kids leave the room and Rut plays the song, Juan starts to look at his room which we see through the beveled lenses – a painting, a picture of him, and his wife through a reflection.

This is the moment in which Rut and Juan say goodbye to each other; the song embodies the dreamlike nature of the film, and it is the light after all the darkness we have seen (“Post Tenebras Lux” literally means “the light after the darkness”). It is a scene done with great honesty. The song, is performed by the actors who do not have any musical training, is sung in the way anyone would sing.