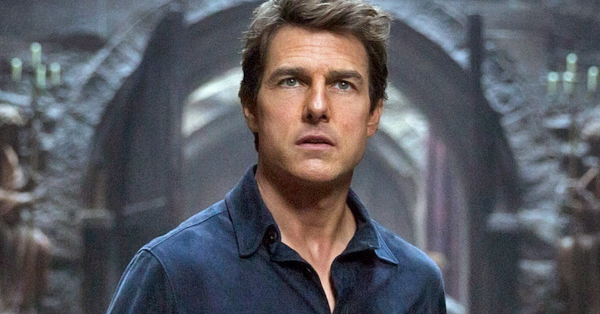 Good news, everyone. 2017 is not as consistently disappointing as 2016. We haven’t ran into any colossal misfires like Batman V Superman: Dawn of Justice, X-Men: Apocalypse, or Zoolander 2. In fact, there have been a surprising amount of pleasant surprises instead.

Wonder Woman, John Wick 2, and Get Out all managed to exceed expectations. With that being said, this year hasn’t exactly been perfect. Like every year, there are still movies that fail to live up to their potential. While some of these movies were iffy to begin with, others seemed poised to really impress. Predicting the quality of a movie is tough, which unfortunately means even the most promising movies fall flat.

For this list, ten movies have been chosen that sadly fail to live up to whatever potential they had. For a movie to be included on the list, it had to show some sign of promise. This by no means implies that the included movie appeared destined for Oscar glory, but it means that it at least showed more potential than Baywatch or Transformers: The Last Knight.

Also note that disappointing does not mean bad. There are plenty of perfectly watchable movies that can be deemed disappointing just because they had so much to live up to. This little note is especially important when you look at the one controversial choice on this list. Aside from those reminders, the following list should be pretty straightforward.

This isn’t the first movie to pop into people’s heads when they hear the word “disappointment.” Most viewers have come to the conclusion that Beauty and the Beast is a perfectly serviceable remake of one of Disney’s most acclaimed animated masterpieces. Unfortunately, it can be considered a disappointment precisely because of its status as a “perfectly serviceable remake.”

It’s well made and it’s fun to watch, but something about it feels stale. To make matters worse, the cast and crew have taken so few risks that the final product ends up feeling inessential. Last year, The Jungle Book proved that that Disney is capable of creating a remake that can rival the original.

Let it be repeated that this is by no means a bad movie. Actually, it’s by and large a good movie. The problem is that the 1991 original is an incredible movie. This new take on the tale may be shinier, but it never does enough to feel necessary. When you can easily pick up the original Diamond edition, there’s not much reason to revisit this one after you’ve seen it the first time. 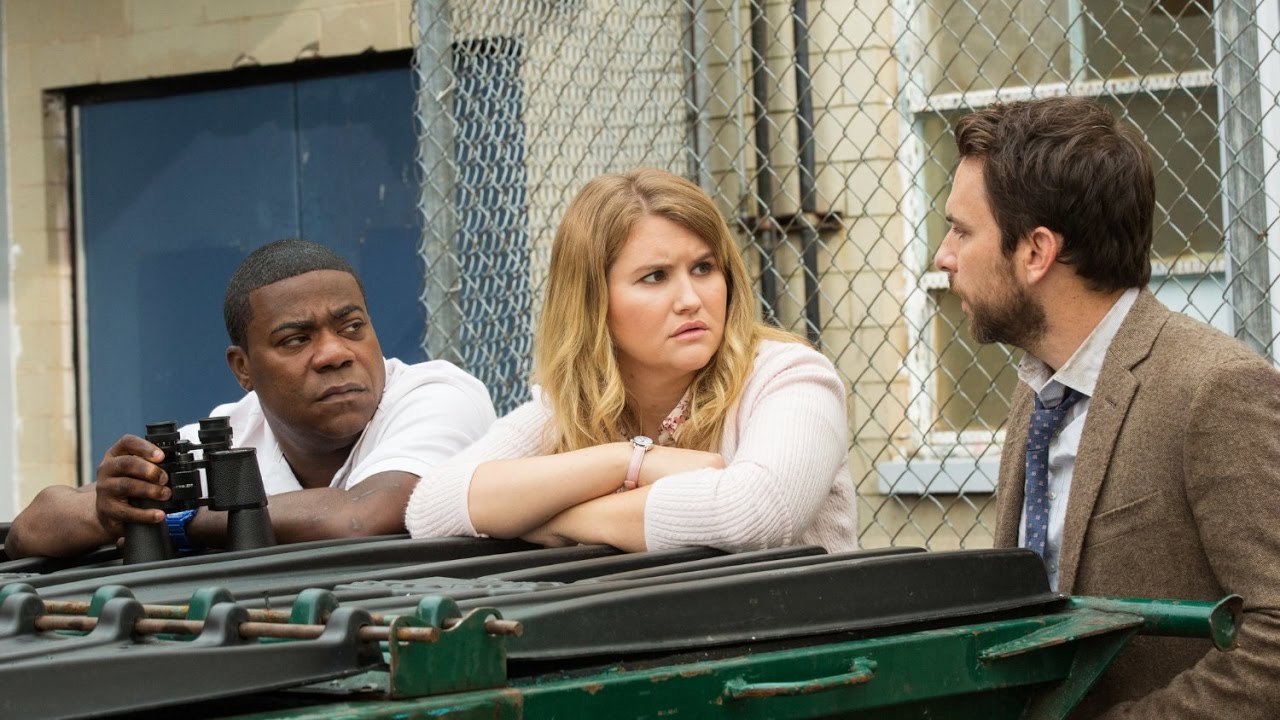 Fist Fight was never going to be a masterpiece, but it could have been a fun R-rated comedy courtesy of frequent It’s Always Sunny in Philadelphia director Richie Keen. With a cast of comedy greats and a potentially gut-busting premise, Fist Fight could have been the light-hearted treat everyone needed following another predictably dull January dump month. As much as I’d like to come up with several complex criticisms, the biggest problem with the film is that the jokes simply don’t land.

The cast does a fine job working with what’s given to them, but the script just isn’t good enough. The movie is packed with comedy clichés that feel downright lazy. 2017 hasn’t been a standout year for raunchy mainstream comedies so far, but at least movies like Rough Night and Snatched can earn some laughs without relying on tired gags.

These two movies are anything but perfect, but they have the benefit of feeling somewhat authentic. Fist Fight feels like it was made by some kind of comedic robot that borrows pieces from other, funnier movies.

The big finale is admittedly pretty entertaining, but by then it’s hard not to feel let down. Ten minutes of entertainment hardly makes up for the preceding eighty minutes of mediocrity. It’s not completely laugh-free up until that point, but the few scattered chuckles don’t stop this movie from feeling like a waste of time. Everybody involved could do better, and so could the viewer. 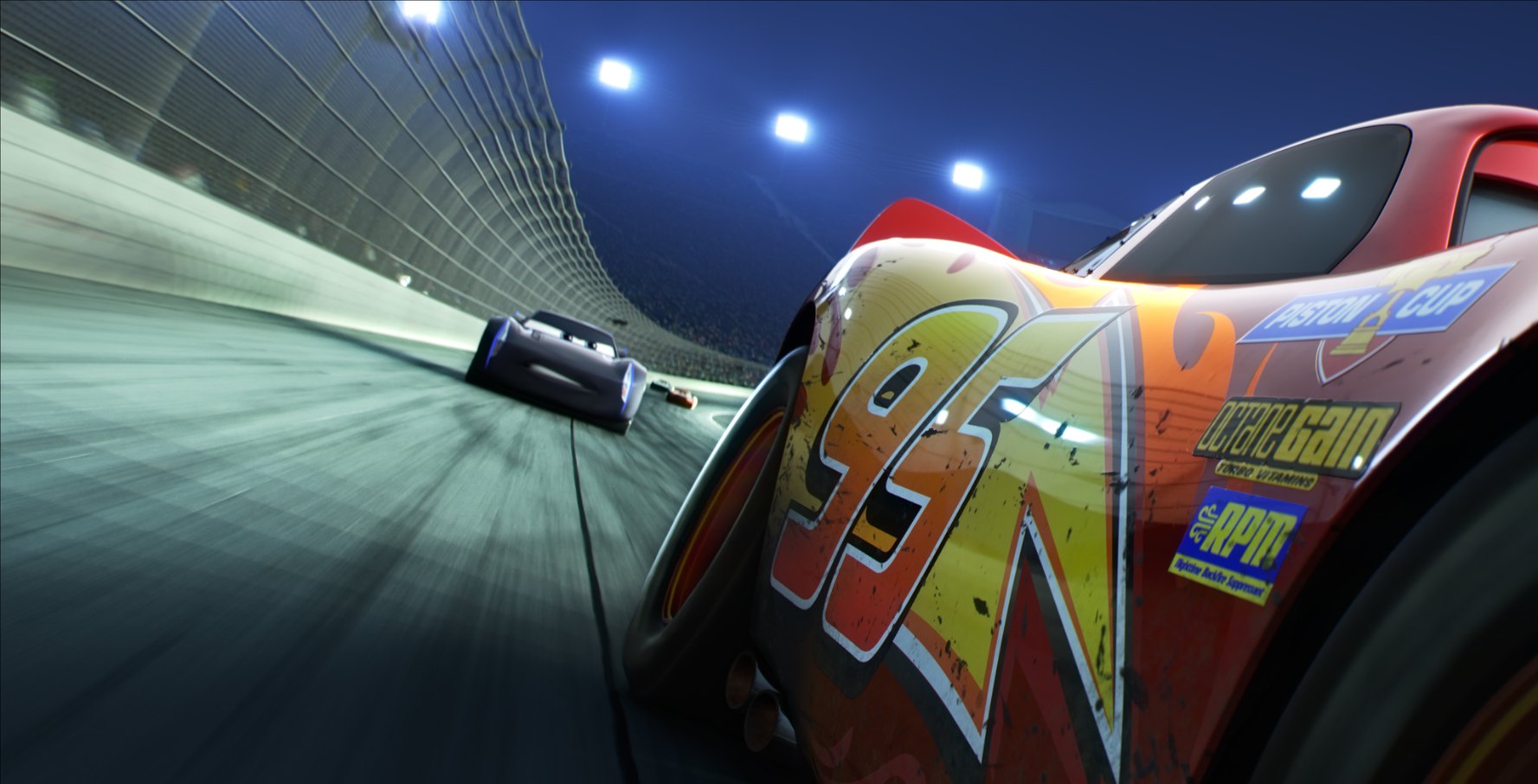 Cars 3 is a step up from Cars 2. Then again, Teenage Mutant Ninja Turtles: Out of Shadows is an improvement over the original but that doesn’t make it a good movie. Pixar’s latest unwarranted sequel is a fun distraction. It’s hardly the worst animated movie of the year considering disasters like Rock Dog and Smurfs: The Lost Village. It’s just a shame that Pixar keeps putting their effort into uninspired sequels rather than creative original films.

There’s a reason why Cars 2, Monsters University, and Finding Dory all missed out on Oscar nominations. They’re not up to the same standard as movies like Inside Out and Wall-E. They’re fun to watch, but they feel like afterthoughts compared to the studio’s more prestigious outputs. Cars 3 is no exception.

With every newly announced sequel, Pixar diehards can’t help but feel hope. Even with Pixar’s least acclaimed series, it’s easy to assume that they’ll get it together and release something special. After all, they had to have learned their lesson after Cars 2, right?

When the third entry in the series was finally released, critics were happy to report that it was a step up from its predecessor. They were less happy to report that it’s still bottom of the barrel when judged alongside other Pixar movies. It’s not like Pixar has exactly been on a winning streak lately, but Cars 3 still feels like a misfire coming from the acclaimed animators. It’s a good movie, but after viewers have become so used to great movies, the disappointment still stings.

The latest Cars movie isn’t the worst Pixar movie, and that’s great news. It is, however, somewhere in the bottom three. It’s a good animated movie, but it’s not a good Pixar movie. It has emotional maturity for a Cars movie, but it’s nothing compared to Up. Hopefully Pixar will finally put the series to rest after this one. It’s been a moderately successful trilogy, so let’s leave it at that. 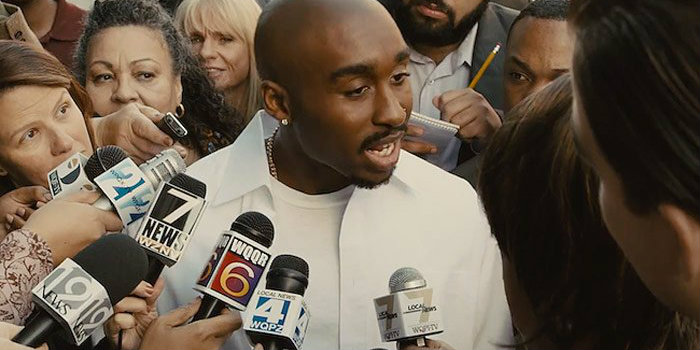 The problem with All Eyez on Me isn’t that it fabricates countless details. Movies “based on true stories” always add in pieces of fiction. All Eyez on Me is problematic because it’s a by-the-numbers biopic that offers no insight into who Tupac was as a person. Despite the lengthy runtime, All Eyez on Me offers little more than a Wikipedia entry into the rapper’s life. There’s nothing groundbreaking or surprising here, which is made even more inexcusable thanks to the complete lack of entertainment value.

We know that Hollywood can crank out some stellar music biopics. After Straight Outta Compton, we deserve more than than this hamfisted cash grab. Shipp Jr. makes a great Tupac. His performance is the only thing worthwhile in an otherwise abysmal movie. The soapy script, amateurish directing, and lack of imagination all make it hard to focus on this one positive aspect.

All Eyez on Me never rises above mediocrity. More often than not, it’s flat-out bad. It’s so frustrating that a story with so much potential has to be wasted. Like last year’s Nina, All Eyez on Me feels like a made-for-TV movie pushed to theaters in order to earn a couple bucks. Admittedly, it has done fairly well at the box office. Hopefully that doesn’t mean studios will continue to rush out sloppy music biopics. Let’s leave Kurt Cobain, Prince, and Chuck Berry alone until we can get their story right.

A return to horror was long overdue for James Gunn after he wowed critics with Slither. Unfortunately, Gunn was not behind the camera for The Belko Experiment, but he did write the script. The film instead comes courtesy of Wolf Creek director Greg McLean. Considering Wolf Creek’s status as something of a horror cult classic, this was actually pretty good news. A combination of Gunn’s dark humor and McLean’s raw grit should have resulted in a unique and memorable experience.

It didn’t. The Belko Experiment is a decent way to spend an hour and a half and nothing more. It offers plenty of gruesome carnage, but it’s about as empty headed as your average Michael Bay movie. Granted, the plot actually makes sense unlike a Bay movie, but that doesn’t make the lack of intelligence any more frustrating. What’s even more frustrating is the fact that the movie should be intelligent in theory. The premise opens up so many opportunities for social satire, but The Belko Experiment chooses buckets of blood instead.

As easy as it would be to blame McLean’s dull direction, many of the problems result from a subpar script. The dialog is fine, but the story leaves a lot to be desired. Plenty of movies excel regardless of their weak scripts, but this one is simply too stale. It doesn’t have the style or the entertainment value to make up for weak storytelling. It’s not the worst horror movie of the year, but it’s definitely one of the biggest letdowns within the genre.