Bigger isn’t always better when it comes to film casts and often the most poignant, powerful movies feature just two actors shouldering most of the plot. These are some of the best films where the majority of the action and dialogue are carried out by just two characters.

10. Conversations With Other Women 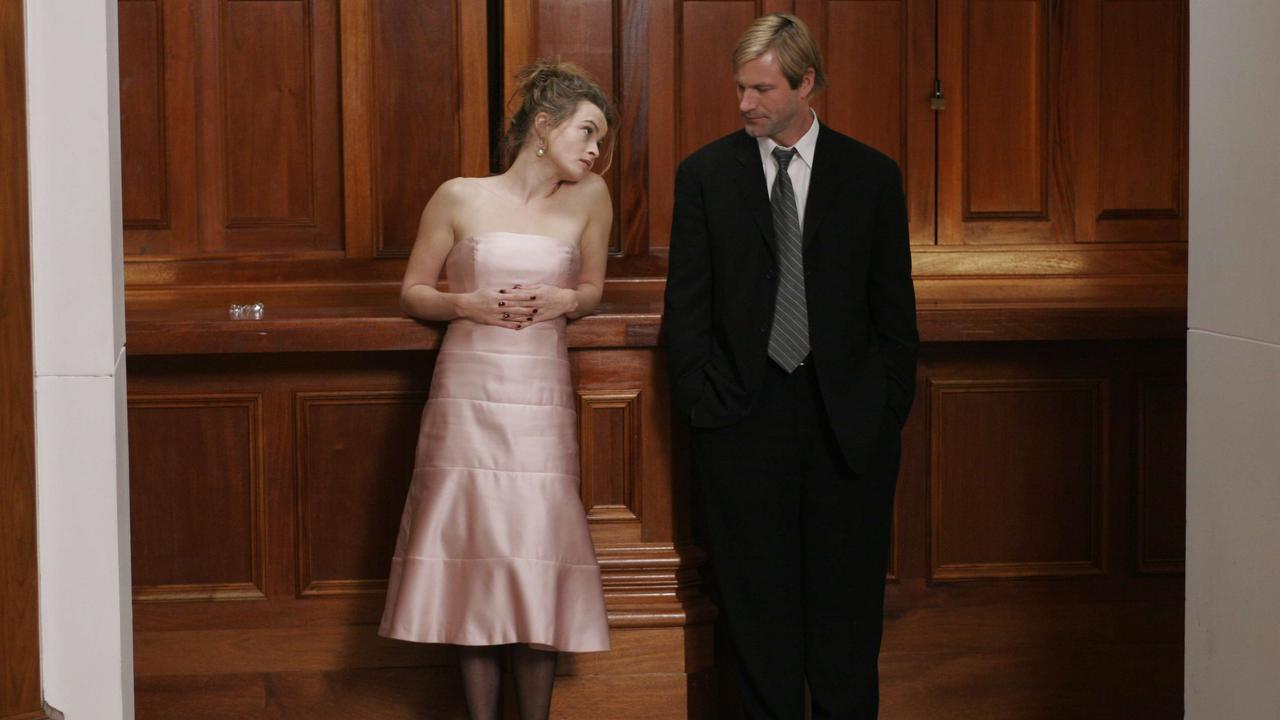 At the end of every relationship there are two people left wondering what things would have been like if they had stayed together. Conversations With Other Women is a movie that explores the dream of getting to spend just one more night with the person you used to love, so you can have a last chance be who you once were.

Aaron Eckhart and Helena Bonham Carter play the couple at the center of the story, who were married in their early 20’s and have met up again at Eckhart’s sister’s wedding for the first time in decades.

The majority of the film is shot in split screen, with one side showing us what Eckhart sees and the other following Carter’s point of view. Occasionally, one of the screens will show flashbacks to the two of them during their marriage, but we thankfully only get a few glimpses of the past so we are left to fill in the blanks ourselves.

The dialogue flows very naturally in this overlooked early 2000’s film that is billed in the trailer as being about “second chances,” but is really about coming to terms with the fact that with some relationships you will never be able to get the timing right and while it’s fun to look back and wonder what could have been for one night, when faced with the light of day you need to move on.

The first in Gus Van Sant’s Death Trilogy, which is comprised of this film, Elephant, and Last Days, Gerry follows two friends (Matt Damon and Casey Affleck) who set out on a hike in the desert and soon realize they are lost. What follows is a brutal exploration of what people become when they are deprived of food and water and hope. As with all films in the Death Trilogy, Gerry is based on real events, and like its sister film Elephant, what makes Gerry so powerful is how real the dialogue feels.

Damon and Affleck begin as regular 20-something guys, making jokes about dumb things they saw on TV and complaining about tough video game levels, before slowly losing touch with reality and eventually turning on each other as the days stretch on. It’s the kind of film that presents you with a terrifying yet completely plausible situation and leaves you questioning whether you would have behaved the same if put in the same predicament, which is the most frightening prospect of all.

Outer space is frightening. It’s vast and overwhelming and human beings cannot survive in it. This is likely why many excellent movies set in space revolve around small casts, like Moon or The Martian, so they can isolate the main character in order to explore themes like loneliness and fear that are often associated with space.

While the bulk of Gravity features just Sandra Bullock as a stranded biomedical engineer trying to make her way back to earth, we also get a few scenes with doomed astronaut George Clooney that serve to provide a little banter, heighten the emotional element, and give Bullock’s character the motivation she needs to keep fighting in a situation that seems completely hopeless.

Regardless of how you feel about Bullock or Clooney, Gravity is a visually stunning film by one of the most interesting directors in Hollywood, Alfonso Cuarón, and that alone makes it worth a watch.

Before she was everyone’s favorite fast-talking pregnant teen, Ellen Page starred in this considerably darker film where she plays a young girl who is lured into the home of a much-older photographer (Patrick Wilson). Or is she the one who lured him?

While Hard Candy begins as a traditional cautionary tale about the dangers of teenagers meeting up with strange men they’ve met over the internet, it quickly flips convention on its head by turning Page into the hunter and Wilson into the prey. The two verbally and physically spar for the next hour as the film slowly reveals both characters’ motivations and ultimate plans.

The film’s climax is not for those with weak stomachs, but the violence in Hard Candy is far less interesting than the dialogue between the two characters and the questions it raises regarding innocence, punishment, and control.

What follows is a fascinating philosophical debate about the nature and meaning of life that proves to be an excellent backdrop to highlight the talents of both actors. Based off a play by the renowned author Cormac Mccarthy, The Sunset Limited could be a disaster if put in the hands of lesser actors, but Jackson and Jones are just skilled and weathered enough to pull it off. Let’s hope they don’t try to remake it.