After their third child is stillborn, Kate and John Coleman (Kate Farmiga and Peter Sarsgaard) decide to adopt a nine-year-old Russian girl named Esther. Following a number of incidents – including a damn right creepy scene in which Esther attempts to seduce her adopted father – the couple begin to ponder that things with Esther might not be all they seem.

The Twist: Kate receives a call from the director of Saarne institute, who informs her that Esther is actually an extremely violent and disturbed thirty-three-year-old woman who suffers from a rare hormone disorder, which has caused her to retain the physical appearance of a child and enable her to spend most of her life posing as one. While on paper this might seem like a ridiculous plot twist, it was actually a refreshing change from the numerous possessed child tropes. 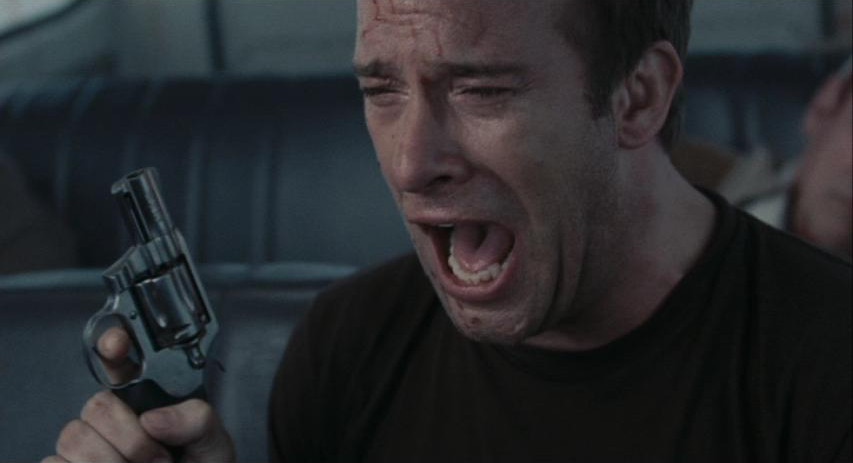 The Mist – based on the Stephen King novella of the same name – tells the story of a group of people from a small town who, following a severe thunderstorm become stranded in a local supermarket while they struggle to survive an unnatural mist which conceals a number of monster-like creatures.

The Twist: After the car – containing a group of five who escaped the supermarket – runs out of gas, the group decide there is no point in continuing as they face certain death. As there are only enough bullets for four of them, one member of the group (David) takes it upon himself to shoot the rest – including his eight-year-old son – to prevent them from experiencing horrific deaths at the hands of the creatures.

As David exits the car to meet his fate, the mist clears and he is greeted by the US army. David drops to his knees and begins to scream in sorrow, realising that they were only moments from being rescued and there was no need to take his son’s life.

Set in the immediate aftermath of the Second World War, a mother (Nicole Kidman) and her two young photosensitive children live in a darkened remote country house on the British Crown Dependency of Jersey. Following the arrival of three servants – who arrive at the house prior to the job advert even being posted – The mother begins to believe that the house is being infiltrated by intruders while dismissing the children’s claims, that the uninvited guests are in fact ghosts.

The Twist: The mother follows the servants outside to a graveyard and discovers that the servants are ghosts who died over 50 years ago. After hearing the children scream, she returns to the house to find the children with one of the intruders who is an old lady carrying out a séance.

It is soon revealed that the intruders are actually the current occupants of the house and the mother and children are also ghosts. The mother regaining her memory – realises that she lost her mind, smothered her children with a pillow and shot herself due to being isolated by the children’s condition and stricken with grief for her missing husband, who died in the war.

Chances are you’ve heard of a little film called Psycho – not the Vince Vaughn movie of the same name – but the 1960 classic horror film, directed by Alfred Hitchcock. Widely considered as the earliest example of the earliest entry in the slasher genre, the film focuses on a secretary who after stealing money from her employer, finds herself laying low at the Bates motel – which is managed by a peculiar fellow named Norman Bates, who lives at the motel with his mentally ill mother.

The Twist: While hiding in the cellar, a character named Lila finds Mrs. Bates sitting in a chair – Discovering to her horror that she is, in fact, a mummified corpse. Norman – donning his mother’s finest frock and a wig – enters the room brandishing a kitchen knife. Thus revealing that Norman had, in fact, murdered his mother 10 years earlier and had been keeping her alive in his head as an alternate personality.

Saw is a movie about a deranged psychopath who after a failed suicide attempt, dedicates his life to forcing unexpecting victims into life threatening games – with the intention of teaching them the value of life. The antagonist – known as the jigsaw killer – uses a puppet to communicate with his victims by delivering recorded messages that explain the severity of their situation and detail the means by which the victim could survive.

The Twist: The person the film made you think was the mastermind behind the whole thing turns out to be just another victim in the deadly scenario. The real orchestrator of the whole ordeal has actually been in the room the whole time, posing as a rotting corpse.

And as the lone survivor – who had to hack off his own foot off to get free – attempts to escape towards the door and to freedom, the corpse – now revealed as the real Jigsaw – rises up like an extra from The Walking Dead, turns off the lights, yells game over and seals the door – Leaving Adam to die alone in the bathroom.