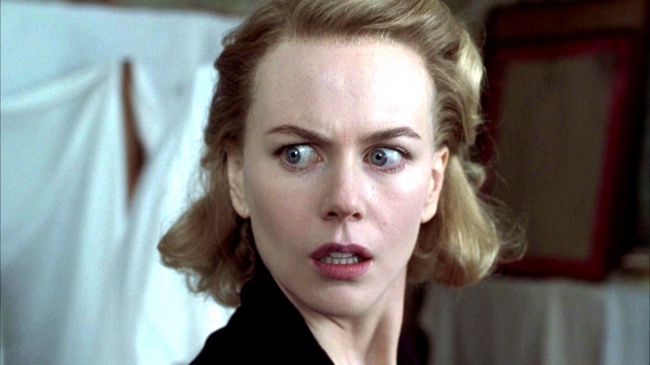 Evil ghosts and supernatural beings can be really scary, even more so if they are wrecking havoc in your home. Keeping you up at night, destroying your possessions, and trying to kill you, a vengeful ghost can prove to be not fun company in your house.

Over the years, there are countless horror movies that have people battling entities in their home. Many of these movies have stood the test of time and proved to be the best of the best. Here are the 10 best haunted house movies. 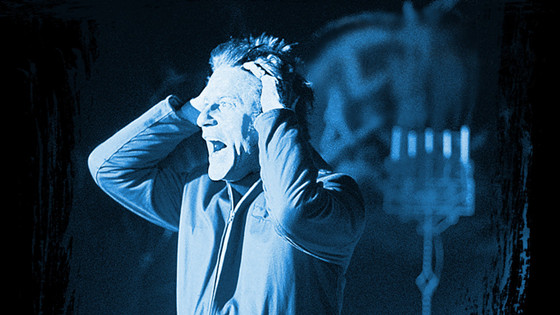 The Legend of Hell House is a wild ride of a film that has it all: evil spirits, sex, gore, and a possessed cat. The movie opens with Rudolph Deutsch (Roland Culver), an elderly millionaire hiring Doctor Lionel Barrett (Clive Revill) to investigate the Belasco House for signs of any afterlife. Deustch is obsessed with finding out if there’s life after death and wants Barrett to prove it.

Barrett is given one week to provide proof or disapprove Deutsch’s theory and receive a substantial amount of money. Barrett gathers his team including psychic medium Florence Tanner (Pamela Franklin) and sets off for Belasco house. When the group arrive, things start to instantly get weird as Tanner begins to experience physical manifestations. Barrett is even attacked by something he can’t see and blames Tanner for his injuries.

Things start to completely unravel as both Tanner and Barrett are killed. The remaining group have to do battle with the house in order to survive.

The Legend of Hell House is a goofy and insanely entertaining film that somehow passed with a PG rating in 1973.

The 2013 movie The Conjuring proved to be both a critical and financial success and went on to revitalize the horror movie genre. The film is about the Perron family who move into their new home in Rhode Island and soon discover that it may be occupied by a ghost. Various strange events occur that forces the family to seek out the help of the married demonologists Lorraine (Vera Farmiga) and Ed Warren (Patrick Wilson).

Lorrain and Ed discover that the house was the home of a witch named Bathsheba who killed her own child in a sacrifice to the devil before killing herself. They also come across various signs that suicides and murders took place on the property over the years. In order to catch Bathsheba in the act, the duo set up various cameras around the home and record supernatural events taking place.

The Perron family decides to leave their home to escape the witch’s vengeful nature but Carolyn Perron becomes possessed by Bathsheba. She lures her children back to the house in order to kill them which forces Ed to perform a hasty exorcism, but Bathsheba will not go down with a fight.

The Conjuring is a terrific horror film that helped to bring success to the haunted house genre after a string of underwhelming movies.

Over the years, Poltergeist has become a classic horror film that is still enjoyed by many today. The movie is about the Freeling family who live a rather comfortable life in Cuesta Verde, California. Steven Freeling (Craig T. Nelson) and his wife Diane (JoBeth Williams) have three children. One night, their daughter Carrie Anne awakens and starts to talk to the television and the following night a hand comes through the T.V. An earthquake occurs and shakes the entire house as the family panics.

Things start to get even stranger as various events begin to happen in the house. Utensils start to break randomly and furniture moves on it own. The family is disturbed by what is going on around them and when a tree grabs Robbie through the window, everyone is frightened. When Carrie Anne is pulled into a portal in her closet, the family seeks out the help of parapsychologists.

Steven learns that the house was built on a cemetery and that the spirits are not at rest. He learns how to get Carrie Anne back with the help of the parapsychologists and is able to rescue her. When everything seems fine and back to normal, the family is relieved. However, the ghosts have much more in store for them.

Poltergeist is a frightening good time with some of the most interesting special effects for its time. The memorable scene with the hand coming through the television is an often copied scene that has popped up in many horror movies.

Beetlejuice was the first collaboration between Michael Keaton and director Tim Burton and has gone on to be a cult classic. The movie opens with Barbara (Geena Davis) and Adam Maitland (Alec Baldwin) heading out to their Connecticut country home for a vacation.

When a dog hops out into the road, they swerve to not hit it, but end up driving into a river. Barbara and Adam exit the car and go to to their home but soon discover that they may be dead due to their inability to cast any reflections. They also come across a book that has information on life after death.

Soon after, the Deetz family moves into the now vacant house including Lydia Deetz (Winona Ryder). Barbara and Adam attempt to get rid of the family by scaring them but are unable to do so. They also learn that Lydia can see them and they strike up a friendship with her. They decide to seek the help of Betelgeuse (Beetlejuice) an eccentric ghost to help get the Deetz family out of the house. However, Betelgeuse turns out to be more than they bargained for as he begins to wreak havoc on the Deetz family.

Beetlejuice is a funny movie that features a great performance from Michael Keaton as Beetlejuice. The performance is deliberately over the top and displays Keaton’s versatile abilities.

The Others is another gothic horror film but with an interesting twist. Nicole Kidman stars as Grace Stewart, a mother of two children, Nicholas and Anne, who have a condition that makes it hard for them to be in the light. The family lives together in a country home that is quite isolated.

Grace hires three new servants including the elderly Mrs. Bertha Mills. Mills tells Grace that she actually worked in the house many years ago. Grace explains to her that her last servants left without any warning to which Anne states that they left because Grace went mad. However, Nicolas disagrees.

Grace begins to suspect that something is going on in the house as unexplainable things start to happen. She sees a piano playing by itself and her dead husband even returns to her. In a fit of hysteria, Grace kicks the servants out of the house and tries to figure out what to do with the intruders in her house.

The Others is a suspense-driven film that comes to a head when a big twist is revealed later in the film. It is a shocker that will have you reevaluating all of the movie from the very beginning.