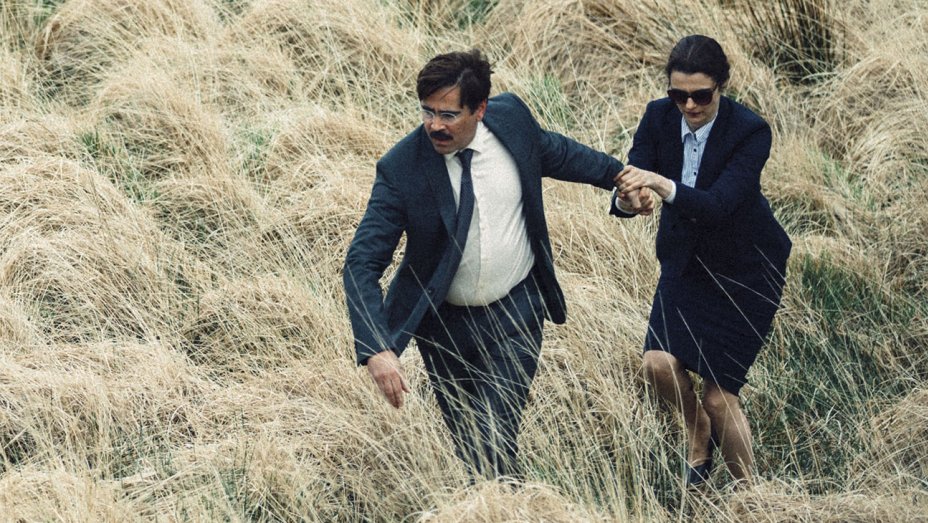 Many people complained about the lack of good films in 2016. While that may be partially true, when all’s said and done, this past year gave us some very interesting films for our viewing pleasure.

The American big budget arena was mostly dominated by comic book adaptations, some of them good, and some not so good. The most important thing is that an independent scene around the world (as well as in the US) gave us some excellent movies. The European and Asian markets proved their strength again, and South America proved itself again as a big cinematic force.

Some of these films debuted in 2015 at various film festivals and made it into wider distribution in 2016. Below is my list of the 10 best films that came from Europe in 2016.

“Toni Erdmann” is the third film directed by German director Maren Ade. The film was a great success both critically and commercially, and is one of the most heartwarming and funny movies in recent years.

The plot of “Toni Erdmann“ may look to someone like déjà vu, as we’ve seen many films with similar plots in the past; a father who likes to play practical jokes (Peter Simonischek), a very idealistic person in their nature going to visit his estranged daughter (Sandra Hüller), and during that visit, he tries to break the ice created during the years of emotional desertion in and around her.

The main treasure of this film are its characters and their actions, who provide very good acting, and a true warmness that emits from the film, and gives the humor another dimension rarely seen in films of this kind.

“Toni Erdmann” is an honest film about interesting, warm, sad, and funny characters. Some of them have hope for a better tomorrow, and some of them are rediscovering this hope and through a mutual understanding and connection, they put that into action. Hope and action are important in the world of “Toni Erdmann”.

And all this is shown without too much moralizing and without explicitly stating the message, but with excellent acting creations and non-intrusive direction. “Toni Erdmann” is an actors’ film and one of the better of its kind from 2016.

Cristian Mungiu is one of the better and more famous Romanian directors, and his films are a very important part of the Romanian New Wave. His film “4 Months, 3 Weeks & 2 Days” is considered one of the most important Romanian films, and along with films like “California Dreamin’” (directed by Cristian Nemescu) and “The Death of Mr. Lazarescu” (directed by Cristi Puiu), helped the resurrection of Romanian cinema in the 21st century. His new film “Bacalaureat” (“Graduation”) again showed the director at his best, bravest, smartest, and most outspoken about the burning problems of his country.

The main hero of his new film is Dr. Romeo Aldea (Adrian Titieni), who wants to secure the future of his daughter Eliza (Maria-Victoria Dragus) in every way possible. She is on her way to receiving a scholarship in the UK, but then something terrible happens – she is attacked and badly hurt on her way to school. All of this happens before her final exam, which would seal her way to the UK. Her hand is broken, and she will be probably be unable to write for her exam.

Now, her father must do two things: discover the identity of the person who assaulted her, and at the same time, try to help her pass the exam in spite of her hand injury. But that’s not easy for him, because he would have to compromise his principles in the process. How long can he go?

Mungiu’s direction is very minimalistic and very effective. He follows the downfall of his hero with precision and wants us involved in his situation. His characters are never one-dimensional, and their decisions are never left without consequences. The consequence for the main hero is that he becomes what he detested the most. This is a highly metaphorical story about today’s Romania, and the inability of the land and the people to transform and destroy the burden of the past.

It is also a film about the responsibility of a parent towards their children. How much can they sacrifice, where is the boundary between right and wrong in these situations, is it really good to do that for their kids, will their future be really safe in circumstances like this? “Bacalaureat” is a smart and provocative film about today’s Romania and with the themes being very much universal.

With “I, Daniel Blake”, we have another situation of a big and influential director (Ken Loach) returning and making another very good film. Returning to a theme that’s very common in his filmography – the clash between the unemployed, the homeless, and the government – he again succeeded in making a good film with a very slippery theme.

How did he succeed in doing this? He did so because this film and this story, like so many of his films and stories before, are told without bombastic messages and parables in mind. It succeeds in telling its story and making a point about the traps and difficulties that marginalized groups in today’s UK are going through.

The film suggests a possible way out of these traps, and that’s (like in Loach’s earlier films) a constant fight, leading to the unbroken spirit of those people. His Daniel Blake (Dave Johns) is persistent to succeed in his case until the end, but even more than that, is his wish to help single mother Katie (Hayley Squires) and her children.

The most important thing about this film is Loach’s honesty in approaching the material – we can feel that this is a theme that genuinely interests him, and that the fight of the main characters is also his own fight (which, as it’s already said, without bombastic messages, you can really feel the honesty here).

Loach knows that his film cannot produce a miracle, but perhaps it can move somebody and make them conscious about the bureaucratic system in which they live. His films talk to all social classes and give an honest appeal for their abolition. And his heroes, through their emotional relationships and readiness to fight, are shown as a people who want their lives to be full of safety and love. Their unbreakable spirit is the direct mirror of director’s spirit.

7. Hymyilevä Mies (The Happiest Day in the Life of Olli Maki, directed by Juho Kuosmanen) – Finland

“Hymyilevä Mies“ (“The Happiest Day in the Life of Olli Maki”) is one of those films that doesn’t look very promising at first sight. The plot, the characters, and the whole point of the film (if you look at them on the surface level) are not offering anything than what’s already been seen in many thematically similar films. But if you watch it with an open mind and heart, this warm and beautiful film has lots of new and interesting things to offer.

It is based on real people and happenings around the World Boxing Association featherweight championship and its title fight between Finnish boxer Olli Mäki (played here by Jarkko Lahti) and American boxer Davey Moore (played by John Bosco Jr.).

The film has a simple and effective form and is very much based on acting creations. The reconstruction of the 1960s, where the story takes place, is meticulously well done, but this is not the main concern of the film – central to everything is the relationship between the Olli and his girlfriend Raija (Oona Airola).

Black-and-white photography additionally helps in the reconstruction of the 60s, but it helps even more in how it highlights the emotions and interplay between the two main characters. Also, the little acts of love and tenderness make us sympathize even more with the characters.

This is not a “slice of life“ kind of film; the real events are dramatized and made part of the director’s vision. Juho Kuosmanen expertly used “sacred minimalism” and created a film that has an authentic strength.

Also, “The Happiest Day in the Life of Olli Maki” is heavily follows the formula of Ron Shelton, who, in his sports film, paid far more attention to the people and less to the sports results.

The emotional strength and skill of the actors is very strong in this film, and because of that, the whole worldview of the film does not look like a cliche. Everything in this “little – big” film is in the right place, and it gives us a much needed dose of warmth and beauty. 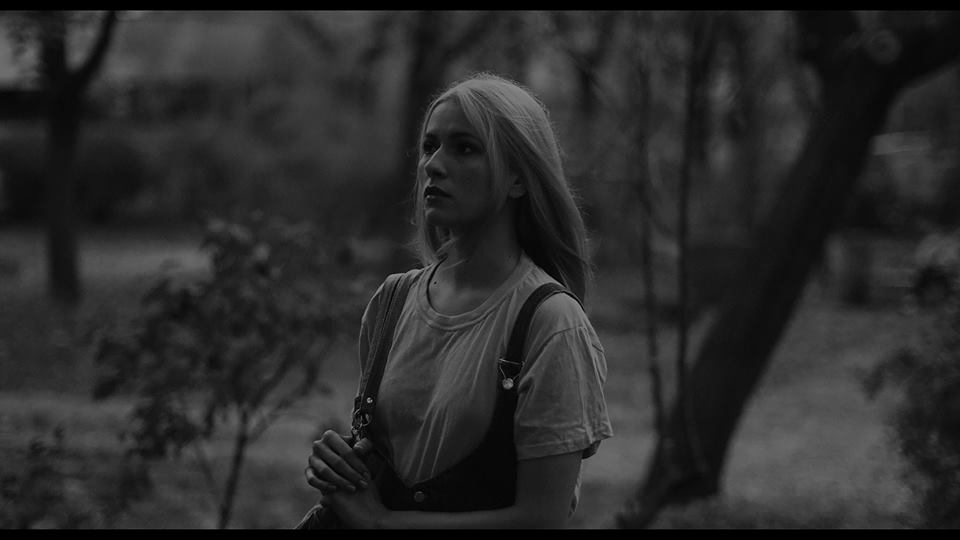 In the last decade, Serbian cinematography saw the emergence of some very talented young directors, of which we can and must count on in the future. One of those directors is Momir Milošević, whose feature film debut “Otvorena” (“Open Wound”) turned out to be one of the better Serbian films of recent years, and is possibly the start of a promising career.

Before this film, he was known as a director of very interesting short films; for example, horror film “Mrkli mrak” (“Bleakness”) and the thriller “Intenzivni udarac u glavu” (“Jackhammer hit to the head”).

With “Open Wound”, he chooses to make a film about a relationship; in this case, with a predominant motif of unrequited love, in the high school milieu. Alisa has fallen in love with her friend Sara, but Sara is not interested in the relationship. Because of that, Alisa falls into a depression, but near the end, the roles became inverted.

Internal tortures of our heroines get a physical manifestation, and at that point, the film goes more into horror territory, with a big inspiration from David Lynch’s “Eraserhead”. The last part of the film has a lot of very disturbing body horror elements.

“Open Wound” is shot in very expressive black-and-white photography (another “Eraserhead” parallel), with an interesting stylistic decision – we see only the faces of the two leads, and the others are seen from the neck down. This photography is a big plus of the film, because it is perfectly in sync with the main atmosphere and feelings of the two girls.

“Open Wound” holds its intimistic tone very well throughout, without swaying from the main path (the portrait of the dynamic love relationship of the two leads, and their relationship with the surrounding elements). It is definitely one of the more interesting European films of 2016 with its director as a promising name for the future.