Since the beginning of their renaissance over the past decade, superhero movies have quickly become some of the most profitable and popular films that are highly anticipated by audiences every year. It seems each year sees one or two big blockbuster superhero films that break box office records and receive rave reviews from critics.

But 2017 has been a watershed year for the superhero genre, seeing no less than eight major motion pictures released that cover DC and Marvel properties, and even one outlier. These films all vied for both the audience’s attention and positive critical reviews—but not all of them found such success.

For every massive crossover hit like Wonder Woman there was a disappointing Justice League; for every bright, colorful romp like Spider-Man: Homecoming there was a dark, downbeat film like Logan for counterbalance. Even years into the era of big-budget superhero films, it seems studios are still experimenting with what works in adapting popular comic book characters into live-action movies.

2017 has been a revelatory year for the superhero film genre in that there were so many different takes on how to make one. While it seems some properties are hewing ever closer to perfection, others seem hopelessly clueless in adapting the source material. With this in mind, let’s take a look at all 8 major superhero films released in 2017 from worst to best. 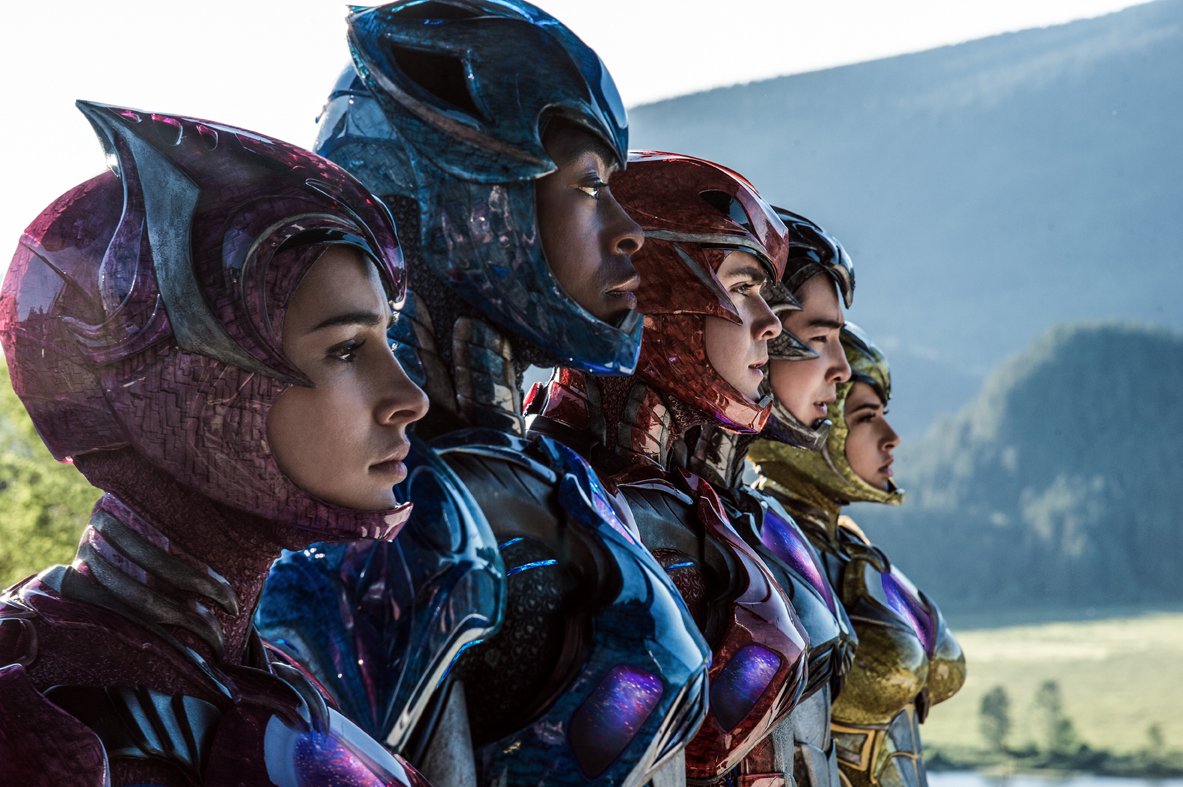 But despite the film’s efforts to update the concept to the 21st century, including incorporating members of the LGBTQ and autistic community to be part of the Rangers, the film struggled to perform at the box office.

Part of the problem is that it lacked the campy quality the original series had, which held much of its appeal to Western audiences. Another problem was tone: oscillating between being silly and being serious, Power Rangers never seemed to land on either, instead making the film tonally confusing to the audience. While it’s a fun enough film to watch, there is also little for the original fans of the series–now approaching middle age–to grab onto, while their children would be confused why they should care one way or the other.

Look: this is a children’s movie, but for a kid’s movie, it’s a lot of fun. Written and produced by the same team that made The Lego Movie, The Lego Batman Movie is a surprisingly good adaptation of the familiar Batman characters while also working as a fun movie for the 10-and-under set.

Will Arnett reprises his role from The Lego Movie to voice Batman, while comedian Zach Galifianakis voices The Joker and Michael Cera is weirdly appropriate as Robin. In fact, the voice cast overall is stellar, with Rosario Dawson as Batgirl, Ralph Fiennes as Alfred, Jenny Slate as Harley Quinn, and maybe a dozen other recognizable voices appearing throughout the film.

Is this a straightforward superhero film? Of course not: it’s a pop culture reference-heavy comedy that never plays it straight. And it’s a lot of fun. Parents and older viewers will enjoy the clever references that most kids won’t catch while still being appropriate for children. Further, it’s a great way to introduce kids to the characters in the Batman universe without having to expose them to much darker and more violent content. At the very least, it’s a lot better than Power Rangers.

DC hasn’t had the same stellar success adapting its material to the big screen like Marvel has. In fact, it’s a popular opinion that DC films kind of, you know, suck. Although Wonder Woman was a gigantic hit this year both critically and financially, many previous DC films—Batman V. Superman: Dawn of Justice, Man of Steel—have been letdowns that made many viewers wonder why the company was having such a difficult time translating their influential and popular superhero characters to live action film.

In their attempt to launch a multi-film DC Extended Universe united under a multi-hero alliance (in this case, the Justice League), DC and Warner Brothers constructed a behemoth of a film that was hyped long before its release date, and the result was…underwhelming.

The first DCEU to open under $100 million, it eventually took a worldwide gross of $634 million against a budget of $300 million and an untold amount of promotional costs. Receiving mixed reviews, which praised Gal Gadot as Wonder Woman, criticized Ben Affleck as coming across as bored in the role of Batman, and found most of Justice League an expensive but ugly action film that lumbered from one giant set piece to another as it clumsily attempted to replicate the humor and charisma with which Marvel superhero films tend to imbue their characters.

In the end, one of the most highly anticipated superhero films of the year floundered at the box office and with audiences. With such a gigantic budget, it would have had to have been the biggest film of the year. Instead, it turned out to be yet another expensive exercise in DC’s ongoing attempt to figure out how to translate their much-loved characters to the big screen.

Thor—now in his third standalone film—has been searching for the missing Infinity Stones for the past two years and find himself imprisoned by the fire demon Sutur. Asgard is in turmoil and soon to be destroyed by the prophesied Ragnorok, and his father Odin is dying—and whose death will release his long-imprisoned daughter, whose ambitions threatened his hold on power. But never mind all that: Hulk shows up to smash!

Thor: Ragnorok has been well-received by critics, who found the universe-spanning adventure colorful and highly enjoyable. Its giant CGI effects offer a visual spectacle and it’s a superhero film that functions as pure escapism. Perhaps the best of the three Thor films, Thor: Ragnorok was a huge box-office hit worldwide and reaffirms how good Marvel is at making superhero flicks.