Filmmaker, artist, writer, playwright, poet, mime, tarologist, spiritual guide, and comic book artist, Alejandro Jodorowsky is one of the more prominent and influential figures in underground and arthouse cinema since he broke in the scene with his 1968 polemic debut “Fando and Lis”. Despite having just eight films in his filmography (two of them which he has disowned) he is regarded as a seminal figure in cinema, and his works are still studied and worshiped by enthusiastic cinephiles.

Alejandro Jodorowsky was born on February 17, 1929 in Tocopilla, a small mining town on the Chilean coast. He started writing poetry as a teenager living in Santiago, where he met now consecrated poets like Enrique Lihn and Nicanor Parra, and engaged in several performances and happenings that were ahead of its time.

After his family home was destroyed in a fire he moved to Paris, where he intended to join the surrealist group headed by André Breton. There he studied pantomime with Étienne Decroux, later joining Marcel Marceau’s company, and attended lectures by Gaston Bachelard in the Sorbonne.

In 1962, he founded the avant-garde artistic collective Movimiento Pánico (or Panic Movement, in English) with French artist Roland Topor and Spanish writer Fernando Arrabal. The name of the movement is a reference to the Greek god Pan, a divine figure pretty similar to that of Dionysus, the god of music, poetry, excess and sexual splendor.

The movement was influenced by Artaud’s “Theatre of Cruelty”, Wittgenstein’s philosophy and the 20th century artistic vanguards – specifically surrealism and Dadaism – and many of its actions consisted of happenings, performances, and plays in which the release and transformation of destructive energy was the ultimate goal.

After his stay in Paris he established himself in México, where he produced several avant-garde plays and performances. His filmmaking career started in Paris with the short film “La Cravate”, but his first feature-length film was shot in México in 1968 and premiered at the Acapulco Film Festival, causing a huge polemic.

The year 2013 saw the return of Jodorowsky to cinema with “The Dance of Reality” and its sequel “Endless Poetry”, magical recounts of his childhood and his youth in Chile. Both directed with a healing mindset, they are exercises in forgiveness and exorcism of inner demons.

Although Jodorowsky is best known for his films, he is a very multifaceted and prolific artist. He is an accomplished poet and writer who has collaborated with great artists like French cartoonist Jean Giraud, a prominent tarologist and the creator of ‘psychomagic’, a healing method that is based on the assumption that most of the illnesses spawn from emotional wounds that can be healed with poetic acts that dialogue directly with the patient’s subconscious. 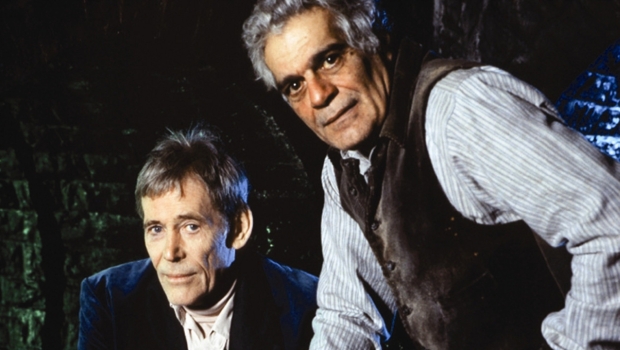 This film is the second film to be disowned by Jodorowsky, and it has the peculiarity of being the only one of his filmography not written by him, and also his most accessible one with names like Peter O’Toole and Christopher Lee in the credits and a toned down and conventional storytelling approach.

In fact, it’s overwhelmingly conventional. O’Toole plays a prince who has decided to abandon civilization and to live in the sewers. He is accompanied by Dima, a burglar, played by Omar Sharif. They both wait for the death of Rudolf, the prince’s uncle and owner of a vast amount of money.

It shares the similarity with “Tusk” of being a more or less regular film. While the script was written by somebody else, and the producer’s negativity in allowing Jodorowsky to fully express himself really harmed his creative process, his visual leitmotifs are not absent from this film – tarot cards, circus performers, and people dancing to circus music can be found all over. With Jodorowsky’s creativity and freedom constrained, this film feels rather like the work of an imitator or admirer. 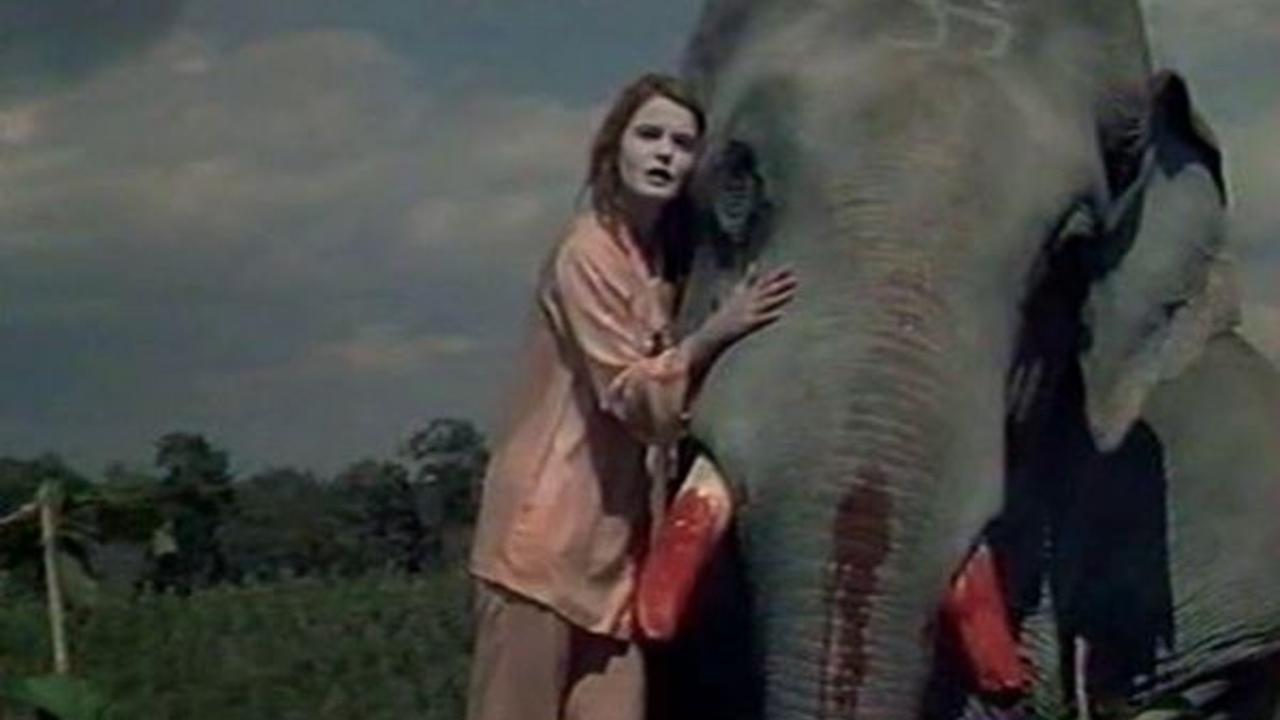 “Tusk” is the first of the orphaned films to be shot. It is set in India and it tells the story of Tusk, an elephant, and Elise, a child born from a rich British family. In the beginning we are informed that this is a ‘Panic Fable’, although absent are the furious primeval energy and the iconoclastic desire that was sought after by the Panic Movement.

This is one of the most difficult films in the list to find due to its producers’ decisions; after it was completed it was shelved for a couple of years, and then only received a very limited VHS release in France.

The plot has a very anti-colonialist feeling, similar to that found in “The Holy Mountain” and “Santa Sangre”. Elise is the daughter of a British family settled in a plantation in colonial India; they own several elephants, one of them being Tusk, who was born the same day as Elise, and they both share a really profound bond.

While some of Jodorowsky’s magic can still be found here, it is very diluted and dull. It might not be a completely bad movie, but it is certainly underwhelming and quite boring as far as Jodorowsky experiences go. It’s only recommended for those interested in watching everything related to the director. 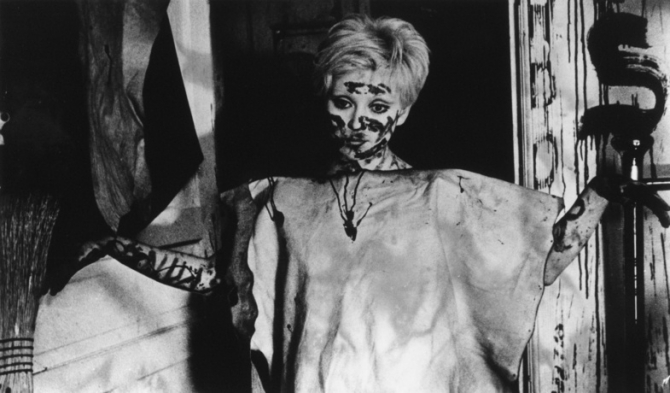 Based on a story by Fernando Arrabal, and made during the lifespan of the Movimiento Pánico, “Fando and Lis” is Jodorowsky’s first feature-length film. It was photographed by prominent Mexican cinematographer Rafael Corkidi in high-contrast black-and-white.

The film premiered at the Acapulco Film Festival in 1968, a year permanently embedded in the Mexican psyche as a year of violence due to the massacre of peaceful student demonstrators perpetrated by the government of Gustavo Diaz Ordaz, and it caused a huge polemic, provoking such great outrage in the audience that a riot broke out and Jodorowsky had to flee the theatre.

After the screening, the many attendants discussed the film, among which we can find director Roman Polanski – who defended the auteur’s right to express himself – and legendary Mexican director Emilio ‘El Indio’ Fernández – who allegedly issued a death threat against Jodorowsky. This wouldn’t be the last time Jodorowsky’s films stirred polemic and discontent in Mexican soil.

It can be seen as an avant-garde piece of performance art rather than a movie, for it defies many of the conventionalisms of storytelling and it has a highly experimental approach. Holding onto the ideals of the Panic Movement, the film is a brutal and restless experience, a merciless and gut-wrenching descent into hell. It follows the nightmarish journey of the jovial Fando and his paralyzed lover Lis, who are searching for the mythical city of Tar.

It is set in a dystopian world where all the cities have been destroyed by war. The poetic language of the film is inflammatory, surreal, and unsettling, managing to make acute commentaries on the hypocrisies of contemporary society, while also constructing a metaphysical narrative of the never-ending cycle of life and death.

“Poesía Sin Fin” is a sequel to 2013’s “The Dance of Reality”, and it’s the poetical recount of Jodorowsky’s youth in Santiago, his first encounters with art and poetry, and ending with his subsequent voyage to Paris with the purpose to meet Andrè Breton and to save surrealism.

Singer-songwriter Adán Jodorowsky, Alejandro’s son (who also appeared in “Santa Sangre”), plays the teenage Jodorowsky in this coming-of-age story. Set in Santiago de Chile in the 1940s and 50s, it follows Jodorowsky as he decides to become a poet after finding a copy of a book by Spanish poet Federico García Lorca.

The many events of his youth – the discovery of love, sex, passion, friendship, art, drunkenness, his escape from the family home, his first flirtations with danger and fear – are all shown to us in a theatre-like mise-en-scène that references Jodo’s career as a theatre director before assuming the role of filmmaker.

The many characters that populate the film, beautified cartoons of the people who he encountered in this time of his life, make of this a really enjoyable and worthwhile experience. Together, with “The Dance of Reality”, this self-reflective film is an effort toward understanding – understanding the world around you and the place where you fit in, and understanding the unlikely path of your life and the decisions and accidents that shaped it.