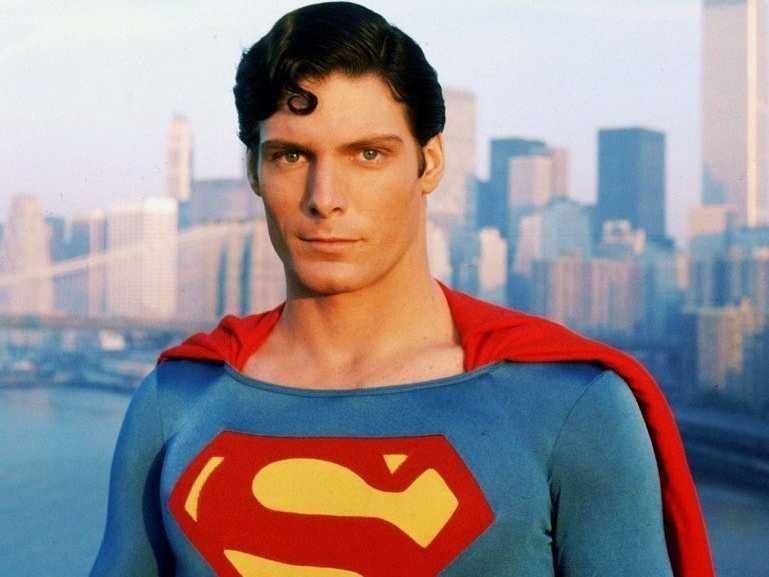 Superman is the gold standard of superheroes. There’s no getting around. Personal bias you may have aside, he’s the A #1. He’s been the biggest for the longest time too, essentially the first superhero ever. So while cinema may not have been up to the technological difficulties of many comic book stories, it was no real surprise that Superman was anointed as the hero to get the first blockbuster treatment. He pushed Hollywood’s limits in terms of what was possible in a movie.

In 1978, it was a massive hit. What’s odd is that it didn’t immediately launch a wave of superhero movies in its wake, only really seeing Hollywood take a big budget swing in 1989 with “Batman”. And for as high as we would see Superman in his initial outing, we’d see the lowest he would ever go in 1987, as his Quest For Peace only resulting in his disappearance from the big screen for 19 years.

While Superman may have not reached that initial high since then, there has been some worthy stuff in his live action output. And to this day, we still haven’t managed to beat the pitch perfect casting of a hero the way Richard Donner did when he plucked Christopher Reeve out of obscurity to become the platonic ideal of heroism. Henry Cavill is doing solid work in the role, but there’s no doubt who reins supreme.

Thankfully, it doesn’t seem like we have a large absence from Superman again in the near future. “Justice League” hits in November and the DCEU doesn’t seem to be slowing down anytime soon. So let’s take a look back at the surprisingly rocky road the hero has forged. No serials have been included because those aren’t movies, they are just episodes of tv projected onto theater screens in a time before trailers dominated movie theater preshows.

Everything about this is bad. Christopher Reeve tries. He can’t not be perfect as Superman. But the light is gone from his eyes. He knows what he’s in for. There’s a true sadness to seeing the absolute master sully himself on the likes of this movie, still possibly the worst comic book movie ever. Just an absolute travesty and one that needs to be forgotten as soon as possible. 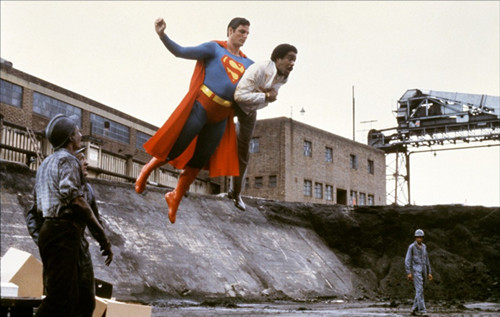 For almost any other series, this would be the worst entry. But Superman is truly blessed to have been handed off to many filmmakers that just don’t get him. And this is the first time we really got to see what fresh hell could be unleashed when material and filmmaker just don’t mesh. Richard Lester was brought on to finish Superman II, but in the end that was a Donner movie with some Lester touches.

The worst parts of the movie btw, but minuscule at the very least. This movie though is just non stop Lester and it is awful. The man has a talent for taking nothing seriously and going for jokes. Lighthearted humor is fine. Hell, it’s perfect for the character. But to make a movie that has no real interest in anything but goofy humor is way out of place here.

The story is nonsensical garbage that adds Richard Pryor in there for no others reason than he was popular at the time, a comedic genius round peg trying to fit into a square hole. But there is one good thing in the movie, even if it’s tied to Reeve. They give him the ability to play two roles essentially, with him having to play dark Superman.

It’s an interesting concept and has some decent moments within, such as a fight between the two supermen. But given Lester’s inability to deliver something worthy, it doesn’t soar. Which is a shame. The writing was on the wall here that Superman’s time to shine was coming to an end and sadly, it would take way too long to see anything worthwhile again. 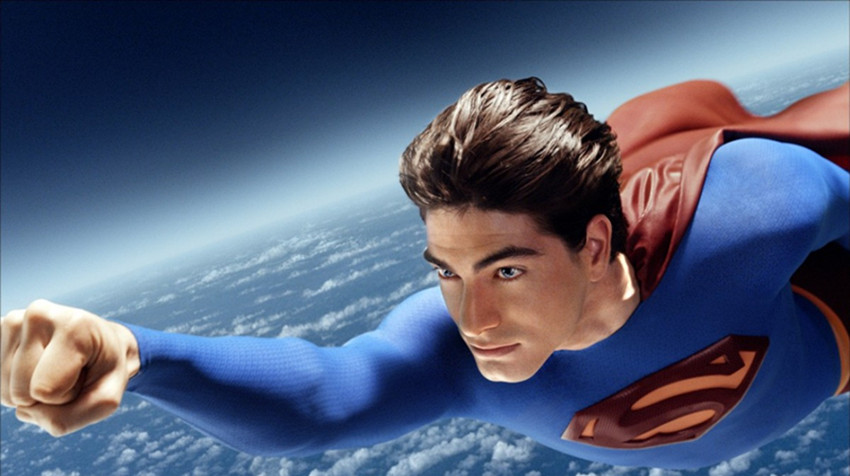 There is no more frustrating movie in the entire Superman oeuvre than this one. Bryan Singer, fresh off the then comic book movie peak with “X2: X-Men United”, was brought on to bring Supes back to life after years of development hell. He was gonna go back to the Donner world, making a semi sequel to 2 that ignores 3 and 4. Cool. This was bound to work. But alas, it doesn’t.

It is the most lifeless superhero movie ever. Not the worst. But unbelievable long and boring, never getting any juice flowing into its veins. But not only that, it just feels so phony. Bryan Singer is not Richard Donner. This movie showed us the limitations of Singers abilities. And going for the colorful fun of Donner is something he can’t do. Singer clearly has no visual panache and it shows.

The movie just reeks of fan film. Brandon Routh does his damnedest to do Reeve proud, but he’s just another lifeless element to the movie. Kevin Spacey could have overcome the shortcomings of Hackman’s performance as Lex Luthor, but he doesn’t. There’s no real narrative to speak of, so the movie has no propulsion. Scenes just happen and then another scene happens with no connective tissue.

If the movie was able to stake its own claim to the Superman mythos and make a reflective character piece, that would be fine. But it doesn’t. And it turns Superman into a stalker and a deadbeat dad, not to mention a man who will abandon Earth for a fools errand. The movie is just wrong and hollow, feeling of a piece with other “prequel” movies like the “Star Wars” prequels or “The Hobbit” movies. Just a massive disappointment that has the sad benefit of not being as bad as 3 or 4, and that’s about it.

Hot take is incoming. This movie is not as bad as its detractors want you to believe, but it isn’t as good as its extremist fanboys want you to believe it. It’s an ambitious movie with just as much good as bad. That being said, there is a severe misrepresentation of Superman’s portrayal in this movie. It’s a weird misconception that has gained steam since the release of “Man Of Steel”, and instead of giving out a mea culpa, the critics have doubled down on this notion that Superman is an emo murder machine that spits in the face of the history of Superman. But that is utter nonsense.

There is something much more interesting at play in the movie than people wanna let on. To their defense, it is a bit muddled in either version of the movie (though it’s much more clear in the extended cut). This is a Superman who has embraced his status as a hero. Gone is the conflicted emotions set in by his adopted father. So much so that he doesn’t care when some media outlets try to paint him as a monster. He knows what he did is right and that’s that.

But after a certain point, he comes to realize that the anger directed at him is much darker than he thought. It gets to him and throws him off his game, so much so that he has to go on a vision quest to find himself again. He has to accept his place in the world and accept that people may be broken and filled with hate, ultimately there is more good than bad. And that he has to rise above the hate and stand for something greater. It isn’t too dissimilar to the arc of Batman, except that Superman doesn’t even come close to giving in to the darkness the way Batman does.

Hell, when the time for the title fight comes, Superman doesn’t want to fight. Even being blackmailed with the potential murder of his mother, Superman tries his damnedest to get Batman to see reason and team up to stop Lex. The culmination in this arc ends with Superman sacrificing himself for the greater good. It gives Batman and Wonder Woman the hope back that they had lost after a lifetime of pain and loss. It gives the world the last piece of evidence they need to realize Superman was an ally.

This isn’t some hateful version of Superman. Stoic? Absolutely. When the shit is real, he is all business. But when he’s not in the midst of it? He’s got a smile. He’s friendly. When he has to stop following Batman at the Luthor event to go save a little girl in Mexico, he’s not upset. When he delivers this girl back to her parents, he is beaming. This is a man who is happy to do what he can.

If anything, Henry Cavill’s Superman is the most true to form version of Superman that we have seen since “Superman II”. Is it perfect? Hell no. But the intent and (for the most part) execution is there. And in comparison to the three movies below it, that is nothing to sniff at.